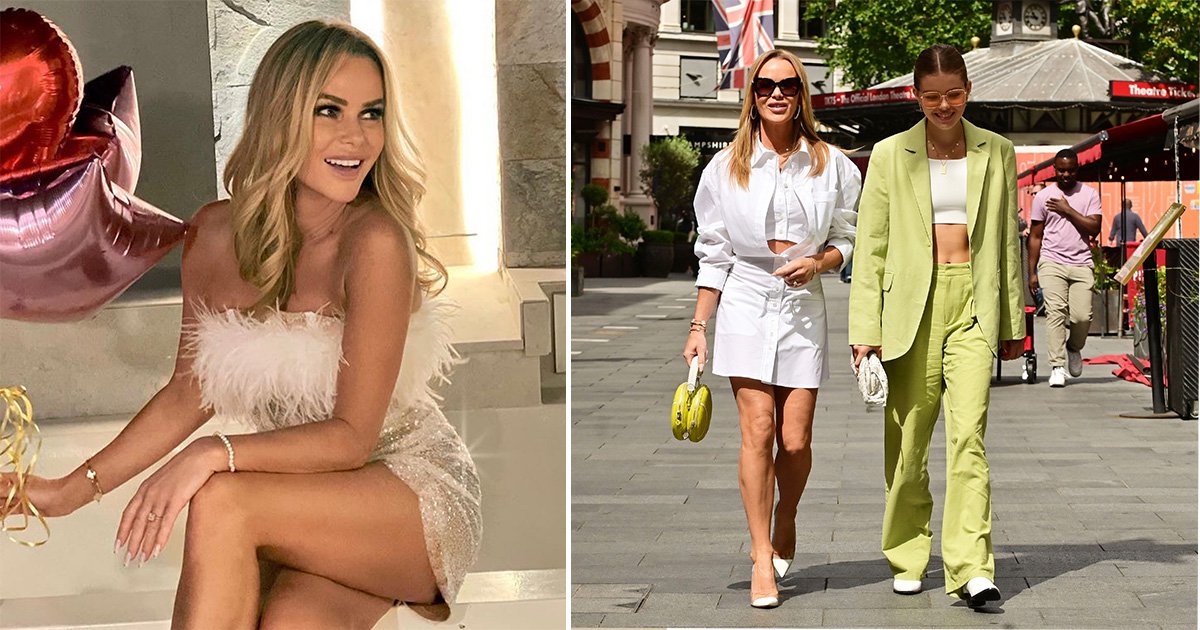 Amanda Holden has revealed she sometimes raids the wardrobe of her 16-year-old daughter Lexi to remove anything too skimpy – and then adds it to her own wardrobe instead.

The Britain’s Got Talent judge, 51, is known for turning heads in skimpy outfits herself on Instagram – and her dresses have even sparked Ofcom complaints from viewers – but she draws the line at her teen daughter wearing revealing outfits.

‘I went, “No, you’re not wearing that to Reading Festival, but Mummy can have it,” so Mummy’s got it, and waiting for a moment to wear it.’

She added: ‘It just about covers the bits up top that you would expect it to cover, but it was definitely not for my daughter. In two years, she can have it back.’

Amanda revealed that her husband Chris Hughes, 49, and her daughters Lexi, 16, and Hollie, 10, are big fans of her wardrobe choices, with Chris even telling her to ‘ger her legs out’.

She added that her kids are used to her revealing outfits and wouldn’t tell her to change, joking: ‘Not that I would listen!’

Amanda previously opened up about the Ofcom complaints she received after wearing low-cut dresses on BGT, admitting she finds it funny.

She told the Sunday Mirror’s Notebook in November: ‘I laugh at how a bit of side boob can cause such a furore. I’m like, well as long as they’re talking about my t**s… [laughs] I find it funny.

‘We should be able to dress how we want. There’s no interpretation. I’m not sexy, it’s everyone else sexualising. I think I was the top complaint until Piers Morgan overtook me. Damn!’

Amanda has also previously vowed never to change her style based on what other people tell her to wear and doesn’t believe that clothing should be dictated by age.