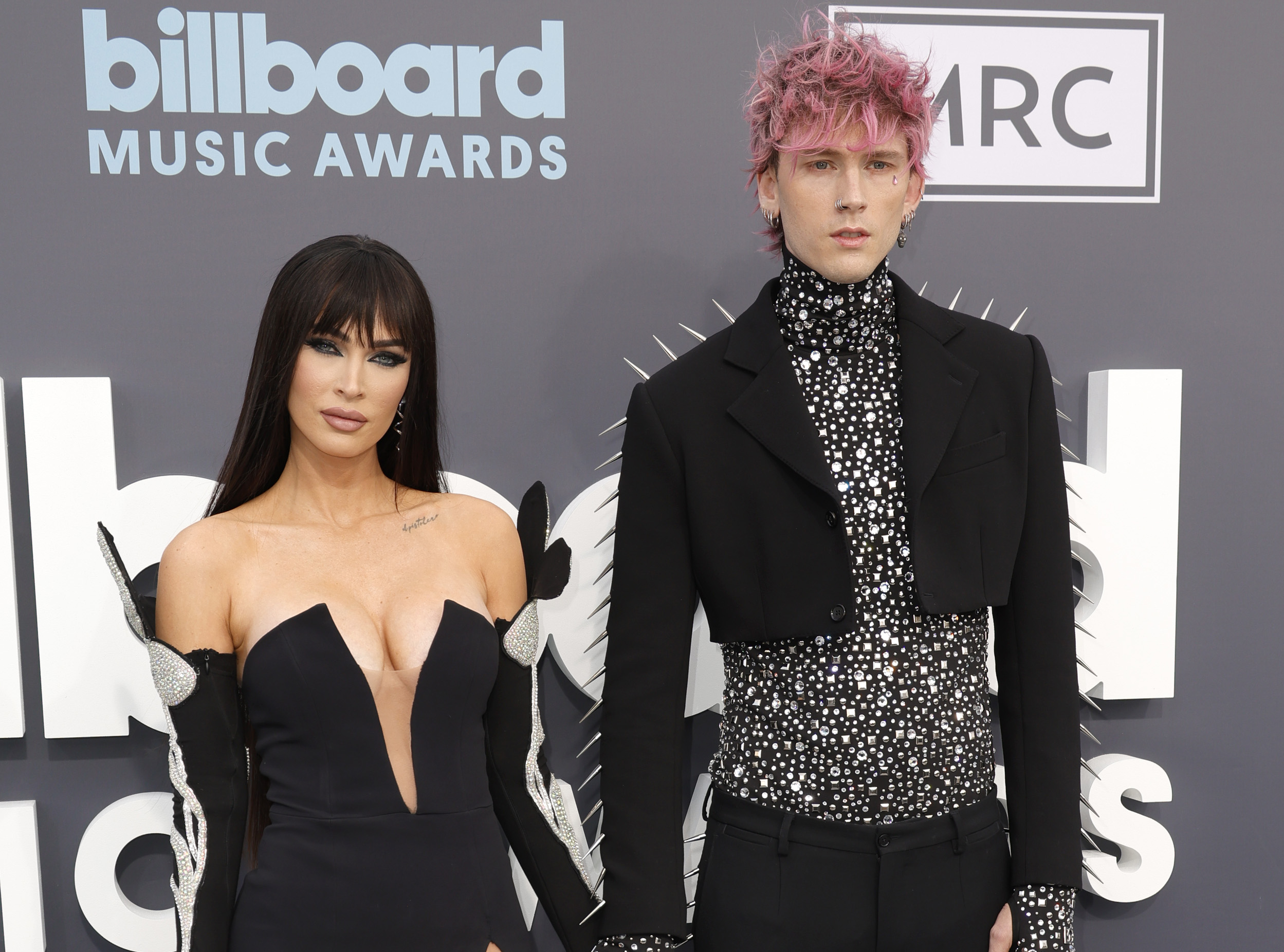 Machine Gun Kelly did the absolute most to get fiancée Megan Fox’s best angles at the Billboard Music Awards 2022.

The couple, who announced their engagement earlier this year, popped up on the red carpet at the MGM Grand Garden Arena this evening, alongside a string of huge names.

The Transformers actress looked incredible in a black gown, complete with silver flower detail on both arms and a thigh-high slit.

While her beau got the silver and black memo, donning an embellished long-sleeved top, paired with a spiked blazer and matching trousers, with similarly studded shoes.

The musician proved himself to be the best Instagram boyfriend on the night, and got down on his knees to photograph his wife-to-be.

Megan and MGK first met while filming Midnight in the Switchgrass in March, 2020, and were linked two months later.

They confirmed their romance in June of that year before making things Instagram official shortly after.

At the beginning of the year, the lovebirds announced their engagement with a very loved-up video, shared on social media.

‘In July of 2020 we sat under this banyan tree. We asked for magic,’ Megan said at the time.

‘We were oblivious to the pain we would face together in such a short, frenetic period of time.

‘Unaware of the work and sacrifices the relationship would require from us but intoxicated off of the love. And the karma.

‘Somehow a year and a half later, having walked through hell together, and having laughed more than I ever imagined possible, he asked me to marry him.

In another understated chat about their romance, the Ninja Turtles star revealed that she actually ‘manifested’ her beau at the age of four years old.

‘He’s literally my exact physical type that I’ve been manifesting since I was four,’ she told Glamour Magazine. ‘I’m also four years older than him.

‘My thoughts and intentions grew him into the person that he is, who knows what he would’ve looked like or been like if it wasn’t for me.’