Britney Spears’ boyfriend Sam Asghari talked about his dedication to acting in a new interview with Variety.

While the 27-year-old entertainer admitted his ‘ultimate goal’ was to work across genres, Sam said he has his eyes on making action movies at the moment. 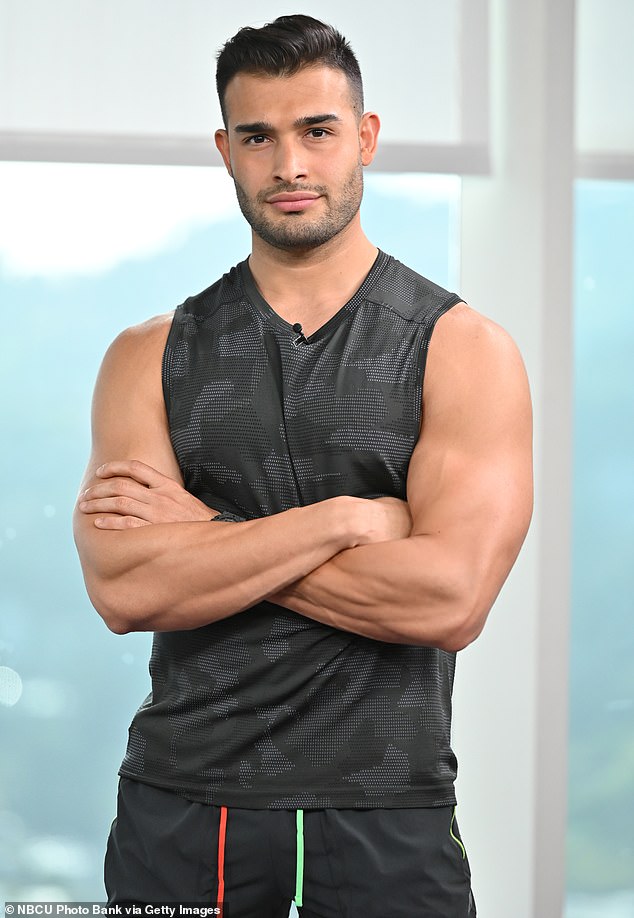 Big plans: Britney Spears’ boyfriend Sam Asghari recently opened up about his ambition to become an action star during an interview with Variety; he is seen in 2020

But he made it clear that he can be as versatile as a performer as possible.

‘My ultimate goal is to really become a well-rounded actor,’ he went on.

‘I want to do action, but I want to be able to do drama as well. This is my craft, and I want to accomplish it 100 percent,’ he stated.

Asghari has big aspirations, telling Variety he wants to ‘be the first Middle Easterner that plays a superhero.

‘Marvel or anybody — they should give me a call,’ he quipped. 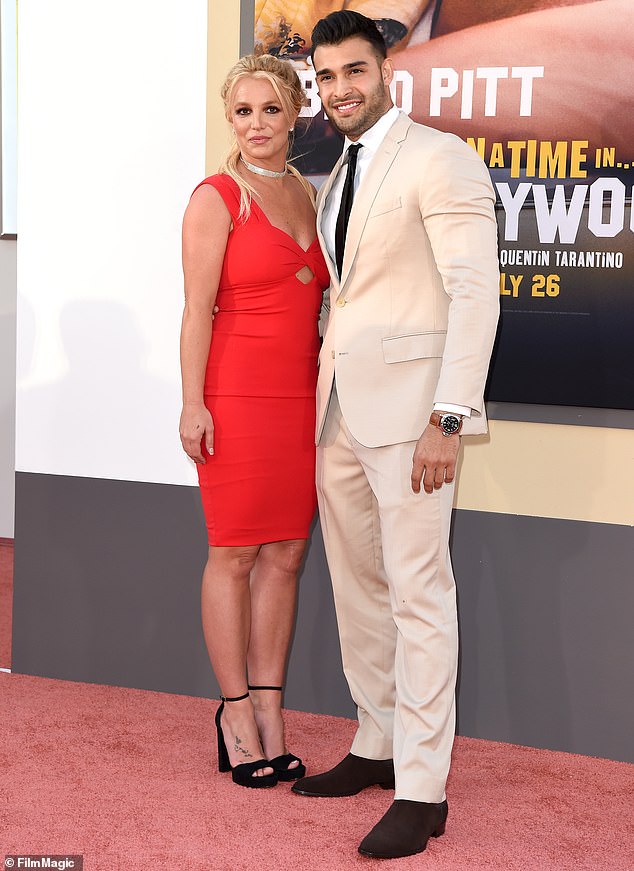 Working hard: Asghari wants to be a ‘well-rounded’ actor above all else. He is seen with Spears at the 2019 premiere of Once Upon A Time In Hollywood

Sam said he’s been inspired by watching masters of the craft on screen.

The influencer said: ‘When I do cardio for 45 minutes or up to an hour when I’m on the treadmill, I’m studying watching.’

‘I consider it as my craft. I no longer watch a story of the film: I watch performances,’ he added.

Britney’s beau recalled his first urge to start acting, telling Variety he was inspired after losing over a hundred pounds following his college graduation. 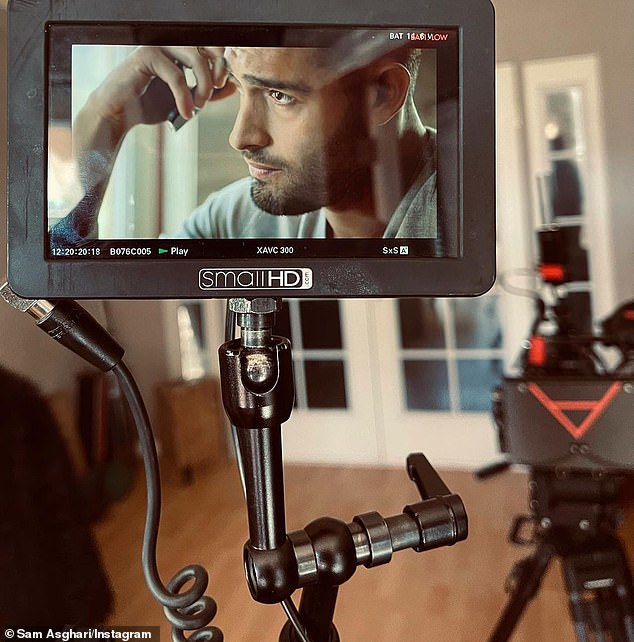 Developed method: Asghari told the media outlet that he now watches films when he is working out in order to study various performances

‘I was doing theater and arts, but as a hobby — it was never as a profession.

‘But once I started seeing a certain physical change… I started really actually getting into acting,’ he remarked.

He eventually landed a role on the Showtime series Black Monday.

Things happened quickly, as Asghari remembered: ‘It was such a quick audition — a couple of lines. And then a couple of weeks later, they booked me. I was in Italy on a project, and I heard they needed me to fly back.’ 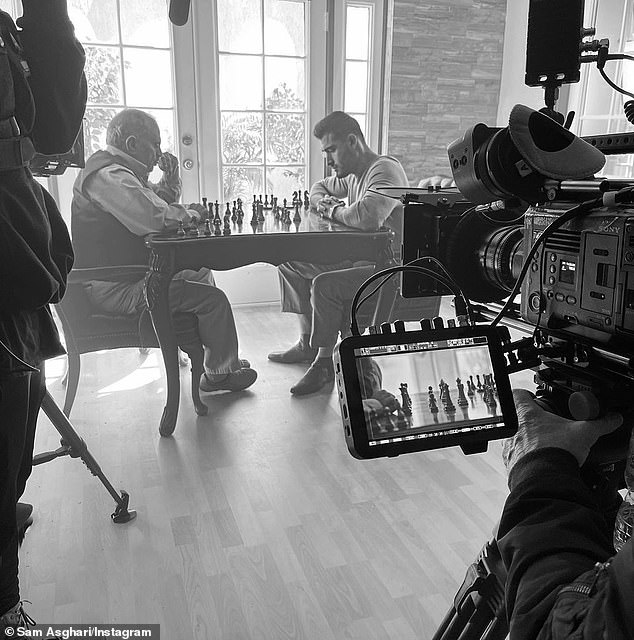 Change-up: The bodybuilder also expressed that he first became seriously interested in acting after finishing college and losing a substantial amount of weight

‘I’d rather them not know who I am, so that way they can actually see the character,’ he said.

‘So they don’t see Sam Asghari…that way they can actually judge my acting abilities rather than my fame, or my presence on social media,’ the bodybuilder noted. 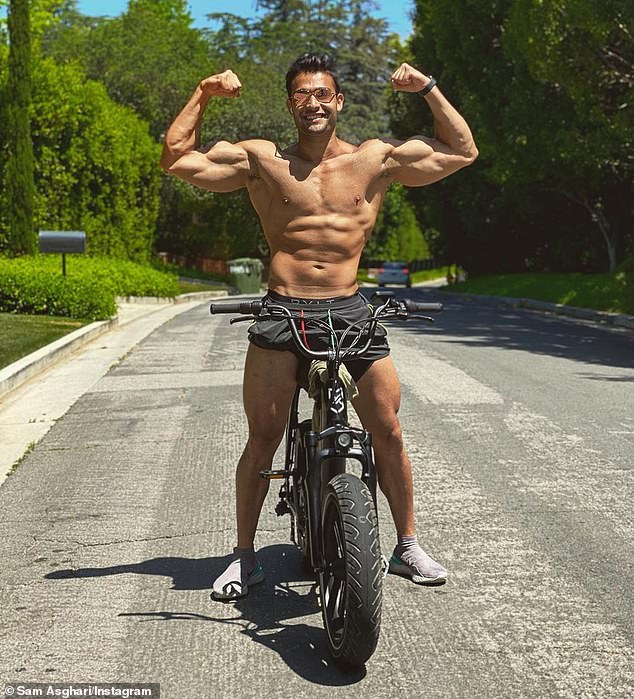 Serious performer: The social media personality expressed that he wanted producers to ‘judge my acting abilities rather than my fame’

‘And, yes, I do deals here and there, but I try to not do the deals that are cheesy or influencer type things,’ Asghari said.

The media personality has been featured in smaller roles in various films and television projects over the last few years.

Earlier this year, he portrayed Sexy Santa during an episode of the HBO Max dark comedy series Hacks. 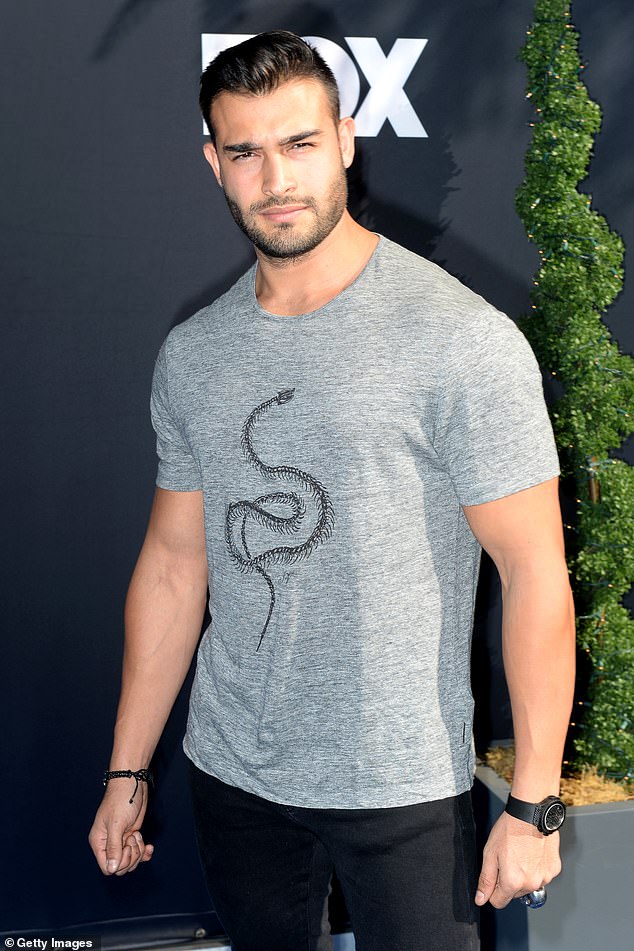 Making strides: Asghari has been featured in various small roles over the past few years and recently portrayed Sexy Santa on an episode of the HBO Max series Hacks; he is pictured in 2019