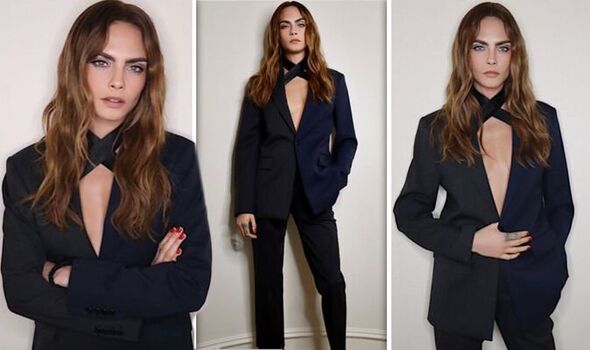 Cara Delevingne stunned in an oversized blazer and black trousers

Tonight, Cara Delevingne looked chic as she posed for snaps ahead of Paris Fashion Week this evening.

Striking a pose before the event, Cara gave a smouldering look to the camera in three snaps which were praised by her fans.

For the special night, she sported smart black trousers and a half black, half navy oversized blazer which brought attention to her braless display.

Adding to her look, she opted for contoured make-up and wore her hair in a wavy style.

Her appearance comes days after concerns were raised about her behaviour.

Cara was seen acting erratically while walking with no shoes and smoking a cigarette outside her home earlier this month. 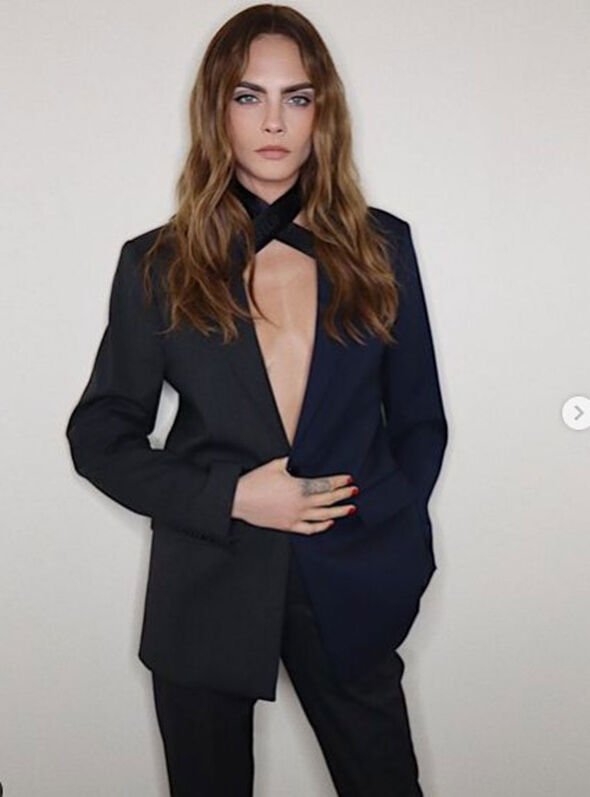 The model put on a sensational display for the occasion 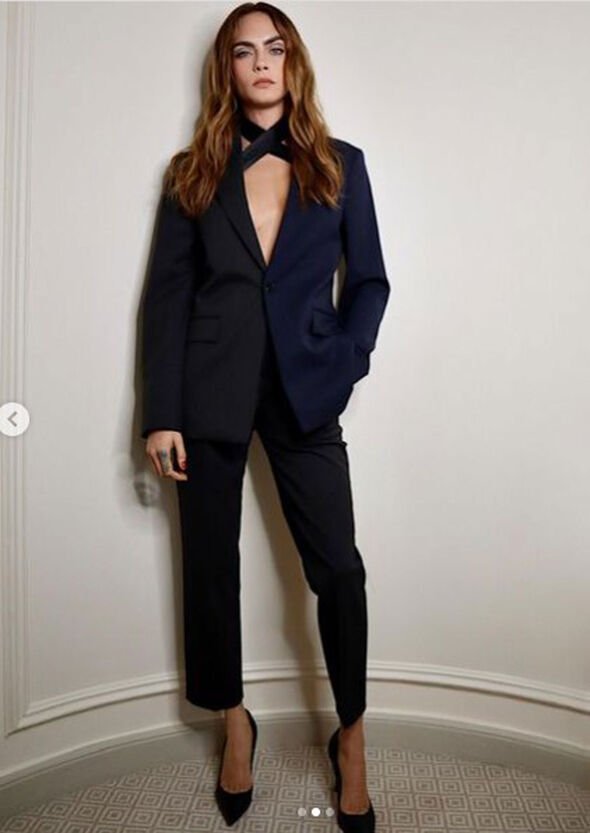 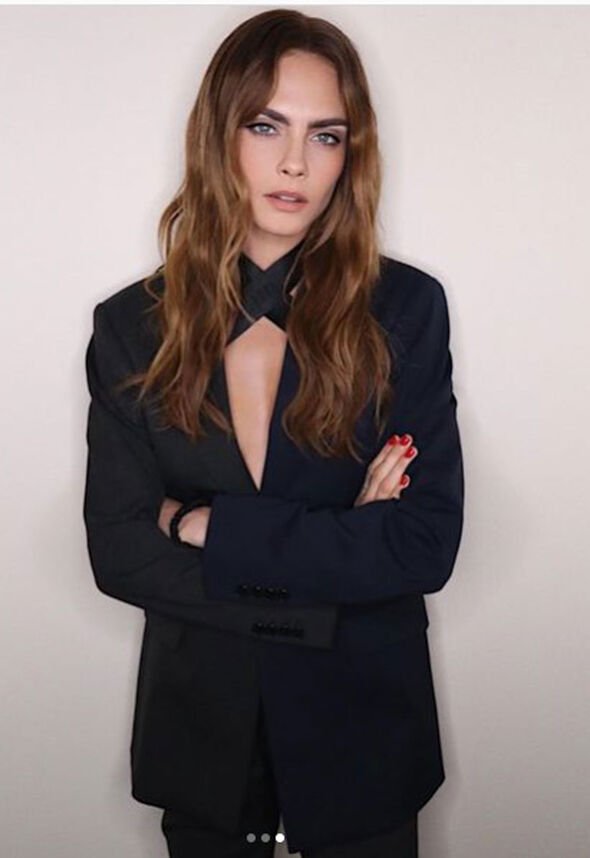 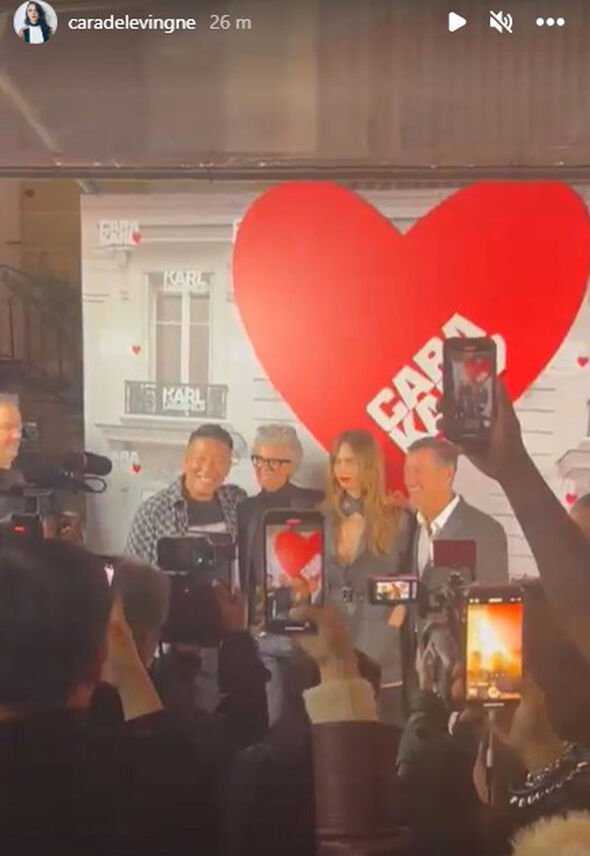 Star of the show 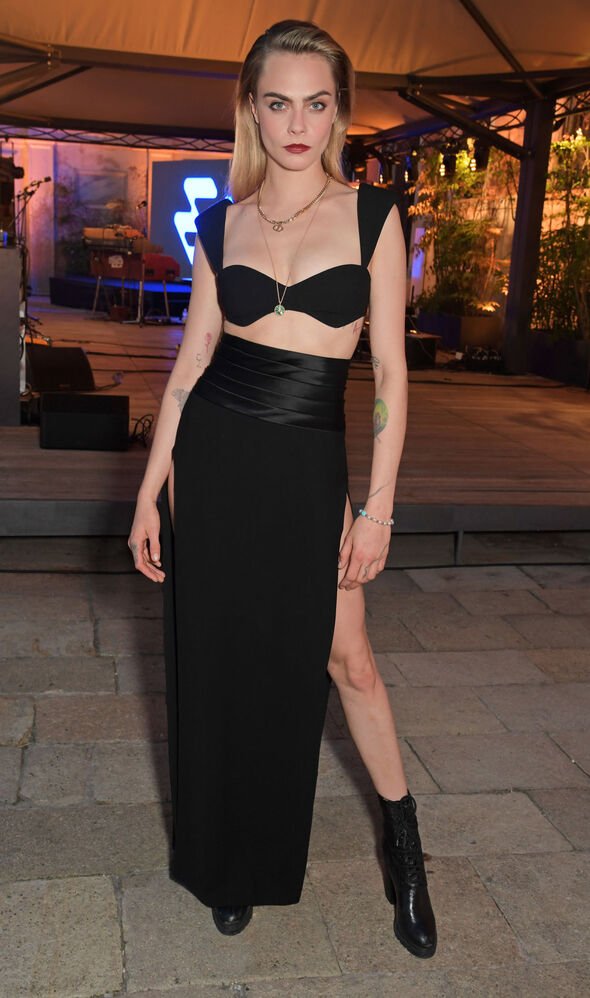 The model was seen acting erratically while walking with no shoes on outside her home. 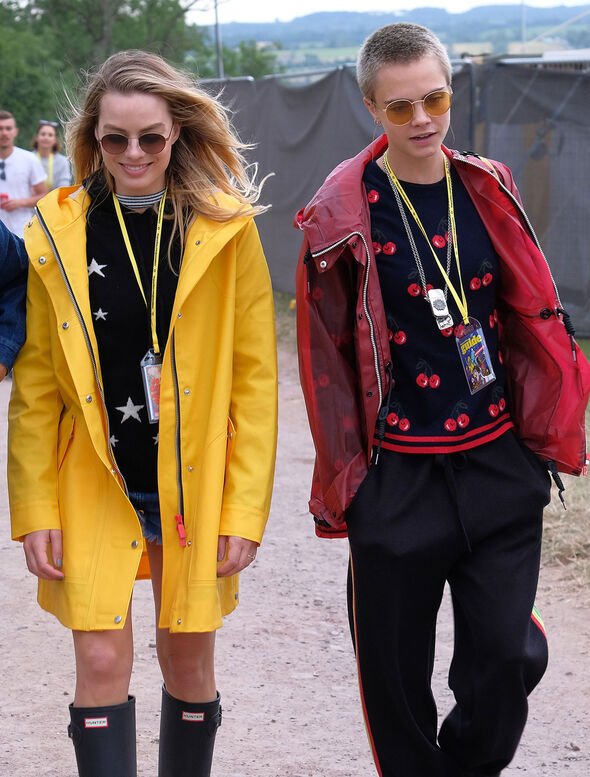