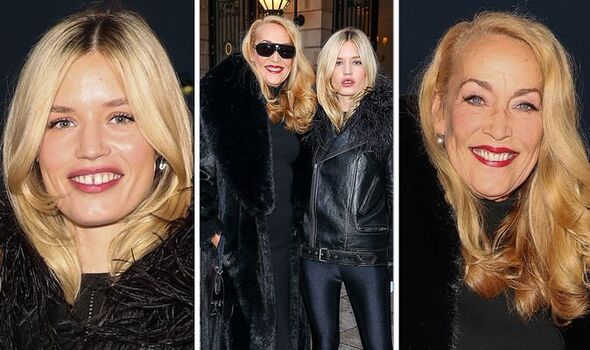 Both dressed in black, Jerry and Georgia dazzled at the Saint Laurent Womenswear event in Paris on Tuesday, September 27, 2022. Their blonde locks tucked into their big coats, as the pair posed in front of the YSL light up sign.

The mother and daughter modelling duo turned heads as they smiled for cameras at the Saint Laurent Womenswear Spring Summer 2023 show in Paris on Tuesday.

The blonde bombshells both dressed head-to-toe in black and put their arms around each other as they showed off their natural abilities in front of the camera.

Her mother, 66-year-old Jerry Hall showed off her impeccable figure with a slimline black dress and a fur coat to cover her shoulders and protect her from the cold.

Georgia May is only one of the children Jerry and Rolling Stones icon Mick Jagger share. The others include Elizabeth Scarlett (born 1984), James Leroy (born 1985) and Gabriel Luke (born 1997). 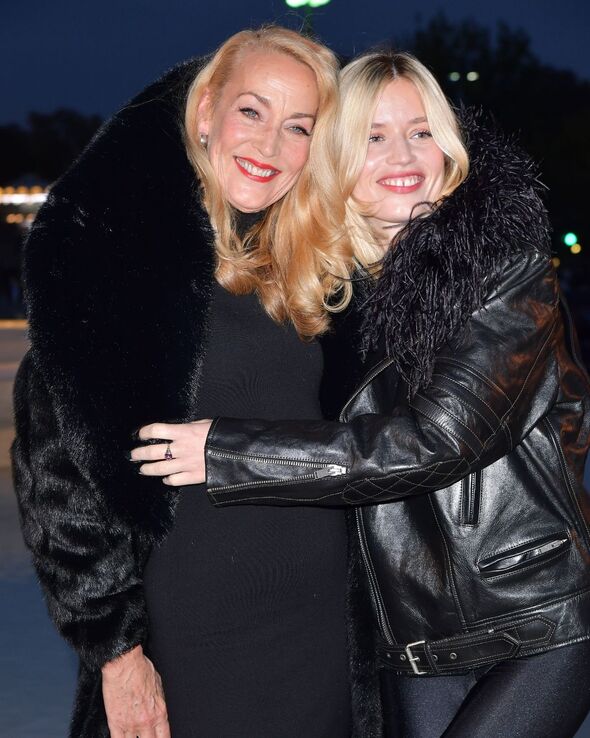 Already in their big coats, Georgia put a reassuring arm around her mother as the two of them beamed at cameras taking their picture. Jerry put her head against her daughter’s as their pair looked happy to be attending the event together. 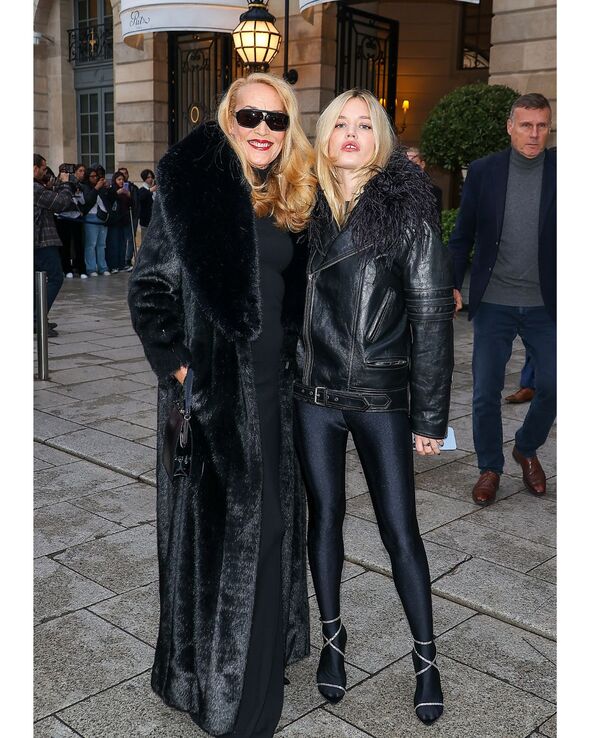 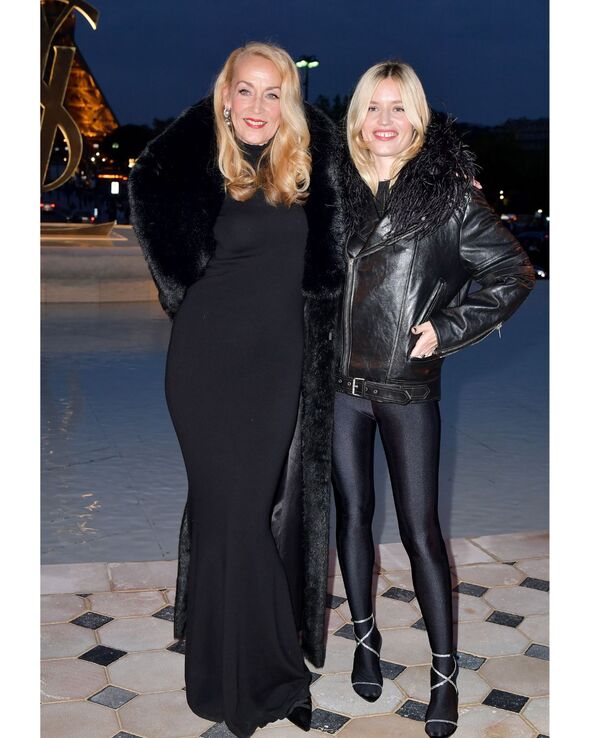 Following in her mothers footsteps, Georgia worked the camera

Georgia, who has modelled for numerous high end brands such as Chanel, Tommy Hilfiger and Vivienne Westwood, beamed next to her mother. The young model showed off her long legs wearing leggings and a big leather biker jacket which had a massive feathery collar. The star’s pink lips were similar to her mothers. 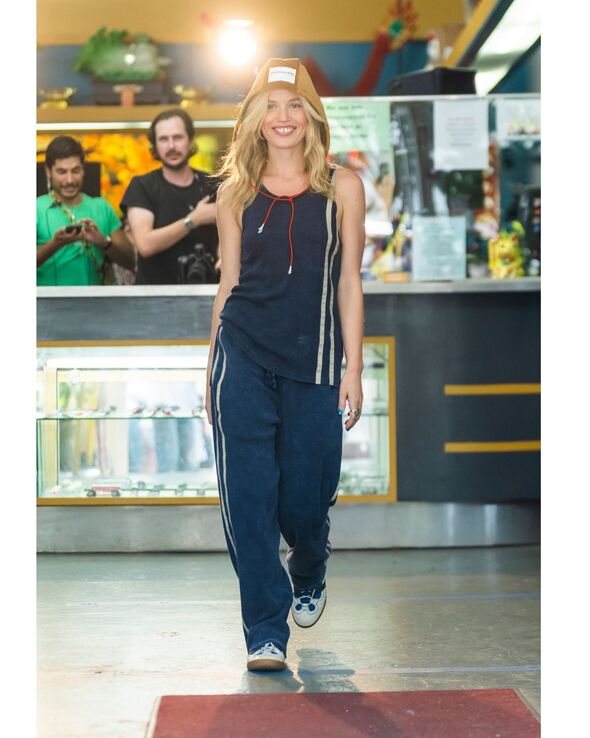 Earlier this month Georgia opted for a matching tracksuit look as she attended the Foo and Foo fashion show during New York Fashion Week. The star wore a navy blue striped tracksuit, blue and white trainers and a detached beige hood, which she tied around her neck with the red strings. 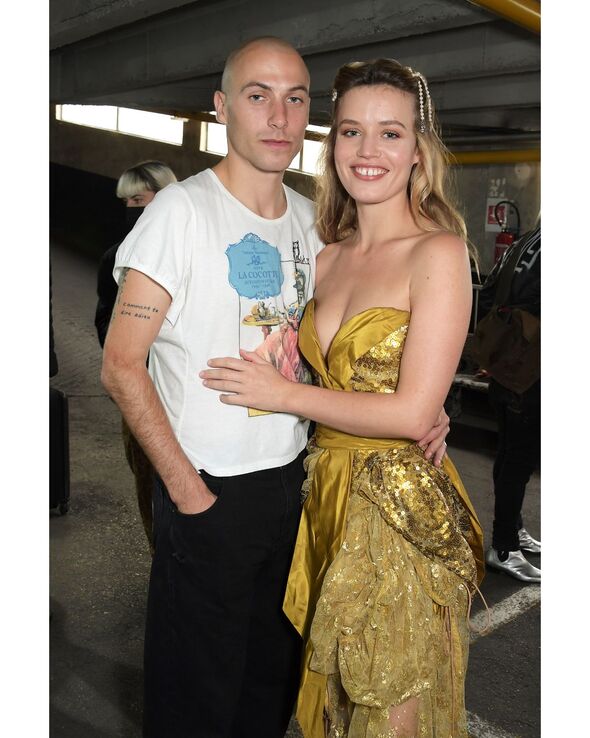 No ring on Georgia’s finger after sparking marriage rumours

Posing next to her mother, no ring on Georgia’s right index was spotted. Interest comes after the star and her boyfriend Cambryan Sedlick hinted at something more than romance when they were pictured in Los Angeles wearing matching rings on their respective fingers. The pair have been dating for little more than a year after their relationship was first reported in July last year. 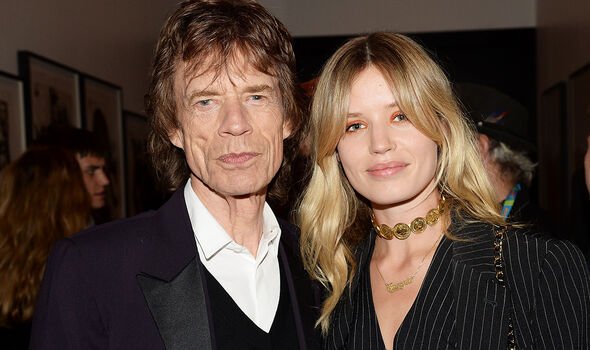 Despite being pictured next to her mother, Georgia is the spitting image of her father, Mick, 79. Jerry and Mick started dating in 1977, before marrying in 1990. Georgia was the third of their four children, with Georgia inheriting similar genes from her fathers side.