Home » Celebrities » Catwoman Eartha Kitt was no sex kitten, according to daughter

Catwoman Eartha Kitt was no sex kitten, according to daughter

But the seductive singer and actress died aged 81 as she had lived – fighting. “She screamed, then suddenly silence. She was gone.” The star’s death from cancer on Christmas Day, 2008 – during the festive season when her best-loved hit song Santa Baby plays constantly worldwide – is the dramatic climax of a moving new memoir, Eartha & Kitt, by her daughter. “Even as she departed this earth it showed who she was at her core: always fighting, never giving up,” says the singer’s only child, Kitt Shapiro, 59.

A sharecropper’s daughter from South Carolina, who never knew her father and was abandoned by her mother at the age of four, Eartha overcame childhood abuse and neglect to become a star of Broadway and Hollywood. She recorded 40 albums, spoke four languages, and famously brought Catwoman to life on Sixties TV series Batman.

Filmmaker Orson Welles called her “the most exciting woman in the world”. But she was also targeted by the US government for her opposition to the Vietnam war, and branded a “sadistic sex nymphomaniac” by the CIA.

But Kitt, Eartha’s daughter from her marriage to wealthy white accountant Bill McDonald, saw a side of the smoky-voiced siren that few others experienced.

“On stage she was a strong, seductive sex symbol with jewels and furs, but off stage she was shy, never lewd or crude, and shunned profanity. She was actually a prude.

“I grew up with a mother known as a sex kitten who ironically was suspicious of all men. She’d been hurt by so many in her life, ever since she was abandoned by her father.

“She’d warn me, ‘Don’t trust men! They’re only after one thing! Never be dependent on a man’.

“In many ways she needed me more than I needed her,” says Kitt, who became her mother’s constant companion, and for 17 years her manager. 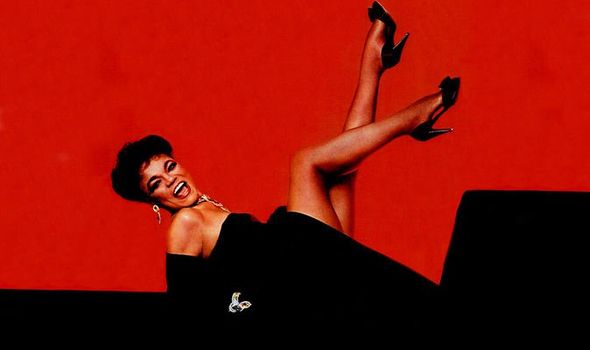 “I gave her roots that she had lacked as a child. She never knew her father, was ­abandoned by her mother, and abused by those she was left with. I gave her the stability that she craved. And she gave me all the love she had. She didn’t just love me. She adored me.”

Eartha wrote in a letter: “I only feel human completely when she is near.”

Race cast a complex shadow over the singer’s life. Eartha believed that her absent father was white, and her mother later abandoned her to strangers when she married a black man who refused to take in a mixed-race child.

Kitt adds: “My mother defied anyone to define what either of our racial identities was. She said she wasn’t black or white or pink or green – she was human.”

Eartha proclaimed: “I don’t carry myself as a black person, but as a woman that belongs to everybody.”

She battled for racial equality as she performed in US hotels where she was barred from staying. Thrown out of a whites-only amusement park in South Africa while visiting with Kitt, Eartha took her revenge when the chagrined owner realised she was a celebrity, and invited her back. She demanded a donation to build schools for black African children, and extra tickets. 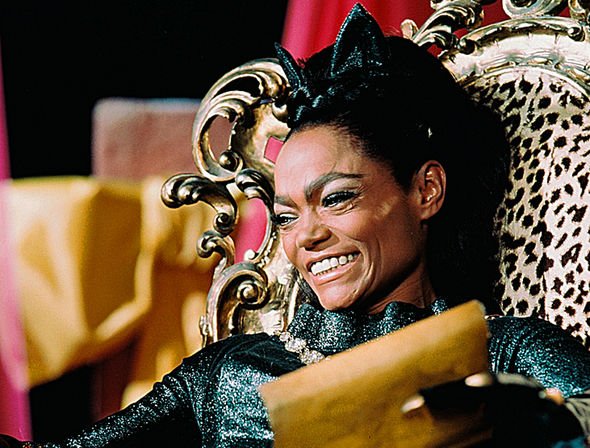 “She got two black children, two white children and two light-skinned ‘coloured’ children, and we returned to the park together,” recalls Kitt. “She understood that she could help bring about change. By the time I was six, my mother was playing Catwoman on Batman, which was a big deal. This strong woman of colour in a skintight bodysuit, flirting with a white man, with palpable sexual tension between them? That was unprecedented in 1967.”

Invited to a White House luncheon for “women do-ers” in 1968, Eartha reduced the president’s wife, Lady Bird Johnson, to tears when asked her opinion on rising
juvenile delinquency in the US.

“The children of America are not rebelling for no reason,” said Eartha. “You send the best of this country off to be shot and maimed.” Outraged, President Johnson ordered a secret CIA investigation into Eartha, and her performances were cancelled across America.

“She found herself blacklisted and unable to work in the US for many years to come,” says Kitt. “Years later, when she ­discovered that the CIA had branded her a ‘sadistic sex nymphomaniac’, she found that amusing – she’s the complete opposite.”

Her love life was equally multi-racial. 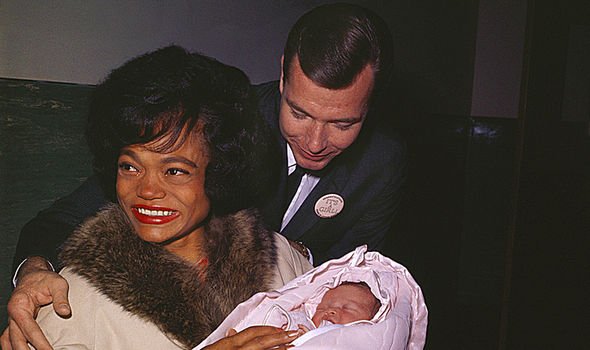 Once she became a singing star in the 1950s, Eartha was romanced by some of the world’s most eligible bachelors, including Revlon cosmetics millionaire Charles Revson, and Hollywood mogul Arthur Loew Jr, though she was dumped when their families objected to a mixed-race ­marriage.

She eventually wed Bill McDonald, but his opioid addiction, used to dull the pain of his Korean war injuries, and Eartha’s hectic touring schedule tore them apart. “By the time I turned two my parents had already separated,” says Kitt.

Eartha never remarried, saying: “I have my child and I have my career. Why would I need a man to make me feel whole?”

Says Kitt: “The two things my mother feared most in life were being hurt in love, and losing me. I toured the world with her as a child and I took on the pain she felt from her tortured childhood.”

Yet as Kitt grew, she came to resent her mother’s clinging closeness. “As a teen I really wanted to hang out with my friends and felt guilty for disappointing her,” she says. “My mother took this personally. When I got married, my mother was practically suicidal. It was her childhood fear of rejection and abandonment. She walked me down the aisle like she was walking the plank.” 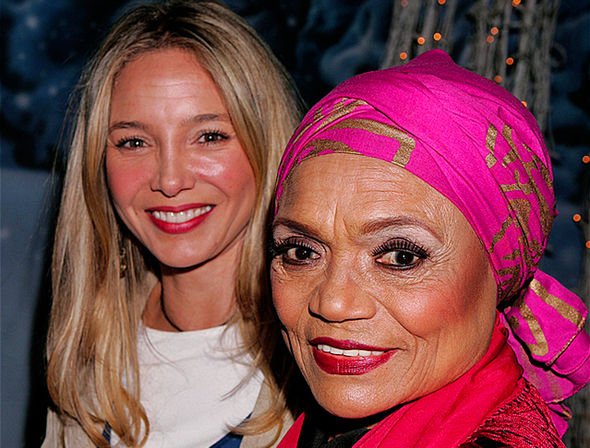 “I sacrificed myself somewhat for my mother,” admits Kitt. “I didn’t pursue a different career. But I feel that was the right thing to do. For both of us.”

“She took Tupperware to the world’s fanciest restaurants to bring home leftovers, even from other diners’ tables, saying, ‘You don’t know what it’s like to feel hungry’,” says Kitt. Despite her minks and jewels, Eartha valued property more.

“I trust the dirt,” she said. “I don’t trust diamonds and gold.” But Kitt insists: “Like her name, my mother was down-to-earth. Living in Beverly Hills we raised chickens, grew our own vegetables and composted, way ahead of our time. She was not a diva. She was always true to herself, and though often very fearful, she stuck to her guns and never compromised.”

Despite all her success, Eartha never felt she really belonged.

After her death on Christmas Day 2008, it was painful for several years for Kitt to hear her on the radio singing Santa Baby.

“Now when I hear it, her voice is always a source of comfort,” she says. “I smile instead, and say: ‘Thank you, Mum! Thank you for being my mother.’”