Craig Revel Horwood has slashed £550k from the £3,295,000 asking price of his sprawling mansion in Hampshire.

The Strictly judge, 56, put the property on the market in February, with plans to move closer to his fiancé Jonathan Myring’s family.

However after six months on the market, Craig has decided to knock off more than half a million off the property price in the hope of securing a new owner, reducing it to £2.75million. 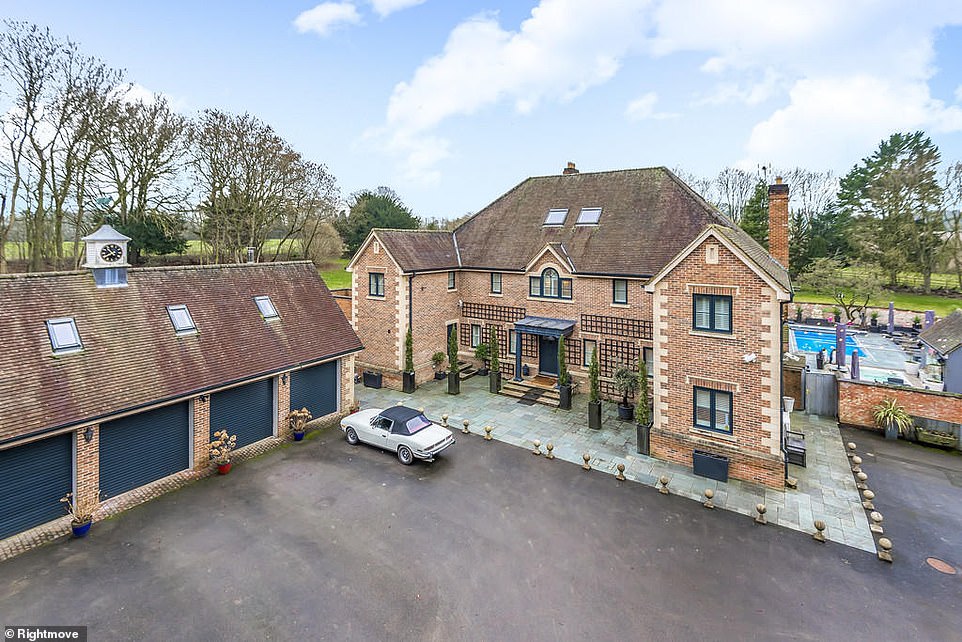 Price drop: Craig Revel Horwood has slashed £550k from the £3,295,000 asking price of his sprawling mansion in Hampshire

A source told The Sun: ‘Despite being a luxurious pad with a swimming pool and a glitzy interior decorated to his ostentatious taste, Craig wants more.

‘He’s said he wants a pad with even more bedrooms as well as moving closer to the family of his partner, Jonathan Myring, whose family live in Leicester.

‘He’s serious about wanting to make the move and the fact he’s reduced the asking price is a reflection of that determination.’ 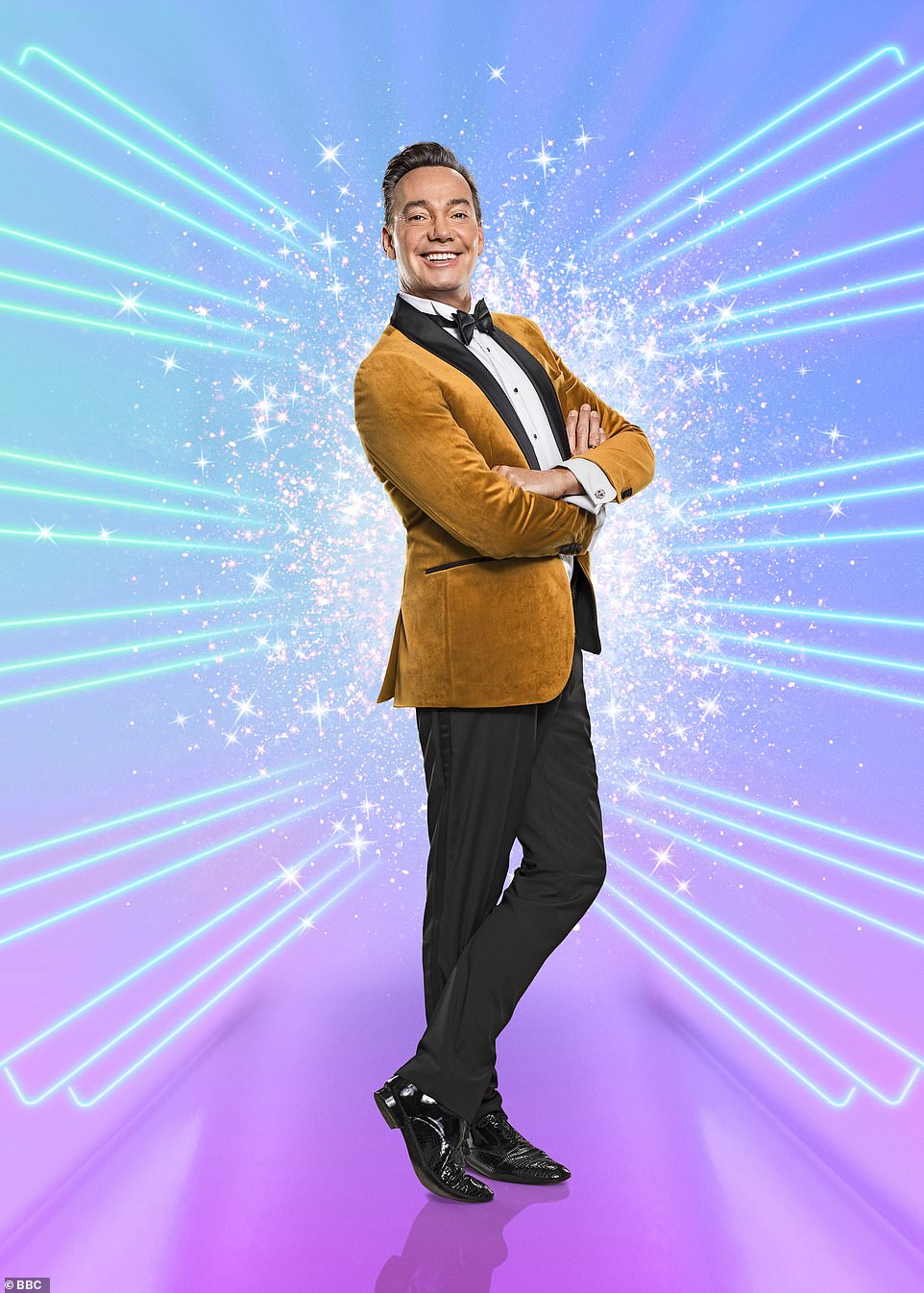 Next chapter: The Strictly judge, 56, put the property on the market in February, with plans to move closer to his fiancé Jonathan Myring’s family 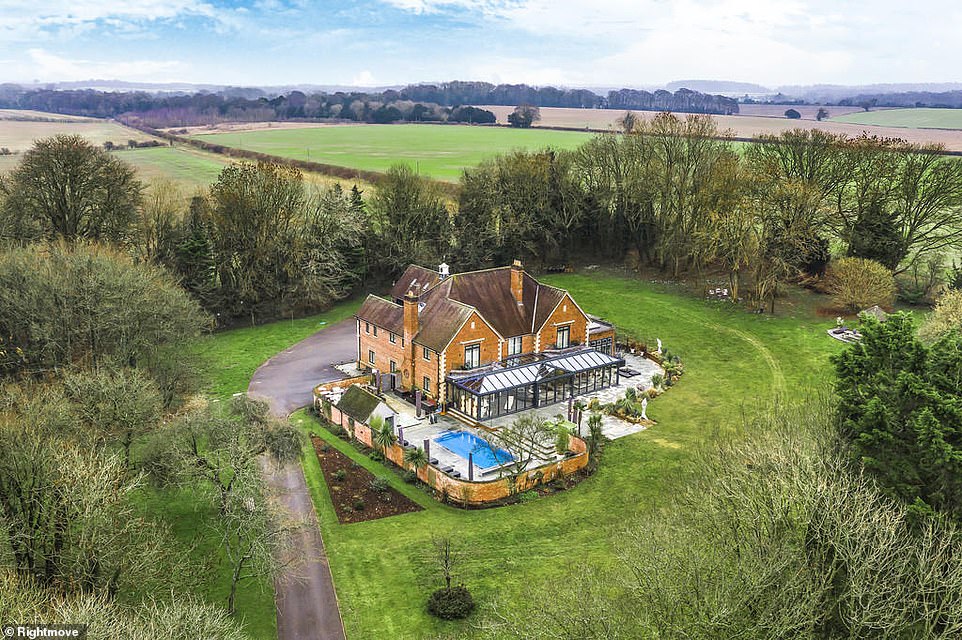 It’s a 10!: After six months on the market, Craig has decided to knock off more than half a million off the property price in the hope of securing a new owner, reducing it to £2.75million

Back in February, MailOnline Property spoke exclusively to Craig about his love for the house, why despite that he is selling up, and his property plans for the future.

The grand countryside property has a long driveway, sits in seven acres and has five bathrooms along with its seven bedrooms.

The performer has lived at the property for the past seven years, having previously lived in London’s Camden.

About the interior design of his home, he said: ‘It is not going to suit everyone, but there are a lot of sparkles and I love it here. 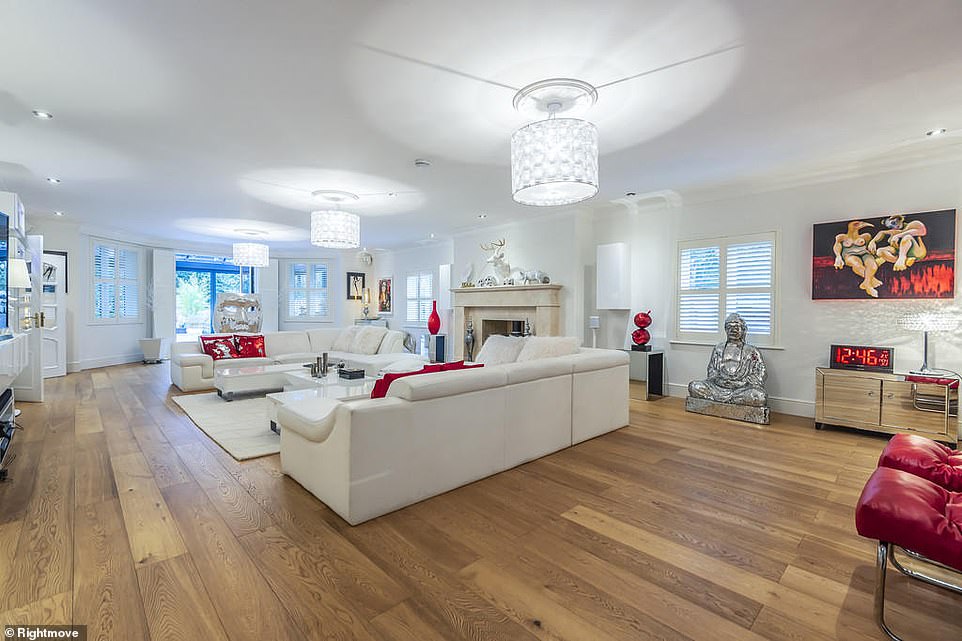 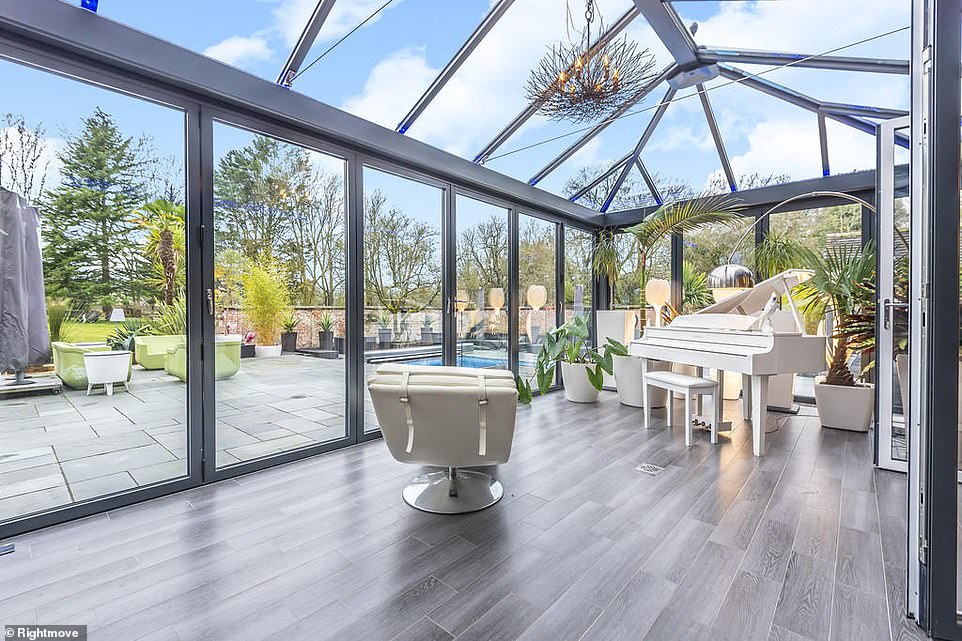 What a view: Each of the rooms at the property are spacious, and even the conservatory has sufficient room to house a grand piano

‘It is more like a London house in the middle of Hampshire. It was built in 2008 and I have lived here for seven years.’

The dancing show judge’s favourite parts of the house, include the orangery and the conservatory.

He said: ‘In the glass house, you are really sitting in the garden and you feel connected to that when the bifolds are open.

‘You can sit it in quietly and observe nature and the animals, such as the deer.’

On moving out of the capital, Craig said: ‘I had no idea what it was going to be like moving to the countryside, in fact I was quite afraid of the dark having been used to city street lights permeating the dark. 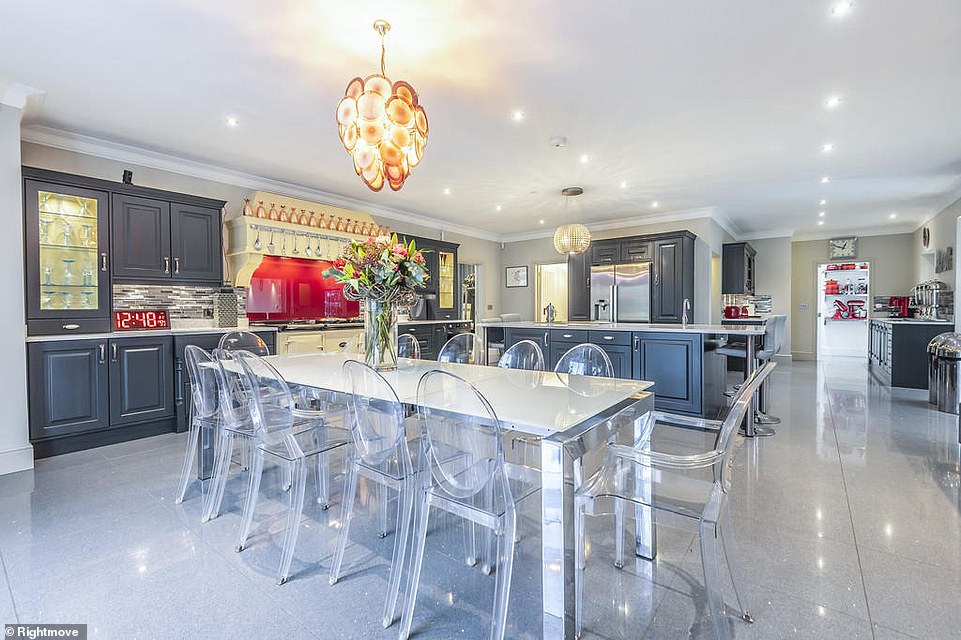 Spacious: The ‘vol-au-vent’ kitchen is separate from the professional kitchen and is perfect for entertaining family and friends 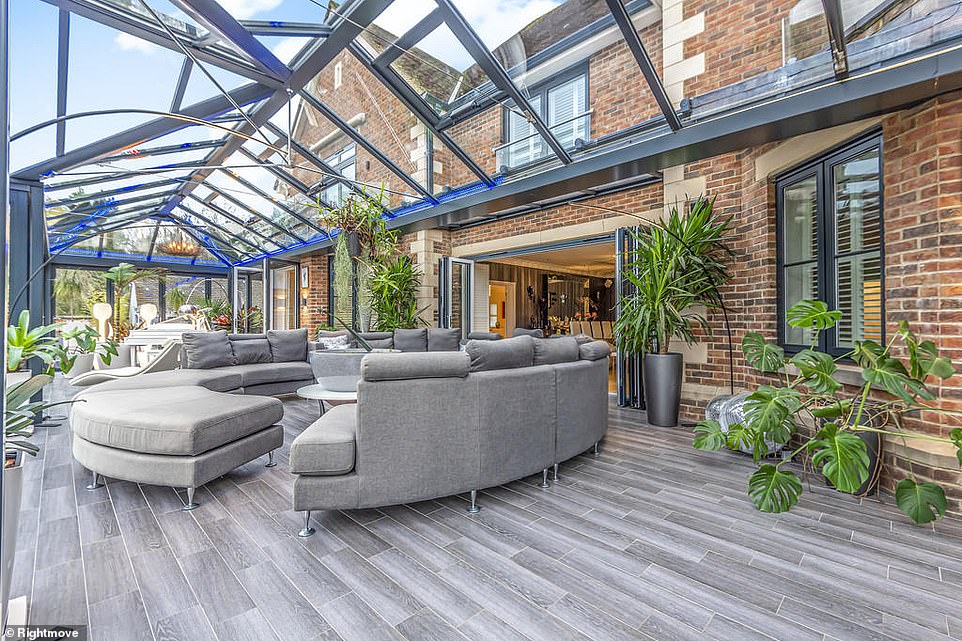 Plant haven: Craig installed this large conservatory at the rural property to make the most of the surrounding countryside views 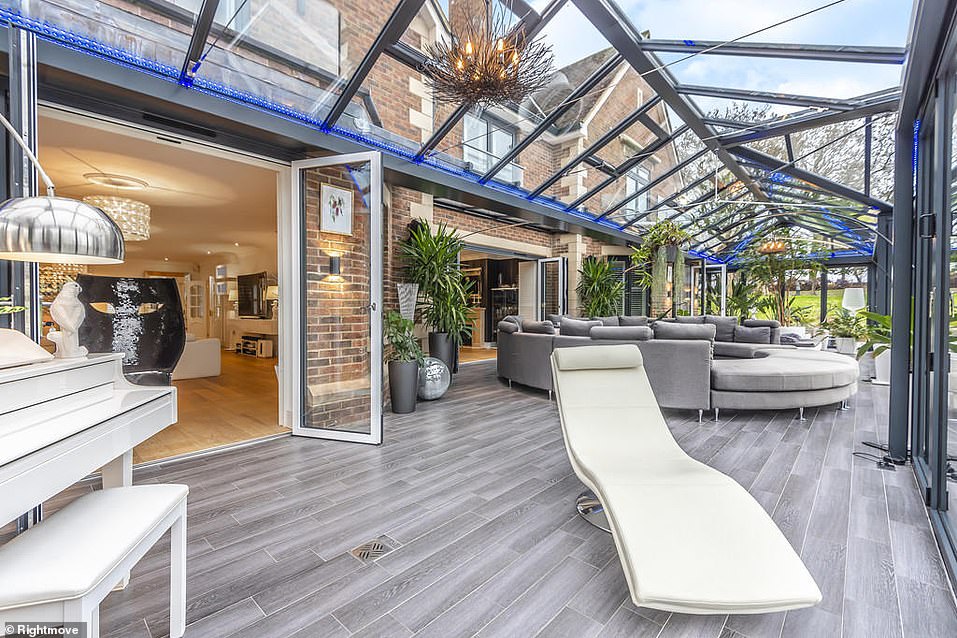 Craig’s favourite part of the house: The large conservatory has bifold doors that lead into the main living area

‘But now I wouldn’t give it up for the world and only go back to London for work. I’m really pleased I made the decision seven years ago to move here.’

However, his engagement to Jonathan Myring means that the couple are now looking to move closer to his partner’s family.

Craig said: ‘We want to move north, a similar distance from London, to be near Jonathan’s family. That is the only reason we are moving.’

Craig loves the house and has added some parts, including a separate chef’s kitchen. It leaves the original kitchen as an entertaining space. 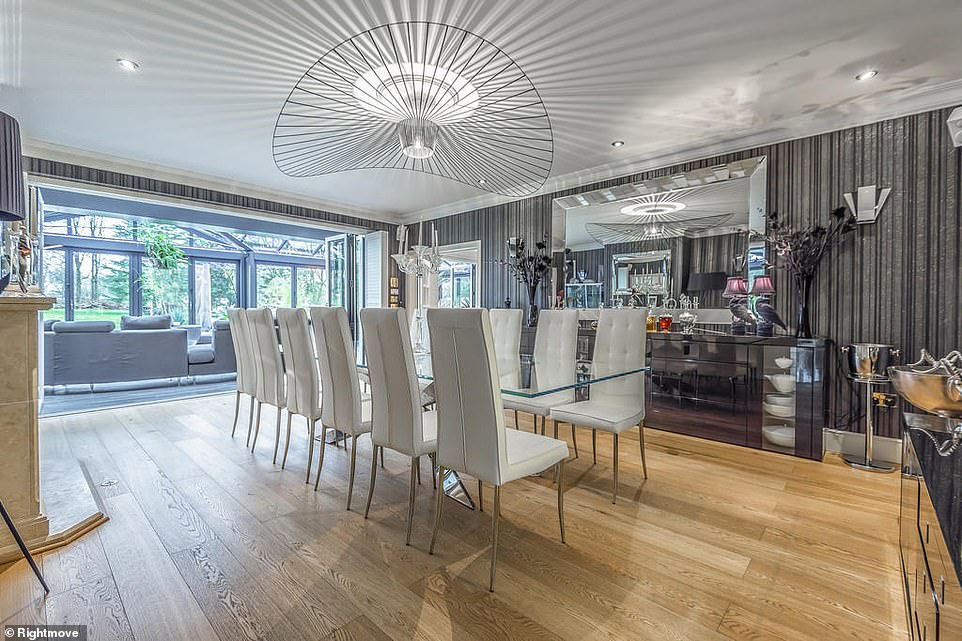 Decadent: The dining room also has bifold doors that open out onto the conservatory, along with a fireplace and a large mirror 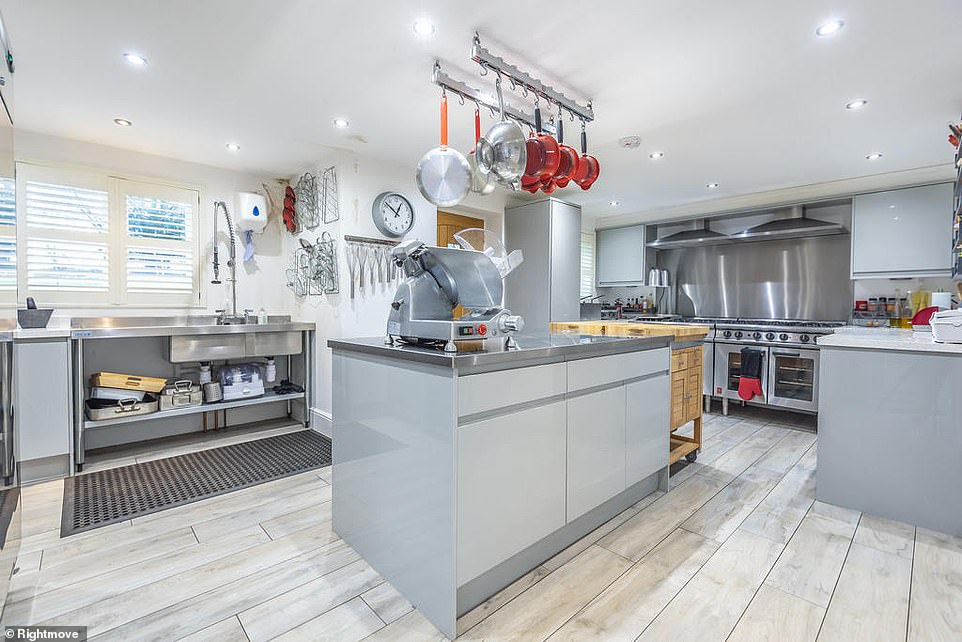 Behind the scenes: There is a separate chef’s kitchen where the food is prepared when Craig hosted lavish dinner parties in pre-pandemic lockdown times 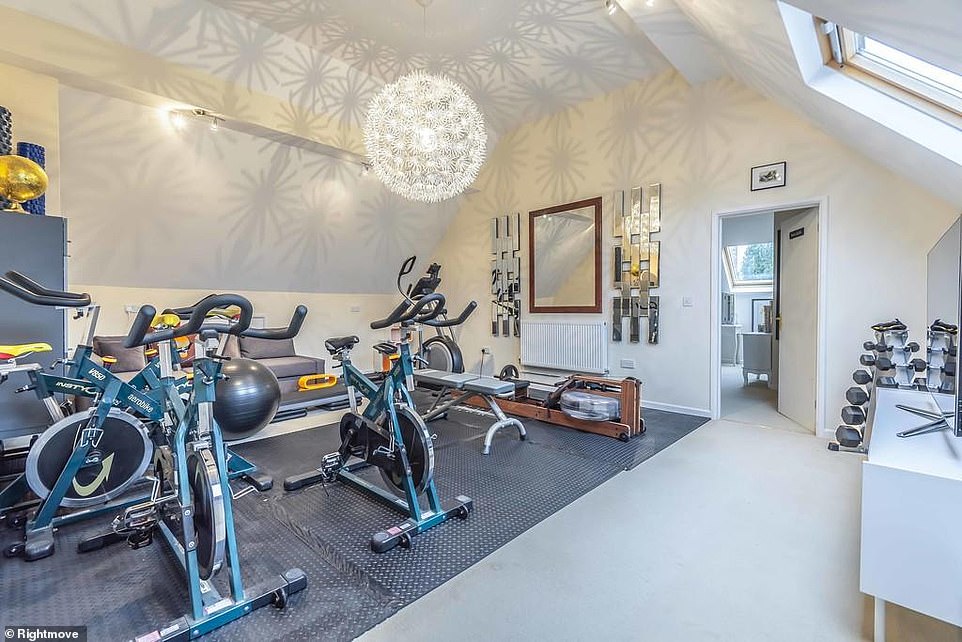 Keeping on dancing! There is a dedicated space in the house for working out using some gym equipment and free weights 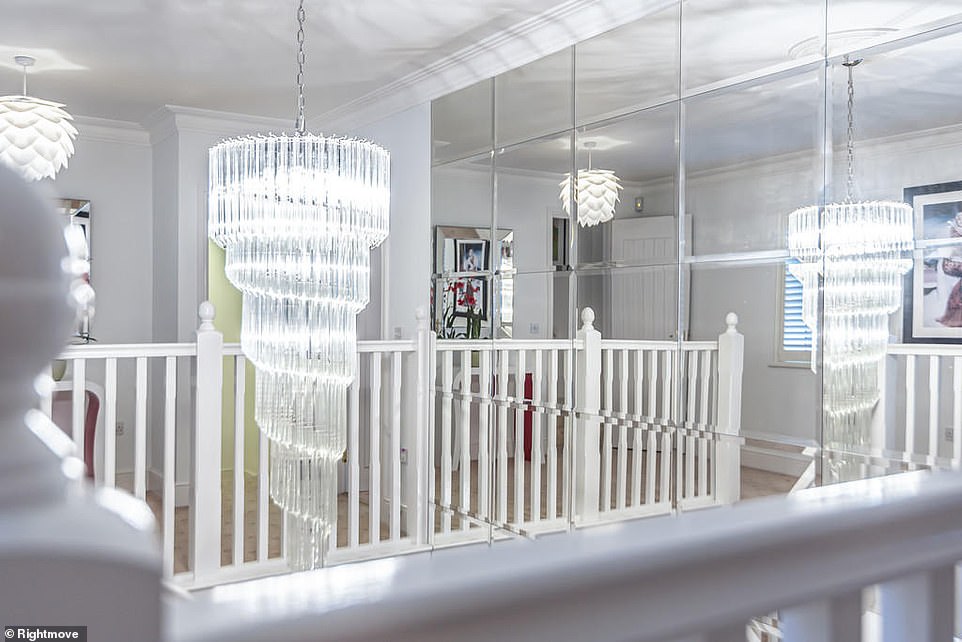 Chandelier: There is plenty of sparkle throughout the house, including large mirrors and a long glass chandelier that hangs over the stairs 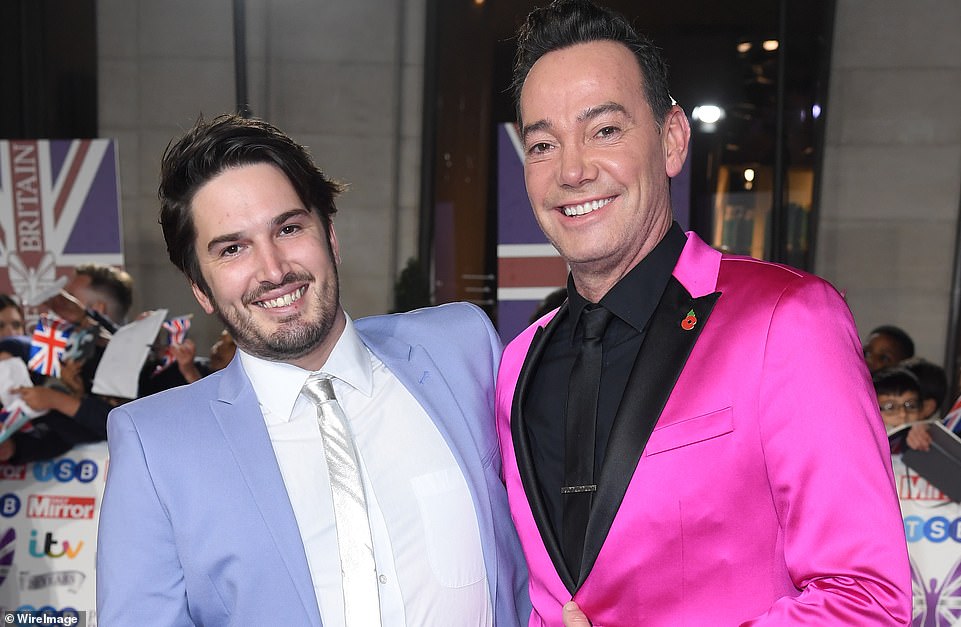 Relocation: ‘He’s said he wants a pad with even more bedrooms as well as moving closer to the family of his partner, Jonathan Myring, whose family live in Leicester,’ a source said (pictured in 2019)

He said: ‘You come out into the vol-au-vent kitchen. If you have a dinner party and you want to prep everything, it is good to have the second kitchen area.’

He explains that his favourite dinner party guests – in pre-lockdown days – were his ‘oldest friends from London’ who don’t come to the country for a day, but have stayed for a week as they see it as a holiday.

The house is certainly big enough to accommodate a large party with its vast entertaining space and its separate annexe.

Craig added a kitchen to the annexe, which he says would be ideal for someone who works from home.

Craig also has plans to start his own vineyard. These will now continue in a separate location, although he had moved down the road of creating one at his Andover home. 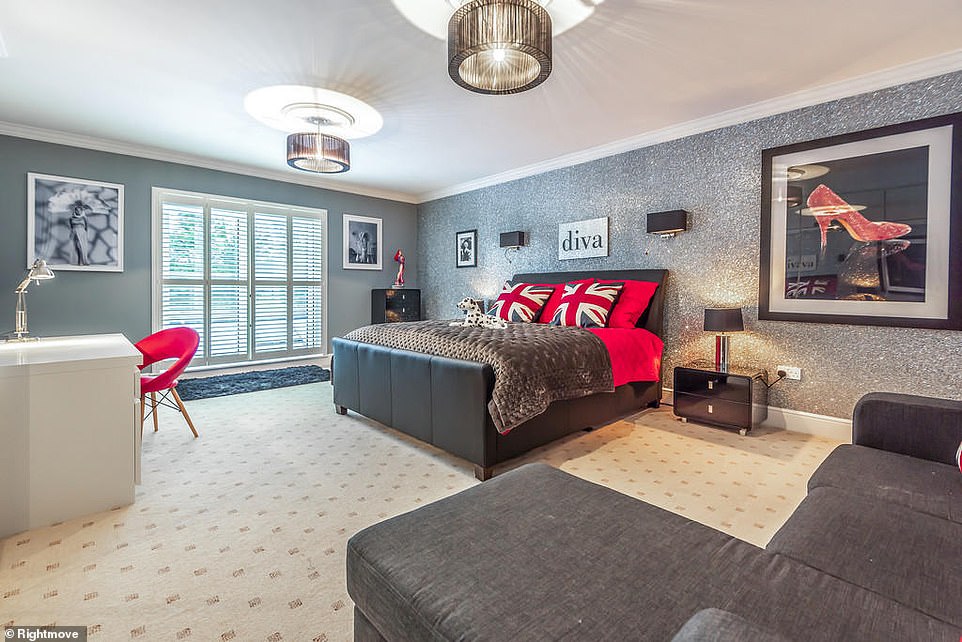 A bedroom fit for a diva? In total, the Hampshire property boasts seven bedrooms, as well as  five bathrooms 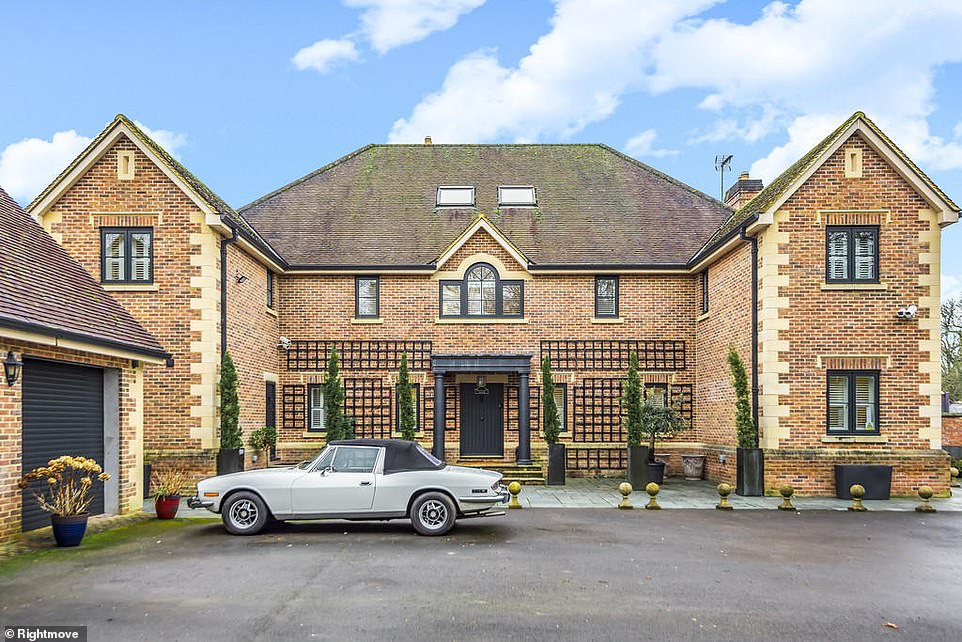 Home sweet home: Craig spoke exclusively to MailOnline Property about how difficult it will be to leave the house he has fallen in love with 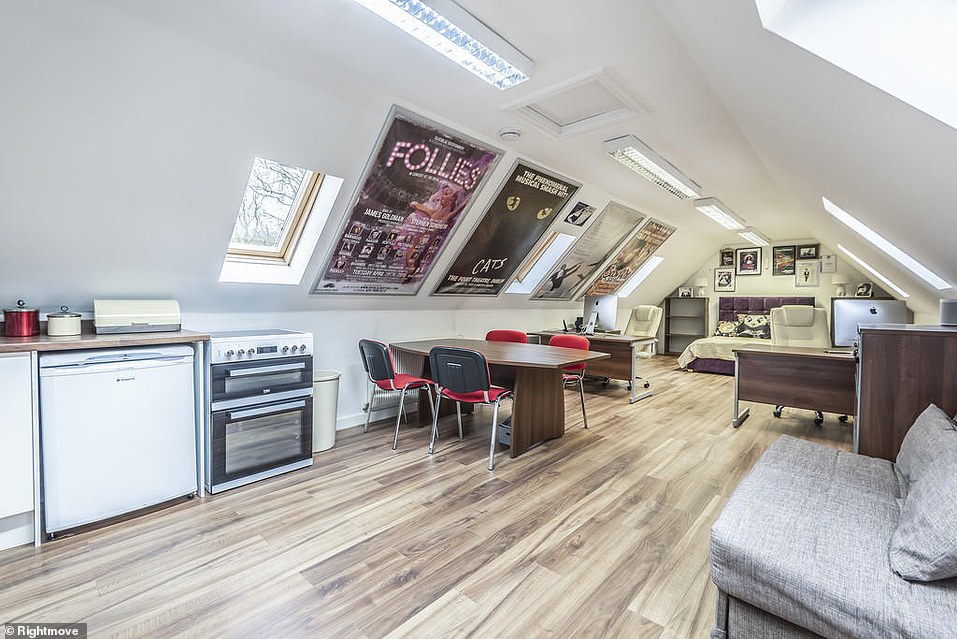 Escape: The property has a separate annexe, which now includes a sleeping area, office space and a well-equipped kitchen 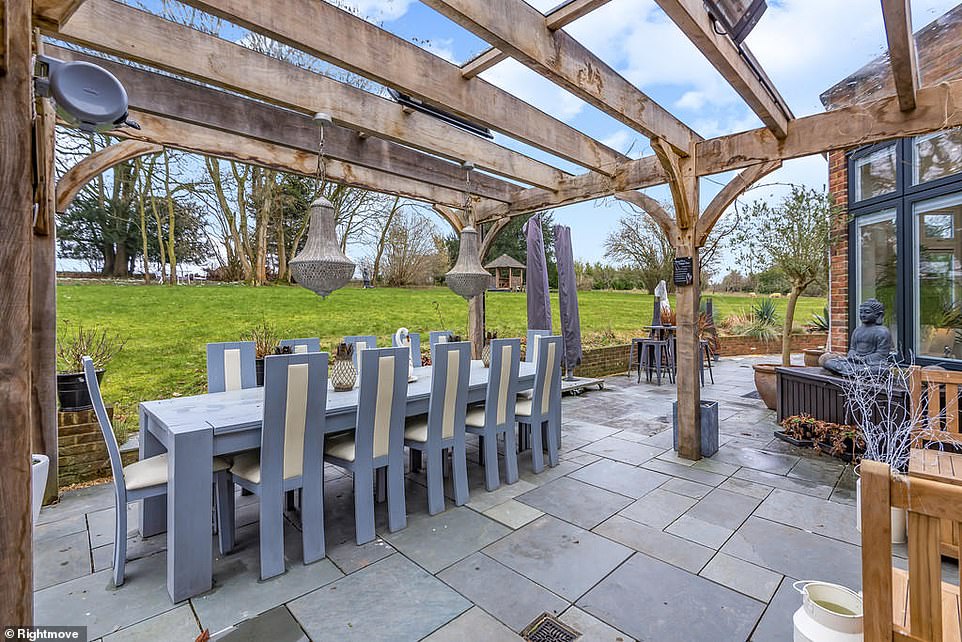 Outside on the patio, there is more space for dining and entertaining, which is surrounded by seven acres of land 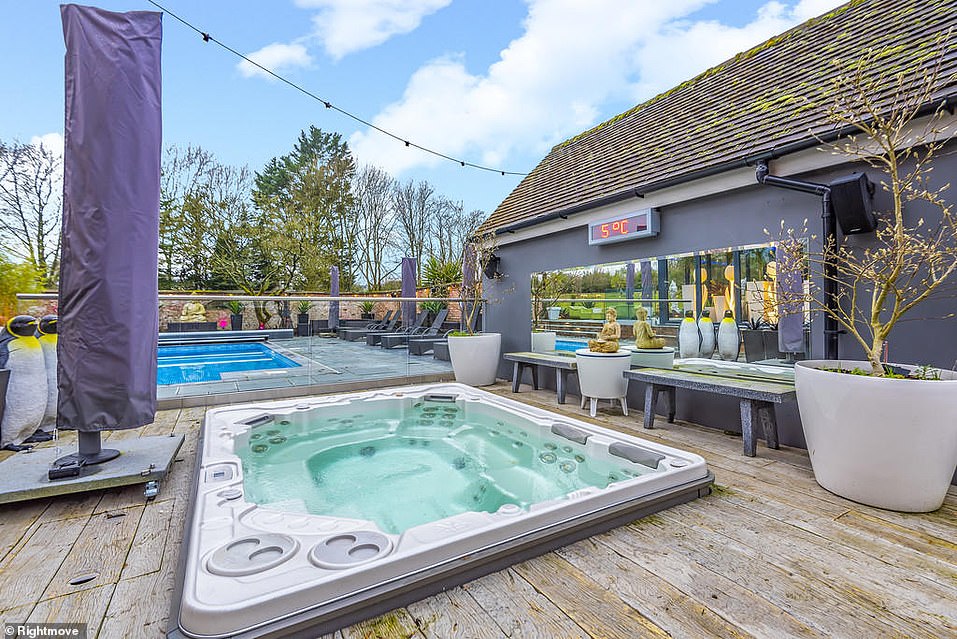 Bubbles: The fun continues outside with an inviting hot tub and a large swimming pool – overlooked by a couple of penguin statues

He said: ‘Covid struck and we couldn’t get hold of the vines. I don’t have the same amount of land in the new property, which has two acres rather than the seven that we have now, so we will need to look at buying additional land.

‘We had the soil tested here and it is possible to grow Champagne. It is a Champagne area and the land is on an incline. It is perfect for that.’

Craig says it will be difficult to leave the property, but he is ready to start his new chapter with his fiancé.

He said: ‘I have absolutely loved living here and being part of Hampshire. I shall miss all the neighbours, who are fantastic and you don’t often get that. It will be a difficult house to give up as I have totally fallen in love with it.

‘It is a new adventure and we are now going to start our married lives together in a new place near his family. It will be so nice to share our lives together a bit more.’ 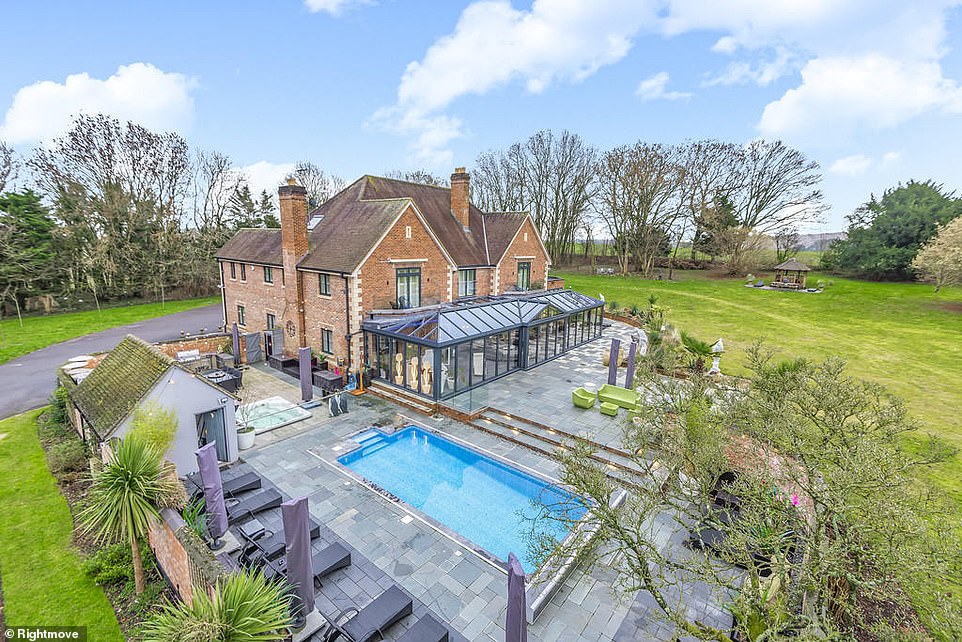 Village life: Craig told MailOnline Property that he shall miss the neighbours in Hampshire, who he described as ‘fantastic’ 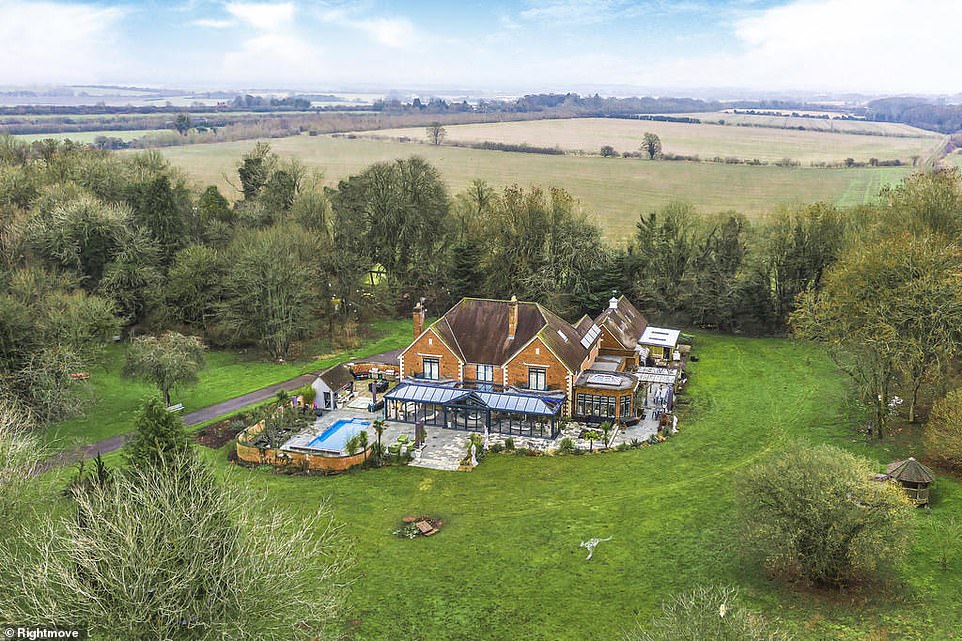 Vineyard business potential: Craig has had the soil tested at the property and says it is possible to grow grapes for Champagne-style wine 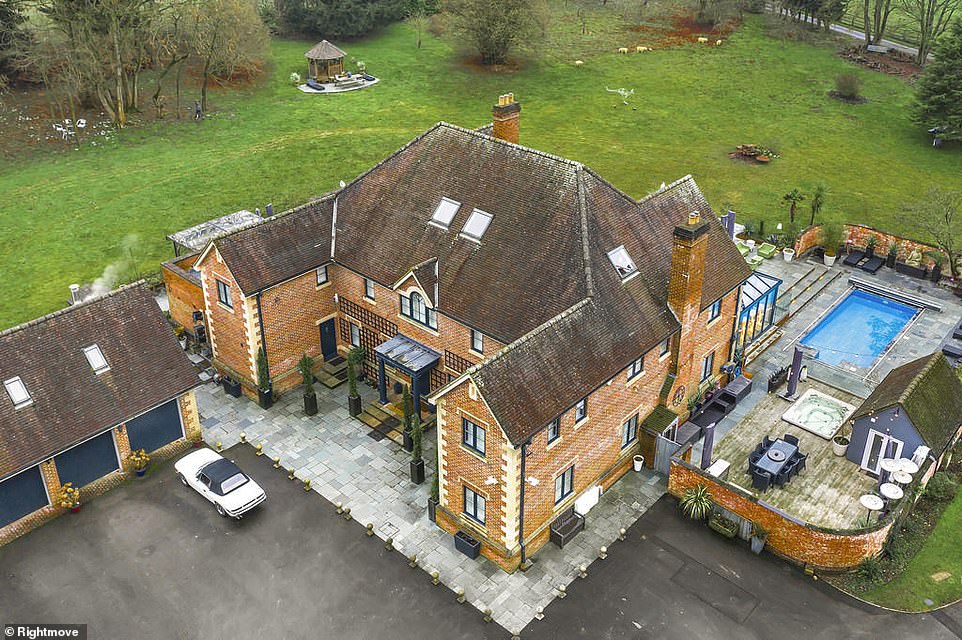 Luxury: The property is ideal for those with several cars as there is a multi-car garage, which also houses a large woodburner