Gayle King helped Oprah Winfrey end years-long feud: ‘You have to meet him!’

Oprah has hit headlines again recently after releasing her new Apple TV+ series about mental health, which she has created alongside Prince Harry. In the programme, entitled ‘The Me You Can’t See’, the pair discuss their experiences, along with other celebrities like Lady Gaga and Glenn Close and people from different walks of life. This is the second project for which Oprah and Harry have sat down for a serious chat, after the bombshell interview on CBS in March with Meghan Markle.

Oprah has been friends with the Duke and Duchess of Sussex for several years, having been given a prime pew at their wedding. Her CBS colleague and best friend Gayle King is also close to the Sussexes and was a guest at Meghan’s New York baby shower two years ago. While both women have a friendly relationship with Harry and Meghan, they have not always managed to avoid celebrity conflict. In fact, Oprah had a feud with hip hop star 50 Cent for a number of years until Gayle confronted him at a black tie event for “talkin’ s***” about her friend. 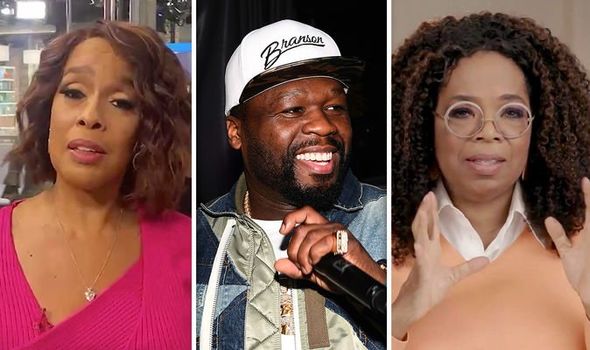 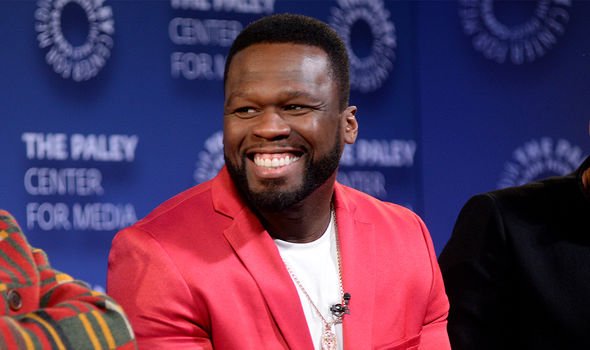 The rapper recalled the alleged incident, which took place at a gala for Bette Midler’s charity foundation The New York Restoration Project, in his autobiography ‘Hustle Harder, Hustle Smarter’.

He wrote: “Gayle is the real deal ‒ a very sophisticated, secure and smart lady.

“She’s never afraid of a situation… so she marched right up to me and basically said, ‘Why you talkin’ s*** about my girl?’”

He claimed they talked their issues out, explaining that he uses arguments with fellow celebrities as a publicity “strategy” to keep himself relevant. 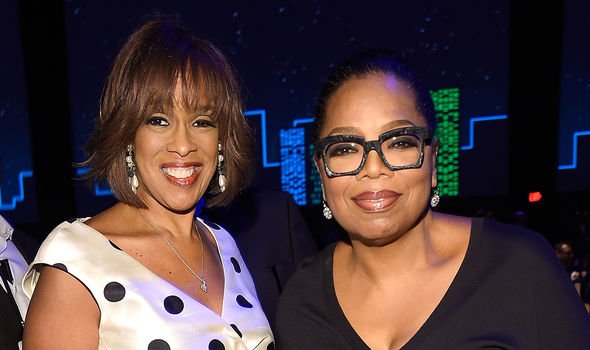 The feud, which dated back as far as 2006, started when 50 Cent told the Associated Press that Oprah’s show catered to “older white women”.

However, 50 Cent explained that Oprah often criticised hip hop, so he felt like he was never going to get a chance to go on her show.

He also felt that not being on the show meant people would question whether he was really an A-list celebrity.

For this reason, he started a feud so people would assume that was the reason he has not been on her show. 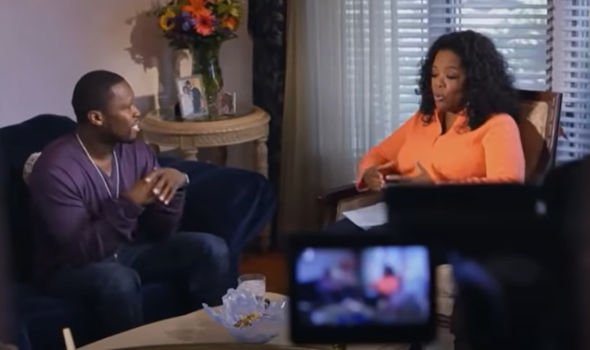 He told Gayle: “I’d love to be Oprah’s friend, but if we can’t be friends, can we at least be enemies?”

Despite his history of criticising Oprah, Gayle took the opportunity to help the pair bury the hatchet.

50 Cent, whose real name is Curtis Jackson, said Gayle “adjusted to my character” and told Oprah that “she needed to meet me because it’s not what you think”.

After Gayle spoke to Oprah about it, the TV legend decided to invite 50 Cent onto her show in 2012.

He wrote of their meeting: “We finally met, and my grandmother and I went on the show.

“That was an amazing moment for me. I had sold a whole heap of records, but it wasn’t until Oprah showed up that my grandmother was like, ‘Boy, you made it.”

Unfortunately, the rapper reignited the feud again in recent years, claiming that Oprah only criticises black men involved in the #MeToo scandal.

He wrote: “I don’t understand why Oprah is going after black men,” alongside a photograph of the US TV legend and record executive Russell Simmons.

Oprah produced a documentary about the allegations of sexual assault levelled at Mr Simmons, but 50 Cent noted that she was not talking about Harvey Weinstein or Jeffrey Epstein, just Michael Jackson and Mr Simmons, adding: “This s*** is sad.”

He also criticised such documentaries for being the judge, jury and executioner of these very public cases, arguing they are “guilty till proven innocent”.

However, after Kobe Bryant’s death last year, 50 Cent said he was turning over a new leaf and not going to argue with people anymore.