‘I feel better now than I did when I was 20’: Gisele Bundchen, 41, reveals exercising, eating right and thinking positive thoughts has led to happiness

Gisele Bundchen was featured on the cover of ForbesLife Fashion, which she shared to the public on Thursday.

The 41-year-old supermodel took part in a photoshoot for the media outlet, during which she showed off her impressively toned physique and rocked a duo of eye-catching outfits.

The fashion industry powerhouse also sat down for an interview with Forbes Brazil, where she spoke about personal well-being. 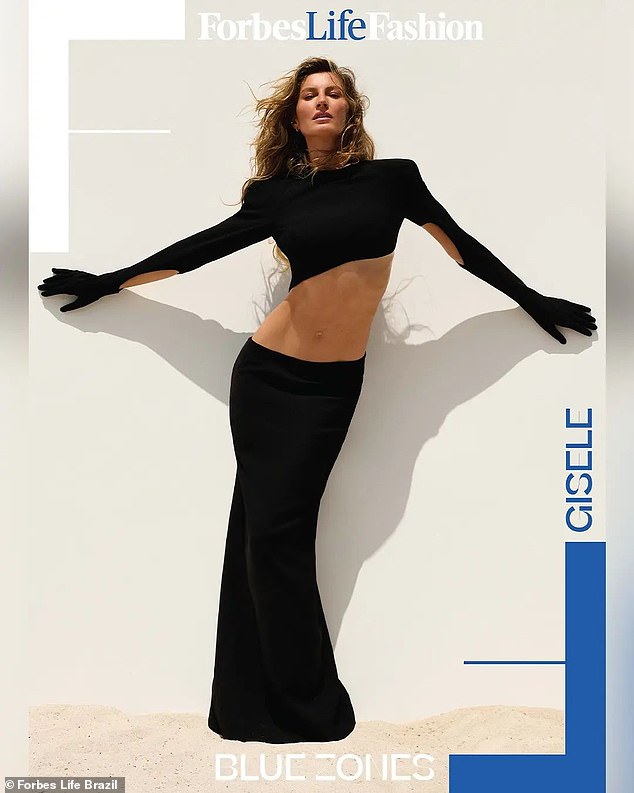 Front and center: Gisele Bundchen was featured on the cover of ForbesLife Fashion, which she shared to the public on Thursday

Bundchen began her interview with Forbes by sharing that she had come into her own over the past two decades.

The model made a point of stating: ‘I feel better now than I did when I was 20.’

The runway fixture also noted that she had since come to a realization about her mind-body balance.

‘As I matured, I came to understand that the body is our temple and everything we eat, how often we exercise and especially our thoughts affect our health,’ she said. 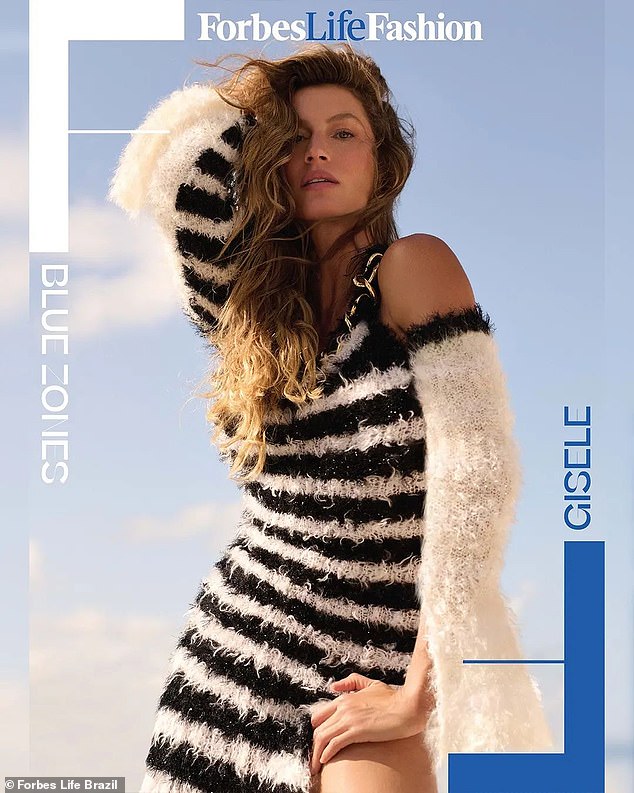 Dressed up: Bundchen later wore a fuzzy striped dress during the second part of her photoshoot 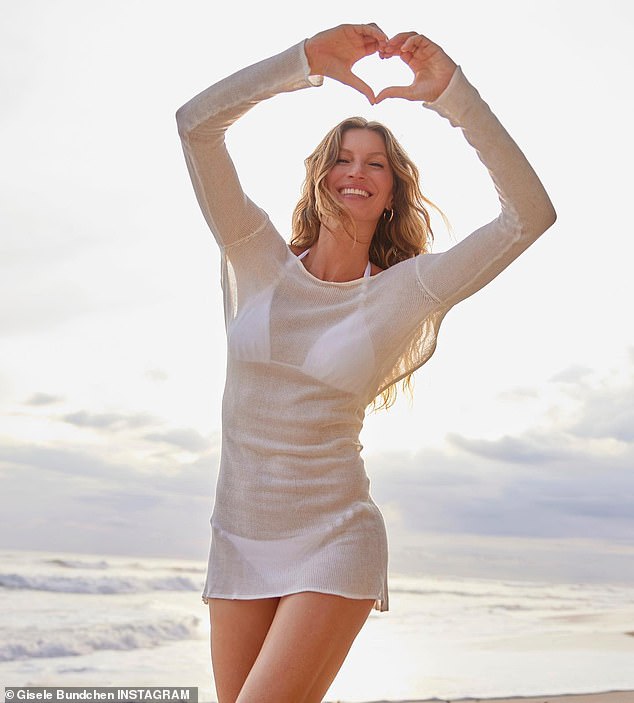 Better than ever: At 41, she has said that she feels better these days than she did at the start of her modeling career

Bundchen then spoke about the way that she chose to keep herself in a positive mindset.

‘Watching thoughts and consuming positive content are essential things to keep our energy frequency high and have a better quality of life,’ she said.

The photo shoot was stunning. 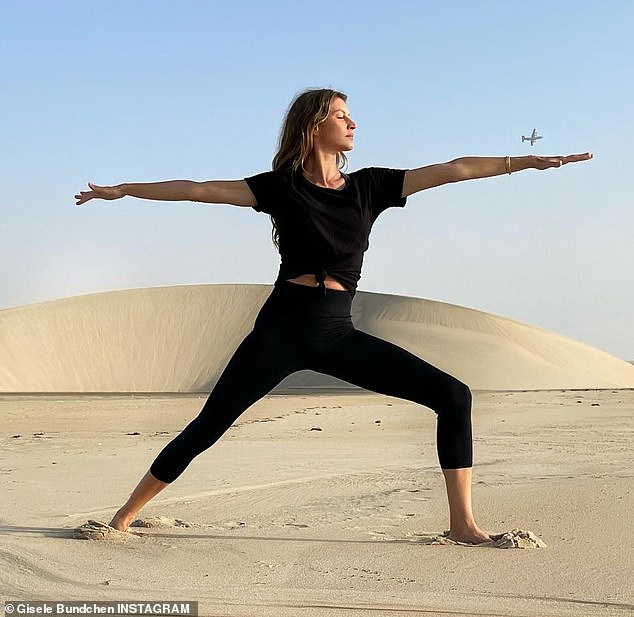 Opening up: Bundchen began her interview with the media outlet by expressing that she had come into her own over the past two decades 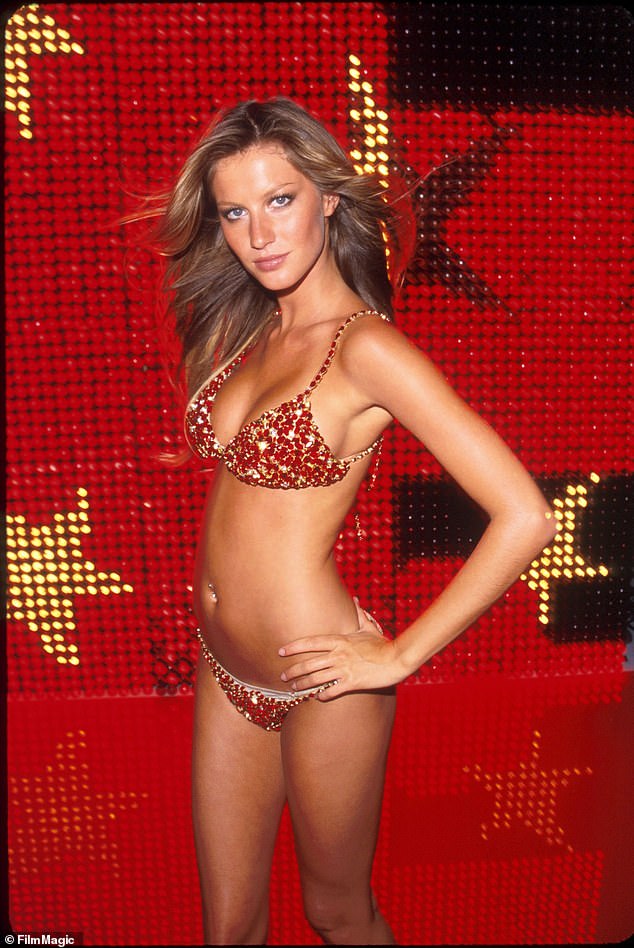 Better now: She made a point to say that exercise and eating well has made her feel better at 41 than she did in her 20s; seen about 20 years ago

Bundchen was first pictured in a sleeved jet-black top that showed off her toned tummy.

The model’s top also featured two cut-out portions on the lower portion of her right arm and the upper part of her left arm.

The runway regular also donned a long skirt that clung tightly to her toned thighs and matched the color of her top. 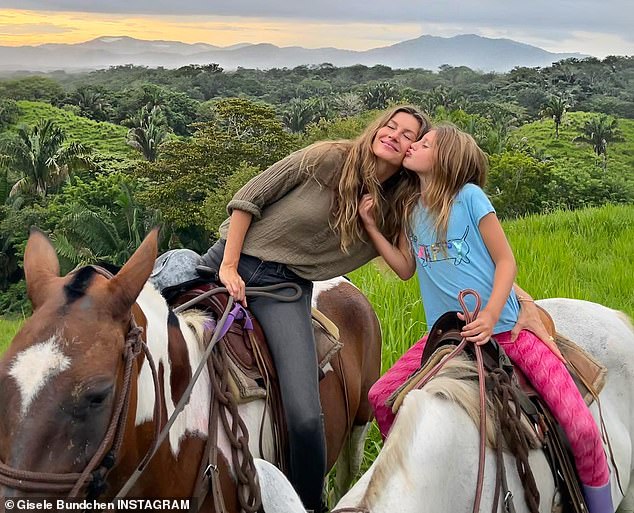 Staying happy: Bundchen then spoke about the way that she chose to keep herself in a positive mindset

Her voluminous blonde hair cascaded onto her shoulders and paired well with the dark tone of her clothing.

Bundchen later wore a fuzzy striped dress during the second part of her photoshoot.

Her gorgeous blonde locks fell onto her chest and added a bit of extra color to her neutral-toned look. 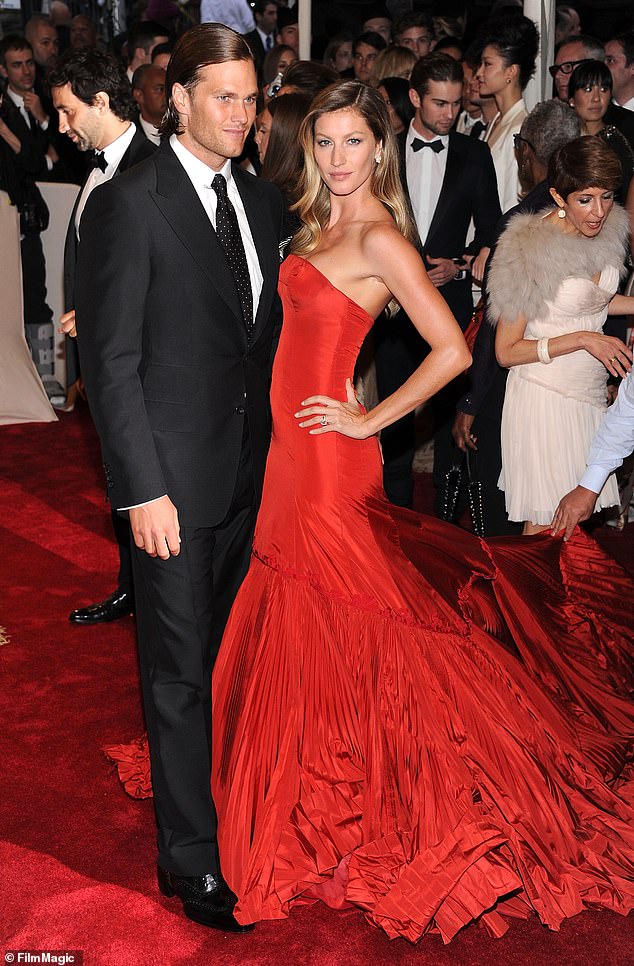 Her love: The cover girl is married to NFL Player Tom Brady; seen at the Alexander McQueen: Savage Beauty Costume Institute Gala at The Metropolitan Museum of Art in 2011