Home » Golden Globes 2021: A breakdown of the nominated TV series

Golden Globes 2021: A breakdown of the nominated TV series

Much like in the motion picture categories, streaming services came out on top for the 2021 Golden Globe nominations.

While the TV industry, like the film world, was rocked by the coronavirus pandemic, staples like “The Crown” and “Ozark” were able to make their mark on the small screen as relative newcomers including, “Ratched” and “Hunters,” also earned nods.

Here’s a look back at the 2021 Golden Globe-nominated TV series:

For its fourth season, “The Crown” was able to nab a slew of nominations, including for the performances by the series’ prominent women: Olivia Colman (Queen Elizabeth II), Emma Corrin (Princess Diana), Helena Bonham Carter (Princess Margaret) and Gillian Anderson (Margaret Thatcher).

Last year, “The Mandalorian” skyrocketed to popularity with the launch of Disney+ and offered fans a new look at “Star Wars” while earning a surprising slew of Emmy nominations.

The show earned only one Golden Globe nomination, but it was one of the year’s most prestigious: Best television series – drama. 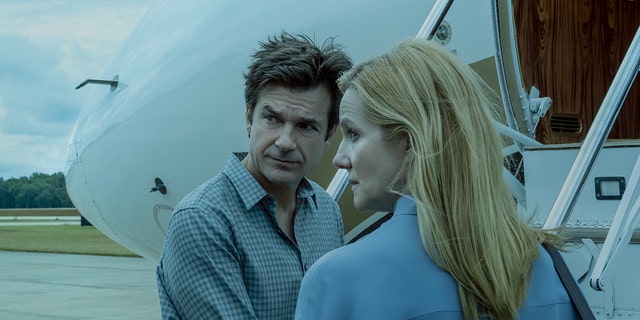 “Ozark” follows money launderer Marty Byrde and his family as they work together to protect themselves and their newfound community.

Leads Jason Bateman and Laura Linney both earned nominations for their work, as did supporting actress Julia Garner. Additionally, the show nabbed a nom for best television series – drama.

Star Sarah Paulson also earned a nod for her portrayal of famed “One Flew Over the Cuckoo’s Nest” nurse Mildred Ratched in her origin story.

“Sex and the City” alum Cynthia Nixon was also nominated for her performance.

“Killing Eve” has earned a handful of Golden Globe nominations since its 2018 debut.

In the past, Sandra Oh earned a history-making win for her performance, though she was not nominated this year.

Instead, her co-star, Emmy-winner Jodie Comer earned the show its only nod for her turn as a twisted assassin that falls in love with the agent hunting her down.

The world of the popular drama “Breaking Bad” has lived on through the spin-off “Better Call Saul,” which follows a sleazy lawyer willing to bend the rules.

Said-lawyer has been portrayed by Bob Odenkirk for several years now, and this time around, he earned a nomination for best performance by an actor in a television series – drama.

Legendary movie star Al Pacino took a stab at television for the first time in over a decade and earned a Golden Globe nomination for his performance.

The show followed Pacino’s Meyer Offerman and his gang of Nazi hunters in the late 1970s.

A reboot of the classic drama that ran from 1957-1966, “Perry Mason” follows a down-on-his-luck man who is roped into the investigation of a child kidnapping and its fallout

Star Matthew Rhys was nominated for best performance by an actor in a television series – drama.

More surprises came in the form of multiple nominations for the widely-panned “Emily in Paris,” which follows the American Emily as she relocates to France.

The series was nominated for best television series – musical or comedy, while star Lily Collins’ portrayal of the titular character also earned her a nomination of her own.

Hot off of her 12-season run on “The Big Bang Theory,” Kaley Cuoco earned a nomination for her acting in “The Flight Attendant,” which also was nominated for best television series – musical or comedy.

The show follows Cassie, a party girl flight attendant who — after a night out on the town halfway around the world — wakes up next to a dead body and no memory of the night before.

“The Great” is a comedy loosely based on Russian Empress Catherine the Great’s rise to power as she chooses between her own happiness and Russia’s future.

Series stars Elle Fanning and Nicholas Hoult were both nominated for their leading roles while the series was nominated for best television series – musical or comedy.

“Schitt’s Creek” became a massive hit in the comedy world after it hit Netflix, earning widespread acclaim and popularity that resulted in a historic Emmys sweep just last year.

Not only did the show — which follows a rich family that’s lost nearly everything — earn a nomination for best television series – musical or comedy, but it’s four stars — leads Eugene Levy and Catherine O’Hara and supporting castmembers Daniel Levy and Annie Murphy — also earned nominations, posing the show for another potential sweep.

Apple TV+’s entry into the Golden Globes race comes as “Ted Lasso,” a comedy about an American football coach that moves to England to coach a major soccer team.

“Avengers: Endgame” star and Oscar-nominee Don Cheadle earned a nomination for best performance by an actor in a television series – musical or comedy for his work in “Black Monday.”

The series tells the story of a group of outsiders taking on 1980s Wall Street and sparking a massive crash. 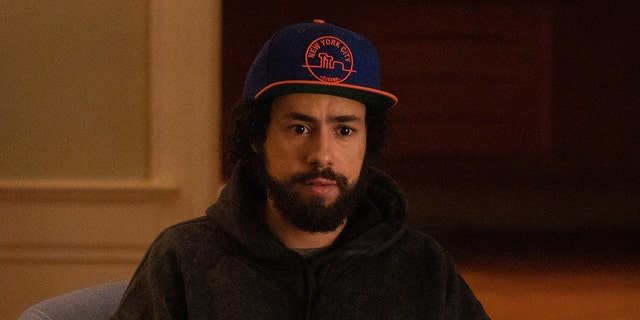 Ramy Youssef in Hulu’s ‘Ramy.’ He earned a Golden Globe nomination for his acting in the show. (Photo by: Craig Blankenhorn/Hulu)

Just last year, Ramy Youssef won a Golden Globe for starring in “Ramy,” a comedy about life in America as a Muslim and son of Egyptian immigrants.

This year, the acclaimed star earned himself another shot at the gold with a nomination for best performance by an actor in a television series – musical or comedy.

Hulu’s “Normal People” follows two people from the same small town in Ireland as they dip in and out of one another’s romantic lives.

The show earned nominations for star Daisy Edgar-Jones’ performance, as well as for best television limited series, anthology series or motion picture made for television.

“The Queen’s Gambit” was one of Netflix’s biggest hits of 2020, and told the story of the young Beth Harmon, a chess prodigy who has to face the consequences of child stardom.

Not only did the series bag a nod for best television limited series, anthology series or motion picture made for television, but star Anya Taylor-Joy earned a nomination as well — one of two for her this year.

The story is set in London between 1969 and 1982 and chronicles the experiences of the city’s West Indian community.

HBO’s mystery-thrilled “The Undoing” followed Nicole Kidman’s Grace as she attempts to discover whether her husband is guilty of a murder he’s suspected of committing.

Kidman earned a nomination for her performance, as did Hugh Grant and Donald Sutherland.

The show was also recognized with a nom for best television limited series, anthology series or motion picture made for television.

Primarily in the Yiddish language, “Unorthodox” follows a young, unhappy Jewish woman who abandons her Orthodox community for Berlin while her husband searches for her.

Not only did the miniseries earn a nomination for best television limited series, anthology series or motion picture made for television, but also a nod for actress Shira Haas. 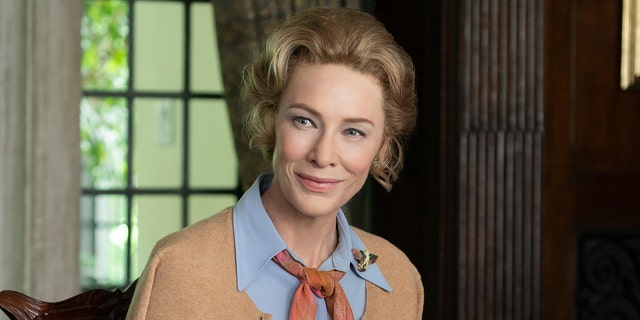 Limited series “Mrs. America” told the story of conservative activist Phyllis Schlafly and her campaign against the Equal Rights Amendment during the 1970s, during which, she faced off against the likes of Gloria Steinem and Shirley Chisholm.

“The Comey Rule” was based on the book “A Higher Loyalty: Truth, Lies, and Leadership” by former FBI director James Comey, and told the story of the relationship between Comey and Donald Trump.

“I Know This Much is True”

Hot off his Emmy win for the role, Mark Ruffalo nabbed a nomination for his work in the limited series “I Know This Much is True.

The actor plays twins in the show, which follows the two as they navigate their complicated relationship. 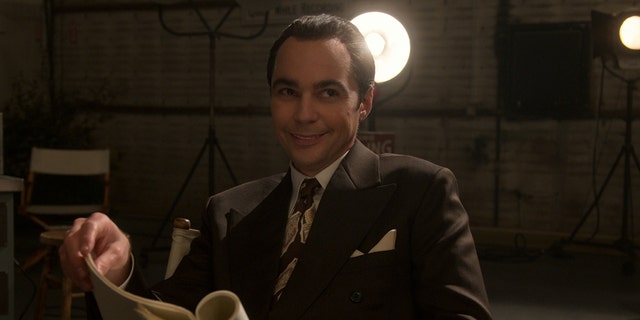 Jim Parsons in Netflix’s ‘Hollywood.’ He has been nominated for a Golden Globe for his performance in the show.
(Netflix)

“Hollywood” tells the fictional tale of a rag-tag group of filmmakers teaming up to break down racial barriers in post-World War II Tinseltown.