Harry Styles and Olivia Wilde are reportedly ‘set to live together in the UK’ as she dropped huge hint she wants to relocate full-time.

The actress, 38, visited a school in North London, suggesting she is looking for somewhere to enrol her children Otis and Daisy.

Olivia and her kids currently live in Los Angeles alongside her former fiancé Jason Sudeikis, however the director has more frequently been jetting to the UK to visit her boyfriend Harry, 28. 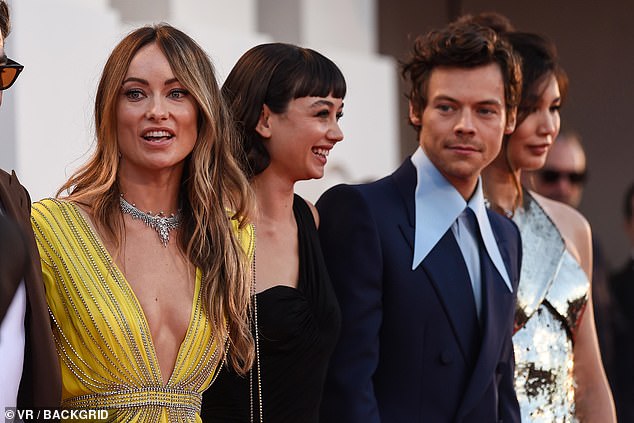 Couple: Harry Styles and Olivia Wilde are reportedly ‘set to live together in the UK’ as she dropped huge hint she wants to relocate full-time (pictured together last month in Venice)

A source told The Sun: ‘Harry and Olivia are completely committed to each other and want to spend as much time together as possible.’

Olivia and Harry have both been very busy focusing on their successful careers but frequently fly out to see each other.

The insider continued: ‘But the kids are always her first priority, so basing them in the UK is a viable option for their future, given she sees that with Harry, who wants to stay in London.

‘She has spoken to Jason about it because his say is important too as the kids’s dad.’ 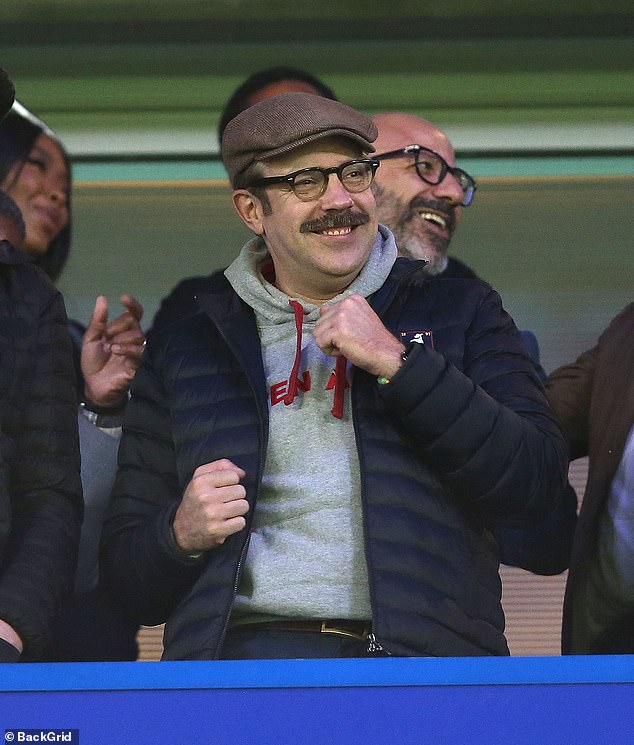 Relocate: The actress, 38, visited a school in North London, suggesting she is looking for somewhere to enrol her and ex fiancé Jason Sudeikis’ children Otis and Daisy (Jason pictured on Tuesday)

The source continued: ‘It sounds like they have agreed London is the best place. Nothing has been signed and sealed yet but they are strongly considering the move.’

Olivia’s representatives have been contacted by MailOnline for comment.

Jason is currently involved in a very public custody battle with ex-fiancé Olivia over their children together, son Otis and daughter Daisy, five.

Actress Olivia is currently in a relationship with Harry Styles, although there is some confusion over when their romance began and exactly when she split from her ex-fiancé.

Olivia and Harry went public with their romance in January 2021, just three months after meeting when the director cast the former boybander in her movie. 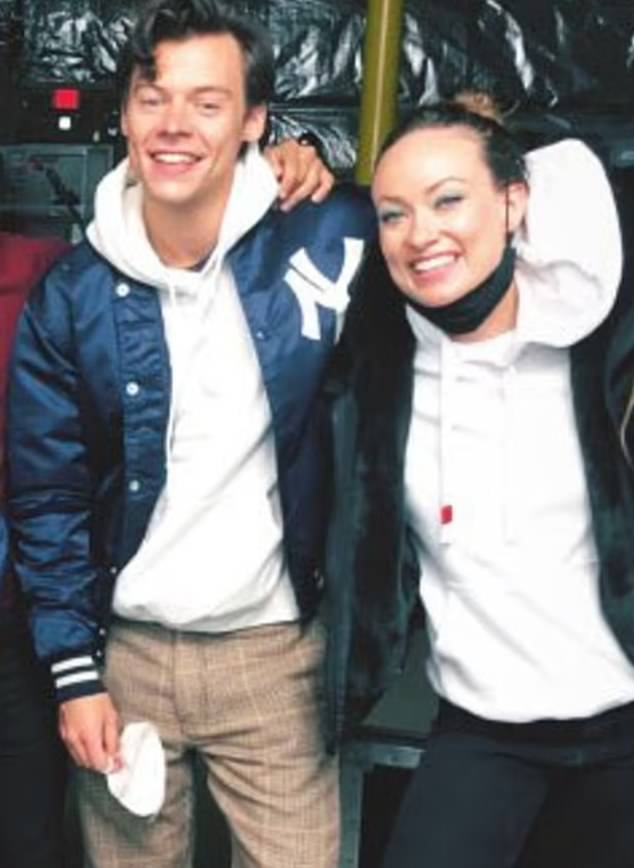 Romance: Olivia is currently in a relationship with Harry although there is some confusion over when their romance began and exactly when she split from her ex-fiancé

According to reports at the time, Jason and Olivia’s nine year relationship ended in November 2020 – with rumors beginning to circulate that there was a crossover between the two relationship timelines.

But while appearing on the latest cover of Vanity Fair, Olivia shut down any cheating claims – assuring the romance between her and Jason was over ‘long before’ she and Harry became romantic.

Olivia and ex Jason were in a relationship for nearly a decade from 2011 to 2020. 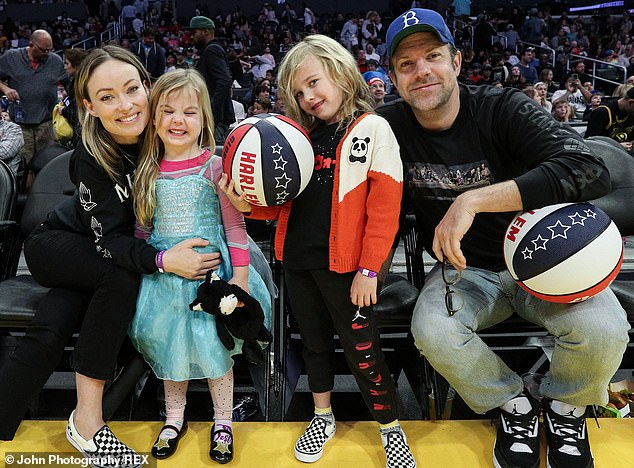 Tension: Jason is currently involved in a very public custody battle with ex-fiancé Olivia Wilde, 46, over their children together, son Otis and daughter Daisy, five (pictured in 2020)

Jason had filed the suit against his ex in New York City Family Court over their two children in October 2021. He had wanted his two children to live with him in Brooklyn.

Olivia, however, wanted them to stay with her in Los Angeles, and possibly relocate to London, where her boyfriend Harry Styles lives.

Four months ago, Olivia was on stage at the ComicCon event in Las Vegas to promote her upcoming film Don’t Worry Darling when she was ambushed with a petition from Jason – who wanted their children to live with him in New York City.

A source close to the former couple told DailyMail.com exclusively in April that Jason had ‘no idea’ the papers were being served to her in that way.

Meanwhile, Olivia recently received a legal win when a judge ruled California was the home state of their kids and last week an insider told People that she ‘wants to focus on what’s best for the kids’ and opened up about their custody issues.

Olivia filed a petition to ‘determine parental relationship in Superior Court of California, in LA’ on May, the filing noted. Her legal team moved to legally dismiss Sudekis’ custody case on May 18.

The custody battle will now have to be tried in California, so the ‘whole thing will start over’ in court there, legal experts allege.

‘She and Jason don’t speak to each other, so they have help communicating about the custody schedule,’ the source said.

While Olivia is ‘upset about the custody drama’, she still wants their children to see their father ‘as much as possible.’

‘She hopes they can figure out the best living situation for everyone,’ the insider said of the actress. 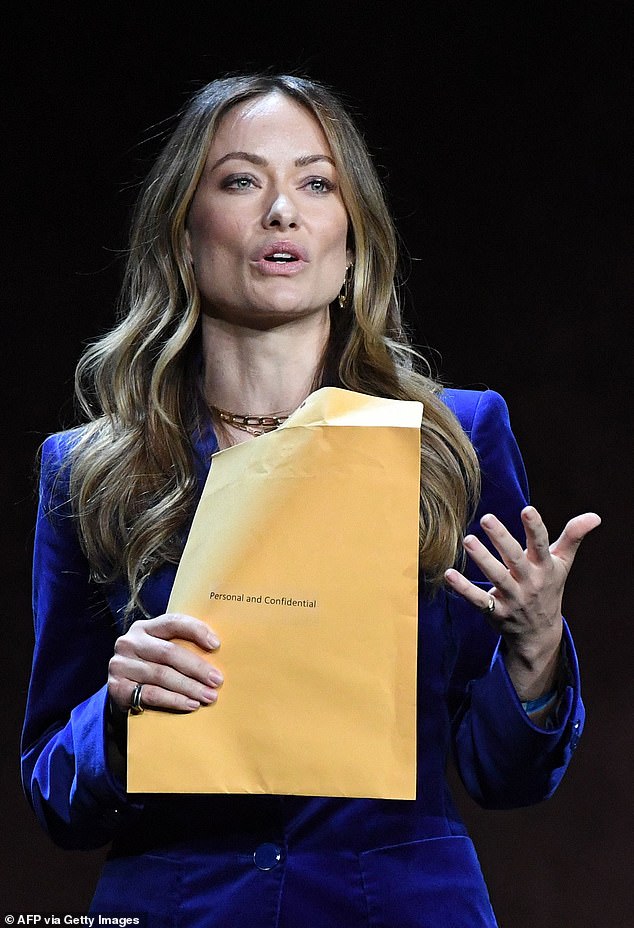 Awkward: The couple were together nearly a decade and Olivia was served papers on stage a few months ago in Las Vegas from Jason – who wanted their children to live with him in New York City