Kate may have to ‘drop’ beloved habit when she becomes Queen

Kate Middleton hoisted high up in air during rugby training

King Charles announced Will and Kate’s new roles on September 9, just one day after Queen Elizabeth II’s passing. Eventually, the royal pair are set to become King and Queen Consort of the UK. Body language expert Judi James spoke exclusively to Express.co.uk about whether Kate Middleton is ready for her new role as Queen when the time comes.

Judi stated: “It would be hard to imagine someone with body language that is more suited to the role of Queen than Kate.

“She brings many of the more traditional, formal and elegant traits that the Queen was known for, but blends them with some touches of her own that update her image to suit this age of relatability, accessibility and video communications.”

Kate is quite remarkable in that despite her worldwide fame and status, she is somewhat relatable and isn’t afraid to have fun or get her hands dirty.

However, Judi wondered if this will change as Kate moves from Duchess to Princess and Princess to Queen Consort. 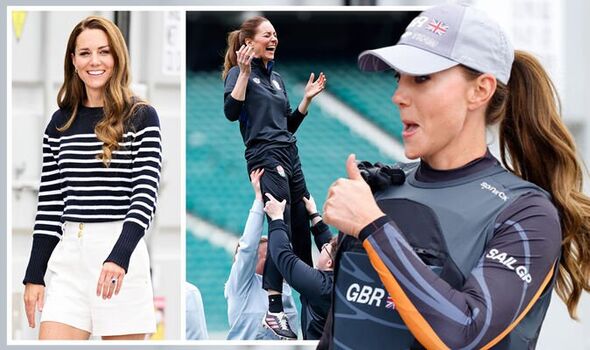 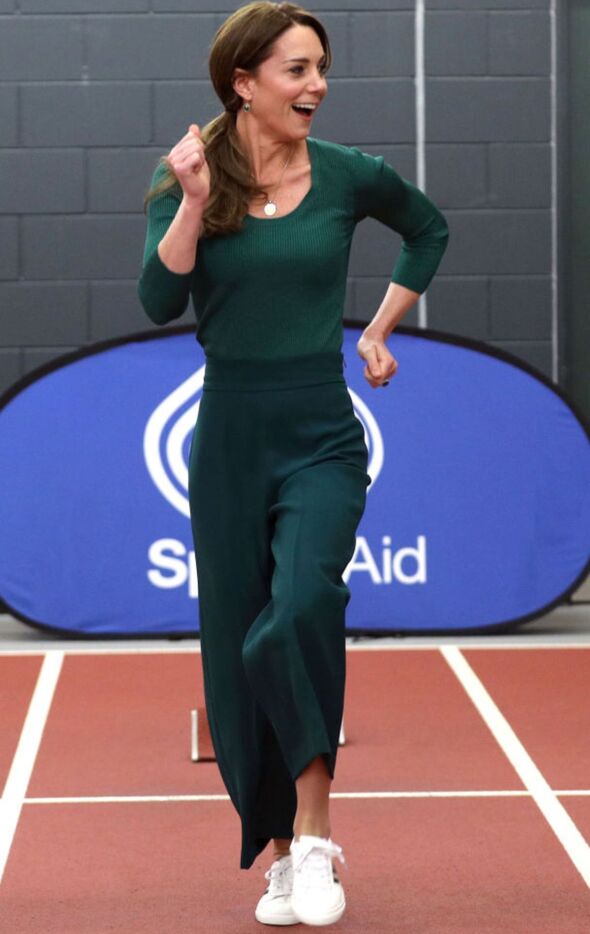 She posed the question: “Kate does A-list glamour and elegance perfectly, but will she need to drop some of her more casual looks, like her sporting gear or even shorts that she tends to wear on some of her visits?”

Judi stated: “Kate always looks totally happy and confident joining in all the sporting action as part of her royal roles.”

Kate is keen to get involved in the world of sport, whether it’s front and centre watching a game or joining in for a spot of rugby, football, tennis or even boating.

Judi continued: “It would be a pity if she dropped this more natural, fun and spontaneous side of her body language performances.

“This is because it creates such a strong role-model for little girls who might otherwise think being a Princess and a Queen is just about royal waves and pretty dresses.”

One gesture of Kate’s that she will certainly not drop, however, is her “royal smile”, according to the expert.

The “royal smile” remains a steadfast and comforting symbol of hope in the Royal Family, and according to Judi, Kate’s is “unmatched”. 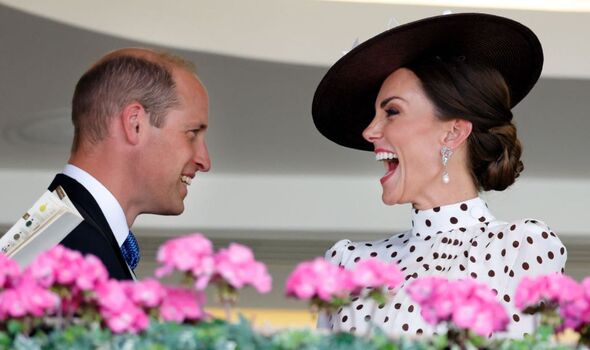 This is something the Princess has down to a T, and while Queen Camilla may have a “very warm eye-smile”, her mouth smile is more “complex”, rather than “professional” and “perfect”.

Judi continued that the royal smile is something that Kate has honed perfectly and will serve her well as the future Queen.

She explained: “Kate manages to maintain it for long periods of time but without any signs of lip tension to make it look fake, or flagging.

“These are smiles that only really work at her level of visibility and status, otherwise you would only really expect to see them in someone in a customer-facing role.

“They signal high levels of polite agreeableness to everyone, rather than to individuals, and in Kate’s case they also ensure every photo that is taken of her shows her looking as regally radiant as possible.” 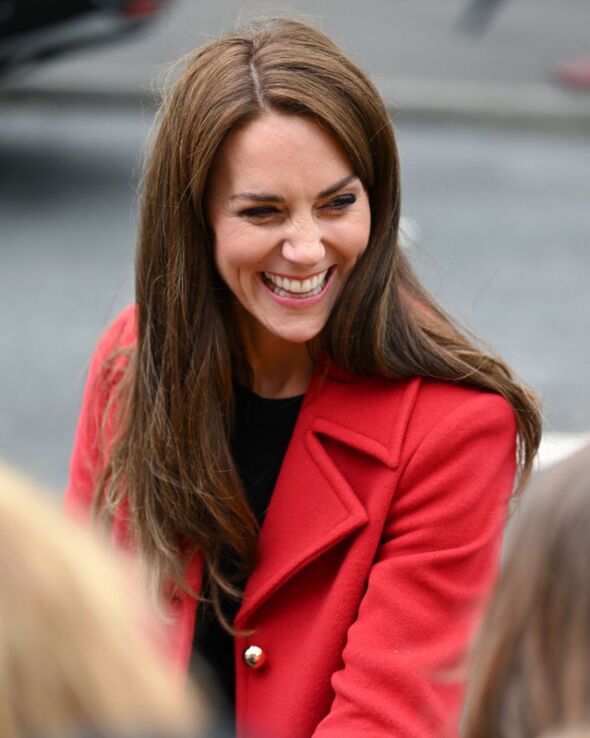 Kate has also taken a leaf out of beloved Princess Diana’s book when it comes to her royal role.

Although Diana – the former Princess of Wales – was never Queen, she was known as the people’s Princess, because she touched the world with her compassion and humanity.

She possessed a “flooding smile”, a smile that “grows across the face when an individual is being greeted, suggesting authentic liking and rapport”.

According to the expert, this was one of the “traits that helped make [her] so popular”, and Kate possesses it too.

Judi continued: “This type of smile, as well as Kate’s habit of wrinkling her nose as she does some open-mouthed laughter, will be the perfect way to suggest different degrees of pleasure, engagement and contagious fun during any royal visits.”