I’m A Celebrity 2022: Mike Tindall’s campmates fail to remember where in line to the throne his wife Zara is as rugby star loses Deals On Wheels Whack-A-Mole challenge

Mike TIndall’s I’m A Celebrity… Get Me Out of Here! campmates failed to remember what number in line to the throne his wife Zara is during Friday night’s episode.

The former rugby player, 44, was tasked with taking on the latest Deals On Wheels challenge, Whack-A-Mole, which involved them answering questions correctly in order to win a treat for camp.

However, despite completing the game, they failed to name Zara as 20th in line to the throne, instead saying she was 17th, meaning they did not receive the treat. 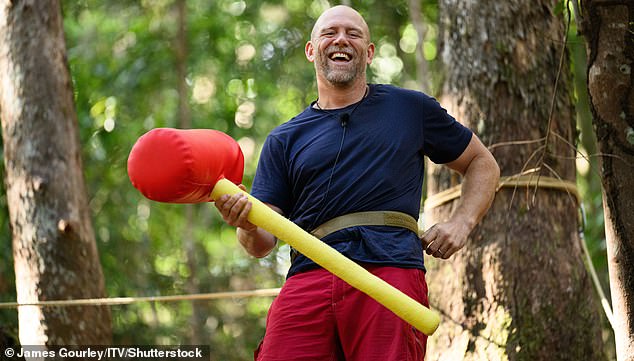 Blunder: Mike Tindall’s I’m A Celebrity… Get Me Out of Here! campmates failed to remember what number in line to the throne his wife Zara is during Friday night’s episode

It comes after Mike opened up on the birth of his third child Lucas in 2021, on Thursday’s episode of I’m A Celebrity.

The sportsman is married to King Charles’ niece Zara Phillips, 41, and they share three children together, Mia, eight, Lena, four, and Lucas, one.

In camp, the group of celebrities were discussing waxing which Owen compared to the pain of childbirth. 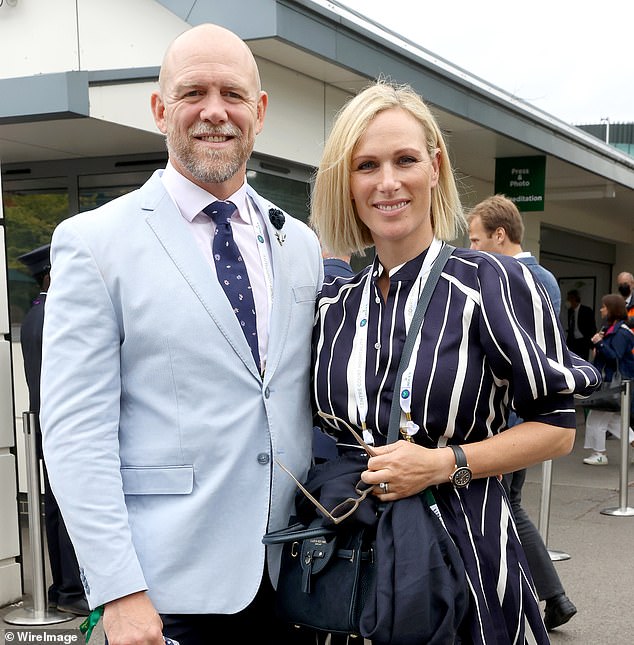 Mishap: Despite completing the game, they failed to name Zara as 20th in line to the throne, instead saying she was 17th (pictured together in June 2022)

This led Mike to talk about the birth of his son, saying: ‘Lucas was rapid. Third one. As we got our stuff to go to hospital, she got out of the bath, she could barely stand, she was shaking. The midwife was like, “She’s not making the hospital.”

‘She was like, “You don’t want to be delivering in the car.” Into the gym, two gym mats down in the bathroom. But yeah.’

On whether Zara was in pain, he said: ‘She was, it was fast though, from that moment. She almost choked me to death. 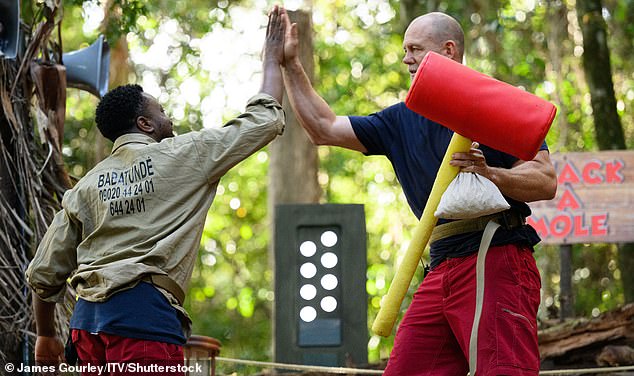 Success: Mike and Babatunde completed the Whack-a-Mole task but failed to answer the questions correctly to win a prize for their campmates 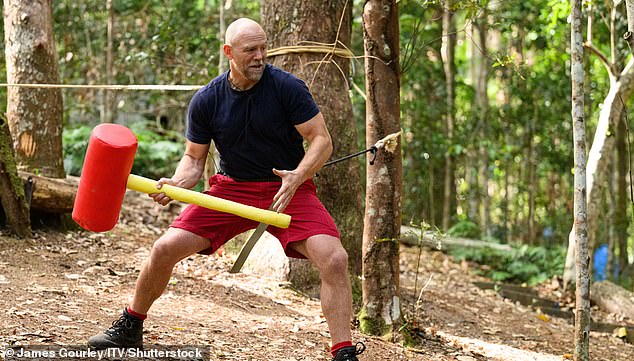 Fun and games: They were tasked with hitting a mole with a giant hammer during the task on Friday night’s episode 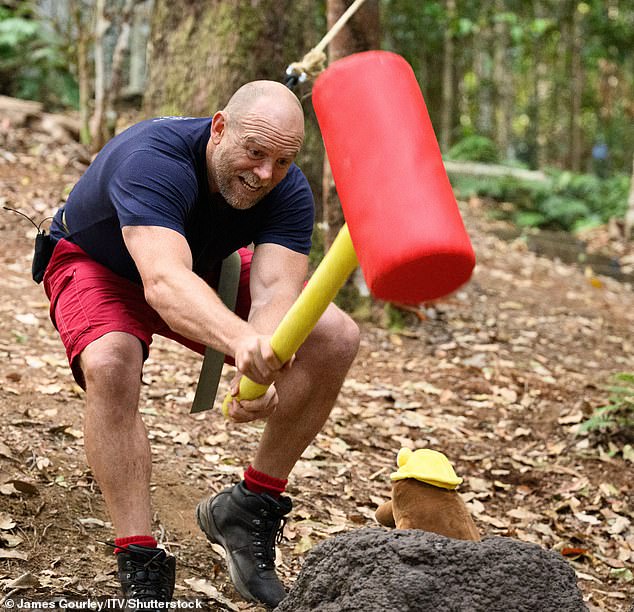 Shocked: The pair were unable to believe they got the question about Mike’s royal family member wife wrong 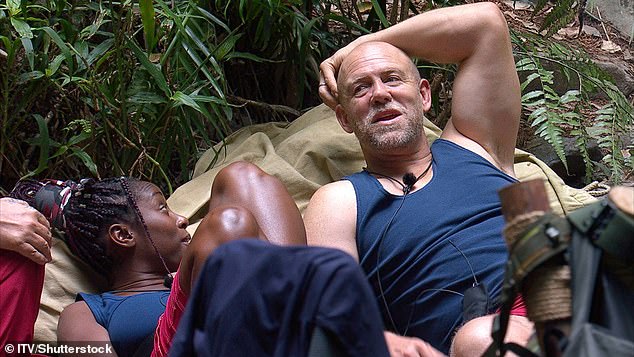 Opening up: Mike Tindall has opened up on the birth of his third child Lucas in 2021, on Thursday’s episode of I’m A Celebrity… Get Me Out Of Here!

‘You can’t say anything can you? “Can you let go, you’re really hurting me?!”’

It comes after on Monday’s episode, Mike opened up about meeting his wife Zara in Sydney and admitted that they discovered they ‘both quite like getting smashed’ during their ‘boozy’ first date. 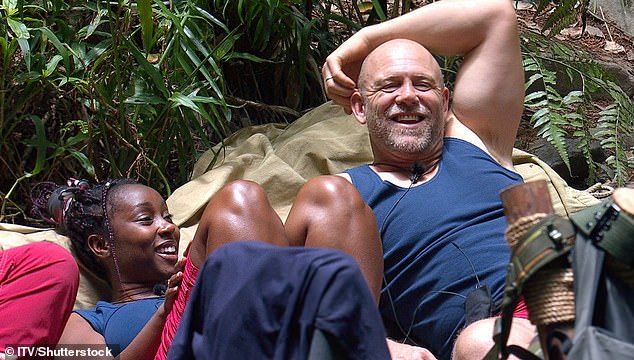 Reflecting: Talking about the birth of his son, saying: ‘Lucas was rapid. Third one. As we got our stuff to go to hospital, she got out of the bath, she could barely stand, she was shaking’

Speaking inside main camp, Mike told fellow campmates Babatúndé Aleshe and Owen Warner about first meeting his wife, whom he married in 2011.

He also candidly discussed their first date, recalling: ‘First actual date, just went out for lunch locally. And ended up being quite a boozy one. Then we figured out that we both quite like getting smashed. It was a good start.’

Mike explained: ‘I was at the World Cup, she was out watching. I got dropped from the semi-final. I was p****d off and so I went for a beer with another guy who got dropped and a guy who was over [in Sydney]. They’d met her before and they introduced us and then got chatting.’ 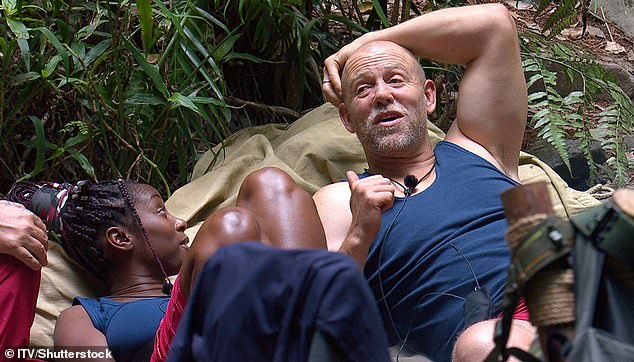 Crazy moment: Of whether Zara was in pain, he said: ‘She was, it was fast though, from that moment. She almost choked me to death’

Owen replied: ‘So if you never got dropped you never would have met her?’

Mike has confirmed wife Zara will be flying to Australia to support him on I’m A Celebrity … Get Me Out of Here! ‘if it got to the end’ – and has warned him not to eat too loudly.

The rugby star is the first member of the Royal family to compete in the ITV series, which kicked off on Sunday. 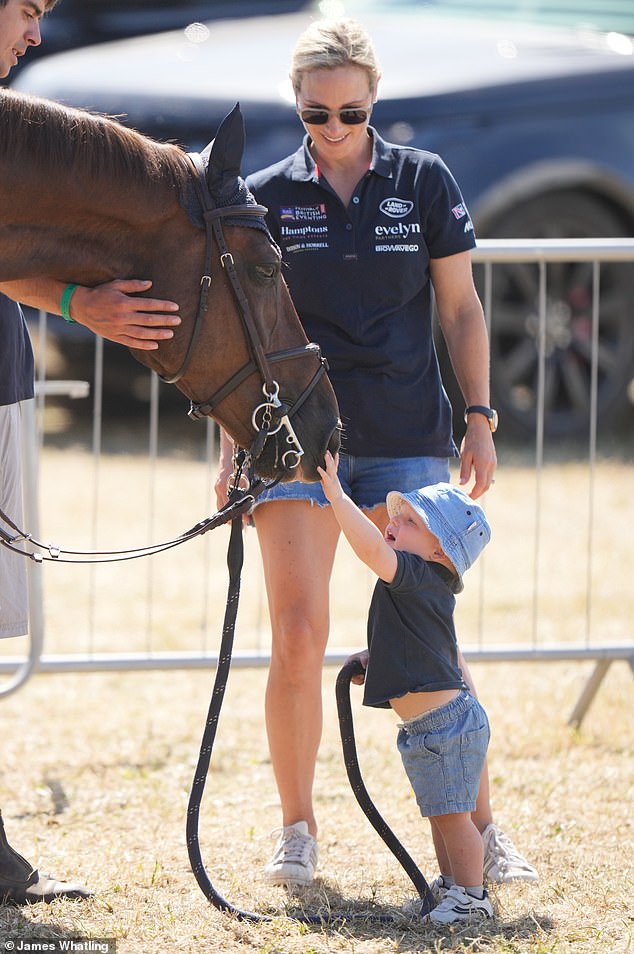 Taking the reins: Zara and Mike’s third child Lucas (pictured in August 2022) was seen holding the reins of a horse and patting its nose while mum Zara watched on