‘She was a shoo-in to take over’: Michelle Keegan’s drama Our Girl ‘was axed after bosses failed to secure Jacqueline Jossa as her replacement’

Jacqueline Jossa was reportedly first in line to take over from Michelle Keegan on her hit drama Our Girl, before bosses ultimately decided to pull the plug on the show.

It was announced on Tuesday that the hugely popular BBC show would not be returning for a fifth series, following the 33-year-old star’s departure.

And according to The Sun, a key element in the decision to ultimately cancel the show came out when talks with former EastEnders star Jacqueline, 27, stalled. 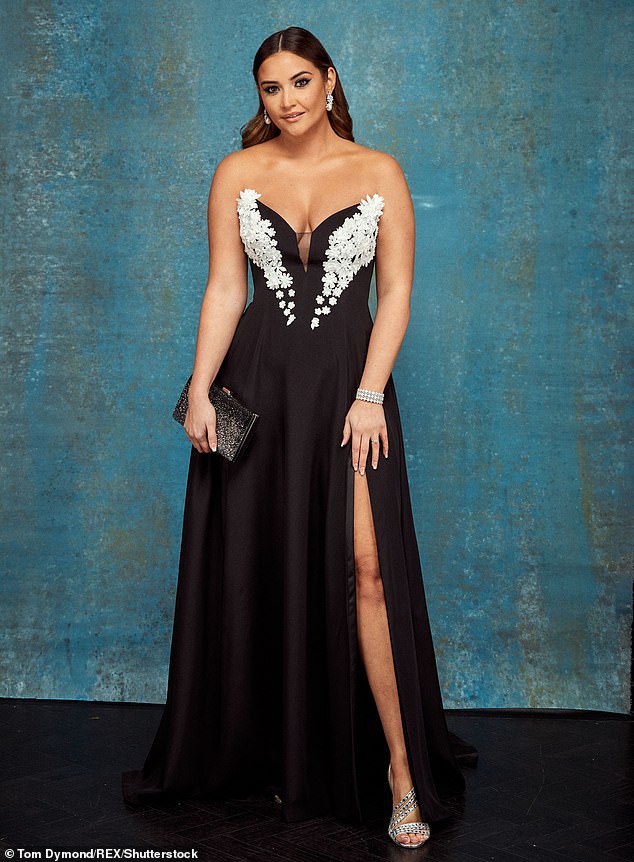 Choice: Jacqueline Jossa was reportedly first in line to take over the lead role on her hit drama Our Girl, before bosses ultimately decided to pull the plug on the show. Pictured in January

A source said: ‘Jacqueline was a shoo-in to take over from Michelle in Our Girl but ultimately it would have been tough for her to commit to being away for so long.

‘Jacqueline knew it was a massive role for her but after the initial call it all went quiet and nothing more was said. With the pandemic and restrictions on filming, they felt it was best to just pull the plug for the moment.

‘It’s a shame because everyone thought Jacqueline could have had huge success in the role but the chance never really came off.’ 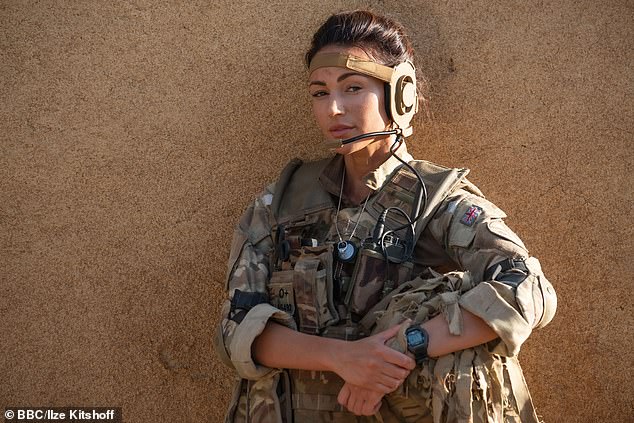 Shooting on the show takes place at far-flung locations, often for months at a time. Jacqueline is raising two young children with her husband Dan Osborne.

MailOnline has contacted representatives for Jacqueline Jossa and the BBC for comment. A representative for Michelle Keegan declined to comment.

BBC bosses and the show’s creative team announced they had opted to end the military drama series following Michelle’s departure from the role of lead character, Sergeant Georgie Lane.

Our Girl creator Tony Grounds told Radio Times: ‘With the finale of series four showing Georgie ready to move on with her life, it feels like the right time for us to do the same.’ 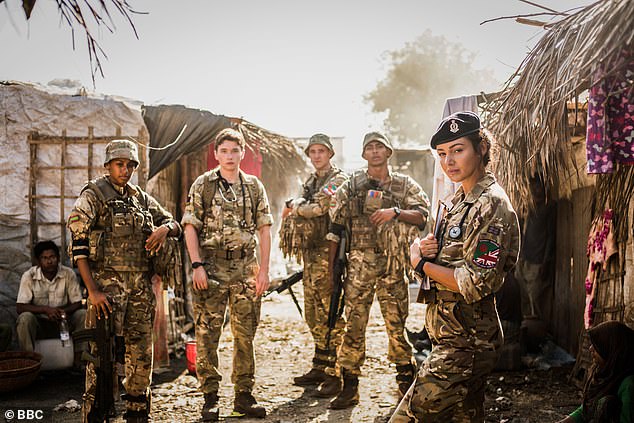 End of the road: It was announced on Tuesday that Our Girl was axed following its fourth season as show bosses felt it was ‘the right time’ to end the series

Despite this, Tony admitted he’d be keen to reunite with Michelle at some stage in the future.

He explained: ‘Michelle and I are keen to continue our working relationship and, who knows, maybe we’ll catch up with Georgie in the future. I wanted to say a big thank you to the fans of the show, it’s been a joy to write.’

Piers Wenger, the controller of BBC Drama, added: ‘We are very proud of Our Girl and would like to thank Tony Grounds, Michelle Keegan and the fantastic cast and crew for all their hard work on the show.’

In January Michelle quit Our Girl after series four of the drama, revealing she was keen to spend more time in the UK and ‘explore other opportunities’ in her career. 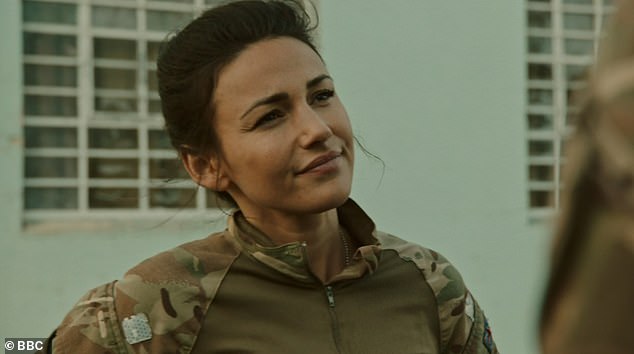 ‘Right time’: Our Girl creator Tony Grounds claimed series four gave the show a satisfactory conclusion as Michelle’s character Georgie Lane was ‘ready to move on with her life’

She played British army medic Georgie on the show for three seasons but plans to leave in order to spend more time in the UK.

The demanding filming schedule of the show had seen the Stockport born star travel to South Africa, Nepal and Malaysia for several months of filming a year.

Michelle’s husband Mark Wright also had moved back to the UK from Los Angeles where he was working on US TV.

At the time, the former Coronation Street actress acknowledged that it had been a ‘really difficult decision’ to walk away from the show.

When speaking with The Sun about her decision the ex-Coronation street star said: ‘I’ve had the most incredible four years on the show and I want to thank the BBC for giving me such an amazing opportunity.

‘Playing Georgie has been a life changing role for me. I’ve loved every second of the adventure so it was a very hard decision to make not to return.

‘I feel it is the right time to explore other exciting opportunities but I’m so happy to be part of the new series coming soon so it’s not the end just yet.’

At the time of the announcement, producers were said to have been looking for another actress to replace Michelle to play the lead, which starred former EastEnders actress Lacey Turner, 31, for its first run in 2014. 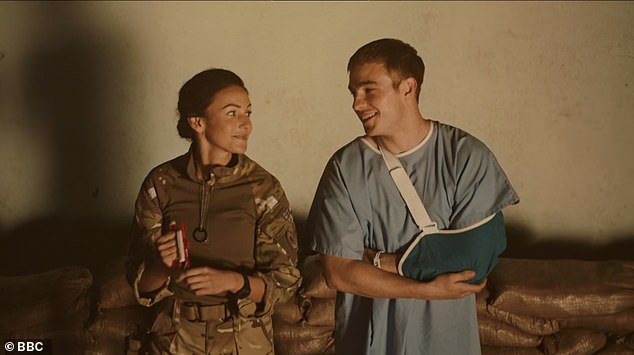 ‘Hard decision’: In January Michelle quit Our Girl after series four of the drama, revealing she was keen to spend more time in the UK and ‘explore other opportunities’ in her career