Jake Quickenden has lost hope after his newborn baby was trolled

EXCLUSIVE ‘It makes you question humanity’: Jake Quickenden says he has lost hope in society after his ‘defenceless’ newborn baby was viciously trolled

Jake Quickenden has been forced to ‘question humanity’ after his ‘defenceless’ newly born son was viciously trolled online.

In an exclusive interview, Jake, who currently stars in MTV show Celebrity Bumps: Famous & Pregnant, admitted he was used to being targeted after a decade of working in TV – but his son being victimised hit him harder. 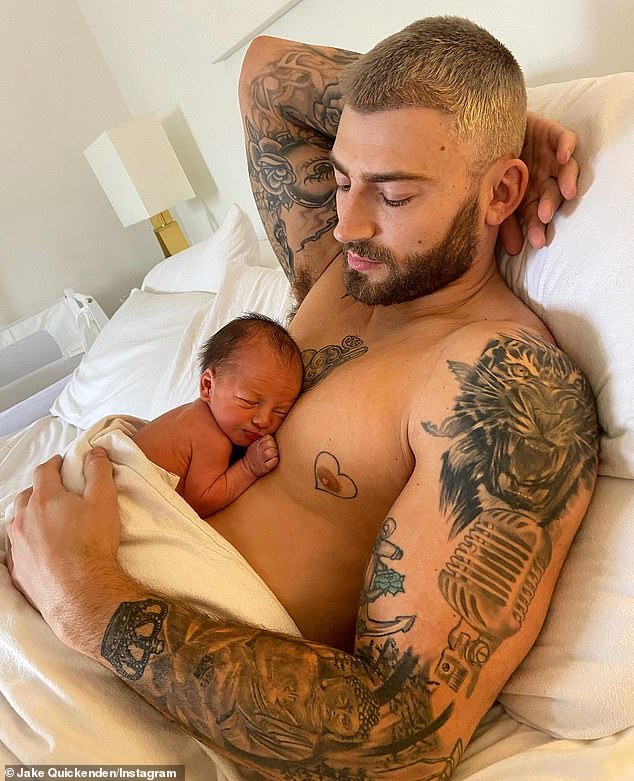 ‘It has been tough’: Jake Quickenden has been forced to ‘question humanity’ after his ‘defenceless’ newly born son was viciously trolled online

The former I’m A Celeb star, who shares Leo with girlfriend Sophie Church, 28, explained: ‘When you put yourself out there and you do reality TV you have got to expect that some people aren’t going to like you and I totally get that.

‘I understand people might say I’m annoying and I’ve got big teeth or whatever – and I couldn’t really give a s*** but when its targeted towards my baby or my Mrs., who isn’t really in the public eye, or a newborn baby that can’t defend himself, it makes you question humanity.

‘If you don’t like someone, you don’t have to tell them, it’s fine, just move on and don’t comment.

‘It has been tough with the comments but its water off a duck’s back now. I’ve had enough trolls the past 10 years that you get used to it but when it’s about your baby it is a different matter.

‘I feel sorry for them to be honest, if you’ve got enough time to make a profile or comment hate towards someone you don’t know it is a reflection on yourself.’ 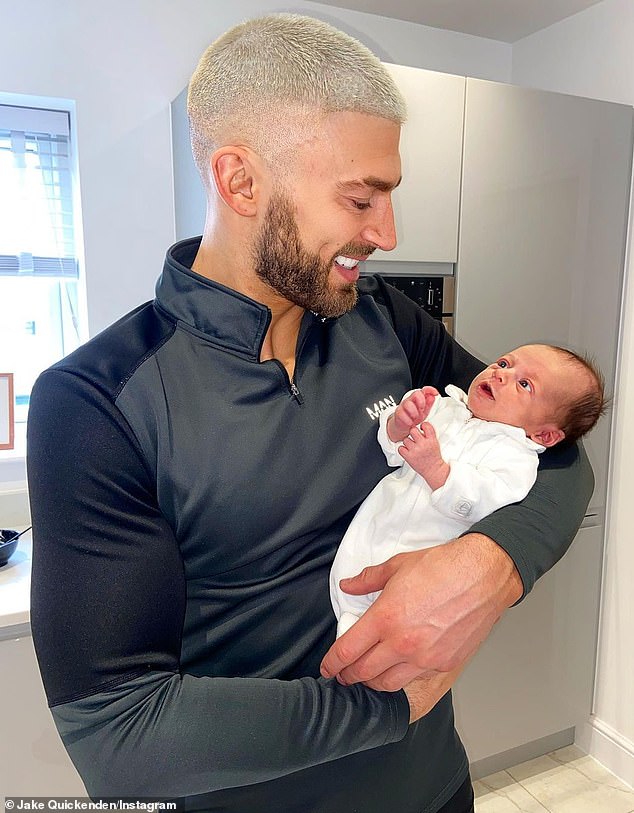 ‘I feel sorry for them’: The reality star told MailOnline he’s lost hope in society following nasty comments – including death threats – baby Leo received when he was just a few hours old

Trolls fired negative comments at Jake after he shared an image of him topless while holding son Leo in his arms.

Jake later explained the photo wasn’t for vanity, but his midwife had advised him to make ‘skin-on-skin’ contact with Leo, which can relax the baby and help to regulate their heartbeat.

Now, three weeks after Leo’s birth, Jake admits fatherhood is harder than he could have ever imagined.

He said: ‘I’m tired – living off of Red Bull but enjoying every second. It is amazing but much harder than I thought. 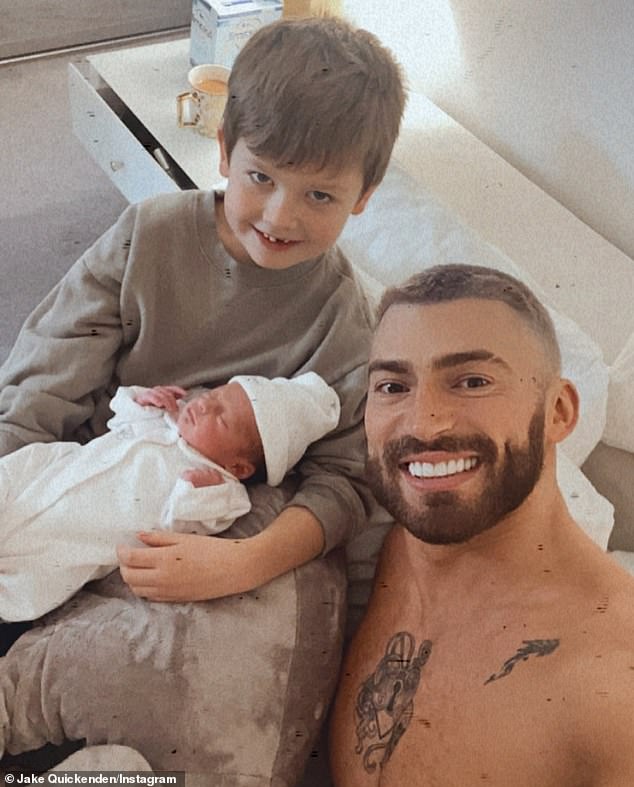 ‘He’s my little best mate’: As well as being a dad to Leo, Jake has also grown close to girlfriend Sophie’s seven-year-old son, Freddie, who she has from a previous relationship

‘It is draining and I’m tired all the time and I’m constantly cleaning up sick. There’s no time to do any housework.

‘It’s the lack of time, you’re needed 24/7. I have found myself settling him, putting him down and thinking ‘I can brush my teeth’ but as soon as I start walking out the room I hear him crying, so I hold him again.

‘My mum used to say to me “you’ll realise when you have your own” and I used to think ‘whatever mum’ but now I do, I realise how hard it is.’

As well as being a dad to Leo, Jake has also grown close to girlfriend Sophie’s seven-year-old son, Freddie, who she has from a previous relationship.

Jake said while he’s not attempting to be Freddie’s dad, it’s important they exist as one close family. 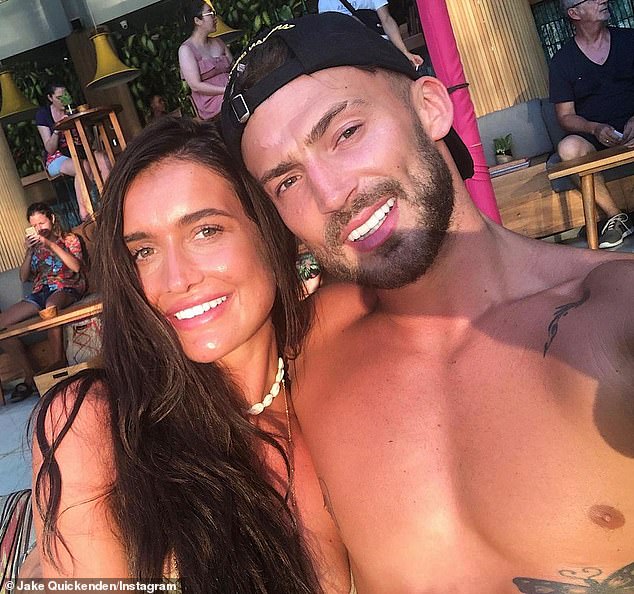 ‘Maybe in a year or two’: Despite only welcoming son Leo to the world earlier this month, Jake hopes him and Sophie can have another baby together soon, as he longs for a big family

He said: ‘When I met Soph, the fact that she had Fred was never a burden to me it was always a blessing – a bonus.

‘We get on, he’s my little best mate and it’s important to try and keep him really involved in this and not leave him out because at the end of the day I’ve been in Fred’s life for three and a bit years and I love him to pieces – he has a great family already – I don’t try and need to be his dad, he’s got a dad.

‘But it’s important that everyone gets along and I love him, the way he is with Leo is amazing.

‘Also seeing the amazing job Soph and Fred’s dad have done with raising Freddie it’s so nice to know I’ve got half of that already with Sophie and hopefully we can do a great job with Leo.’

Despite only welcoming son Leo to the world earlier this month, Jake hopes him and Sophie can have another baby together soon, as he longs for a big family.

He said: ‘The bubble is such a beautiful thing and I do want a big family and another boy or a girl – I don’t care to be honest.

‘I was thinking I had five years between me and my brothers so I was thinking, Freddie is seven now and we were thinking it would be good to have a brother or sister that’s closer in age to Leo, maybe a year or two, so they can grow up and be best friends. I’m sure Freddie and Leo will be best friends anyway.

‘Sophie was like “can I have a little bit of time please and get the newborn baby phase out of the way first?” 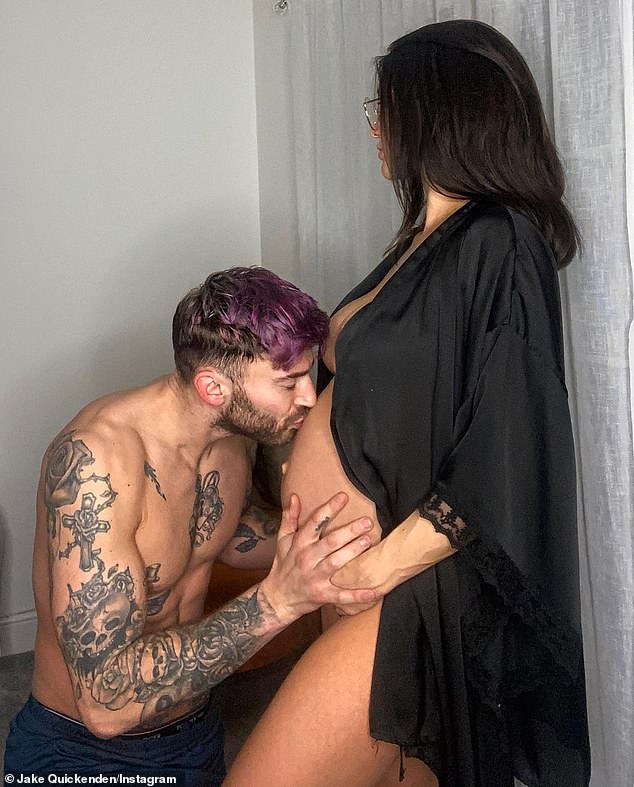 Love: The couple, who have been together for three years, say they could start trying for a second baby soon as they hope to have a small age gap between Leo and his future sibling