She became an expert at commanding the attention of the audience as a member of Little Mix.

But Jesy Nelson, 30, proved she doesn’t need to be on stage to put on a show in her Instagram Stories on Thursday as she posed up a storm in the back of her car.

She wore a white crop top under her dungarees, pulling one strap down as she worked her magic in front of the lens. 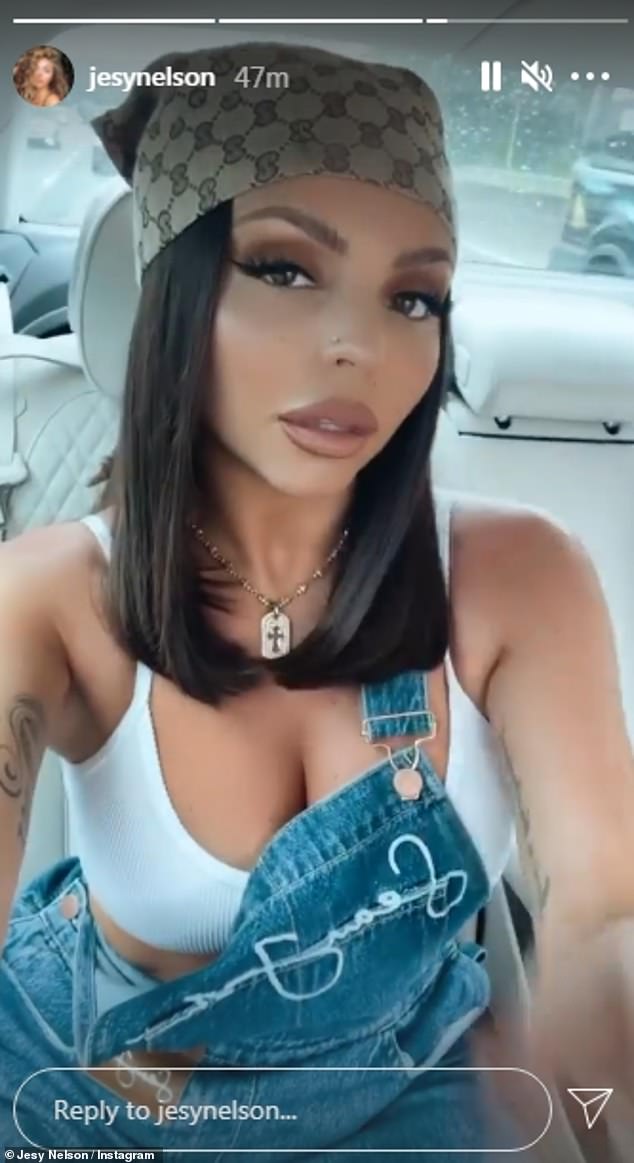 The now-solo-star, who signed a record deal last month after leaving the band that made her famous in December last year, gave fans a glimpse of her outfit as she went about her business.

Former X Factor contestant Jesy could be seen wearing a pair of Sean John x Missguided Blue Baggy Boyfriend dungarees while she had a Gucci bandana on her head.

Her long locks were noticeably missing as she wore a dark brown bob wig. 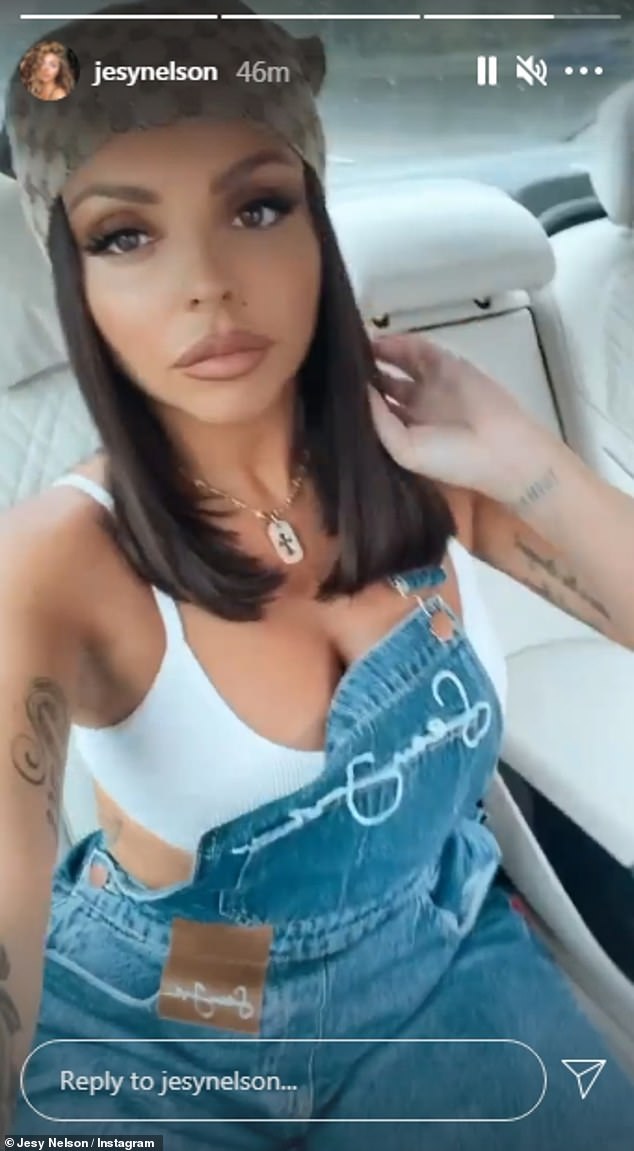 Fashion forward: Former X Factor contestant Jesy could be seen wearing a pair of Sean John x Missguided Blue Baggy Boyfriend dungarees and had a Gucci bandnna on her head

The musician saw her 30th birthday in with a bang at the weekend, celebrating over a number of days with her friends.

Earlier this week she shared a slew of fun snaps to Instagram, showing her larking around with a huge bear at a lunch date. 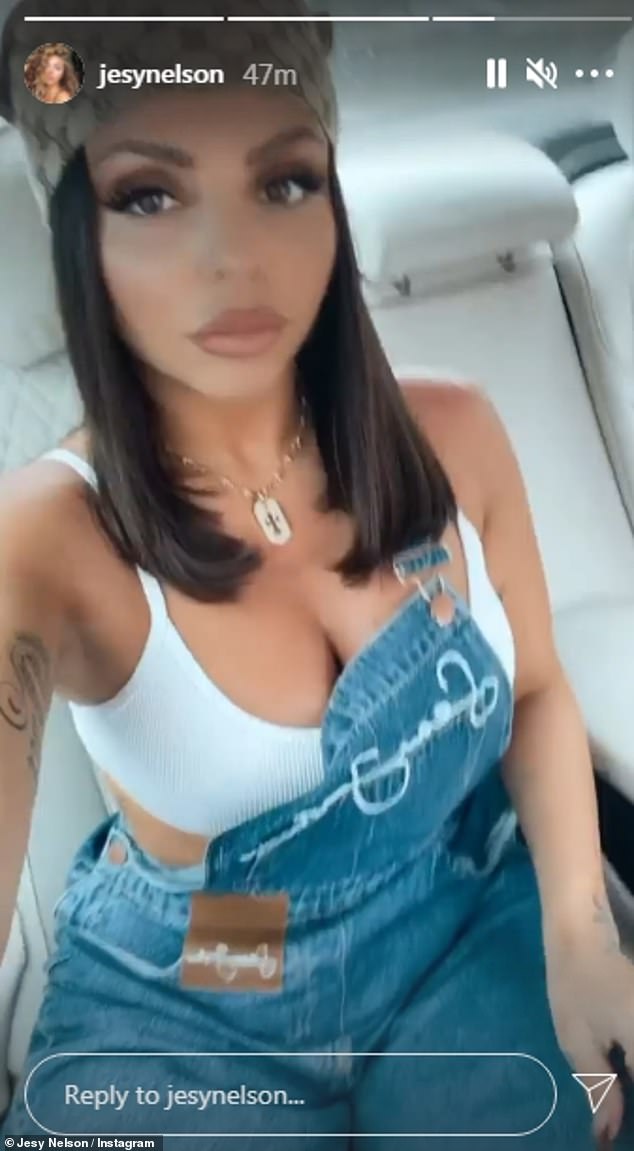 Mixing it up: The former Little Mix star’s long locks were noticeably missing as she wore a dark brown bob wig for the day 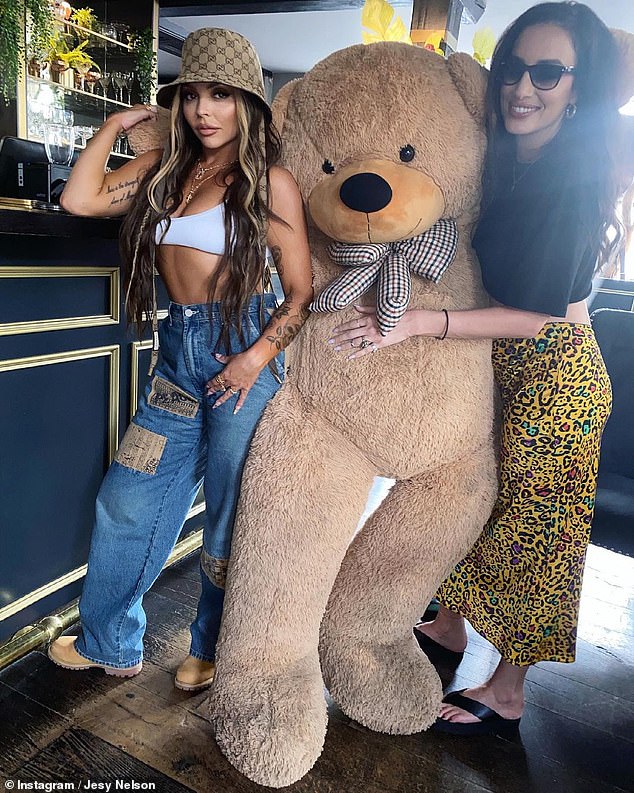 Work it: Jesy exuded confidence in a white crop top this week as she posed up a storm for a slew of fun snaps larking around with a huge bear and her pal 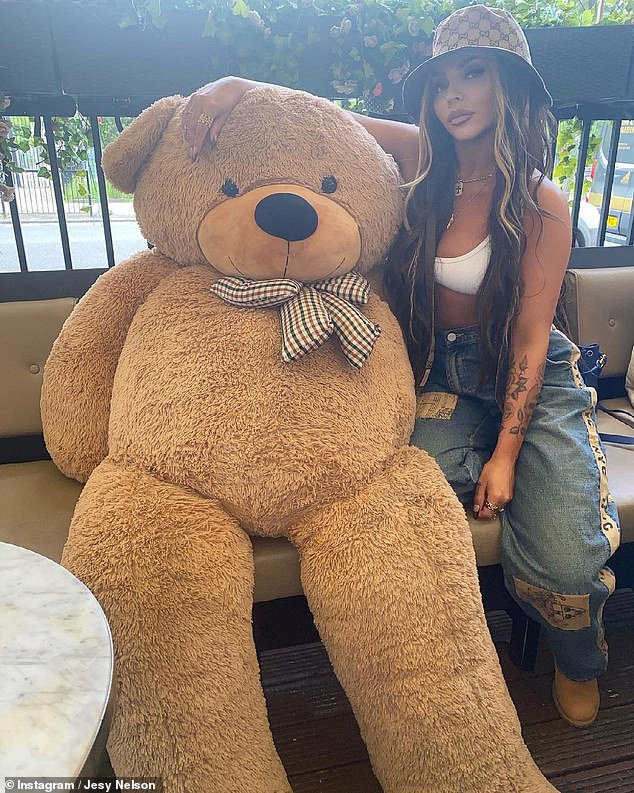 New mate? Jesy continued her birthday celebrations with a lunch date after seeing in her 30th on Monday following a busy weekend with friends

It came after she put on a cheeky display as she stripped off and shared a bath with a female pal during her festivities on Sunday.

Jesy, whose birthday was on Monday, posted a picture of herself and her companion on Instagram, thanking her ‘favourite people’ for being there as she celebrated at a hotel.

The glamorous star, who sported a rich palette of make-up for her impromptu bubble bath, appeared topless as she winked and stuck her tongue out in the snap, while her friend covered her modesty with bubbles and her hands.

She wrote: ‘Couldn’t have asked for a better way to spend my 30th. All of my favourite people in one place.

‘Feeling very lucky and I cannot wait to start this new decade of my life.’ 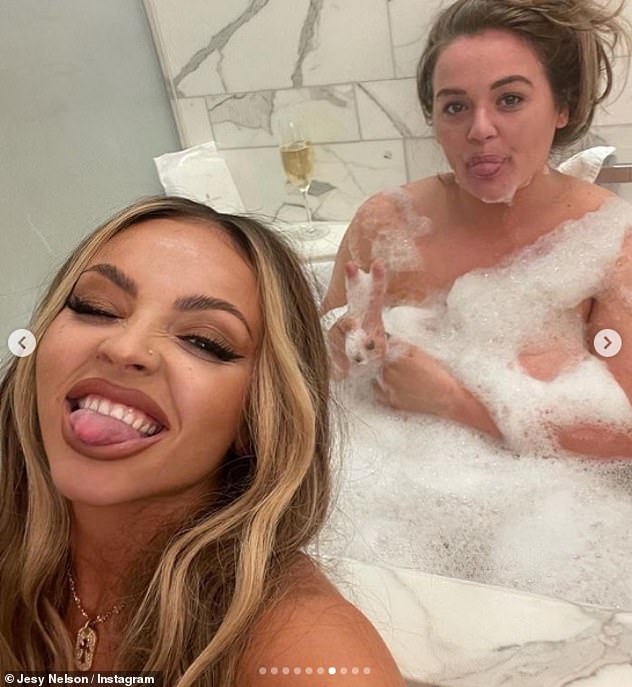 Birthday bubbles: It comes after she put on a cheeky display as she stripped off and shared a bath with a female pal during her 30th birthday celebrations on Sunday 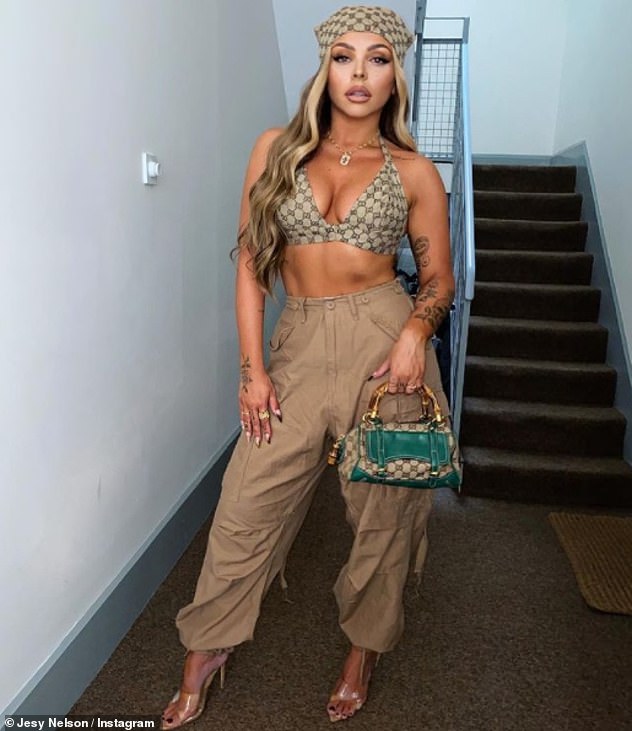 ‘Let the 30 festivities commence’: Jesy also shared a glimpse of her fun birthday look with her fans on Instagram as she headed out to begin her 30th birthday celebrations on Sunday