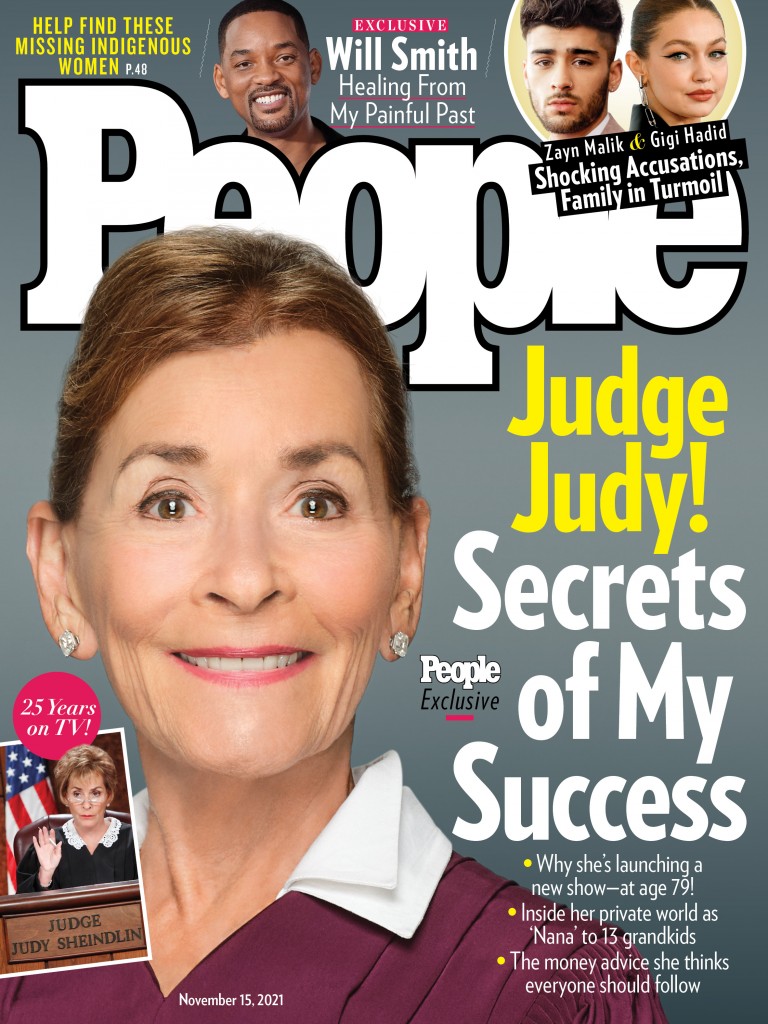 Judge Judy Sheindlin ended her very popular show, Judge Judy, last May. It ran for 25 years. During that time, Judge Judy established herself as a no-nonsense, swift arbitrator able to put on an entertaining display without becoming comical. And she became close friends with Samuel L. Jackson who reached out to her as a fan. Judge Judy also walked away with a fortune estimated to be around $460 million. In her People cover story, Judge Judy said she never set out to make that kind of money. She said she and her husband hoped she’d make enough money to retire to, “a two-bedroom apartment one block off the beach in Florida.” I think they can probably swing that now. Or maybe just buy the whole beach.

Judge Judy Sheindlin is currently worth an estimated $460 million, according to Forbes, but before the 79-year-old made it big on court TV, Sheindlin struggled to make ends meet.

“The majority of my life, I spent buying on the sale rack,” she tells PEOPLE for this week’s cover story. “I didn’t bother going into [Neiman Marcus], [Bergdorf Goodman] and Saks [Fifth Avenue] because I couldn’t afford it.”

Judge Judy premiered on Sept. 16, 1996. “I was hoping we would have a three- or four-year run and that my husband and I would be able to afford a two-bedroom apartment one block off the beach in Florida as a retirement place,” she recalls. “We were civil servants. We had five kids that were all educated, most went to graduate school. We tried to see to it they weren’t burdened with a lot of debt.”

In early seasons, Sheindlin engaged in serious salary negotiations, but as the show’s ratings skyrocketed, she demanded paydays to match.

“We should be partners,” she says she told CBS executives after a decade on-air. “I can do this program without you. Good luck, you can’t do it without me.”

In subsequent negotiations, Sheindlin would slip her bosses dollar figures in sealed envelopes across the table. Her annual earnings grew to a reported $47 million, making her one of the highest-paid people on TV.

Her plainspoken advice for anyone negotiating for better pay? “You have to make yourself indispensable — and that is irrespective of what you do,” she says. “Once you’ve done that and have leverage, make a reasonable demand and know what the commodity is worth.”

CB worked out that Judge Judy was 54 when she started her TV show. She’d been a judge in New York, then a supervising judge before the show. I remember the only time my attorney father ever consider running for judge was for the retirement package. But that was in California, I don’t know what NY judges are offered. Still, CBS approached Judge Judy, not vice versa, and I’ll bet any kind of TV money was better than what she was looking at with her day job. This cover story, by the way, is to promote Judge Judy’s new show on Amazon, Judy Justice. I didn’t watch Judge Judy, just clips, but I can’t see how this new show is any different other than her robe color. The People article doesn’t clear much up, she just said that Amazon said she could do her “thing” with new people.

Speaking of those new people, that’s left a bad taste in some fans’ mouths. Judge Judy’s longtime bailiff, Petri Hawkins Byrd was not asked to be a part of the new show. Ironically, Petri said it was because his salary was too high. At least that’s what he was told, since Judge Judy and her new team never asked him what his demands were. And his wife had been a producer on Judge Judy who had been asked back, so he had inside information. I guess only some folks get to make themselves “indispensable?” 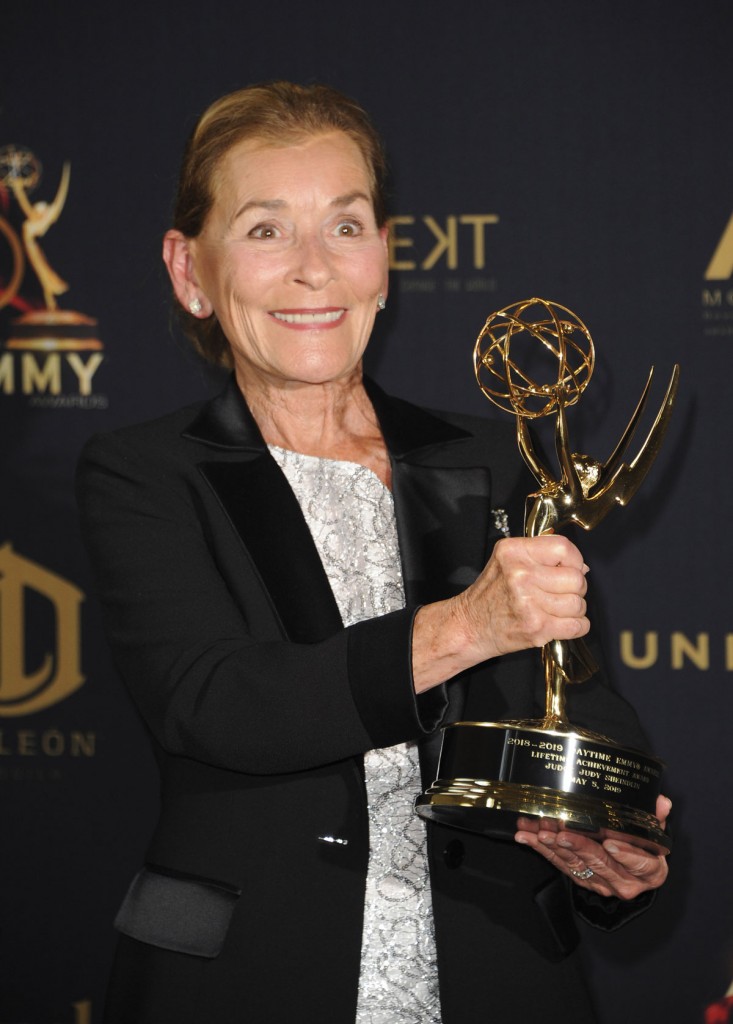 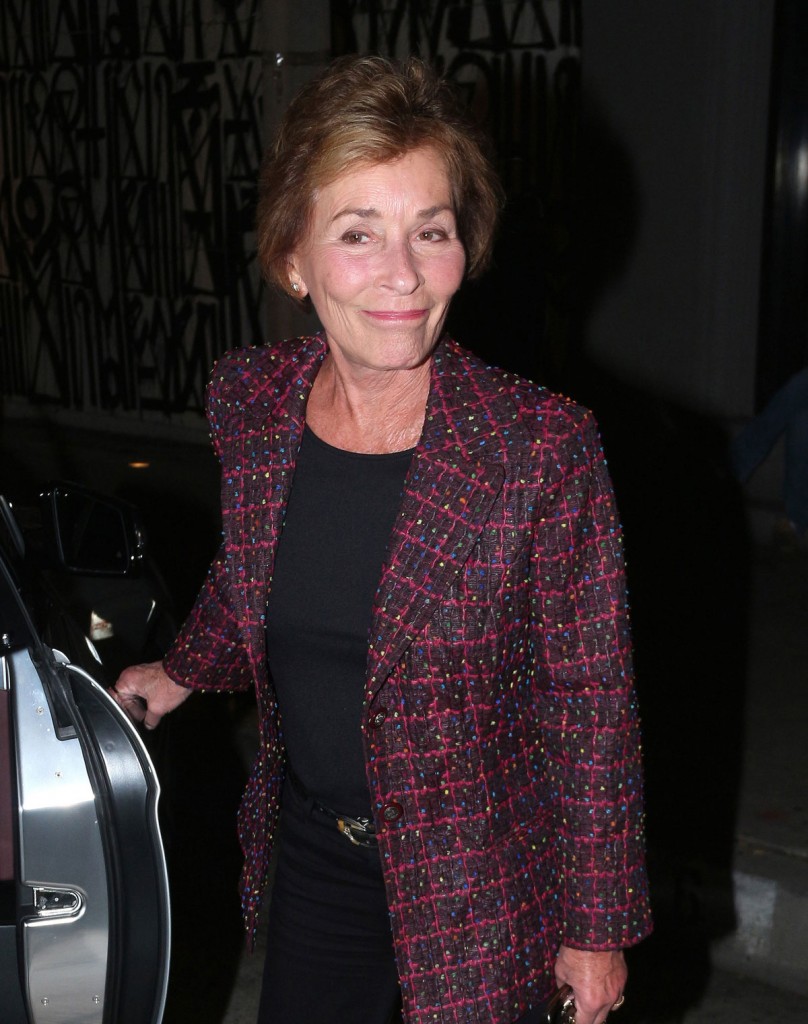