Kendall Jenner took to her Instagram story to share a lighthearted moment in which she shook her hips while dancing and clicking her boots.

Kendall Jenner, 25, stopped to show off how her feet can move in a new Instagram video. The model was wearing a red bikini top, figure-flattering blue jeans, and brown and tan cowboy boots in the clip and shook her hips as she clicked her boots on the floor while standing in the shadows of a hallway. She also wore a black baseball cap over her locks, which were down, and had sunglasses hanging in the middle of her top as she smiled at the camera after flaunting her dance moves.

Kendall captioned her latest video with a cowboy and lizard emoji. It’s not clear who was filming the video but it’s possible it was her boyfriend Devin Booker, 24, who she’s been more open about lately. In addition to the video, she shared an adorable video of a dog wearing a Phoenix Suns basketball jersey that had Devin’s last name on it and his number, 1.

Despite being more open about Devin, a source told us Kendall is still taking her time when it comes to labeling their relationship. “Kendall and Devin are still not super serious,” the source EXCLUSIVELY told HollywoodLife. “She travels a bunch for work but when she has time, she enjoys seeing him. She has a lot fun with Devin and he makes her laugh! It just won’t be some big relationship that makes a baby.” 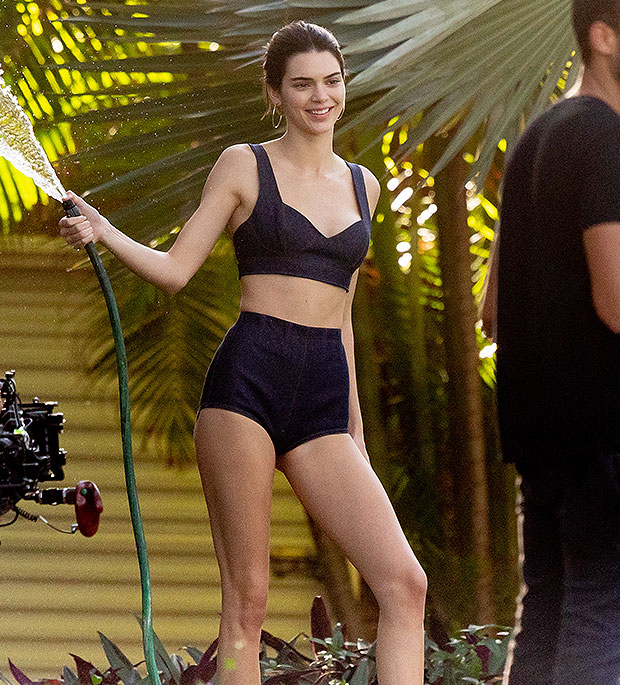 Kendall and Devin’s romance has been the talk of the town ever since they went Instagram official last month. The smitten beauty shared a photo of her and the athlete laying down with their arms around each other while smiling and captioned the snapshot with a heart. He was also nestling his head in her shoulder, showing off their close bond.

Kendall and Devin first sparked romance rumors in Apr. 2020. They were spotted on numerous outings together and even took a vacation with each other in Idaho in Sept. Although they’re reportedly taking their time with things, Kendall apparently really likes who Devin is as a person.

“He’s very easy to get along with and goes with the flow and isn’t into being famous and she likes that about him,” the previous source said. “She always keeps guys at an arm’s length and gets them into her. She knows how to get a guy to really fall for her and it’s not hard for them to do it.”