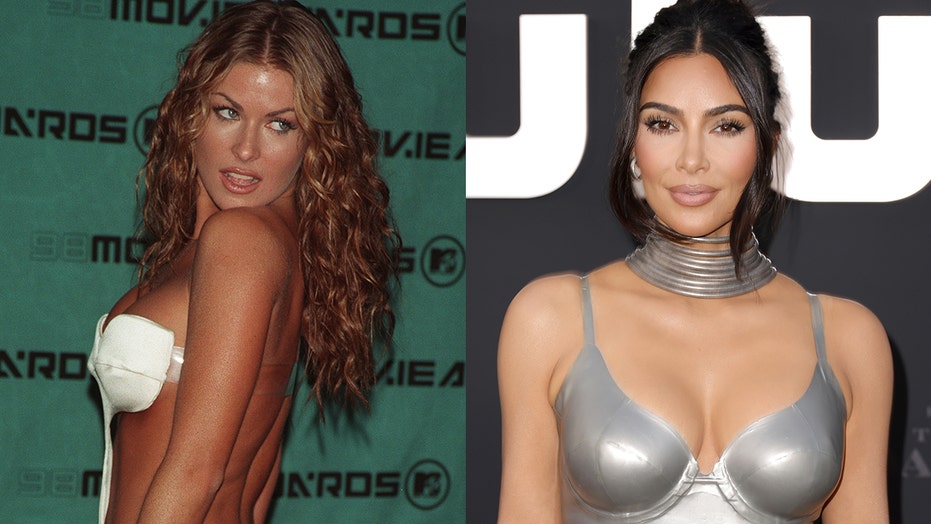 Kim Kardashian has gotten some inspiration from Carmen Electra.

The reality TV star took to Instagram Thursday and rocked a pearl-white T-shaped cutout dress that looked similar to a style the “Baywatch” icon unveiled decades ago.

Both looks are curve-hugging, backless and appear to defy gravity with the help of a thin, translucent band.

In a series of photos, the 41-year-old modeled the throwback ensemble while posing against a heavenly blue marbled wall. 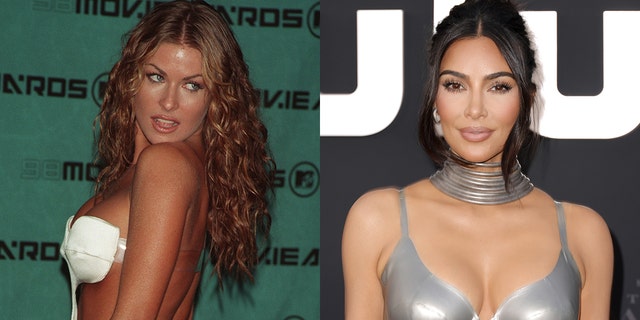 Kim Kardashian (right) wore a dress similar to the one Carmen Electra rocked back in the ‘90s before attending the premiere of "The Kardashians."
(Getty Images)

“Love me for me, ok?” the mother of four captioned the photos. Kardashian completed the look with long tousled tresses, shimmering highlighter to accentuate her features and a nude lip. Kardashian unveiled the sizzling shots on the same day her family’s new Hulu show, “The Kardashians,” premiered.

For the Los Angeles premiere, Kardashian opted for a skin-tight silver dress featuring a plunging neckline.

Electra praised Kardashian on her Instagram account, showing side-by-side photos of the two to compare their looks.

“I still have this dress I wore to the mtv movie awards in the 90’s,” the 49-year-old gushed. “@kimkardashian remade this designer dress and I think it’s flattering not a completion ! I think it’s cool shouting out love to the ladies always have !!!!!!!!”

“So thrilled to find out @kimkardashian made the same dress I wore to the mtv awards in the #90s,” the actress captioned another set of throwback pics. 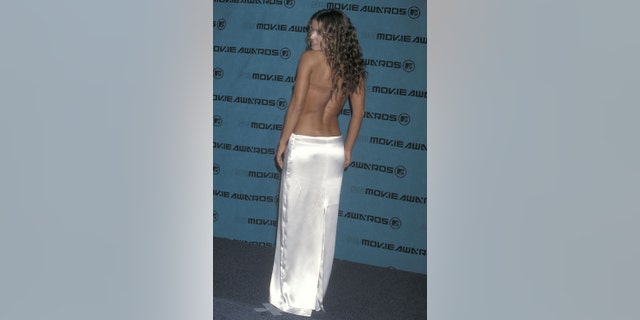 Kardashian’s custom-made piece is reminiscent of Stephen Sprouse’s design from his spring 1998 collection that was first worn by Kate Moss on the runway, Vogue reported. Electra later sported the dress that year for the MTV Awards.

“It had a clear strap holding [it] on. It was a mystery as to how this dress stayed on,” Electra told the outlet in 2017. “My boobs were kind of pouring out of the dress, and I literally was on every ‘Worst Dressed’ list in that dress. But I was looking at it [recently] and I was like, ‘It’s so covered today.’ In the ’90s, it was really hard [if] you wanted to wear sexy clothes.”

In November 2019, Electra spoke to Fox News Digital about how she posed for Playboy “maybe five times here in the United States and I want to say over 50 covers worldwide.

“I honestly was so shy the first time I posed,” Electra said at the time. “I don’t know how I got through it. But once I did, I realized that Playboy was very … They were very respectful. There weren’t people hanging around on set. The lighting was amazing. The photographers were very friendly and aware that you’re a woman and you’re posing nude, and so it did make it easier.” 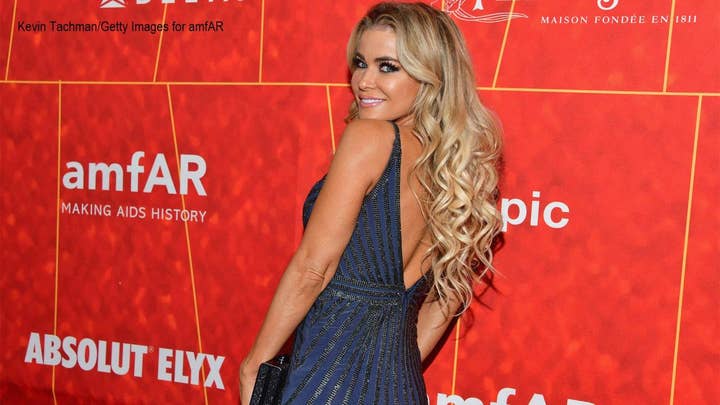 “Once I saw the photos I was … I had to pinch myself,” she added. “I couldn’t believe that I was actually in the magazine and going to be a part of such an iconic time, being a part of Playboy in general. Marilyn Monroe started off with Playboy, and those are the women that I admire and truly have been inspired by. So yeah, Playboy was a lot of fun… And I’m not shy at all anymore, by the way.”