Michael Douglas is taking his final bow as acting coach Sandy Kominsky in the Netflix hit series “The Kominsky Method.”

The 76-year-old actor, who won a Gloden Globe award in 2019 for the role, said that working with creator Chuck Lorre and the ensemble cast was “rewarding.”

He revealed what intrigued him about signing on a streaming show: how “good” the script was and that he would be “surrounded by talented actors.”

“Streaming has brought television and movies together again. So it’s been a great opportunity for talent from feature films to get into streaming and vice versa,” Douglas told Fox News while promoting the show’s third and final season.

Douglas said one of “The Kominsky Method” strongest aspects is how comedy show addresses serious or sad topics without preaching to its audience. 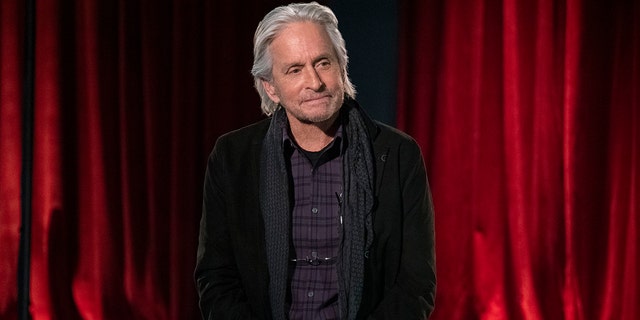 “It’s great if you can soften [topics] up and comedy and humor puts you in a relaxed mode and can [help you] deal with some of the absurdities of these seriously heavy subjects,” he reasoned. “So they’re easier to deal with rather than feeling like you’re getting a lecture.”

And even though Douglas is a bonafide pro, he admitted he still gets nervous tackling a new character on a new project.

“I get nervous. Inherently people think of actors as being hams — just comfortable in front of crowds. I’m not a very good public speaker. I’m always nervous,” he explained. “When I have to [do] public speaking or act, I take a deep breath and exhale to kind of jump off into the unknown.”

“Now, I’ve now gotten used to my nerves and how to deal with it. But it’s part of the excitement, really, of being an actor. That’s part of that danger aspect of flying without a net.”

“The Kominsky Method” is streaming on Netflix