Kris Jenner, 65, strolls the streets of Venice with longtime boyfriend Corey Gamble, 40… after partying with P Diddy at the Dolce & Gabbana event

Kris Jenner strolled through the streets of Venice, Italy with her longtime boyfriend, Corey Gamble on Monday.

The reality star, 65, wore a patchwork dress consisting of multiple designs and colors. She also had on white shoes, and wore black sunglasses.

The two looked happy to be taking in the city after the massive Dolce & Gabbana event where they mingled with her daughter Kourtney Kardashian and partner Travis Barker as well as rapper P Diddy. 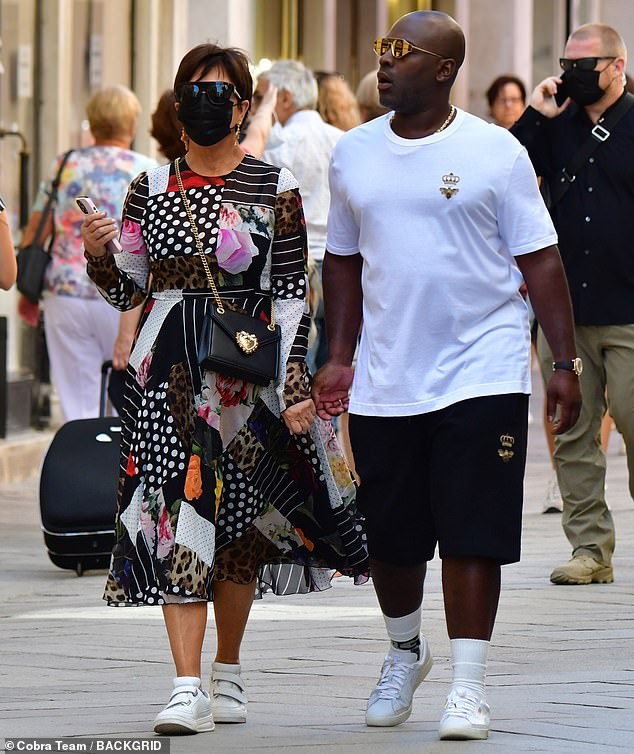 A romantic walk: Kris Jenner strolled through the streets of Venice with her longtime boyfriend, Corey Gamble 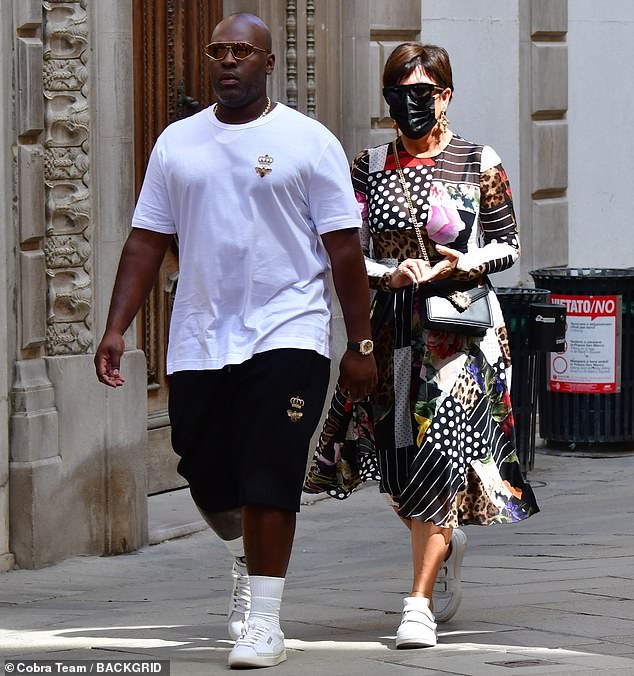 The day after: The two looked happy to be taking in the city as after the massive Dolce & Gabbana event

Her beau, 40, kept it far more casual in a simple white t-shirt and black shorts.

The pair held walked in step as they made their way through the crowded streets. 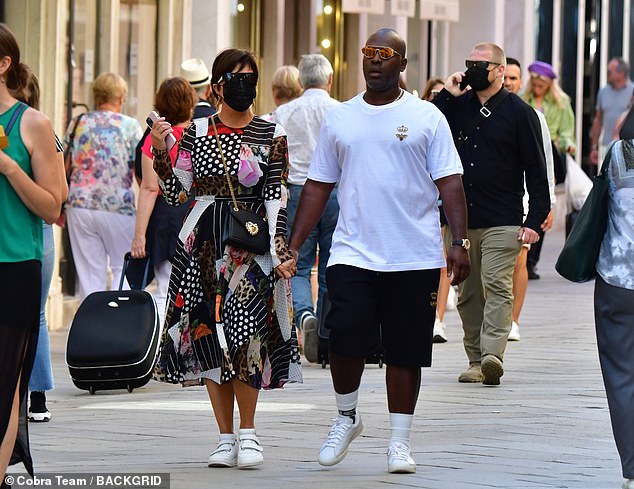 Who’s who of who’s famous: Jenner was in Venice to attend Dolce & Gabbana’s Alta Moda fashion show, an Italian version of Haute Couture 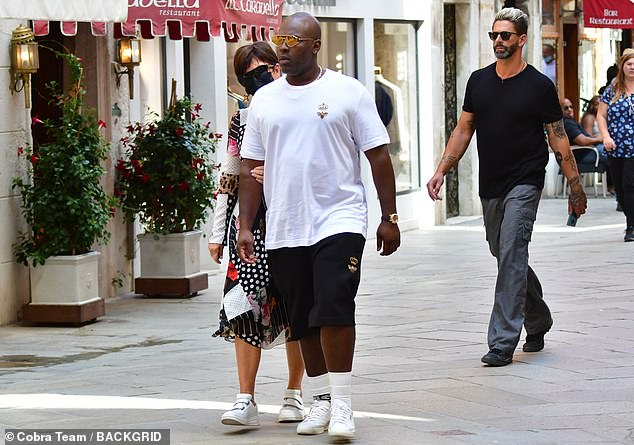 Vacation time is almost over: Jenner won’t have time to vacation soon because her famous family signed a multiyear contract to create content for Hulu

The event brought celebrities from all over the world to Venice including Jennifer Lopez, Helen Mirren and Jennifer Hudson, among many others.

The mother of six wasn’t the only member of her famous family who took in the sights of Venice.

The lovers locked lips all over the city’s canals as they took a gondola ride through the ancient Italian town. 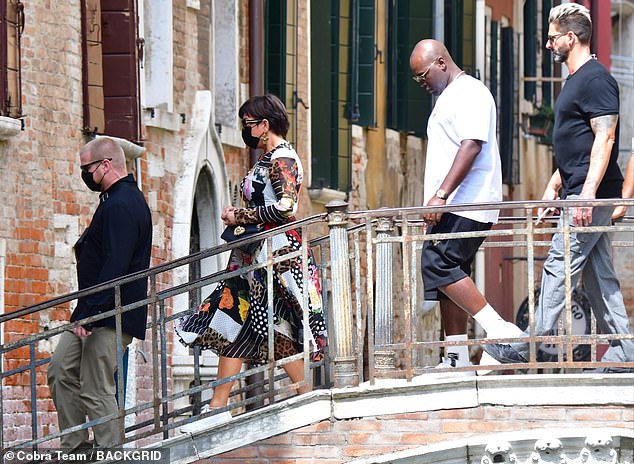 The next decade: Even though they haven’t decided on a concept for their Hulu show yet, Jenner said she sees the family doing a show for the next decade at least 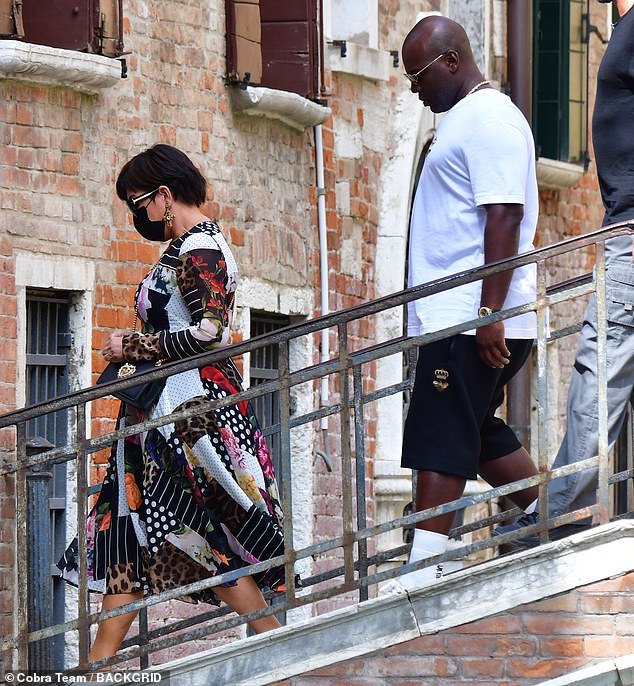 Opposite ends of the fashion spectrum: Jenner wore a chic multi-patterned dress while her man opted for a more casual ensemble 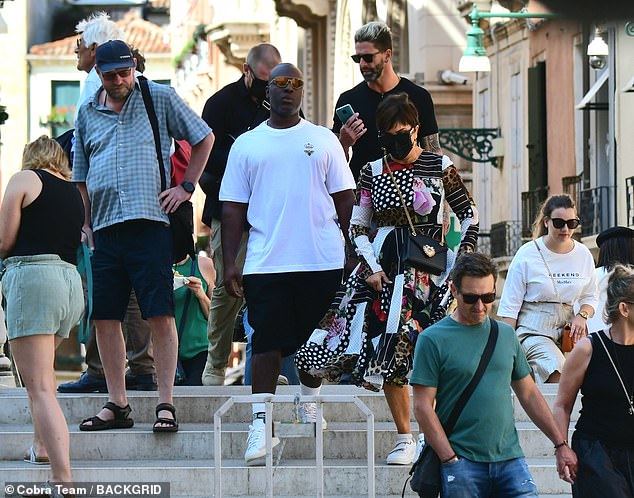 Just a regular couple in the crowd: There were tourists all around the lovebirds as they walked down steps

Despite Keeping Up With the Kardashians coming to an end in recent months, Jenner and her daughter won’t have time to vacation in Italy much longer.

The Kardashian clan signed a multiyear deal with Hulu to create new content for the streaming giant.

While they haven’t released many details about what the new project might look like, Jenner told WSJ. Magazine back in April that the family has been working on a concept. 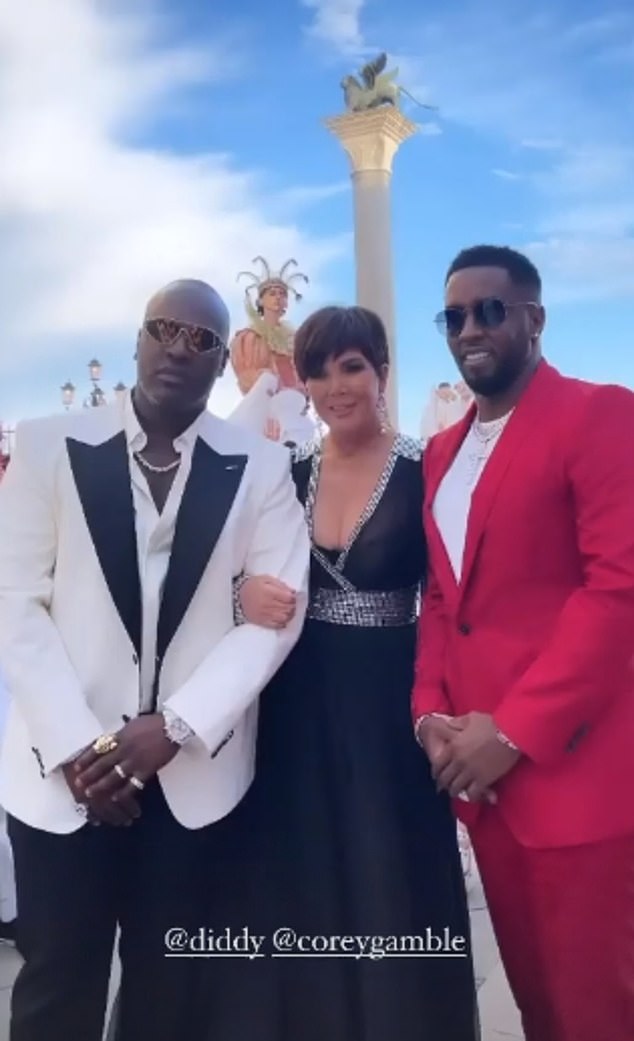 All dressed up: Kris and Corey with P Diddy at the splashy Dolce & Gabbana event

‘We haven’t really nailed down the exact format yet, but we’re working on it,’ the star said.

Even though she doesn’t have a concept in mind, Jenner was unequivocal when asked what she’d the family would doing in 10 years.

She said, ‘We’ll be on Hulu and hopefully thriving, doing what we love to do and being exactly where we’re supposed to be.’ 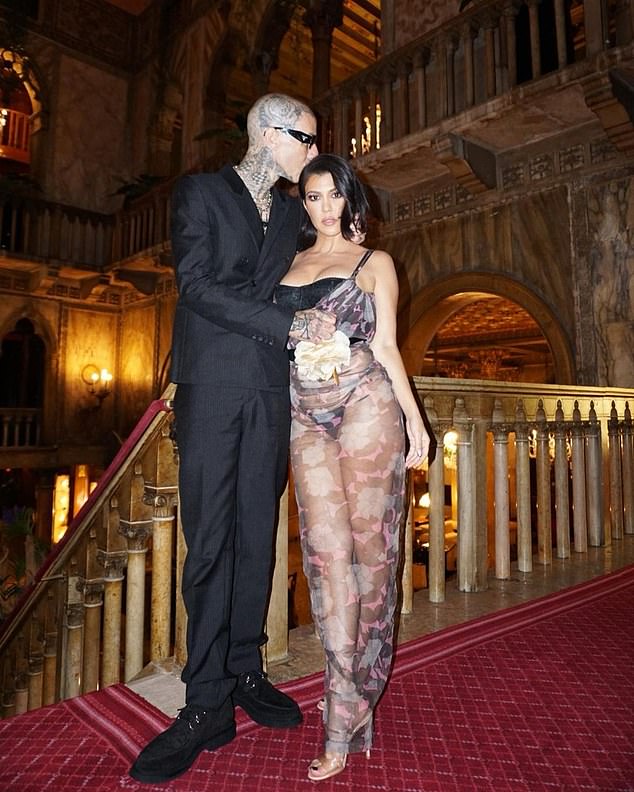 They were there too: Kris’ eldest daughter, Kourtney Kardashian, also spent some time in the city with her beau, drummer Travis Parker 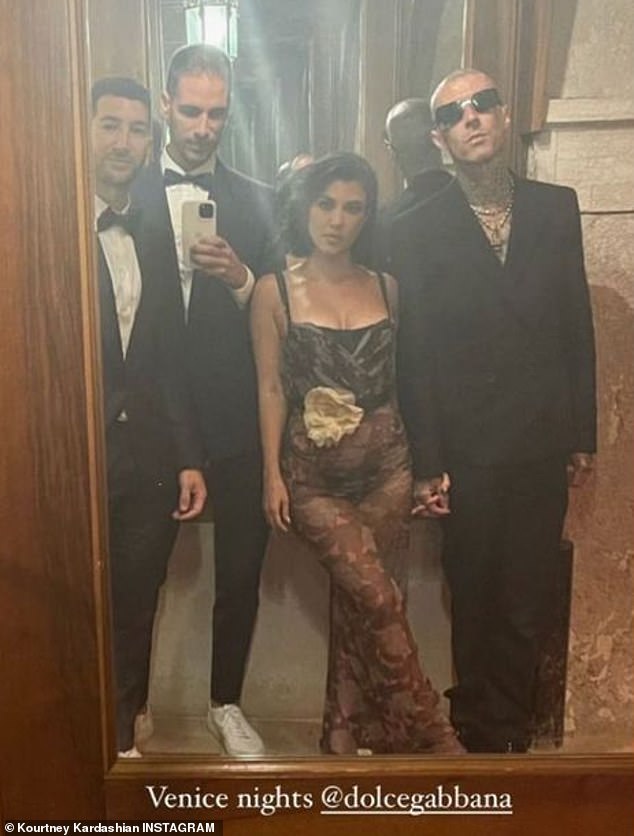 Too cute: Here the power couple were seen with Simon Huck (the one holding the cell phone) and a pal