Lizzie Cundy put on a very sexy display on Friday morning as she arrived at the  Silverstone racetrack.

The TV personality, 54, dressed looked busty in a plunging tight black catsuit as she took to the track.

Lizzie styled out her look with blacked out sunglasses and matching high heel shoes as she carried a colour coordinated crash helmet by her side. 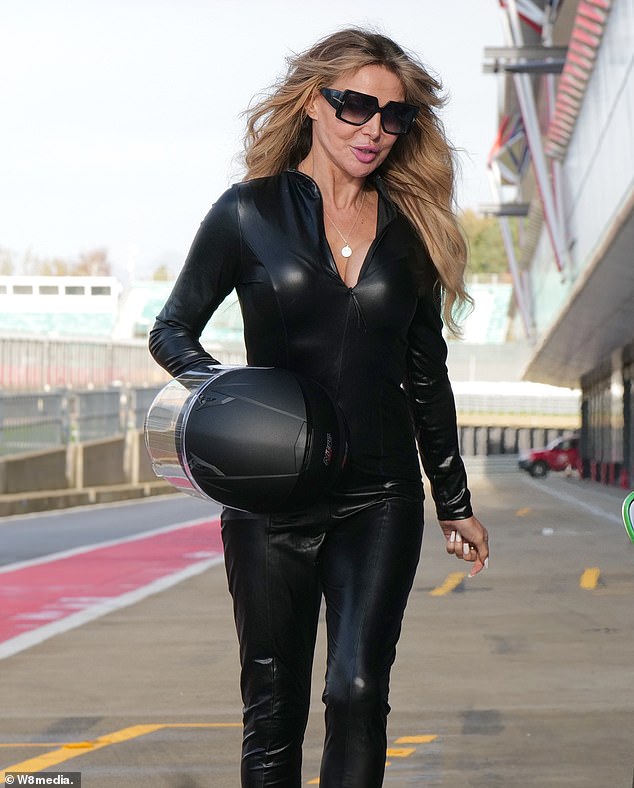 Turning it up a gear! Lizzie Cundy looked effortlessly chic in plunging pleather tight catsuit as she attended a Silverstone race day in Northamptonshire on Friday

The television presenter took to the famous race circuit as part of the Porsche GT-3 cup hot laps race day.

Lizzie, known for her racy social media posts, required a quick costume change as she swapped her black leather ensemble for a white racing overall.

The mother-of-two partnered racer Nathan Harrison as he spun Lizzie round the track at speeds up to 260khm down the spine-tingling straights.

Costume change: Lizzie swapped her black leather ensemble for a white racing overall as racer Nathan Harris spun her round the track at speeds up to 260khm

In 2015, at the age of 16 Nathan was involved in a serious racing accident at his local circuit.

Nathan sustained multiple serious injuries which took 40 hours of operations to correct and more than two years of rehab.

Since then, Nathan is one of the Isle of Man’s leading motorcycle road racers. Two years into the Porsche Gt-3 cup challenge held at Silverstone Nathan aims to give others an experience of a lifetime. 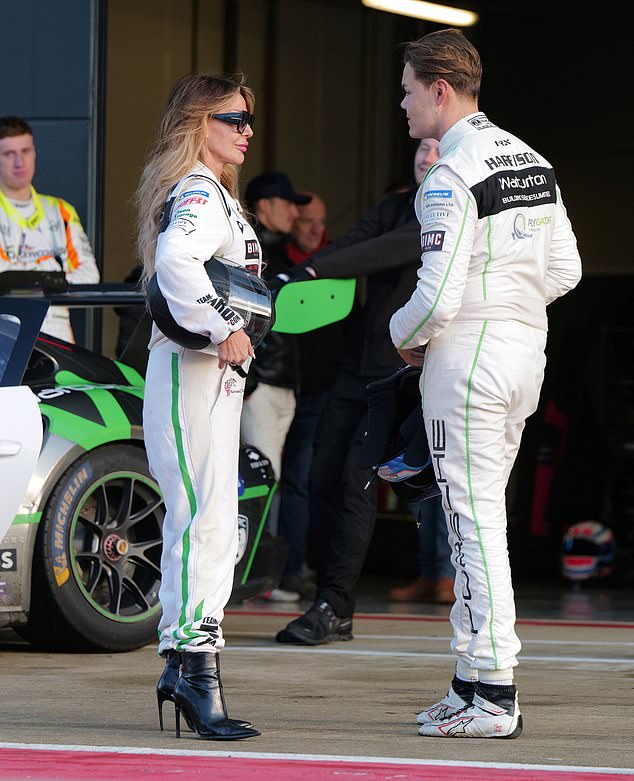 Off to the races: Lizzie and Nathan in deep conversation on Friday morning at Silverstone

Progress: Seven years after injury Nathan aims to give others an experience of a lifetime at the Silverstone races

In 2019, Nathan became the youngest person to win the Junior Manx Grand Prix on the Isle of Man TT course.

That same year Nathan would defy belief a second time as he would win the Senior Manx Grand Prix title.

Lizzie’s Silverstone appearance comes two days after she attended the UK premiere of The Last Heist in lavish Leicester Square.

Wild: Lizzie emerges from the car with a smile on her face and windswept hair as she got into the spirit of the day 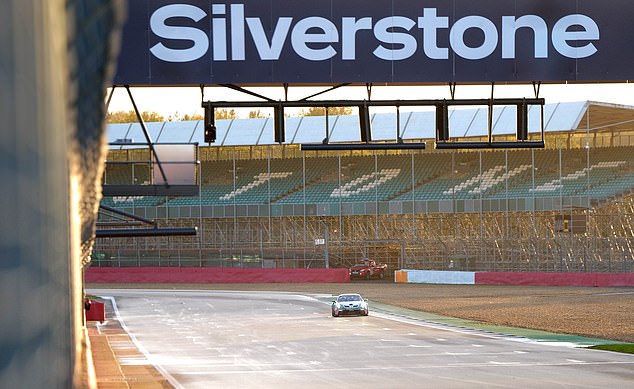 Full speed ahead! Nathan drives Lizzie around Silverstone racetrack for a fun filled day as they achieve speeds in excess of 200kmh