‘Food for me is life!’ Michelle Keegan claims she spends the day feasting on custard creams, salty crisps and chip sandwiches with curry sauce, gravy, mayo AND butter

Michelle Keegan has detailed what she enjoys eating in a typical day.

And while other stars such as Victoria Beckham are famed for claiming they avoid anything fatty or carb-heavy to maintain a svelte physique, actress Michelle won’t hear any of it.

Speaking on podcast Off Menu, the Brassic star, 34, has described a daily menu of biscuits, cups of tea, bread, chips and condiments aplenty. 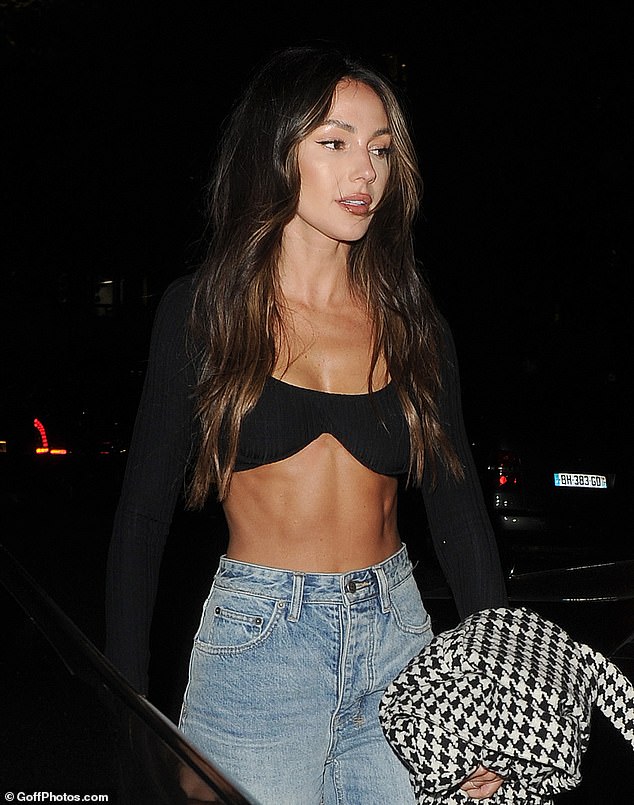 Foodie: Michelle Keegan has detailed what she enjoys eating in a typical day – biscuits, cups of tea, bread, chips and condiments aplenty

‘I am a massive, massive foodie. Food for me is life. From the moment I wake up to the time I go to bed, I’m thinking about my food. The first thought for me when I wake up? Cup of tea. Biscuits!’ she said.

Michelle, who hails from Stockport, went on: ‘For us northerners, it’s tea and biscuits in the morning – you have like a rich tea or a custard cream.

‘It’s fantastic. It wakes my tastebuds up. Then I go for the savoury option. Always start with the sweet, then we go to the savoury.

‘I’m quite bad at snacking quite late at night, so I am actually quite full from the night before, if I’m being honest. A lot of the time that’s something quite salty like crisps or a piece of ham with toast on top. 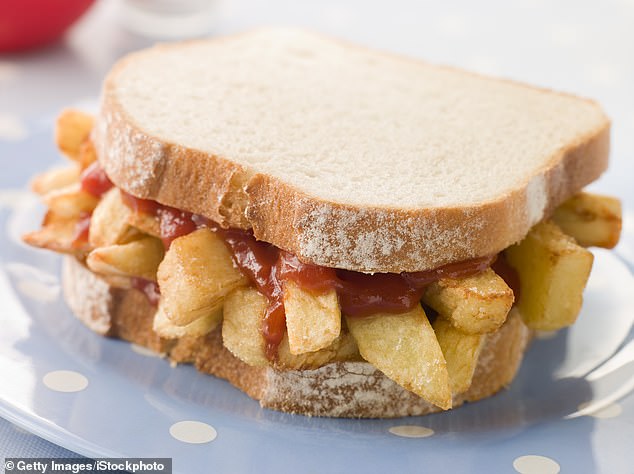 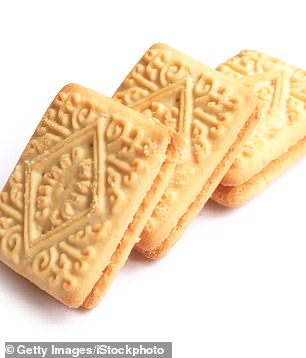 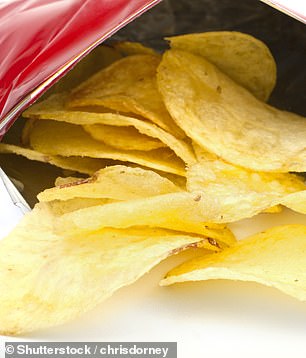 ‘I would like really good chippy chips, obviously — with lots and lots of salt and vinegar.

‘And then I want a portion of curry sauce, portion of gravy, and some mayonnaise. I want Warburtons thick slice bread, thick with Lurpak.’

Fans of Michelle will no doubt be envious of her penchant for heavy foods, all the while maintaining her lithe, athletic physique.

She took to Instagram last week to show off her bronzed glow as she shared two new radiant selfies to her Instagram page, flaunting her perfect makeup look for the snaps as she slipped into a stylish zebra-print top. 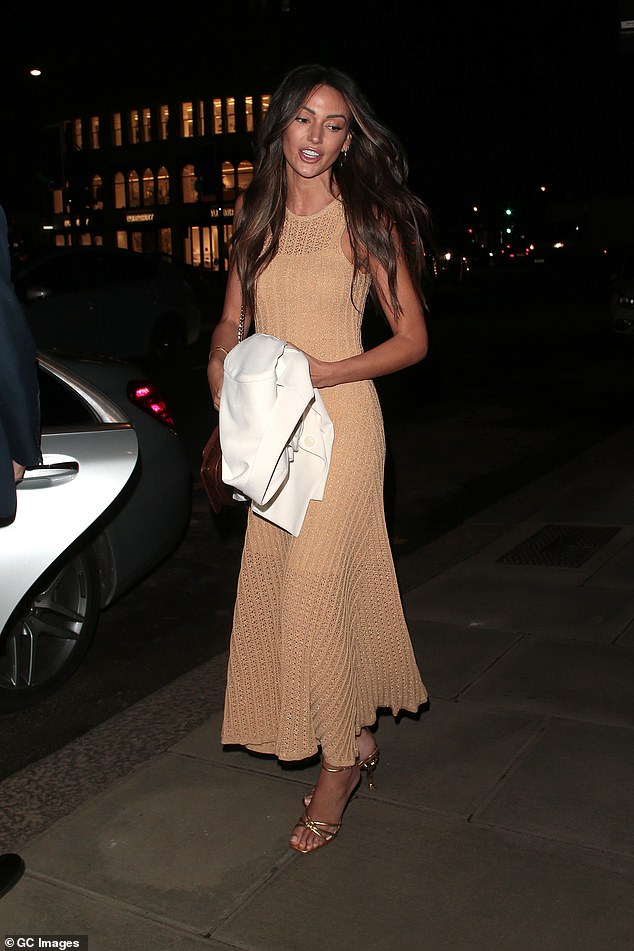 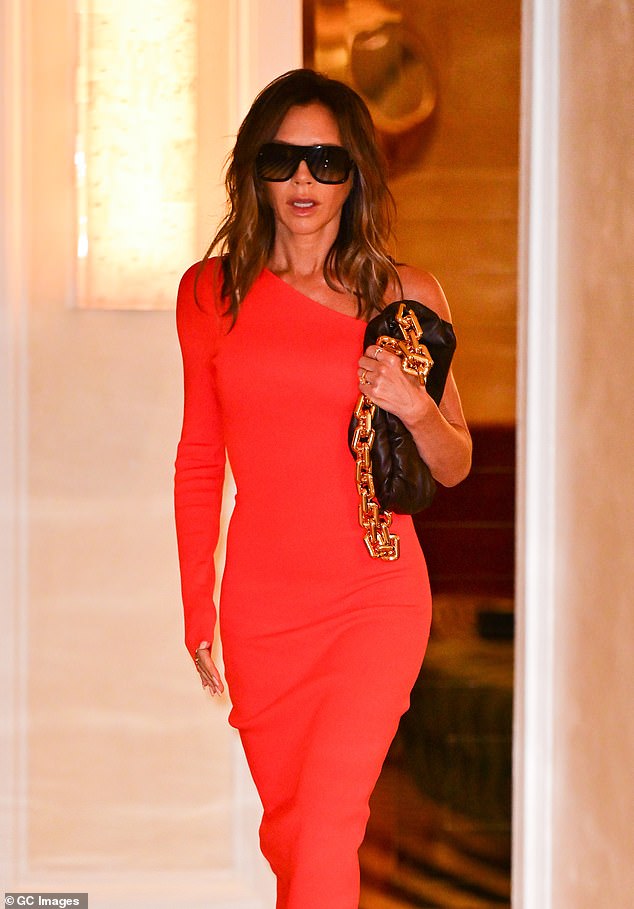 In stark contrast: Victoria Beckham is famed for claiming she avoids anything fatty or carb-heavy to maintain her svelte physique – while actress Michelle won’t hear any of that

Making light of the city’s rainy reputation, she captioned her new post: ‘When that rare golden light finally comes out in Manchester…you’ve just got to!’

On the work agenda, Michelle has been busy promoting the new series of Brassic in which she stars.

She appeared on The One Show on Tuesday to chat with hosts about the series.

She revealed to Samantha Quek and Jermaine Jenas that production is already halfway through on the fourth season of the dramedy.

The actress plays single mum Erin on the show and has been spotted on set in recent weeks with co-star Joe Gilgun. 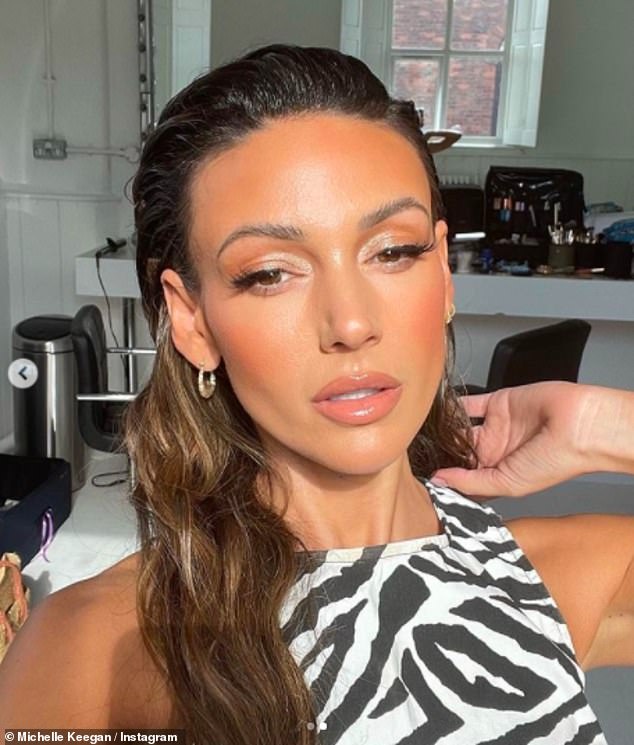 Not fair: Fans of Michelle will no doubt be envious of her penchant for heavy foods, all the while maintaining her lithe, athletic physique

The upcoming season will explore the relationship between Erin and Vinnie, with fans dying to know if the pair will make a go of their romance, after Vinnie was seen declaring his love for Erin.

Brassic is a Sky original comedy series and follows Vinnie and his friends causing havoc in the town of Hawley as they commit petty crimes.

The series also stars Damien Molony and Ryan Sampson and features a predominantly male cast – something Michelle has previously said she has ‘no issues’ with as she is the ‘blokiest one’ on set.

‘The lads invited me in, I never felt like an outsider. I’ve always got on with everyone,’ Michelle revealed.

‘It never felt different for me – I literally am the blokiest one. I never felt like I was the only girl. We gelled straight away.’