Jermaine Jenas has welcomed his fourth child with wife Ellie.

Ellie took to Instagram on Wednesday to share the first picture of their baby boy, which she captioned: ‘Our beautiful son Jacob Anthony Jenas – we love you so much.’ 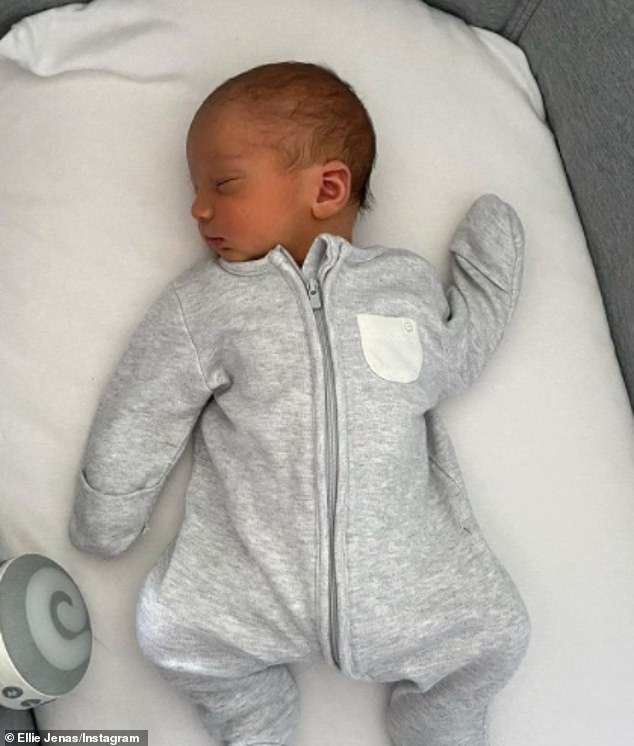 Adorable: Jermaine Jenas and wife Ellie welcomed their fourth child over the weekend, with Ellie sharing the first picture and revealing their baby boy is named Jacob on Wednesday

The former footballer also has daughters Geneva, eight, and Olivia, four, with Ellie, as well as daughter Sancha, 14, from a previous relationship.

News of the couple’s announcement was first revealed during Monday’s episode of The One Show as Jermaine’s co-host Ronan Keating announced: ‘First off congratulations to our very own Jermaine and his wife Ellie, who had a baby boy called Jacob at the weekend!

‘Enjoy some time off, no sleep for you Jermaine!’

Jermaine, who also fronts programmes on BT Sport, announced he was set to become a dad again during his debut appearance as host of The One Show in May.

After being prompted by co-host Alex Jones, Jermaine said: ‘I have a baby on the way. It’s a boy. Very excited in our house.’ 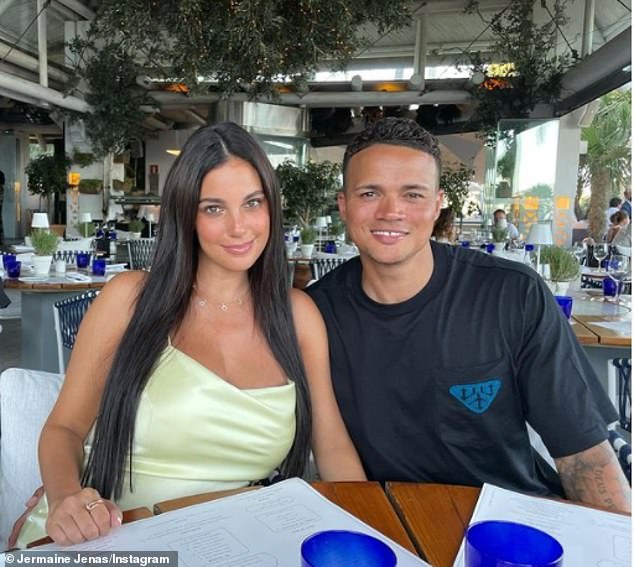 Proud parents: The couple – who were already parents to three girls – welcomed their first son over the weekend

In Channel 4’s Hunting The Football Trolls, Jermaine warned: ‘We’re going back to the dark ages of racism.’

‘Bananas that were thrown to pitch have turned into monkey emojis sent to people on social media. And the use of the N-word seems to be normalised again. Offenders need to be held to account.’ 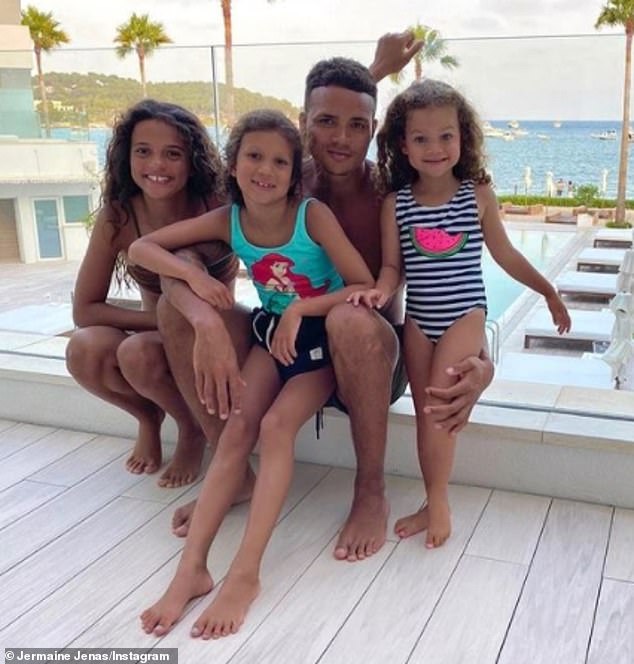 Doting daddy: The former footballer has daughters Geneva, eight, and Olivia, four, with wife Ellie as well as having daughter Sancha, 14, from a previous relationship

Jermaine won 21 caps for his country and was included in Sven-Goran Eriksson’s 2006 World Cup squad but was never a regular starter.

Imposter syndrome can be defined as a collection of feelings of inadequacy which persist despite evident success.

Jermaine described the international set-up under Sven-Goran as an exclusive ‘boys’ club’ and felt it had a detrimental effect on peripheral members of the squad.

‘I had a couple of moments struggling with imposter syndrome throughout my career as a player,’ said Jeans, speaking on episode two of the British Army podcast ‘The Locker’ which will be released on Monday, August 17.

‘It was playing for England and it was nothing to do with my ability or my deserving of the position I was in.’ 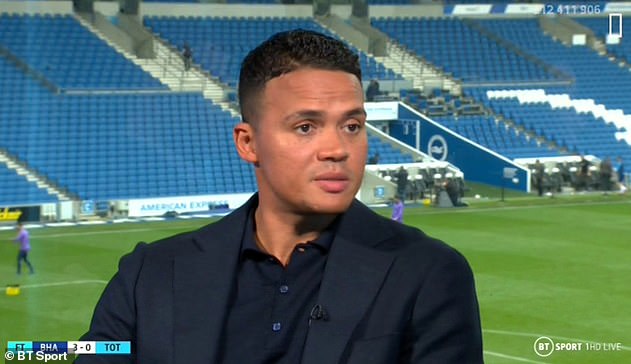 Speaking out: The news comes after Jermaine won acclaim for a hard-hitting documentary that laid bare social media’s inadequate response to racist abuse of England stars