She jetted to Barbados with family on a sun-soaked holiday last month.

And Montana Brown enjoyed another day in paradise as she flaunted her washboard abs in a white bikini in Bridgetown on Saturday.

The Love Island star, 25, looked stunning as she frolicked in the sea in the plunging top with a buckle detail. 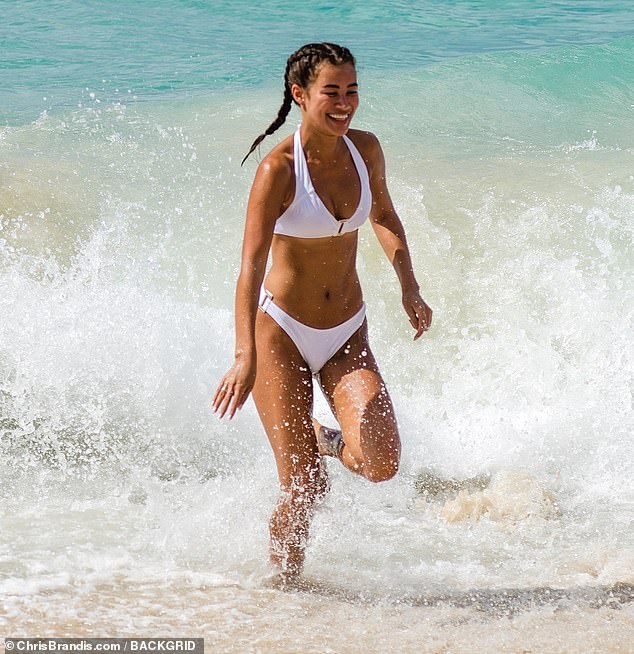 Idyllic: Montana Brown enjoyed another day in paradise as she flaunted her washboard abs as she stunned in a white bikini in Bridgetown on Saturday

The TV personality opted for no make-up as she wore her brunette locks in French plaits.

Montana cooled off in the sea, shading her eyes from the sun, as she showed her peachy posterior in the matching white bottoms.

She looked like she was having a great time as she along the shoreline with a pal. 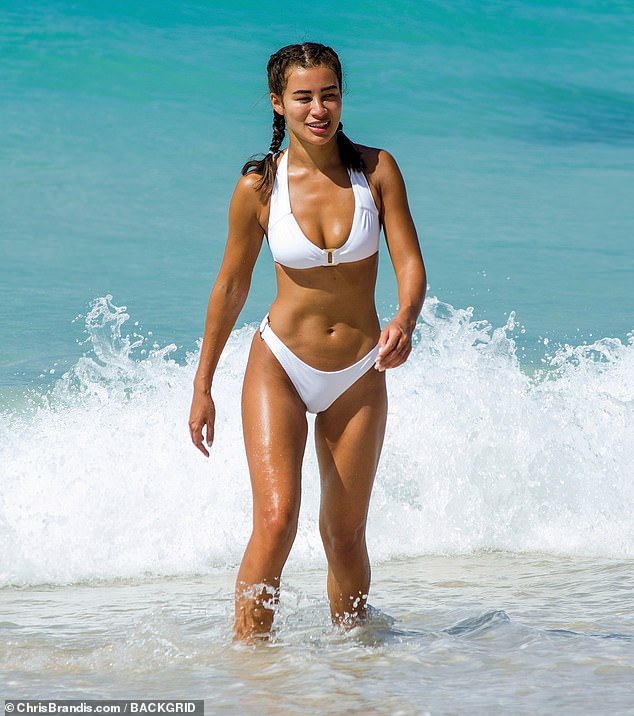 Beautiful: The Love Island star, 25, looked stunning as she frolicked in the sea in the plunging top with a buckle detail in the middle

The majority voted yes, so Montana has been sharing an insight into her holiday.

Prior to her jaunt in Barbados, the reality star spent time in the Maldives on a work trip.

Last month, the Economics graduate hit back at critics who slammed her business trip to the Maldives in the midst of the ongoing pandemic and during lockdown.

Stressing she had carefully planned her trip to abide by guidelines, a spokesperson said: ‘Montana is in the Maldives for work purposes shooting her campaign for her company Swim Society. This is allowed under government guidelines.’

In a YouTube video shared by Montana ahead of the trip, the TV star joined her business partner in explaining: ‘Everybody has been isolating, I’m not going out. The quarantine coming back from the Maldives has been lifted.’ 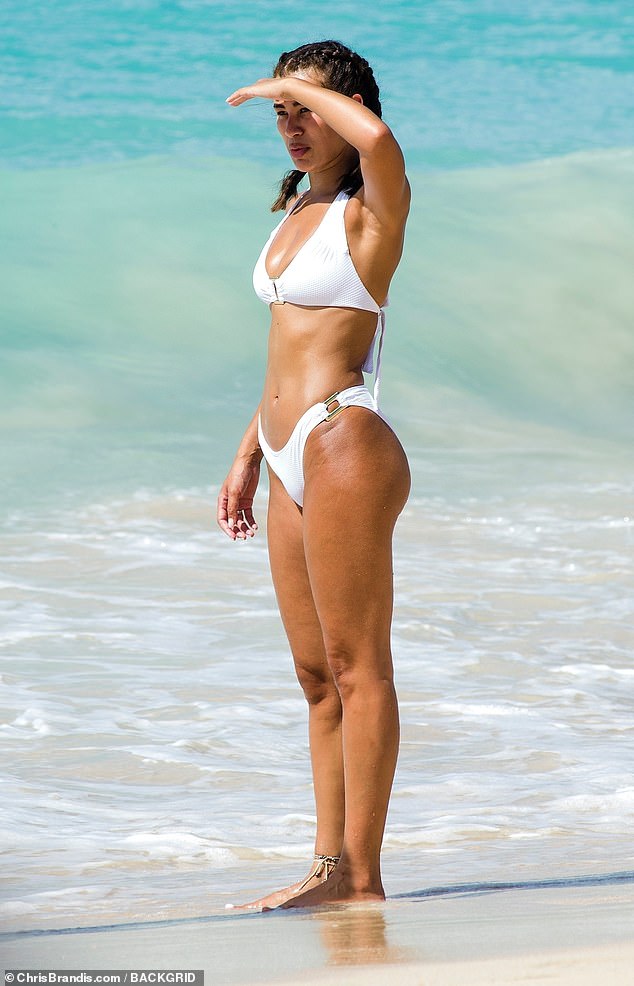 Bright: The TV personality opted for no make-up as she wore her brunette locks in two French plaits. She used her hand to shade her eyes from the sun as she flashed her peachy posterior

She continued: ‘We’re being very careful. We don’t want people to think we’re being sneaky. It is an influencer trip but we’re not being sneaky. I can’t take a picture out in the garden with the leaves, I can’t put my wellies on.’

Montana then told fans they were using a company called MoreTrees.eco to offset their carbon footprint.

She went on: ‘We’re trying to be sustainable and be accessible. Something else we’re doing which is amazing. We’re going to the Maldives and we are going by plane – we’re not swimming there…

‘We’re using a company that offsets your carbon footprint. He calculates how much we’ll be omitting and gifts us the trees.’ 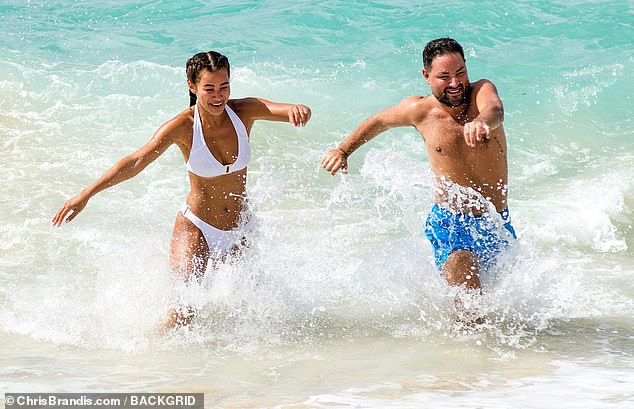 A great time: She looked like she was having a great time as she ran towards the beach, battling the waves, with a pal