The death of Natalie Wood is one of the great unresolved mysteries of Hollywood. To this day, many still suspect her husband Robert Wagner‘s involvement. We may never know for certain.

But it turns out there may have been another horrible crime committed against her by another actor 25 years earlier.

Back in the summer of 1955, the Rebel Without A Cause star was just 17 years old. But that didn’t stop one of the biggest movie stars of all time from taking advantage of her, according to Lana Wood.

The Bond girl is opening up about her big sister’s passing in a new book called Little Sister: My Investigation Into The Mysterious Death Of Natalie Wood, out next week. But before she even gets to Christopher Walken and murder conspiracy theories she tells a shocking story that corroborates a horrible rumor which has been whispered in Tinseltown for decades. 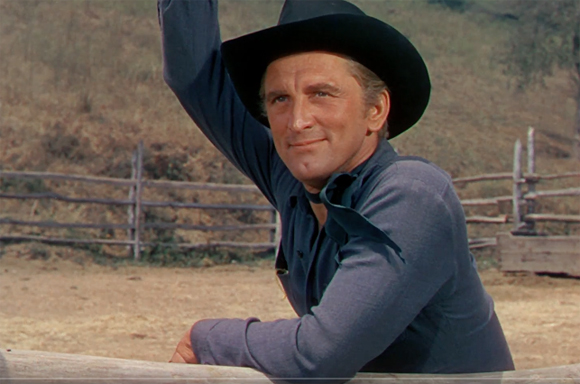 Lana, who was just 8 years old at the time, recalls that their mother, Maria Zakharenko, set up a meeting with the Spartacus star because “many doors might be thrown open for her, with just a nod of his famous, handsome head on her behalf.” She writes:

“I remember that Natalie looked especially beautiful when Mom and I dropped her off that night at the Chateau Marmont entrance… It seemed like a long time passed before Natalie got back into the car and woke me up when she slammed the door shut. She looked awful. She was very disheveled and very upset, and she and Mom started urgently whispering to each other. I couldn’t really hear them or make out what they were saying. Something bad had apparently happened to my sister, but whatever it was, I was apparently too young to be told about it.”

Lana says she did not learn until she was an adult what happened, when Natalie told her she had been brought to Douglas, who was in his late 30s at the time, in his hotel suite:

According to the Diamonds Are Forever actress, her big sis confided in her:

“It was like an out-of-body experience. I was terrified, I was confused.”

Natalie and her mother had decided to keep the alleged transgression a secret because it would ruin her career to go public. Their mother Maria’s advice?

Oof. To think it would take another 60+ years before a reckoning hit Hollywood over all of the hotel meetings with unsuspecting actresses. And that kind of attitude is why.

Kirk Douglas passed away in February 2020 at the age of 103, so he can no longer answer for any alleged crimes. He did admit in his later years to being a womanizer; actress Neile Adams told the AP of her friend in 2016:

“You could not sit beside him without his hand crawling up your leg.”

What he’s being accused of here is obviously far worse than that. And far, far worse than his reputation in other areas. As an activist and philanthropist, Kirk Douglas has been remembered for decades as a positive force in Hollywood and beyond. He was a recipient of both the Presidential Medal of Freedom and France’s Legion of Honor.

Innerestingly, the Vikings star did share his recollection of his relationship with Natalie — and even meeting her for the first time. He wrote in his 1988 memoir The Ragman’s Son that his car was stopped at a light one night when the car in front of him opened up and “a pretty little girl wearing a suede jacket hopped out” and asked for his autograph:

“As I obliged, the woman who was driving got out and introduced her. ‘This is my daughter. She’s in movies, too. Her name is Natalie Wood.’ That was the first time I met Natalie. I saw her many times afterward, before she died in that cruel accident.”

He did not go into any more detail.

What do YOU think of these accusations being spoken aloud for the first time??