A Stormzy fan who wanted to show her dedication to the singer has revealed her regret, after a temporary henna tattoo inked on her chest during the summer has refused to budge.

Posting on TikTok, Emily Cook, 19, explained that she paid £10 for the ‘I love Stormzy’ henna tattoo ahead of watching the rapper perform at Leeds Festival in August.

But the teenager revealed that the tattoo has not faded since, and she’s been left with the slogan emblazoned on her chest.

Henna tattoos usually last just two weeks, a flood of responses to the clip offered Emily advice on how to get rid of it. 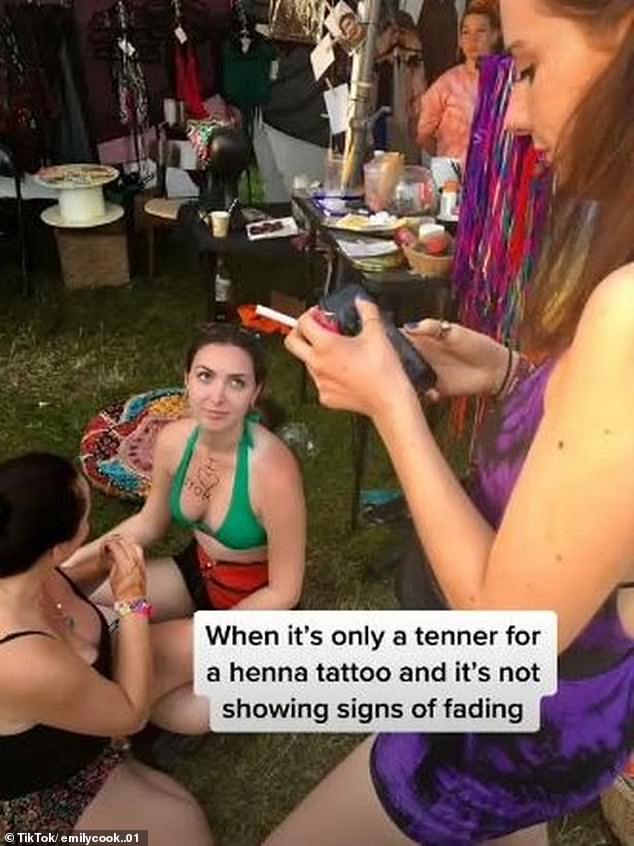 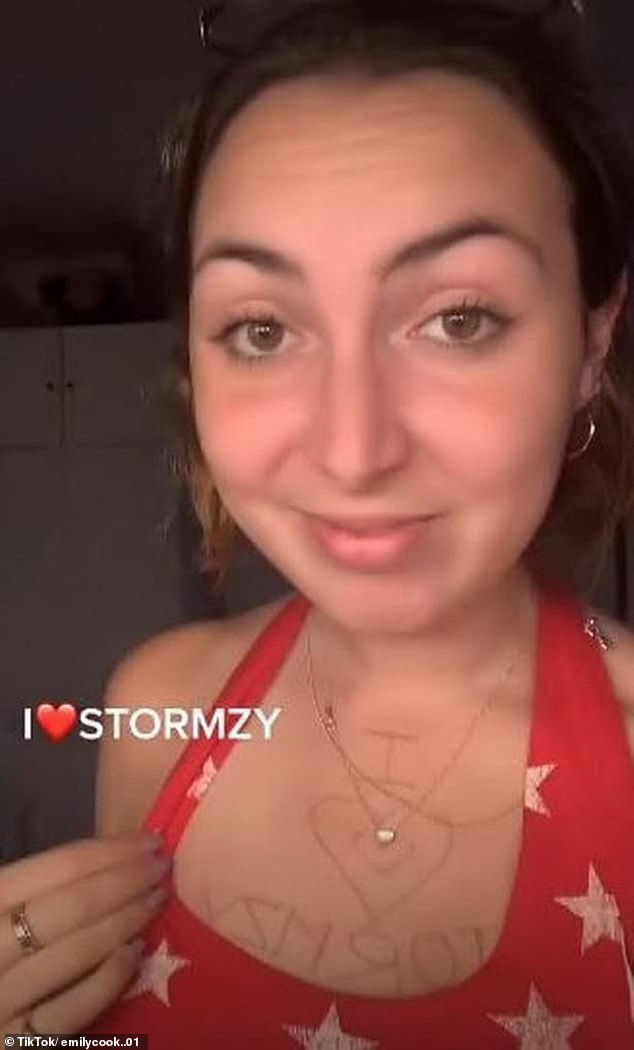 Emily took to TikTok to share the ‘I love Stormzy’ marking on her chest months after the festival, despite henna usually fading after two weeks

Emily shared a clip that showed her sitting on the grass at Leeds Festival, wearing a green bikini top and shorts, while a woman did the £10 inking.

However, a follow-up clip captured her shock that the ‘I love Stormzy’ phrase is still visible months later.

A voice over said ‘I don’t want to live with regret’ as Emily exposed the henna tattoo lip-syncing ‘that was regret’.

The henna tattoo blunder has racked up over 292,000 views with many people warning that the ink could leave a permanent mark. 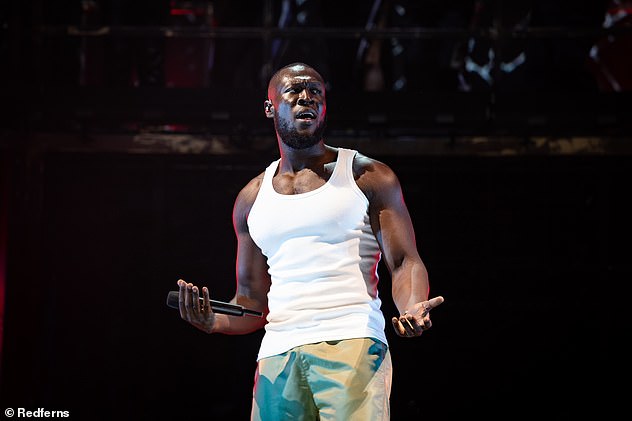 Other responses to the video captioned ‘it’s a funny story to explain’, came from people offering their advice for removing henna tattoos.

One person wrote: ‘Try lemon juice or toothpaste. Toothpaste kinda burns but it faded mine’

A third added: ‘Soak in a hot bath sit in it for ages. Got mine off from Boardmasters’

Another joked: ‘Why have you been wearing turtleneck jumpers for the last three months?’