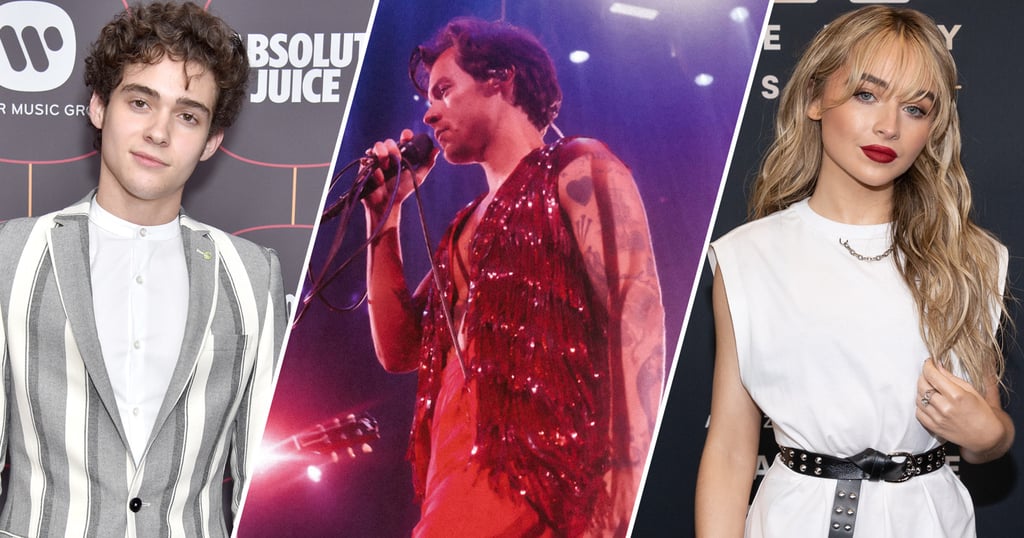 Imagine this: you’re attending Harry Styles’s Love on Tour concert, and you happen to run into Joshua Bassett and Sabrina Carpenter. Well, that was the reality of a few lucky concert-goers who attended the “Watermelon Sugar” singer’s show at Madison Square Garden in NYC on Sunday night. During the concert, a handful of fans shared photos of them mingling with Joshua and Sabrina. Though the two didn’t seem to sit together, they were spotted chatting inside the venue. Joshua also shared a number of videos of him having the time of his life at the concert. “It was the dream,” he said in a TikTok after the show.

Joshua and Sabrina first sparked dating rumors last year following the release of Olivia Rodrigo’s “Drivers License,” but have kept relatively mum about the state of their relationship, save for a few songs that hint at their romance. They were originally supposed to release a duet titled “We Both Know” for Joshua’s EP in March, but ended up scraping it because of the love triangle drama. “She’s so dope, but she’s also the sweetest person ever,” Joshua previously told POPSUGAR about working with Sabrina. “It’s like she has that ‘Sabrina Carpenter persona,’ but the Sabrina I know is like a marshmallow.”

In May, Joshua come out as part of the LGBTQ+ community after calling Harry Styles “charming” and “hot” in an interview with Clevver News. “My entire life people have told me my sexuality,” Joshua wrote at the time. “People have shamed me for things they know nothing about. I want to say thank you to those of you who stand for love and acceptance. it’s 2021. we are the generation of love & growth. it’s time we start acting like it. whether you love me, hate me, or damn me to hell, i love you all the same.” See more snaps and videos of Joshua at the Harry concert ahead.