National Television Awards 2022: Alison Hammond dazzles in plunging black gown as she poses with Dermot O’Leary on the red carpet – after being tipped to beat Ant and Dec

Alison Hammond cut a glamorous figure as she walked the star-studded red carpet at the National Television Awards at Wembley’s OVO Arena in London on Thursday.

The This Morning presenter, 47, looked sensational in a black gown with a plunging neckline as she posed alongside her co-host Dermot O’Leary. 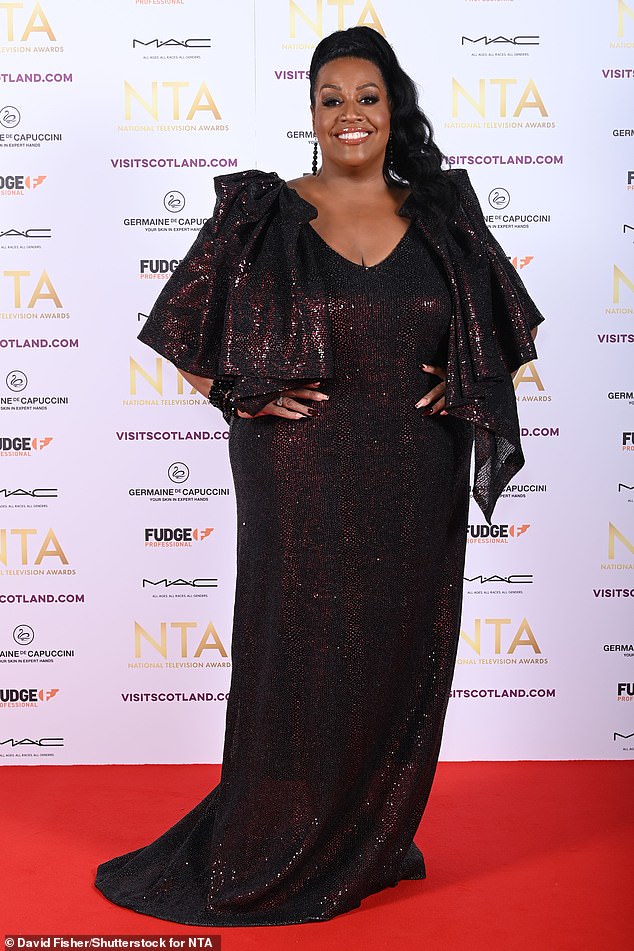 Stunning: Alison Hammond cut a glamorous figure as she walked the star-studded red carpet at the National Television Awards at Wembley’s OVO Arena in London on Thursday

Styling her locks into a high ponytail, Alison also sported a pair of eye-catching black earrings.

The comedian, 37, describes the This Morning host as a ‘force of nature’ and says if anyone can beat the Geordies, it’s her.

But Joel was keen to stress that Ant and Dec, who have bowed out of the ceremony after testing positive for Covid, are still very much at the peak of their powers and another victory would be deserved. 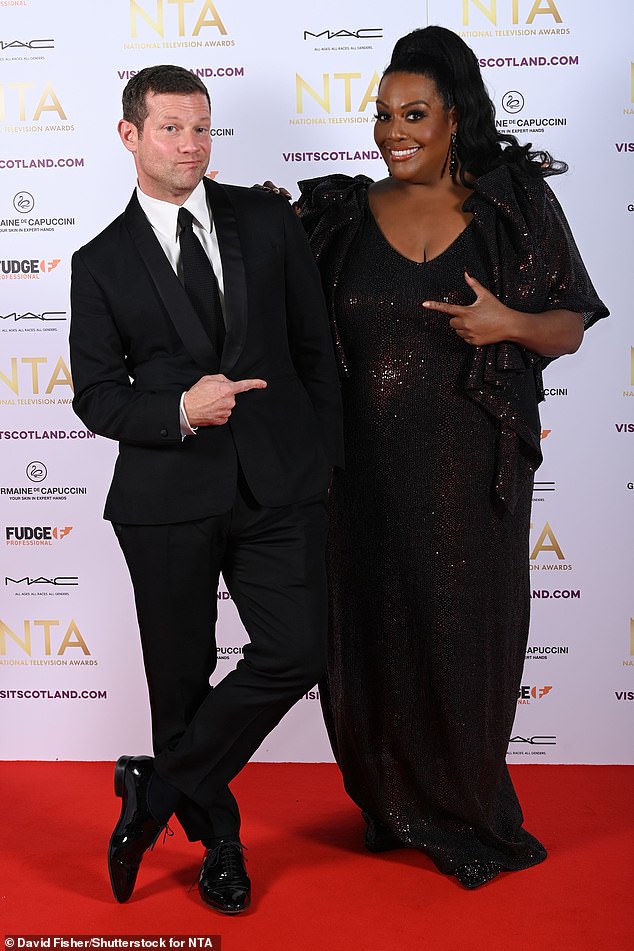 Pals: The This Morning presenter, 47, looked sensational in a black gown with a plunging neckline as she posed alongside her co-host Dermot O’Leary

Speaking exclusively to MailOnline ahead of Thursday’s ceremony, Joel said: ‘Alison is very popular… it could be the year for Alison to break Ant and Dec’s streak.

‘For me it’s a win, win situation and I’m sure it is for them as well.

Ant and Dec, both 46, have been shortlisted for the award for the 21st year consecutively.

Alison recently admitted she would love for this to be her year, telling The Mirror: ‘I love the NTAs because it’s the viewers who have voted for you. It does mean a lot. I’m not gonna lie. I’d like to win.’ 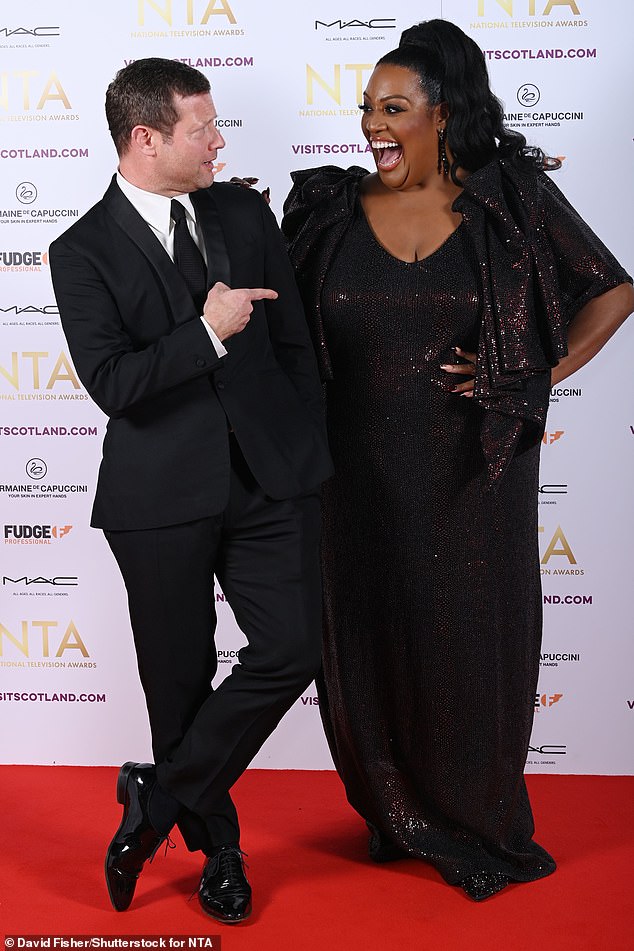 Style: The garment also featured also featured a red sequinned detail and short puffed sleeves while Alison added height to her frame with a pair of heels

She also recently said: ‘Could this be the year Ant and Dec hand over the gong to me?’

Alison’s This Morning co-star Holly Willoughby, 41, has publicly backed Alison, telling her: ‘This is your year.’

ITV’s This Morning will compete with The Chase, The Repair Shop and Loose Women for the Daytime Award. 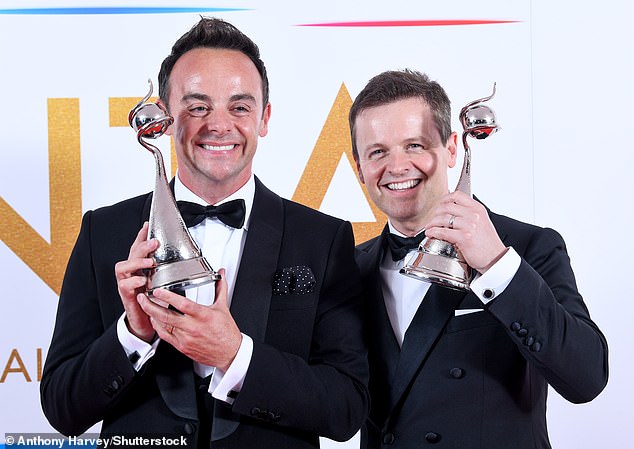 This Is Going To Hurt

Julia Bradbury: Breast Cancer and Me

Katie Price: What Harvey Did Next

Paddy and Christine McGuinness: Our Family and Autism

Tom Parker: Inside My Head

Paul O’Grady: For the Love of Dogs

The Great British Bake Off

I’m A Celebrity… Get Me Out Of Here!

In for a Penny