Pamela Anderson was dressed to the nines on Saturday evening when she stepped out for a family get-together with her son Brandon Thomas Lee.

Later in the evening, Brandon, 25, took to Instagram and posted a photo of himself and girlfriend Lily Easton heading out on a date night. 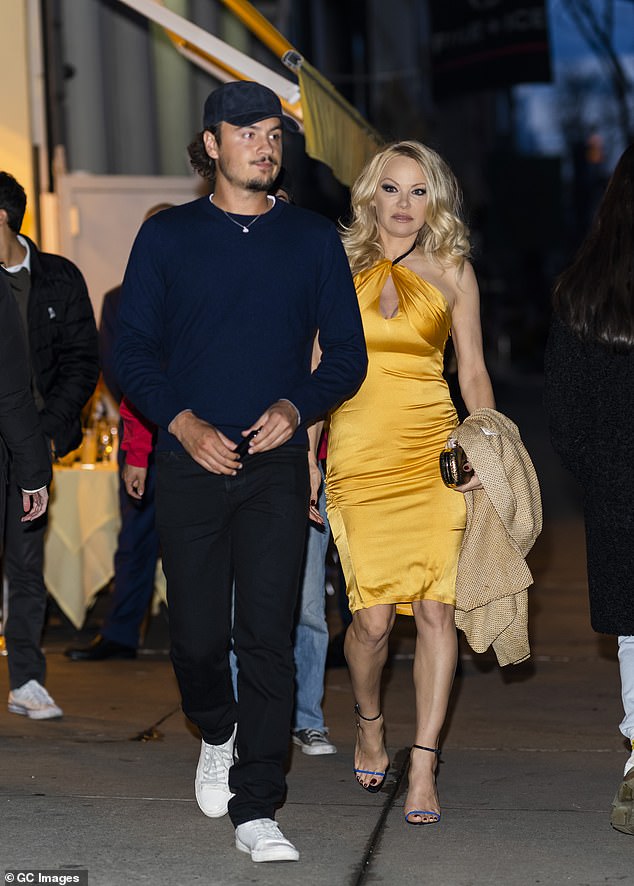 Hot in the city: Pamela Anderson, 54, spent some quality time with her son Brandon Thomas Lee, 25, in New York City on Saturday

Pamela and Brandon were spotted making their way around the bustling streets of the Downtown neighborhood of SoHo.

The actress, 54, showed off her famous figure in a bright yellow dress and a pair of open-toe heels.

The former Playboy model had her trademark blonde tresses styled long and flowing past her shoulders with a few soft waves and a part on the slight right. 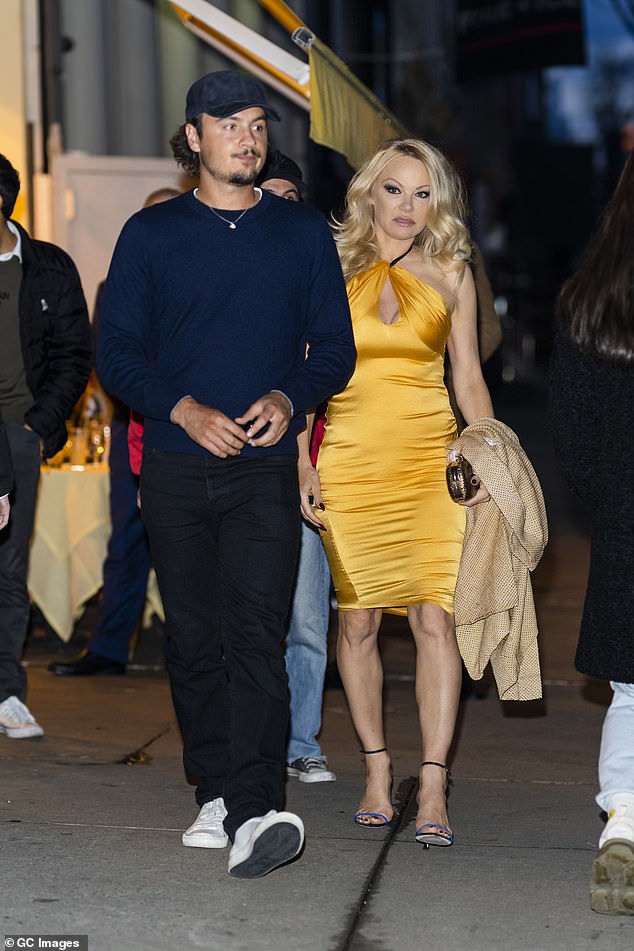 Family time: Brandon joined his mother for a stroll in the Downtown neighborhood of SoHo 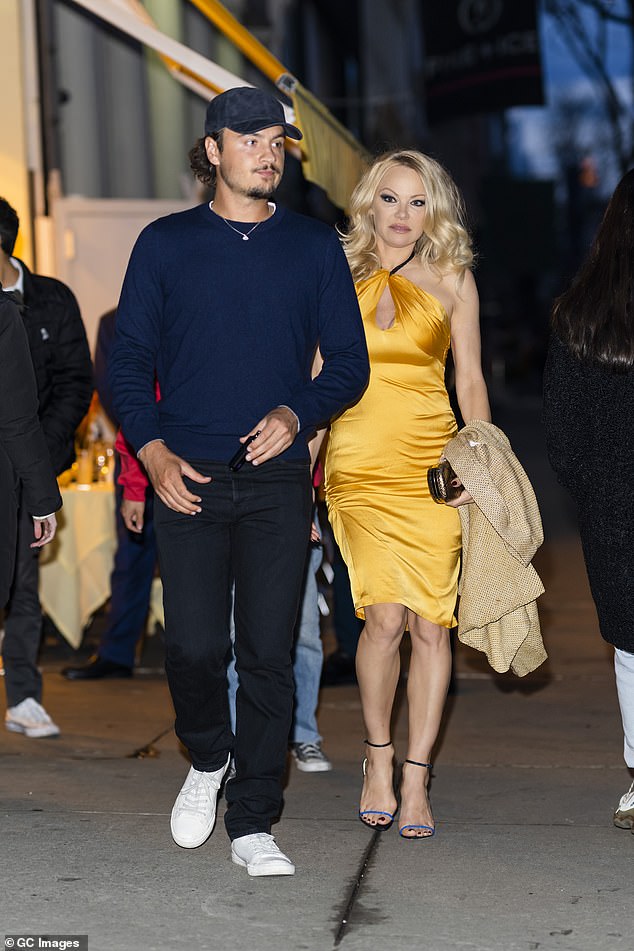 Pamela has been in New York City rehearsing for her Broadway debut as Roxie Hart in Chicago, which begins on April 12

She walked step for step with her son as they made their way to their destination.

He went with a casual-cool ensemble consisting of black fitted pants, a navy blue shirt, white sneakers, and a black hat over his short dark brown hair.

Not long after, a photo of Brandon and his lady, Lily Easton, appeared on his Instagram Stories.

‘Hot date’ and ‘New York City,’ it read near the top of the image, which showed Lee wearing the exact same outfit that he donned with his mother.

Lily, who’s an Australian-born model and influencer showed off her sexy curves in skin-tight black pants and a black leather jacket over a bustier. 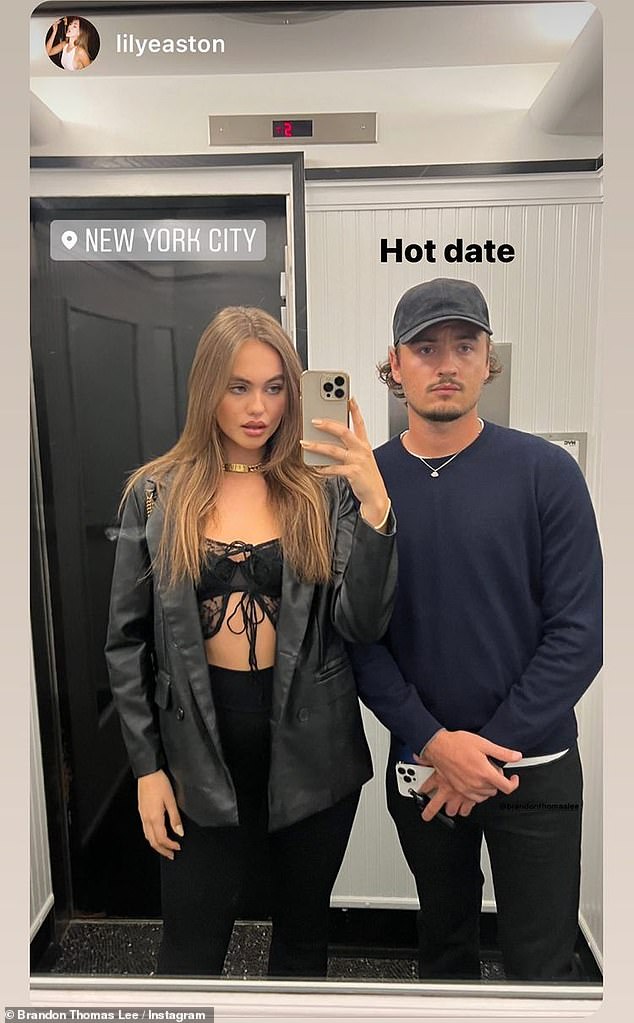 ‘Hot date’: After spending time with his mother, Brandon appears to have hooked up with his girlfriend Lily Easton, who documented their date night with a photo on Instagram

Around the same time, she posted a series of snaps on her Instagram page that included one image of herself sharing a passionate kiss with Lee.

Lily, who celebrated her 22nd birthday on April 4, is a professional fashion and lingerie model who has worked with brands such as Guess.

Pamela’s stint on Broadway in Chicago will run from April 12–June 5 at the Ambassador Theatre in New York City. 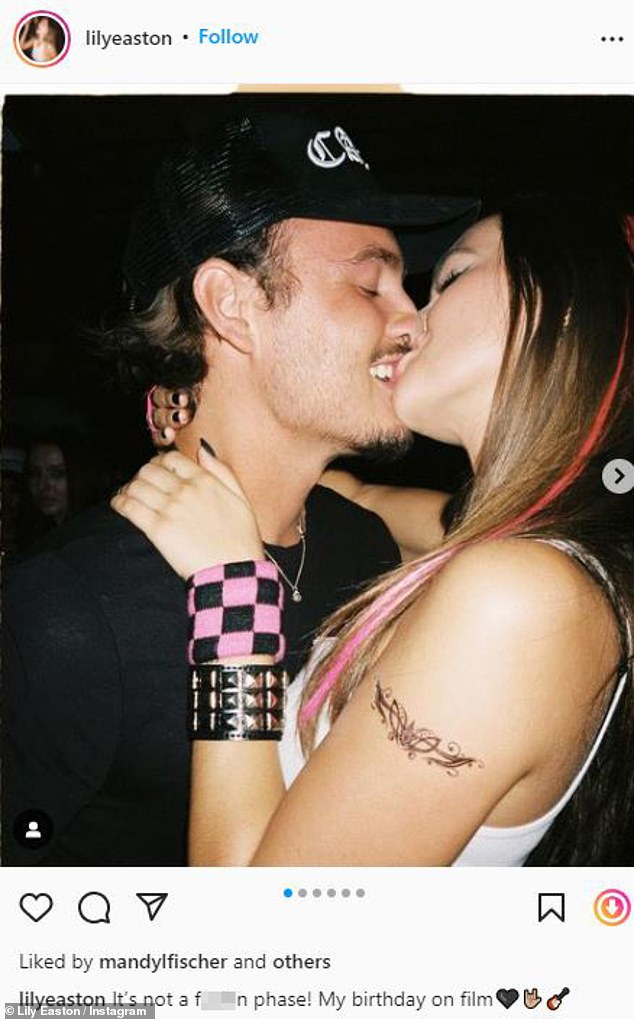 Birthday bash: Also on Saturday, Lily posted a series of birthday snaps on her Instagram page that included one image of herself sharing a passionate kiss with Lee 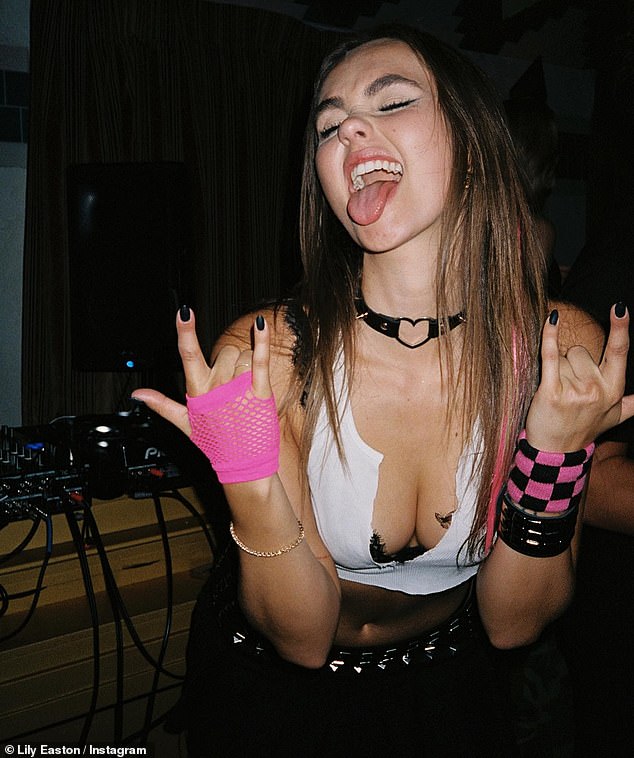 Rising star: She is an Australian-born model and social media influencer 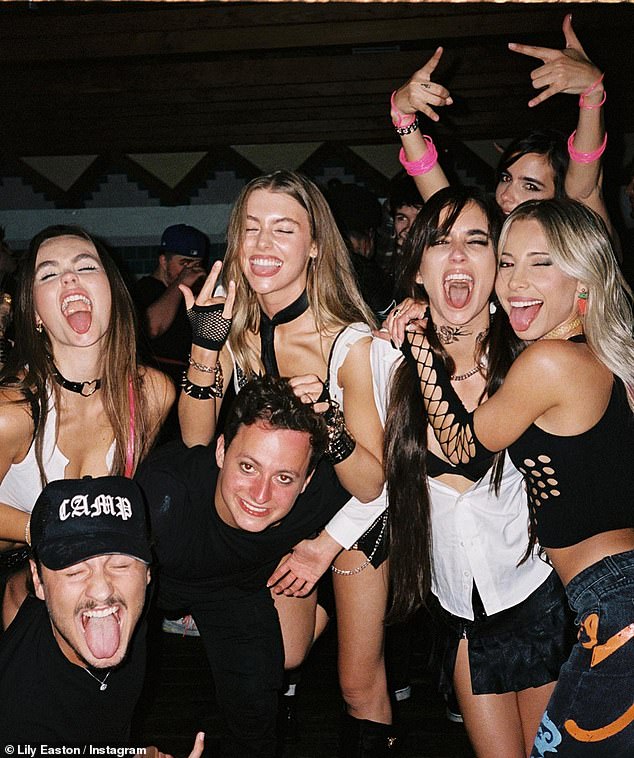 Party time: Brandon showed off his enthusiasm by sticking out his tongue during a group photo