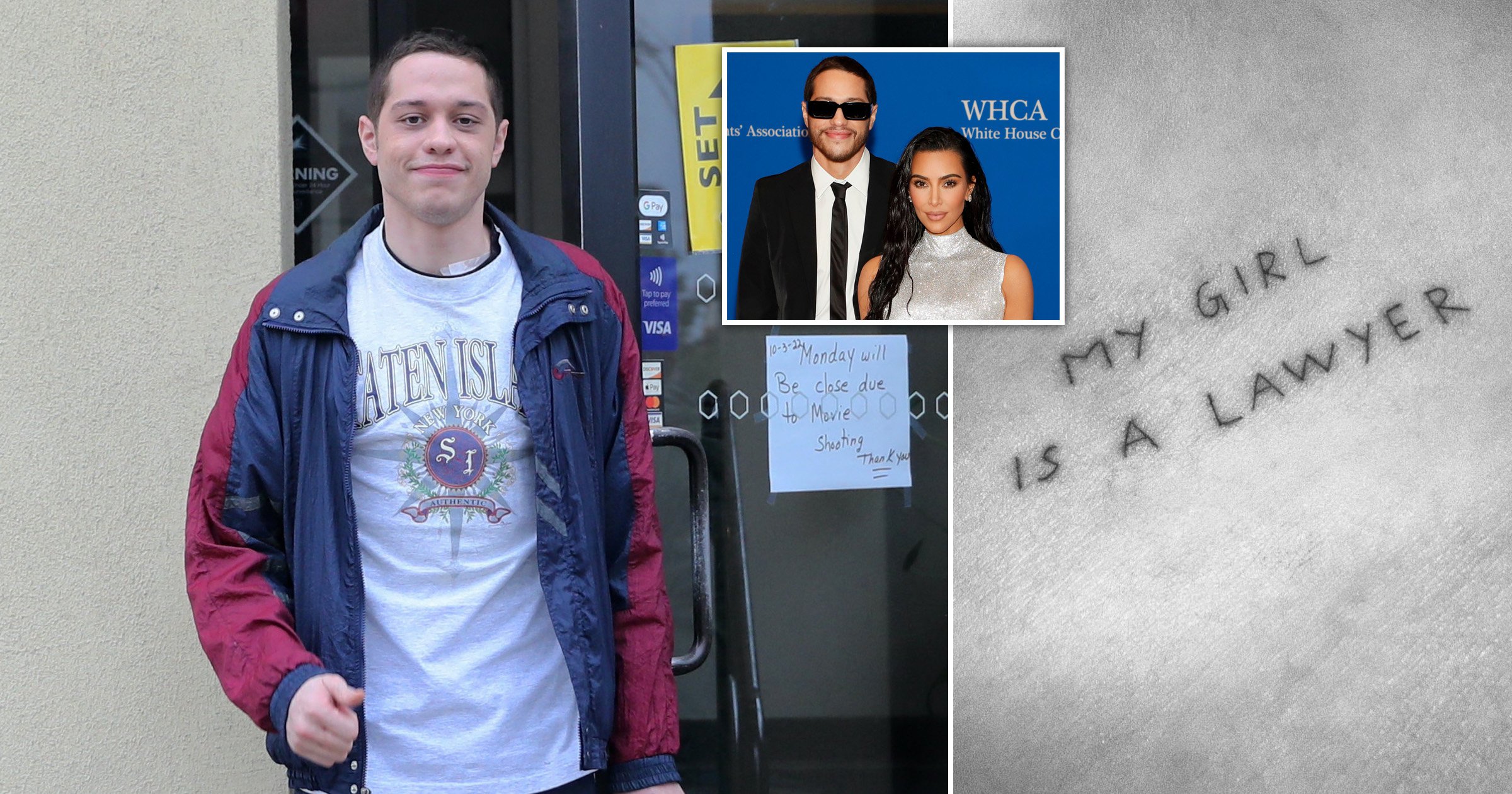 Pete Davidson has sparked speculation that he has removed one of the many tattoos he had in tribute to Kim Kardashian.

The former couple were first linked last October before eventually going their separate ways in August.

Despite dating for less than a year, the Saturday Night Live star, 28, unveiled a selection of inkings celebrating their romance, including a controversial design showing the initials of the four children she shares with Kanye West.

However, in the time since their break-up, fans have questioned what will become of the tattoos – including the branding he acquired of the 41-year-old’s name.

In new photos, Pete appears to have removed one design just below his neck, which commemorated Kim’s budding law career with the now infamous, ‘my girl is a lawyer’ phrase.

He was pictured leaving the set of his upcoming comedy, Bupkis, in New York – with a bandage over the top of where the tattoo used to be.

Pete has yet to confirm whether or not he has removed or covered the inking, but fans have shared their predictions on social media.

Sharing a photo from the Bupkis set, one tweeted: ‘Pete Davidson looking happy after removing a certain tattoo.’

‘Pete getting rid of his Kim tattoo is so funny and idk why,’ another joked.

‘Hopefully in his next relationship he doesn’t impulsively get another tattoo for his girlfriend & her children,’ a Reddit user suggested.

Pete and Kim went their separate ways in August after around nine months of dating, and the actor has kept a fairly low profile since then.

Pal Martha Stewart recently spilled the beans on how he is doing after the break-up, insisting that he’s ‘having the time of his life’.

During a recent interview with E! News, the lifestyle guru said the SNL comedian is ‘doing two movies’, insisting: ‘He’s having the time of his life.

‘This guy is a talented actor, a comedian, and who is a bon vivant at the same time. He’s fun.’

Kim later let slip on her love life, teasing who we could possibly see her with next after the end of their fling.

Appearing on the Late Late Show with James Corden, she admitted that plunging straight into another relationship is the furthest thing from her mind.

‘I haven’t really thought about it, because I’m not looking,’ she said. ‘I just want to chill for a minute.

‘I think I need some time to myself and to focus, finish school, all that.’

‘I think my next route will – I feel like I have to do something, like go to different places. Clearly it’s not working, whatever I’m doing,’ she added of her next partner.

‘I think it’s going to be [a] scientist, neuroscientist, biochemist, doctor, attorney. That’s maybe what I envision in the future.’