‘Red Rocket’: Read The Screenplay For Sean Baker’s Portrait Of A “Suitcase Pimp”

Editors note: Deadline’s Read the Screenplay series debuts and celebrates the scripts of films that will be factors in this year’s movie awards race.

“Getting to know people within that industry, we realized there was this archetype, because we met a handful of men like Mikey Saber – and they even had a term applied to them within the industry, slang term: ‘suitcase pimp,’ ” Baker recently said on a panel at Deadline’s Contenders Film: Los Angeles. “We found their psyche to be so complex and interesting and disturbing, we wanted to tackle that as a character study.”

The lives of suitcase pimps, Baker explained, “are all about exploitation and using the women they’re with. The women make thousands while the men are making hundreds at best. So they have to live off the women, financially. There’s a self-denial, a holier-than-thou attitude, an obliviousness, an ignorance that these guys have.

“We took the archetype and then, using a bunch of other anecdotes from characters we’ve met over the years, constructed this story of a suitcase pimp crawling back to his ex,” Baker said. “After burning every bridge in Los Angeles, he turns back to his high school sweetheart who he got into the industry with, back in the day, and begs for forgiveness.”

Baker said the lead character is an inveterate man-child who sugarcoats his trainwreck existence as much to delude himself as to deceive others. “He’s feeding his head with positivity because he can’t really face the negative place he is in. It’s literally the only way he can cope. Everything is always somebody else’s fault.”

“That’s definitely an American characteristic, somebody who is striving for success and it doesn’t matter who’s left trampled on the sidelines,” added Baker, who cites films like The Wolf of Wall Street and There Will Be Blood as more epic-scale cinematic incarnations. “These ruthless guys who exploit to get to the top.”

“I’m using comedy to a degree to soften Mikey, to show how one could be attracted to him. But I’m not ennobling him,” said Baker. “He doesn’t think about the future. He doesn’t care about ramifications. I think the word we kept using was: surviving. Mikey’s just trying to survive.”

Click below to read Baker and Bergoch’s script for the pic, which A24 released in theaters December 3. 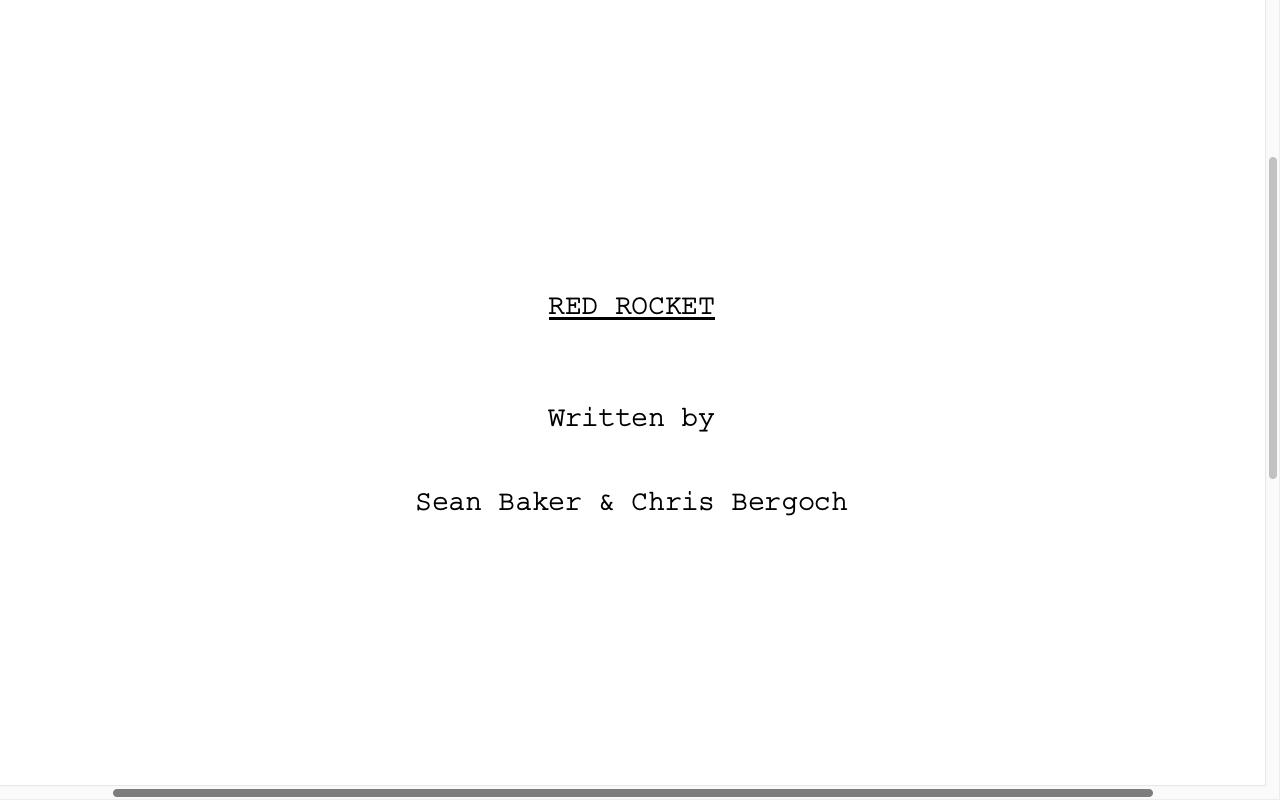 ‘Book Of Boba Fett’ Episode 1 Recap: Series Picks Up After ‘Return Of The Jedi’

All Other Netflix Films Looking Up At ‘Don’t Look Up’; ‘The Witcher’ Beguiles TV Side

‘The Mitchells Vs. The Machines’: Read The Screenplay For Netflix’s Animated Family Adventure