In honor of International Women’s Day on March 8, Sam Asghari wrote the most touching tribute to his girlfriend, Britney Spears.

Britney Spears is one strong woman, and her boyfriend, Sam Asghari, knows it! Sam took to his Instagram Story to share a sweet message for Britney — WHICH YOU CAN SEE HERE — on March 8, International Women’s Day. “Happy International Women’s Day to my lioness,” he wrote. “Thank you for showing me that true strength and bravery comes from a woman.” He also included a paparazzi photo of the pair and added, “Plus we look like two bada**es here.”

Britney and Sam have been together since the end of 2016, after meeting on the set of her music video for “Slumber Party.” While Brit has dealt with a lot of ups and downs in her life, her relationship with Sam has remained constant. He’s also been extremely supportive amidst the buzz about the recent Framing Britney Spears documentary. The doc explored the ups and downs of Britney’s career, including how the media turned on her and how she’s been held under a conservatorship, controlled by her father, Jamie Spears, since 2008. 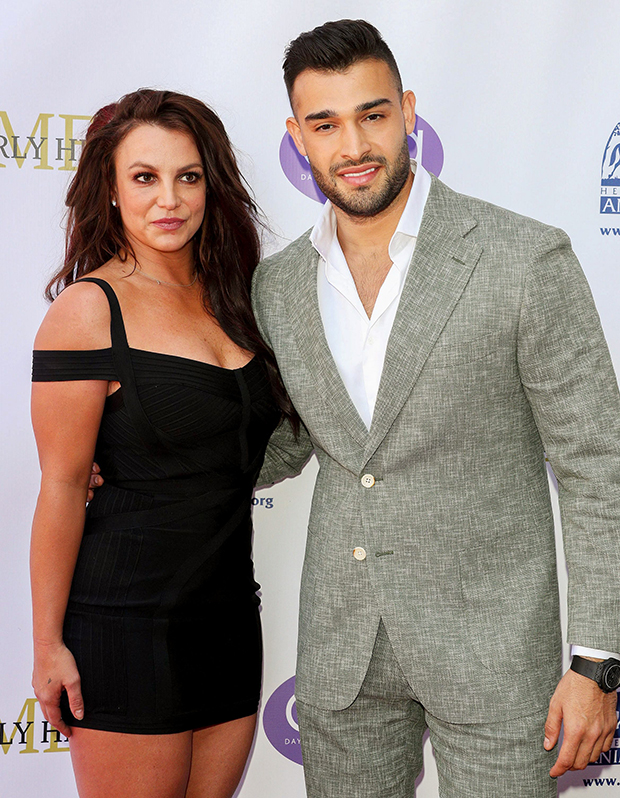 Although Britney has not commented on the documentary or state of her conservatorship, Sam released a statement about the situation in early February. “I am thankful for all of the love and support she is receiving from her fans all over the world and I am looking forward to a normal, amazing future together,” he said at the time.

Sam also publicly slammed Britney’s dad on his Instagram. “It’s important for people to understand that I have zero respect for someone trying to control our relationship and constantly throwing obstacles in our way,” Sam accused. “In my opinion, Jamie is a total d***. I won’t be going into details because I’ve always respected our privacy, but at the same time, I didn’t come to this country to not be able to express my opinion and freedom.”

Meanwhile, earlier this month, Britney paid tribute to Sam on his birthday by sharing a video of herself dancing to her hit “Toxic” in the shower. In the clip, which was posted to Instagram, Britney wore nothing but a fluffy robe. “Happy birthday to the man that always makes me laugh,” she captioned the video.