Saweetie Confirms Split From Quavo Amid Cheating Speculation: Endured ‘Too Much Hurt & Betrayal’

Saweetie has confirmed she and fellow rapper Quavo have split up, amid accusations that he gave ‘intimacy to other women.’

Quavo‘s no longer her type! Saweetie has confirmed that she and the Migos rapper have broken up after nearly three years together. The 27-year-old — real name Diamonté Quiava Valentin Harper — shared two tweets on Mar. 19 that explained how she suffered too much “hurt.” Saweetie even dissed Quavo’s well documented lavishing of expensive gifts upon her as “band aids” over the “scars” he caused while intimating that he was cheating on her with other women.

“I’m single. I’ve endured too much betrayal and hurt behind the scenes for a false narrative to be circulating that degrades my character. Presents don’t band aid scars and the love isn’t real when the intimacy is given to other women,” Saweetie wrote in her first tweet. Quavo famously gave Saweetie not one but two rare Hermes Birkin bags as a 27th birthday present. 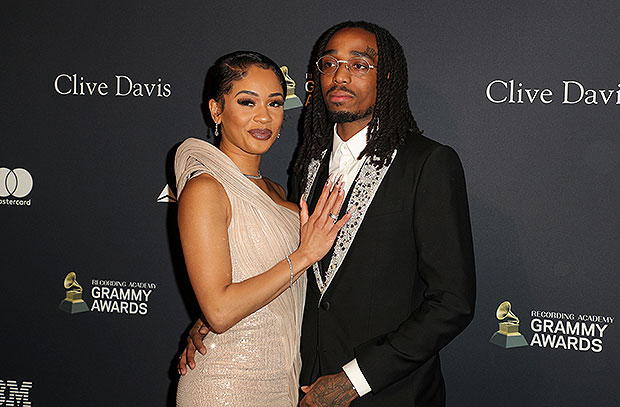 Saweetie then added that she’s going to be okay, leaving the relationship feeling empowered. “I emotionally checked out a long time ago and have walked away with a deep sense of peace and freedom. Excited for this new chapter of elevation,” she wrote in a second tweet.