‘Did Tom Cruise get less for the Top Gun sequel? F*** no!’: Matthew Lillard defends Scream co-star Neve Campbell after she quit the franchise over a pay dispute

Neve Campbell recently announced she would not be returning for the Scream franchise’s sixth instalment due to a pay dispute.

The star, 48, who has played the lead role of Sidney Prescott since the first 1996 movie, said in a statement that she needed to assert her ‘value’ as an actress.

And now actor Matthew Lillard, 52, who played Stu Macher in the horror’s first outing, has come to the actress’ defence, comparing her to Tom Cruise. 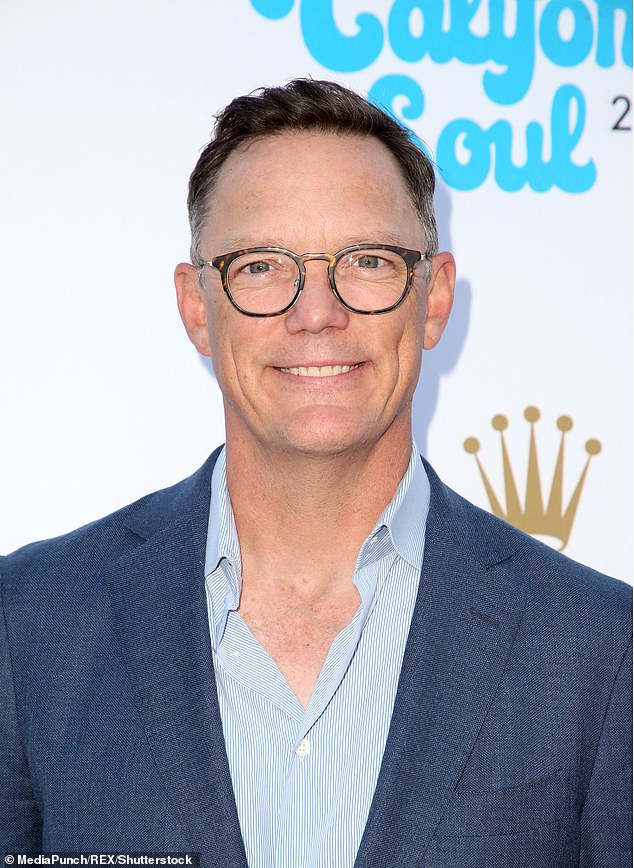 ‘Did Tom Cruise get less for the Top Gun sequel? F*** No!’: Matthew Lillard, 52, has defended his Scream co-star Neve Campbell, 48, after she quit the franchise over a pay dispute

The 59-year-old Mission Impossible actor recently returned to his role Pete ‘Maverick’ Mitchell in 2022’s Top Gun: Maverick after first playing the part in the 1986 original – netting a reported $100 million in the process.

Matthew continued: ‘So why is a woman supposed to take less? Why wouldn’t you pay her more as the series goes on?’ 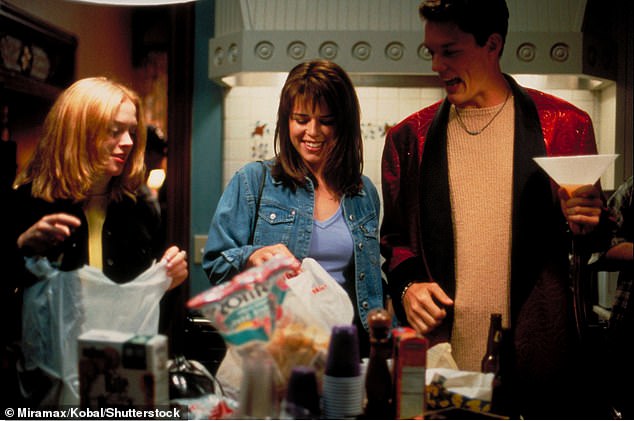 Co_stars: Matthew (right) appeared with Neve (centre) in the first movie back in 1996 (pcitured with co-star Rose McGowan)

‘Should Neve Campbell be paid for the work she’s done in five movies of a franchise? Yes, because she’s a female lead of one of the most successful horror franchises,’.

Jamie Kennedy, who played Randy Meeks in the Scream movies, also came to Neve’s defence in the interview. 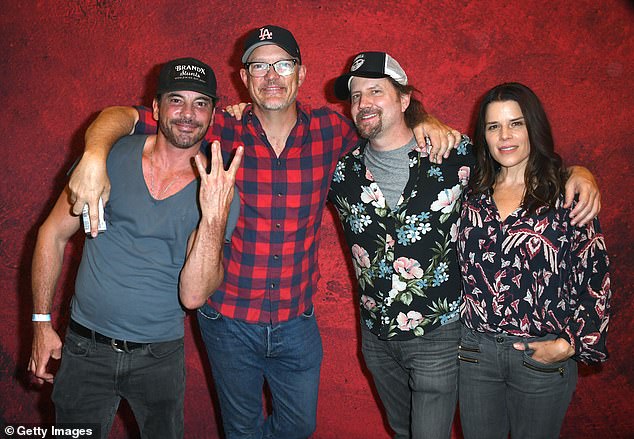 Back together: (L-R) Skeet Ulrich, Matthew Lillard, Jamie Kennedy and Neve Campbell reunite at the MONSTERPALOOZA Fan in Pasadena June 5, 2022 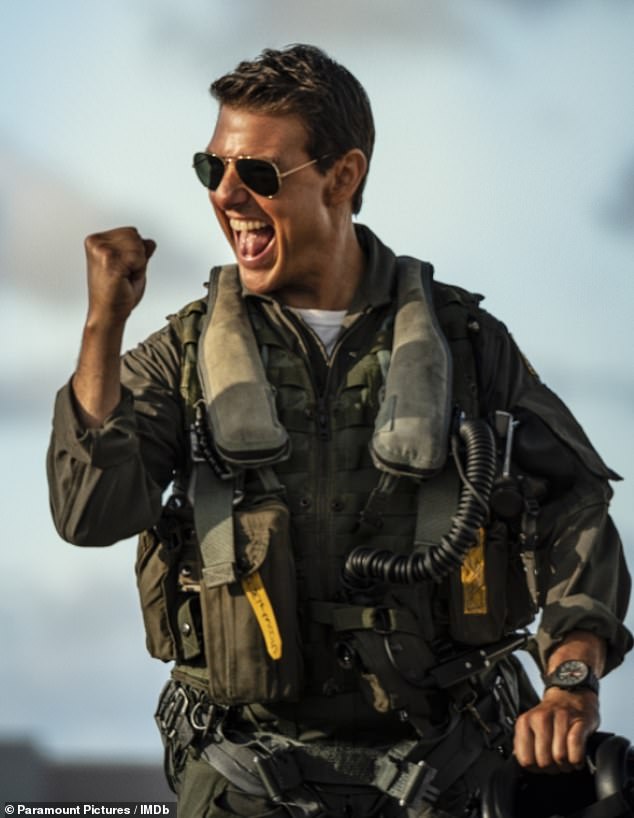 Back in action: The 59-year-old Mission Impossible actor recently returned to his role Pete ‘Maverick’ Mitchell in 2022’s Top Gun: Maverick after first playing the part in the 1986 original – netting a reported $100 million in the process (pictured in the 2022 movie)

He added: ‘It’s crazy that the people behind the scenes are not paying the money to literally the face of the franchise,’.

‘As a woman I have had to work extremely hard in my career to establish my value, especially when it comes to Scream,’ she explained. 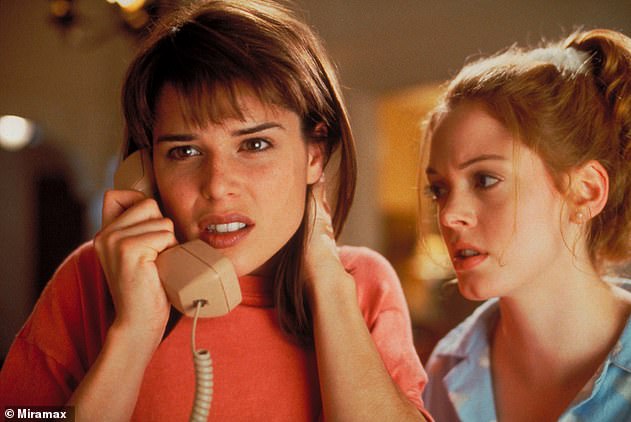 Main attraction: Neve has played Sidney Prescott in all five of the Scream movies (pictured above with Rose McGowan in the original 1996 movie)

Hinting at issues surrounding her salary she added: ‘I felt the offer that was presented to me did not equate to the value I have brought to the franchise.’

‘It’s been a very difficult decision to move on. To all my Scream fans, I love you. You’ve always been so incredibly supportive to me. I’m forever grateful to you and to what this franchise has given me over the past 25 years,’ she concluded.

Campbell, 48, has played protagonist Sidney Prescott in all five of the Scream movies since 1996, having most recently reprised the role in the reboot that was released this year.

The most recent revival of the movie brought back original stars Campbell, Courteney Cox and David Arquette – and made $140million at the box office against a $24million budget. 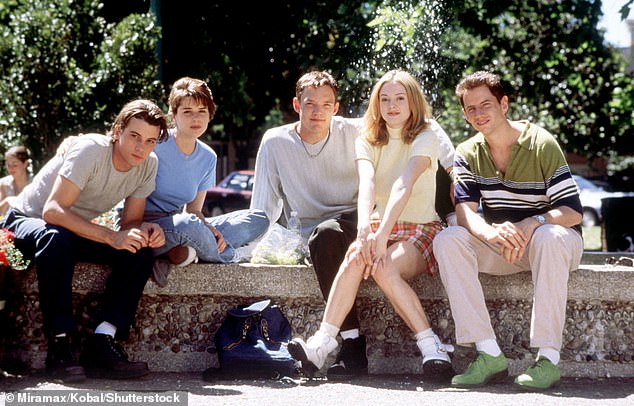 Production for the sixth slasher film is expected to begin this summer and Courtney is still attached to reprise her role as Gale Weathers.

It is not clear how much she made from the fourth and fifth installment of the franchise, though it is commonplace in Hollywood to strike ‘back end deals’ when it comes to salaries.

A back-end deal usually sees the main star lower their salary fee in exchange for a percentage of the box office receipts, which for something like Scream would prove very lucrative. 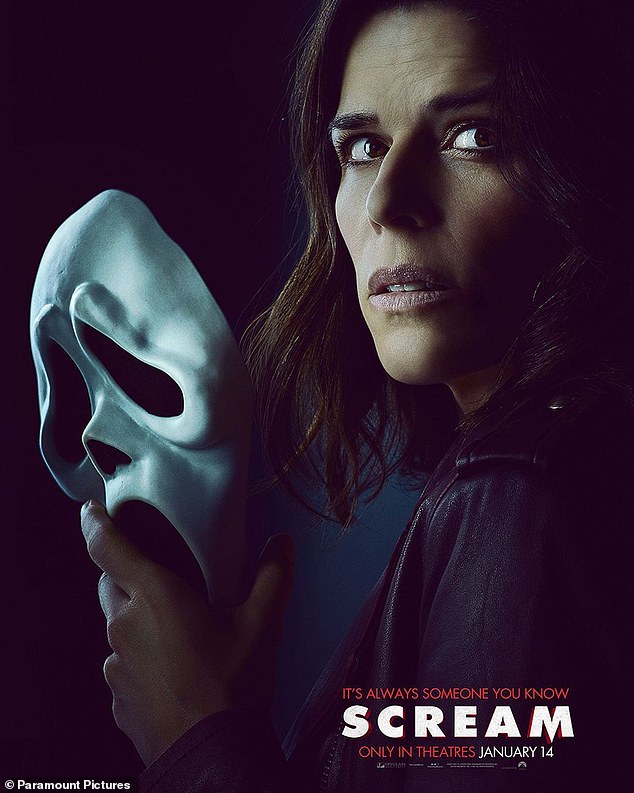 The Masked Singer: Daisy May Cooper and Claire Richards are unmasked