Home » Celebrities » Snooki Shares What Brought Her Back to ‘Jersey Shore: Family Vacation'

Snooki Shares What Brought Her Back to ‘Jersey Shore: Family Vacation'

Nicole “Snooki” Polizzi is heading back on vacation with her Jersey Shore family. Snooki, who served as a guest host on Tuesday’s Entertainment Tonight, shared why she returned to Jersey Shore: Family Vacation after announcing her departure from the MTV series last July.

“I just needed a break in general just because I feel like it got really heavy with the drama,” Snooki explained on ET. “But then the producers texted me and said, ‘Listen, we’re throwing a party for Mike for his sobriety’ and I was like, ‘I can’t miss that,’ and they were like, ‘OK, the baby shower,’ and giving me all of these events, I was like, ‘All right I have to come back. You give me no choice.'”

While she wouldn’t say whether or not she was coming back to the show full time, Snooki revealed that she’s willing to shoot as much as she can, as long as she doesn’t have to leave her three children — Lorenzo, 8, Giovanna, 6, and and Angelo, 2 — for too long.

“I’m willing to shoot as much as I can, I just can’t be away from my kids for more than three days,” she shared.

“I just wanted to be home in my jammies and just snuggle with my babies, so in general, I just feel like I needed a break for my soul, because I was like, ‘I don’t want to be here right now,’ so I feel like it was a good break,” she continued. “Now, I can’t wait to see my roomies and I can’t wait to film. I feel like I just got what I wanted. I just want to be comfortable, as a cast member, but also as a mom.”

When it comes to the drama that caused Snooki to take a step back from the show, the reality TV star said it’s “100 percent real.”

“So, unfortunately, our show is 100 percent real even when I am peeing in a bush. So that wedding drama, it was not meant to be malicious. Just the way it backfired, and Angelina was so upset, and I felt bad. It just snowballed into more drama,” she explained. “I was like, ‘I can’t handle this, I am not a confrontational person. I don’t like drama,’ so I cried myself to sleep for a couple of nights. I am like, ‘This is so intense.'”

It all started at Angelina Pivarnick and Chris Larangeira’s wedding, where Snooki served as one of the bridesmaids along with Jenni “JWoww” Farley and Deena Cortese. ET reported at the time, that the bridesmaids delivered a speech that roasted Angelina — and she didn’t take it well. Angelina left, screaming at the producers and wouldn’t talk to the girls.

As seen on the episode, during the speech, wedding guests began booing the bridesmaids, with Angelina crying, getting up from her seat and exclaiming, “That was so f**ked up!”

After tears, confrontations between all the ladies and apologies were exchanged, Snooki told Deena, “I’m quitting, I think. I think this is it. This is not fun.”

In the confessional, Snooki added, “I just love my roomies, always. Jersey Shore is literally my life. I never would have met my best friends, so the fact that it has to end like this, for me, it really sucks.”

See Snooki put the drama behind her and return to the shore when Jersey Shore: Family Vacation airs Thursdays at 8:00 p.m. ET/PT on MTV.

Nicole 'Snooki' Polizzi Reveals She Has COVID-19: 'This Is Super Scary 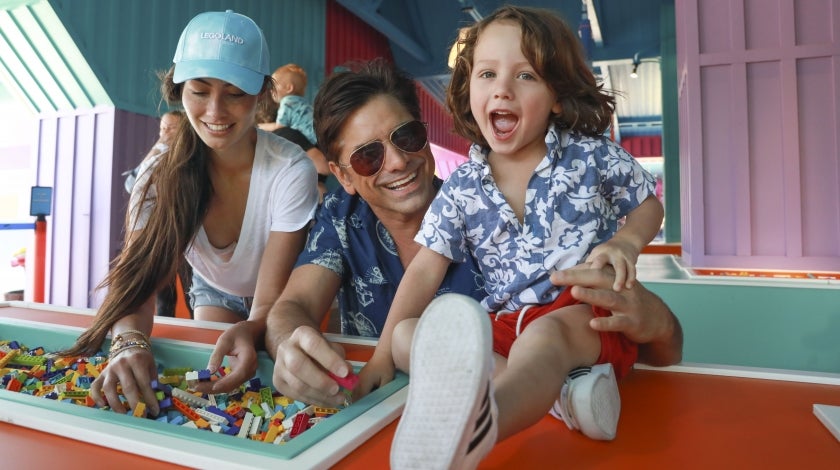 Celebrities and Their Too Cute Kids