Home » Celebrities » The boys of Harry Potter all grown up

The boys of Harry Potter all grown up

It’s been two decades since the first film in the “Harry Potter” franchise hit theaters and in that time, the boys from the movies — including stars Daniel Radcliffe, Rupert Grint, Matthew Lewis and Tom Felton — have grown up into handsome men. In honor of the 20th anniversary of “Harry Potter and the Sorcerer’s Stone” — yup, you read that right, it’s been two decades now! — Wonderwall.com is taking a stroll down memory lane to see how our favorite wizards have aged.

RELATED: “Harry Potter” leading ladies: Where are they now?

Harry doesn’t look too shabby these days. Daniel Radcliffe continues to find plenty of work in Hollywood and on stage. He’s been in several films over the years, including “The Woman in Black,” “Trainwreck,” “Now You See Me 2,” “Escape from Pretoria” and the TV movie “Unbreakable Kimmy Schmidt: Kimmy vs. the Reverend.” Since 2019, the actor who played The Boy Who Lived has been appearing on the small screen in “Miracle Workers.” 2020 marked the year in which he returned to the stage when he appeared in productions of “Endgame” and “Rough for Theatre II.” Next up, catch Daniel in 2022’s “Lost City of D.”

RELATED: The “Harry Potter” cast: Where are they now?

Wizard Ron Weasley is all grown up and still acting. Rupert Grint has taken on roles in a few films like “CBGB” as well as TV shows including “Snatch” and the BBC miniseries “The ABC Murders.” Since 2019, he’s portrayed Julian Pearce on the Apple TV+ horror series “Servant.” He’s also appeared on Broadway in “It’s Only a Play” alongside Matthew Broderick and Nathan Lane. Rupert and longtime partner Georgia Groome welcomed their first child together, a daughter, in 2020.

Tom Felton is now in his 30s! He’s appeared in flicks such as “The Apparition,” “Rise of the Planet of the Apes” and “Belle” and has made a few TV appearances too on shows including “Origin” and “The Flash.” The Brit, who’s also a singer-songwriter, has remained tight with Emma Watson (aka Hermione Granger) over the years. Though they’re just friends, she’s admitted that Tom was her first crush back when they were kids. Tom has five films on the way: “Save the Cinema,” “Some Other Woman,” “Lead Heads,” “Canyon Del Muerto” and “Burial.”

Robert Pattinson played the most popular kid at Hogwarts, Cedric Diggory, in 2005’s “Harry Potter and the Goblet of Fire.”

Everyone knows where Cedric Diggory ended up. The Hufflepuff student wizard also served as captain of the Quidditch team, but no one expected he’d end up as the most famous alum of Hogwarts in real life. Robert Pattinson found massive success after he took on the role of Edward Cullen in another book series-turned-film franchise in 2008: “The Twilight Saga.” Of course, his success in Hollywood didn’t end there — Rob’s since appeared in a slew of notable films including “Remember Me,” “Water for Elephants,” “Maps to the Stars,” “Good Time,” “The Lighthouse” and “Tenet.” He has a major blockbuster flick on the way — 2022’s “The Batman,” in which he portrays the titular superhero. Following high-profile romances with Kristen Stewart and FKA twigs, Rob’s been in a relationship with model-actress Suki Waterhouse since 2018.

Neville Longbottom, is that you?! Matthew Lewis stunned “Harry Potter” fans in 2015 when he appeared on the cover of Attitude magazine flashing a slim, toned physique and six-pack abs. Since then, he’s settled into his status as a hunky heartthrob! Aside from frequenting the gym more often, Matthew — who married American Angela Jones in 2018 after meeting her at a Wizarding World of Harry Potter event at Universal Studios Orlando, where she worked as an event planner — continues to act. He’s appeared in “Me Before You” and more recently in “Terminal” and on the British period drama “Ripper Street.” From 2020 to 2021, he portrayed Hugh Hulton on the PBS dramedy “All Creatures Great and Small.”

As Harry Potter’s selfish, spoiled and bullying cousin, actor Harry Melling had a thankless role. As he grew up, he slimmed down, which almost led to his being recast in “Harry Potter and the Deathly Hallows Part 1” in 2009 — until it was decided he could wear a prosthetic suit instead. Harry has since appeared on several TV shows in his native Britain — he made headlines in 2019 when he popped up on two shows in one night, “His Dark Materials” and “War of The Worlds” — and has landed roles in flicks like “The Lost City of Z” and, more recently, in 2020’s “The Devil All the Time.” In 2020, Harry appeared on the Emmy-winning series “The Queen’s Gambit.” Next up, he’ll portray Malcolm in “The Tragedy of Macbeth” starring Denzel Washington and Frances McDormand, which is slated to hit theaters in December 2021.

Boy, Cormac McLaggen sure grew up to be a hunk! Freddie Stroma has continued to have a successful acting career post-“Harry Potter.” He’s popped up in flicks like “Pitch Perfect” and “13 Hours” and even had a brief stint on “Game of Thrones” (as Dickon Tarly). In addition to appearing on Netflix’s hit Shonda Rhimes series “Bridgerton” in 2020, he’s also popped up on Kevin James’s “The Crew.” Freddie will next appear on the DC superhero series “Peacemaker,” which is set to debut on HBO Max in 2022. He’s been married to his “UnREAL” co-star Johanna Braddy since 2016.

Surprise! Fred and George Weasley actually aren’t redheads in real life! Twins James Phelps and Oliver Phelps dyed their hair for their “Harry Potter” roles. The two remain active in the “Harry Potter” fan community, frequently attending franchise events (including this one — they’re seen here at the opening of “Harry Potter: The Exhibition” in Madrid in 2019). They’ve also maintained a presence in showbiz — James and Oliver most recently appeared in Edgar Wright’s “Last Night in SoHo” in 2021. Both brothers are happily married: James wed Annika Ostle in 2016, while Oliver tied the knot with Katy Humpage in 2015.

Alfred Enoch — or Alfie, as he’s known now — is a full-fledged gorgeous adult who spent four years starring on ABC’s “How to Get Away With Murder.” 2021 has been a busy year for the British actor: He appeared in the film “The Picture of Dorian Gray” and on the Apple TV+ sci-fi series “Foundation.” 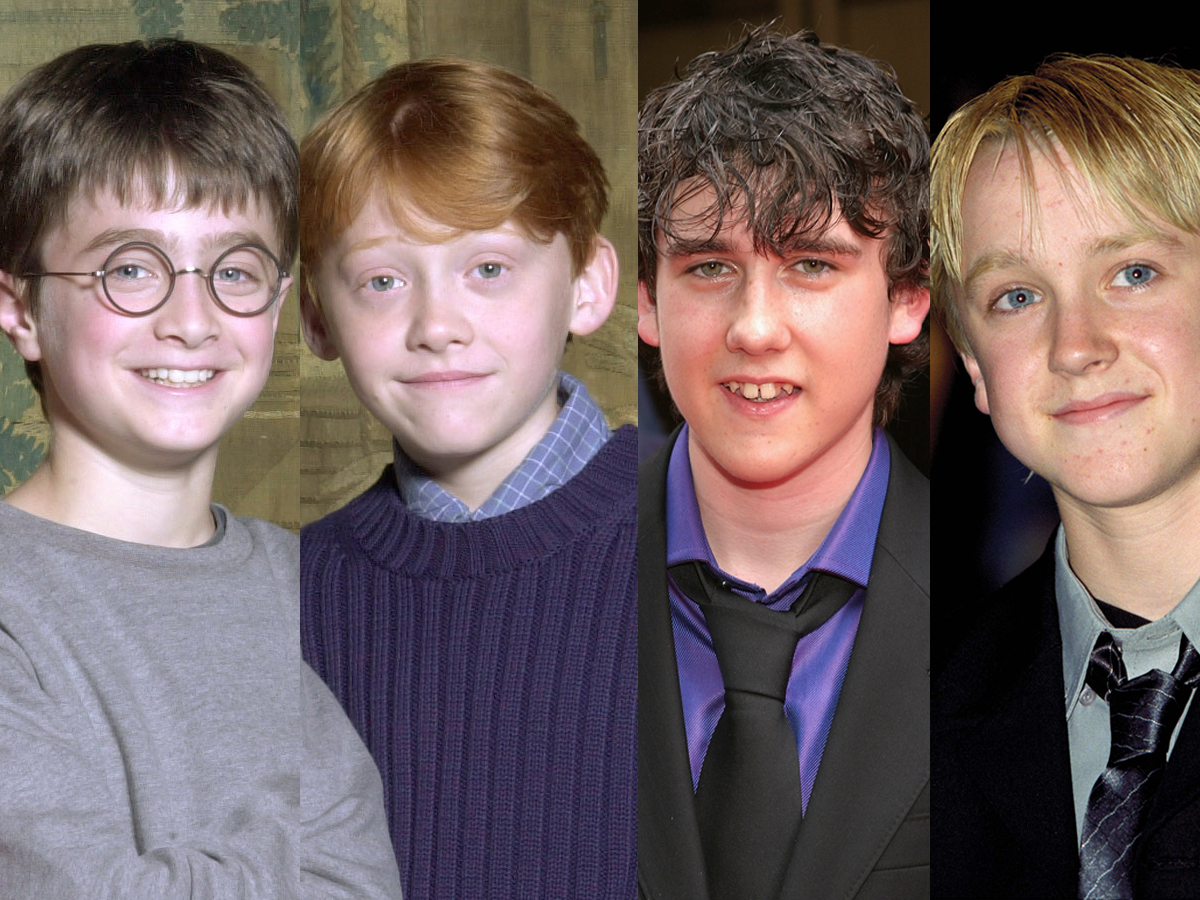 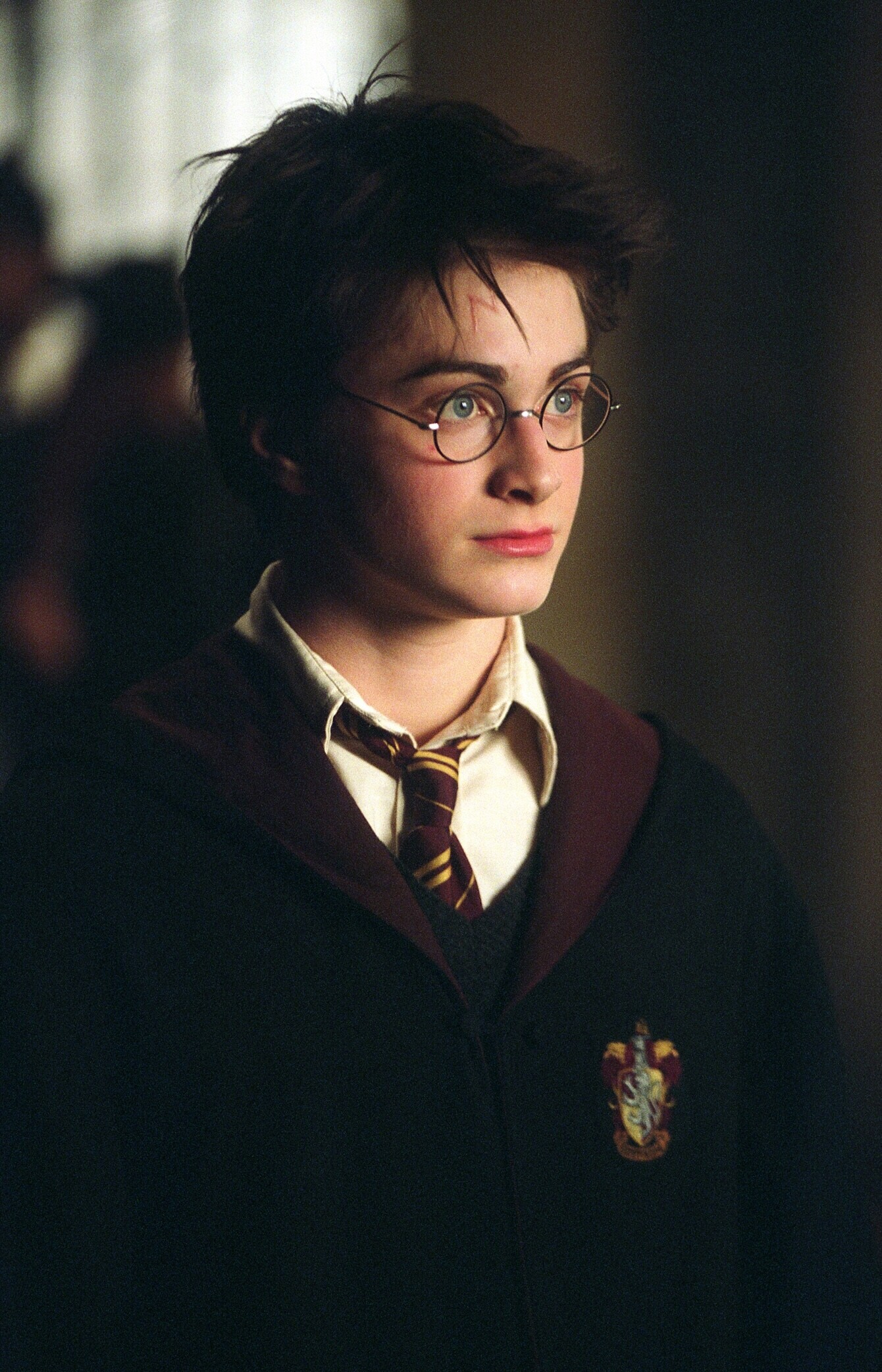 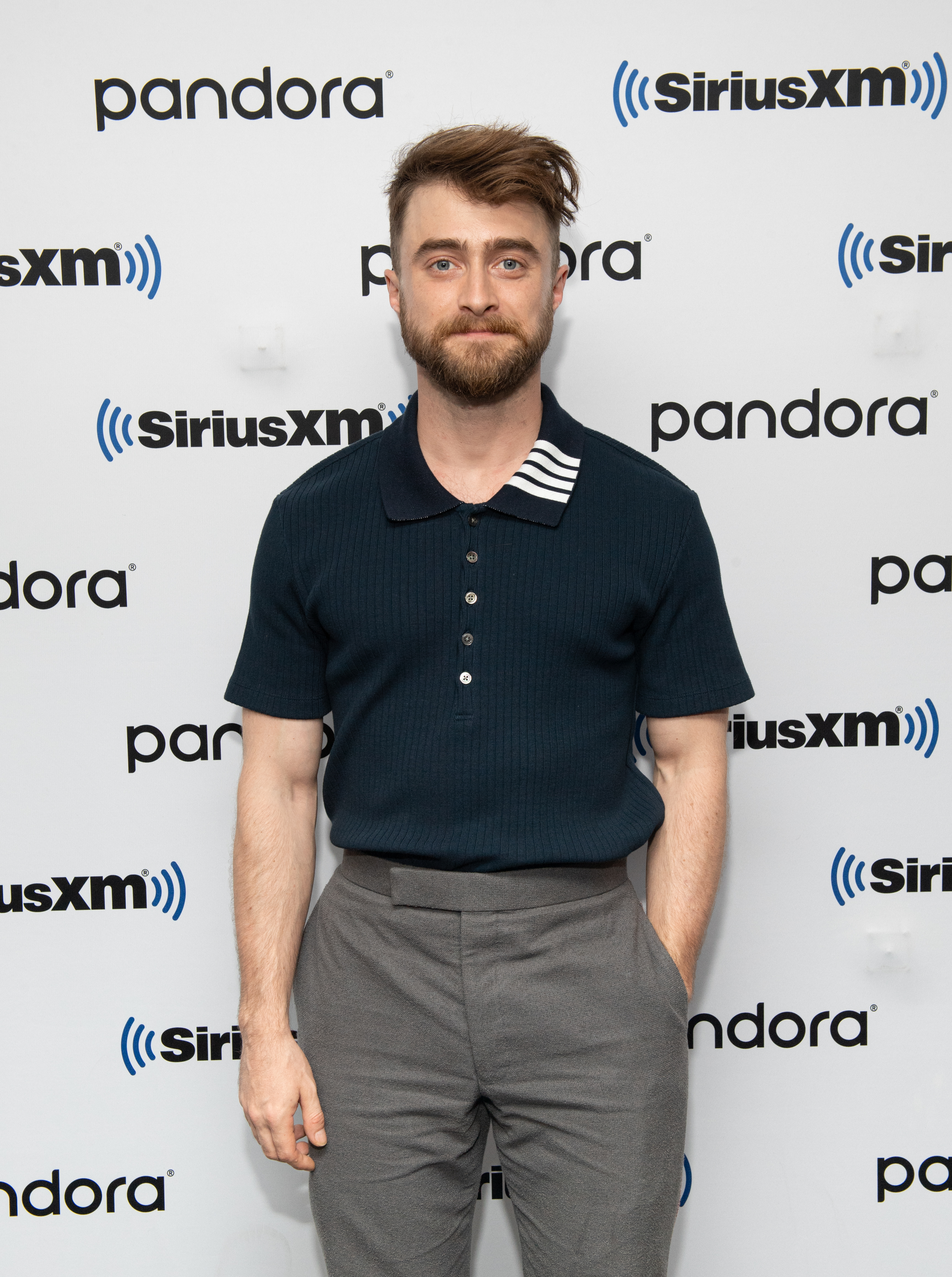 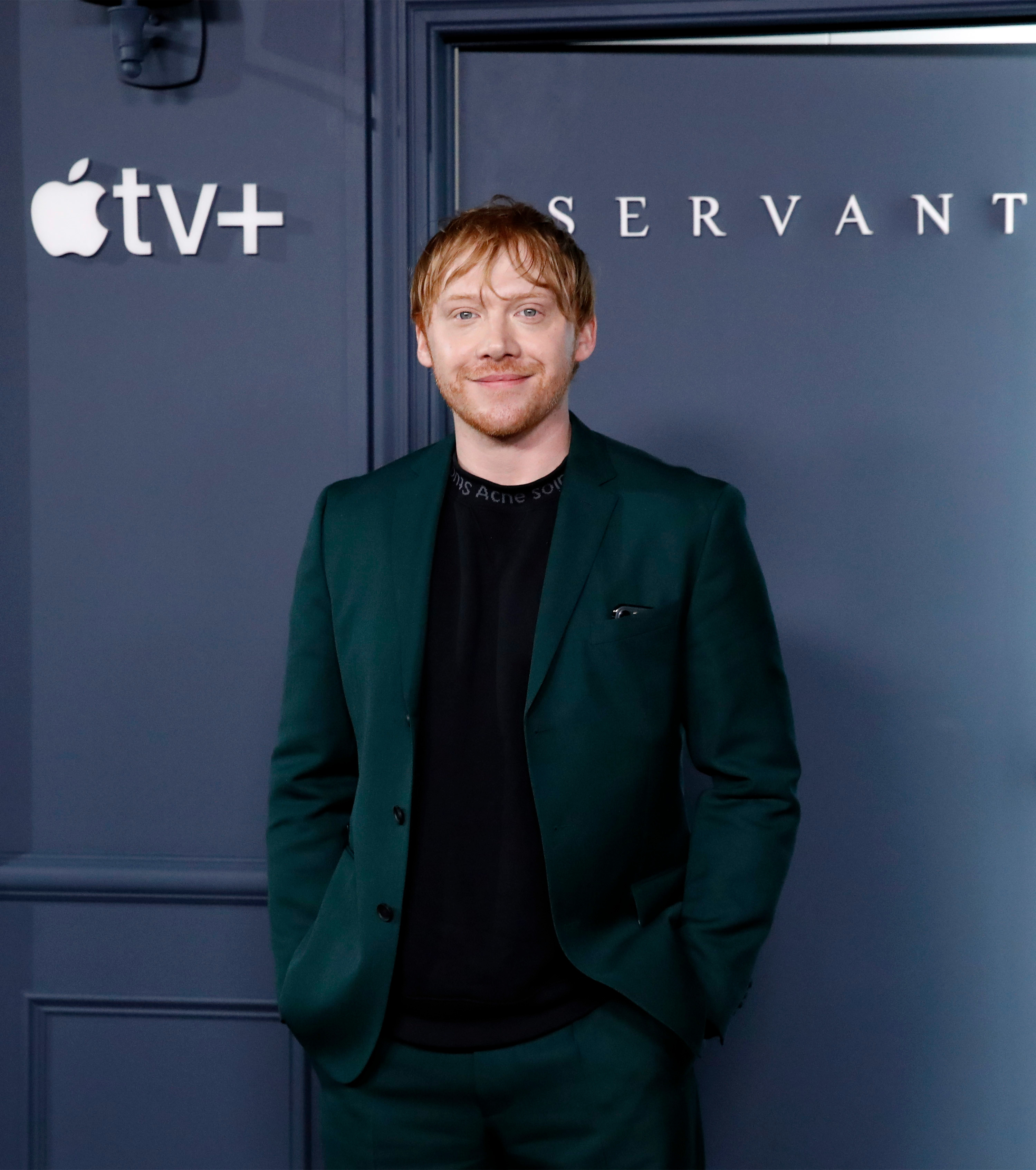 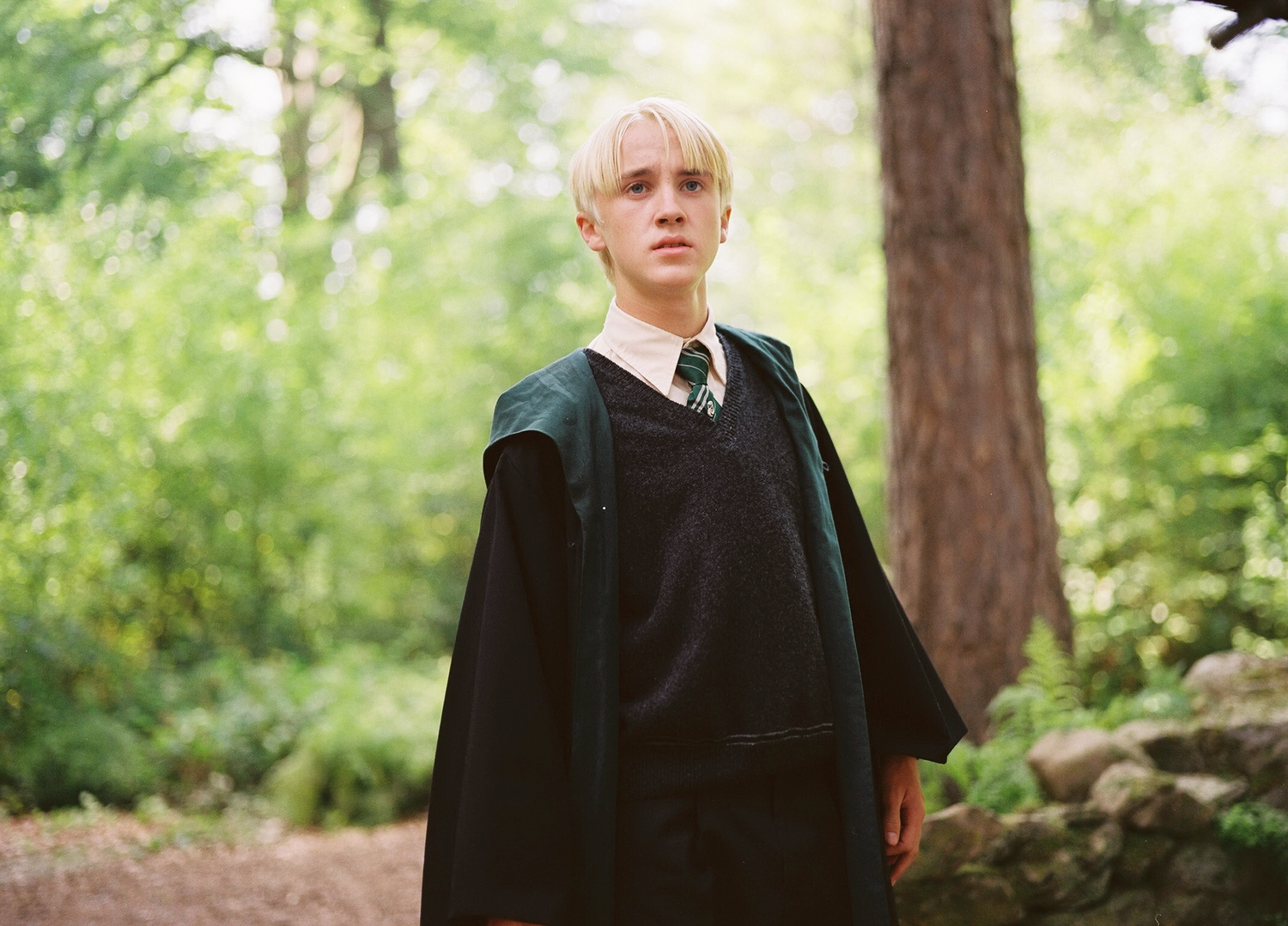 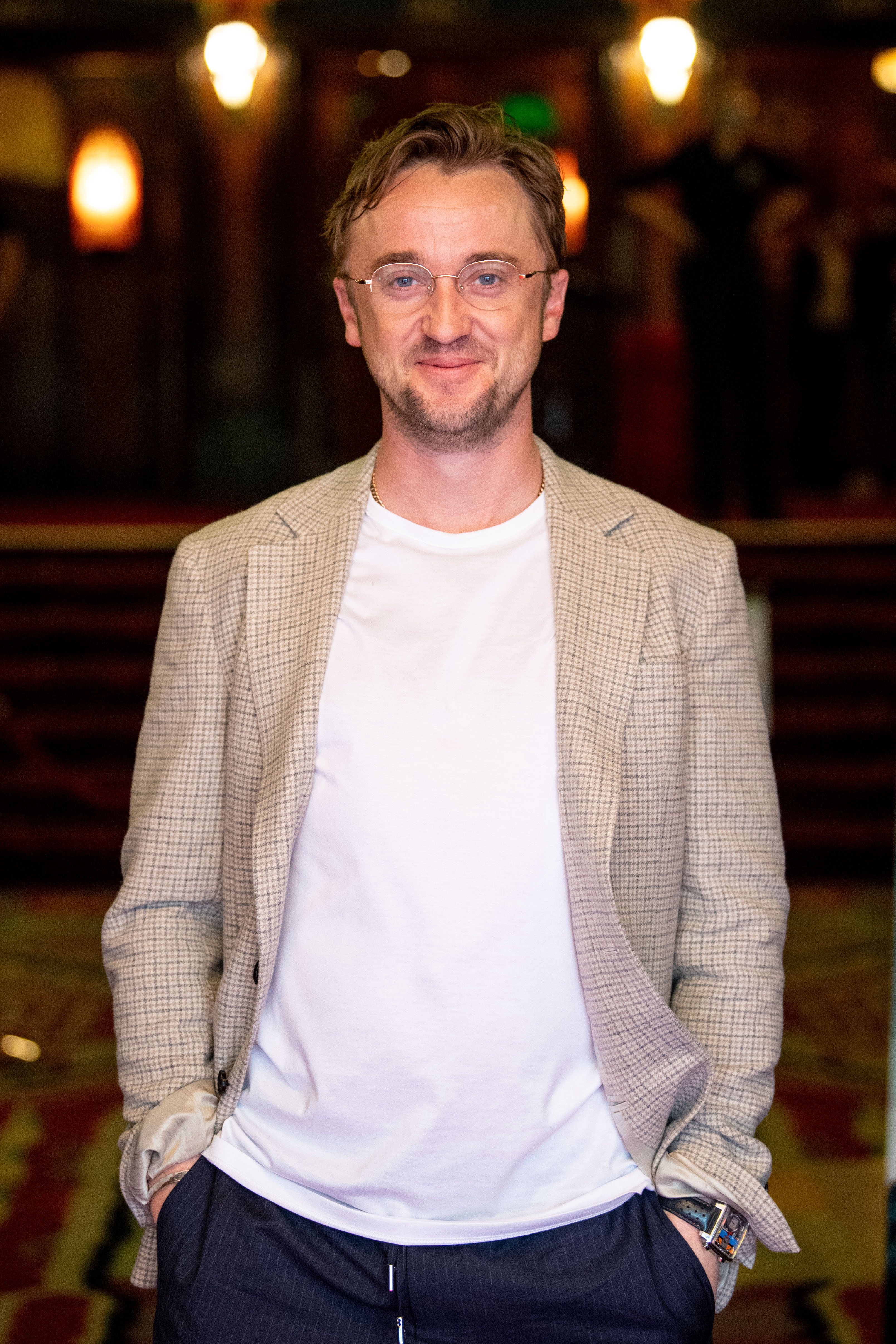 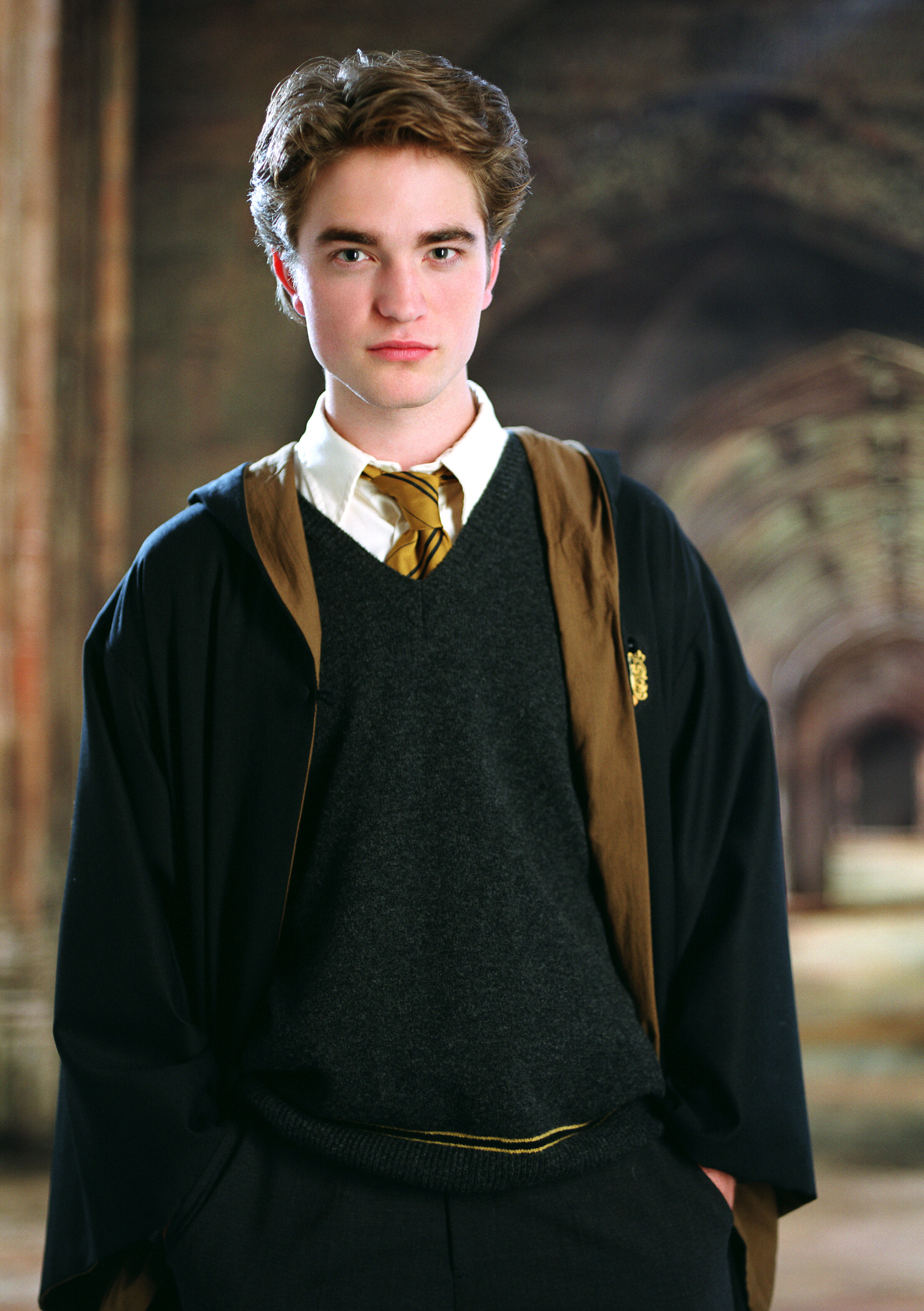 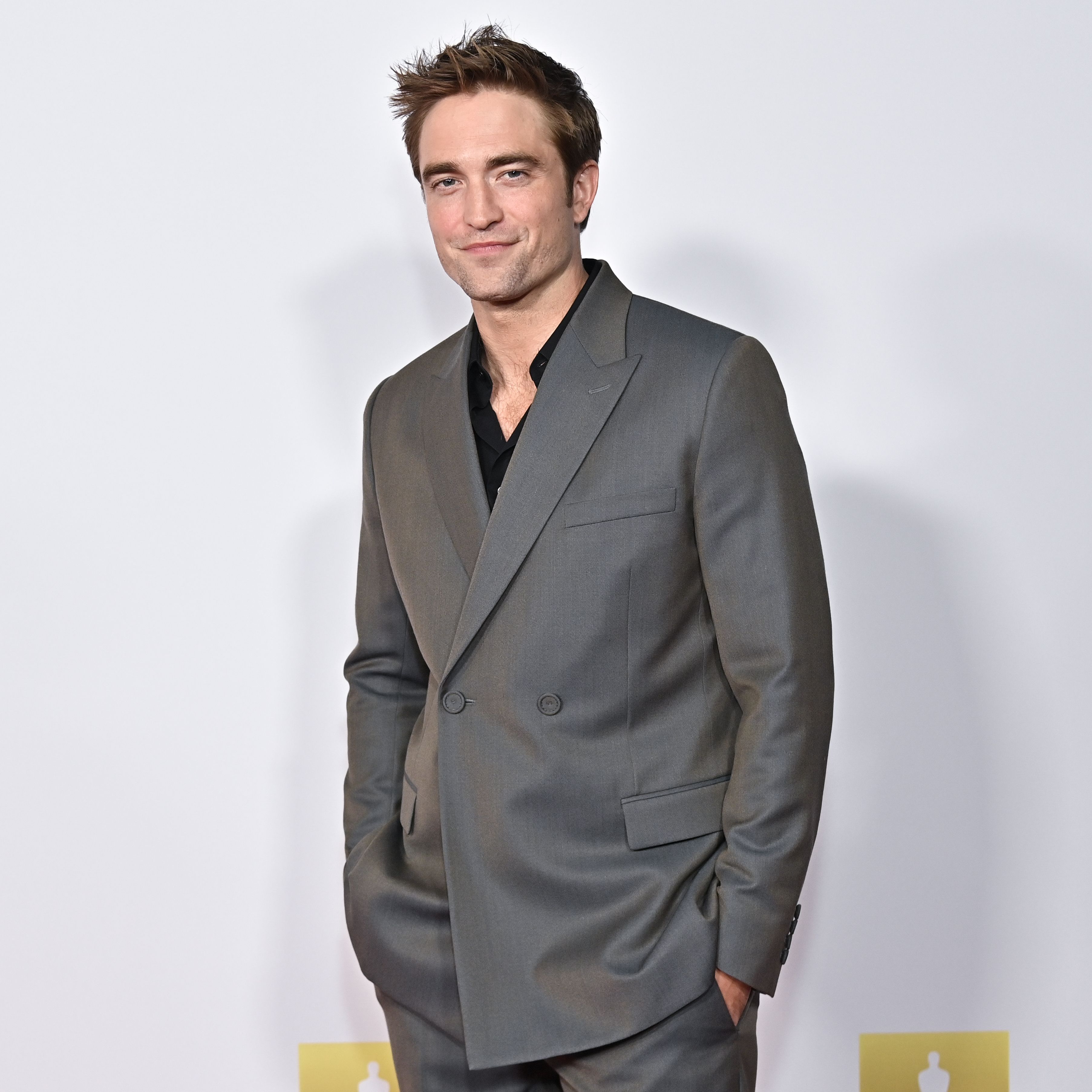 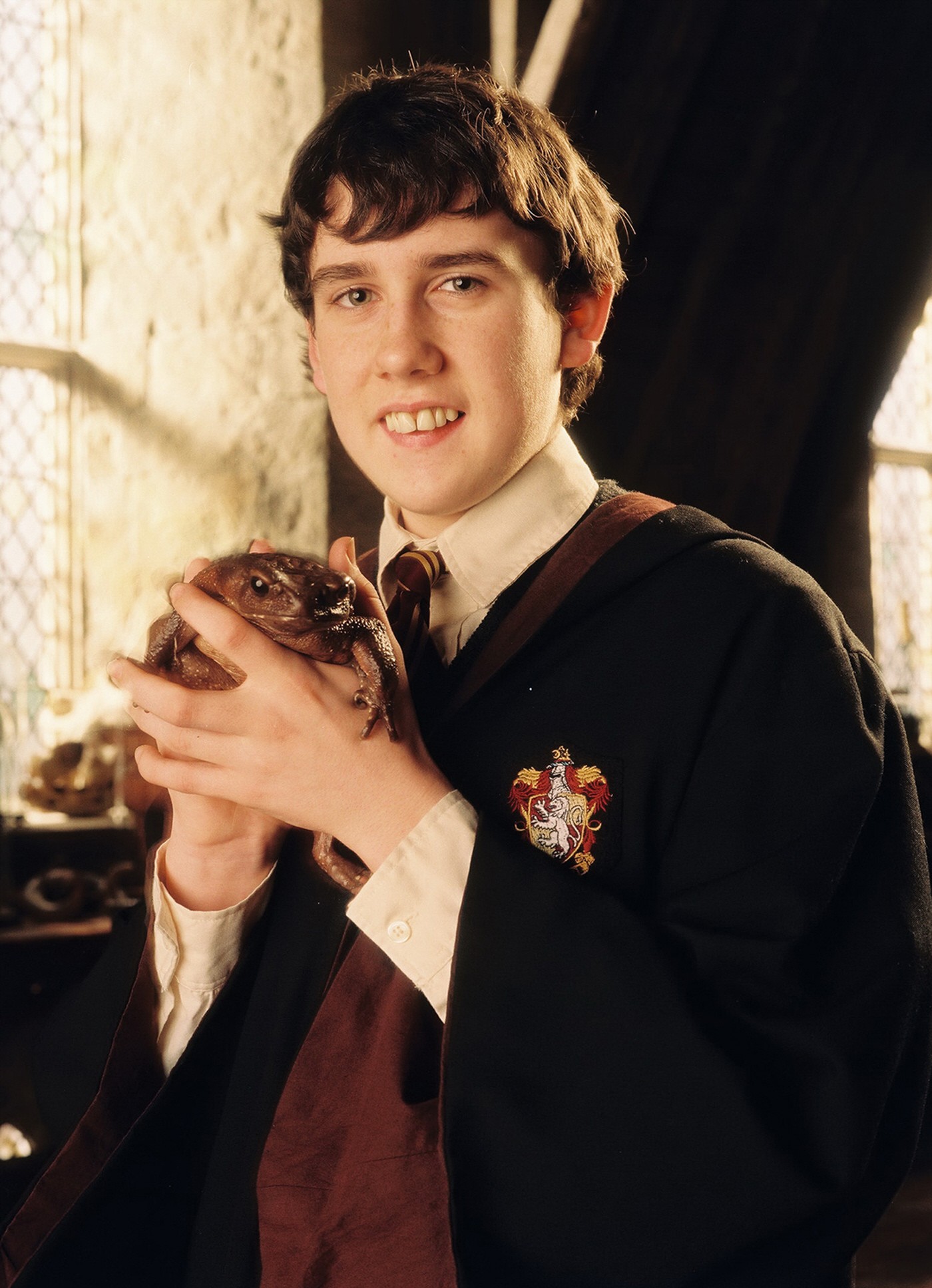 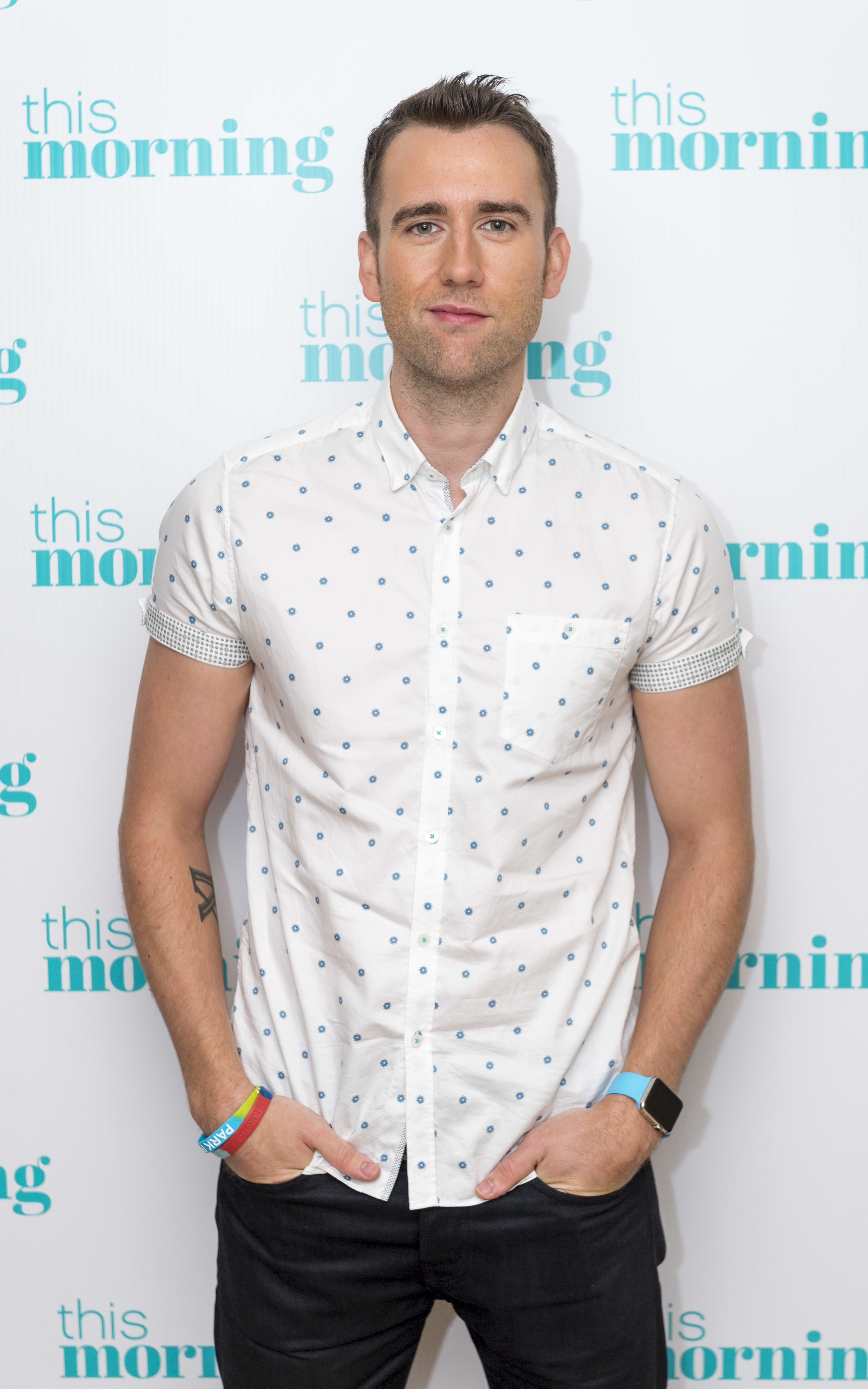 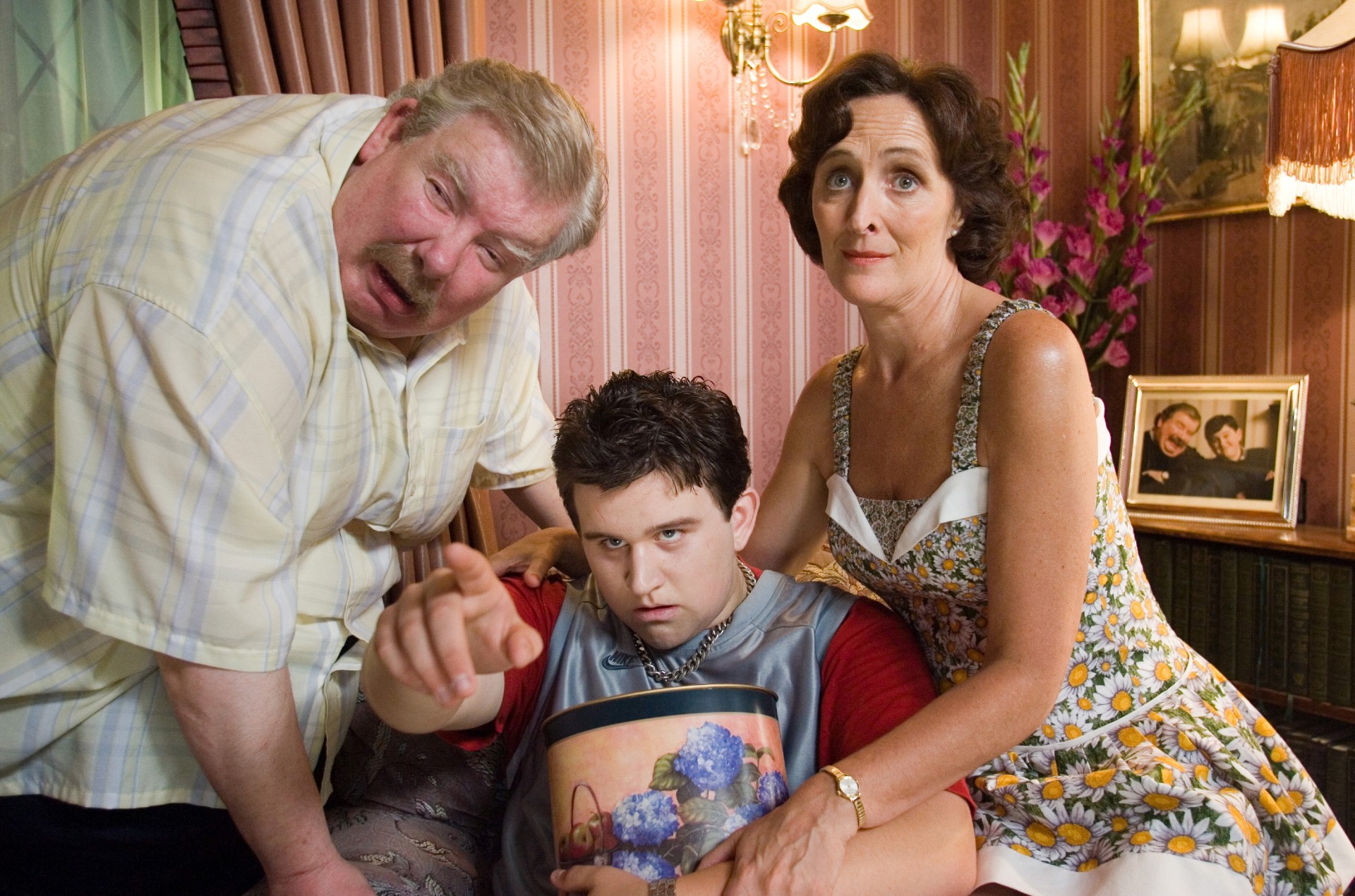 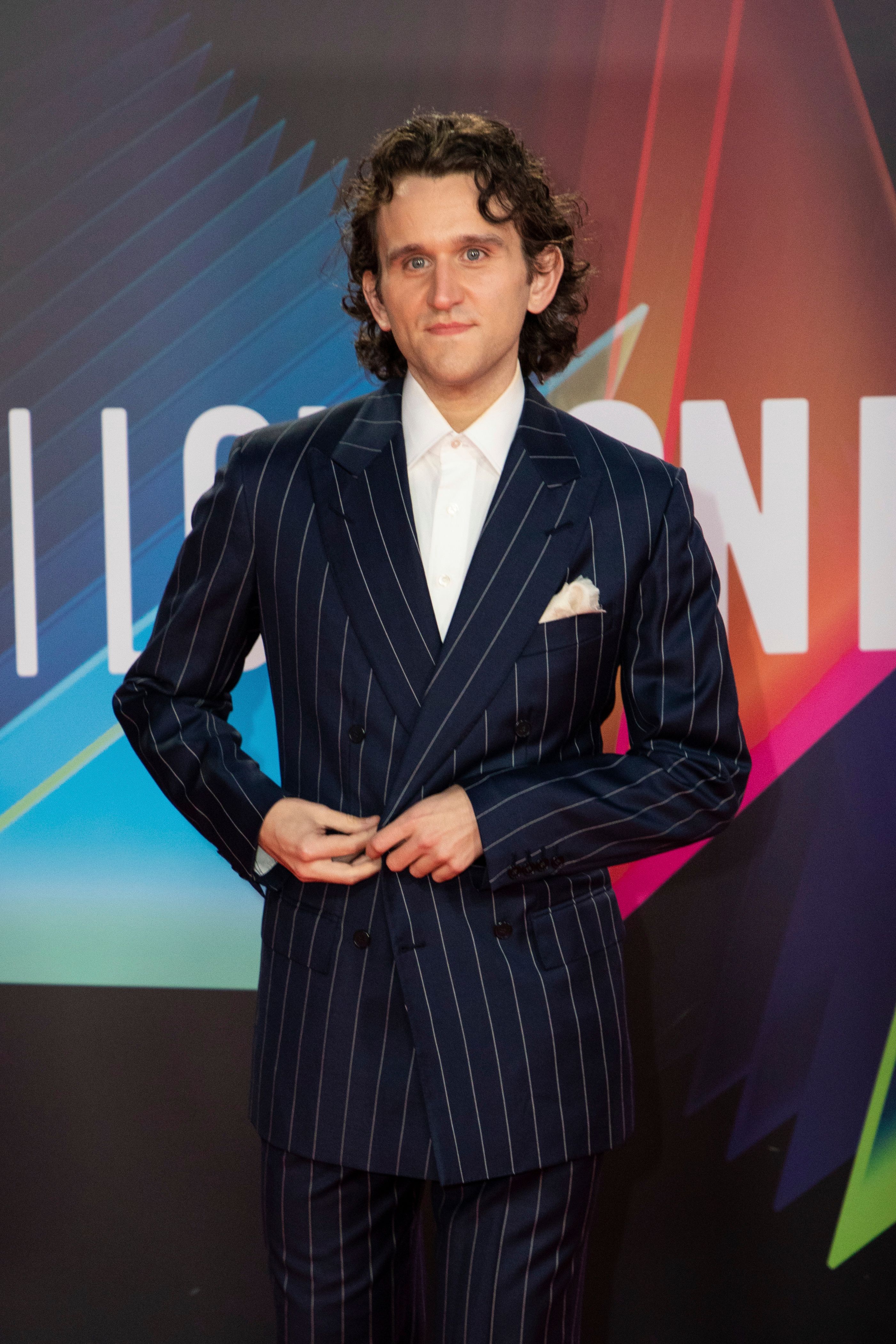 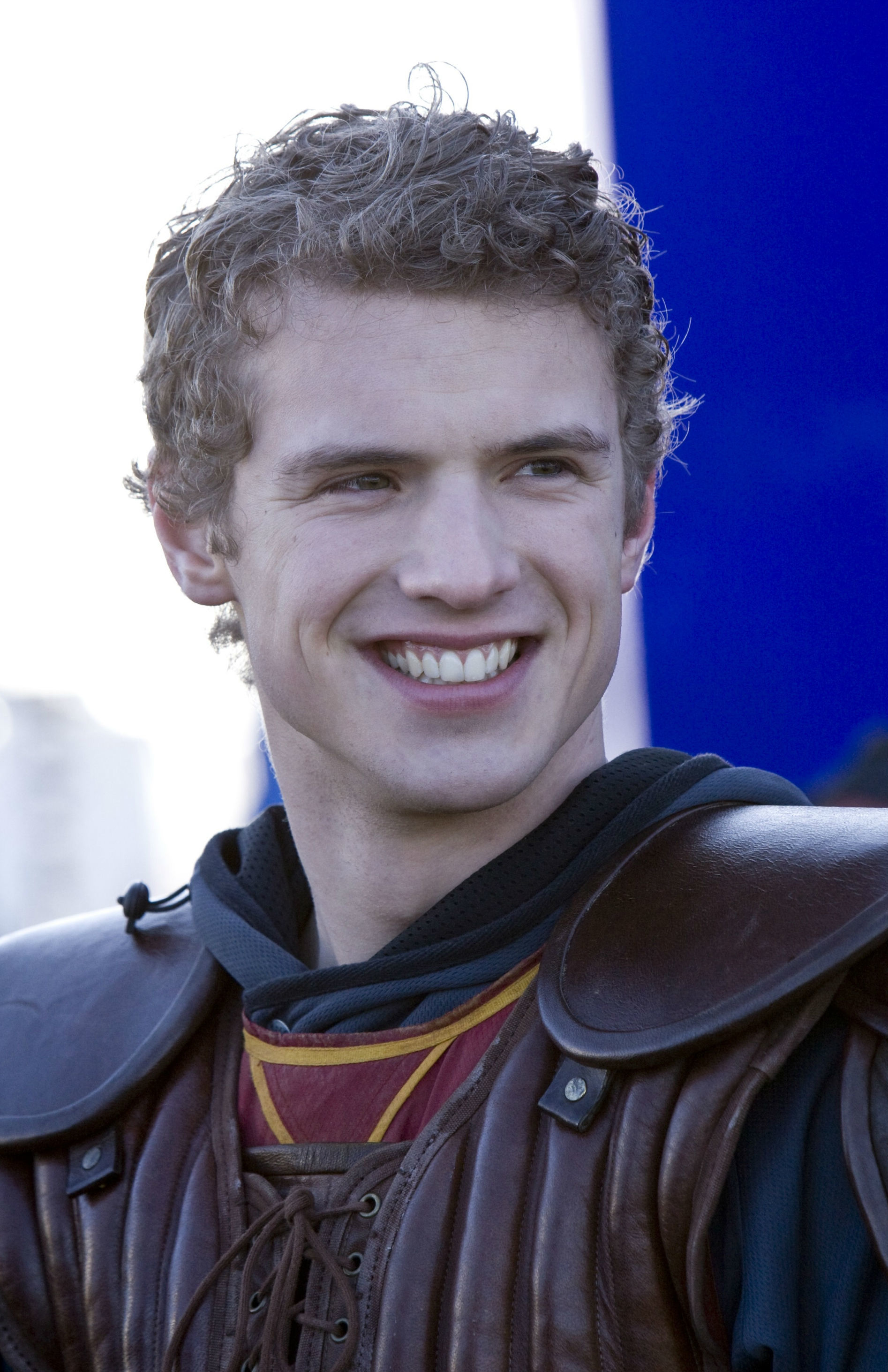 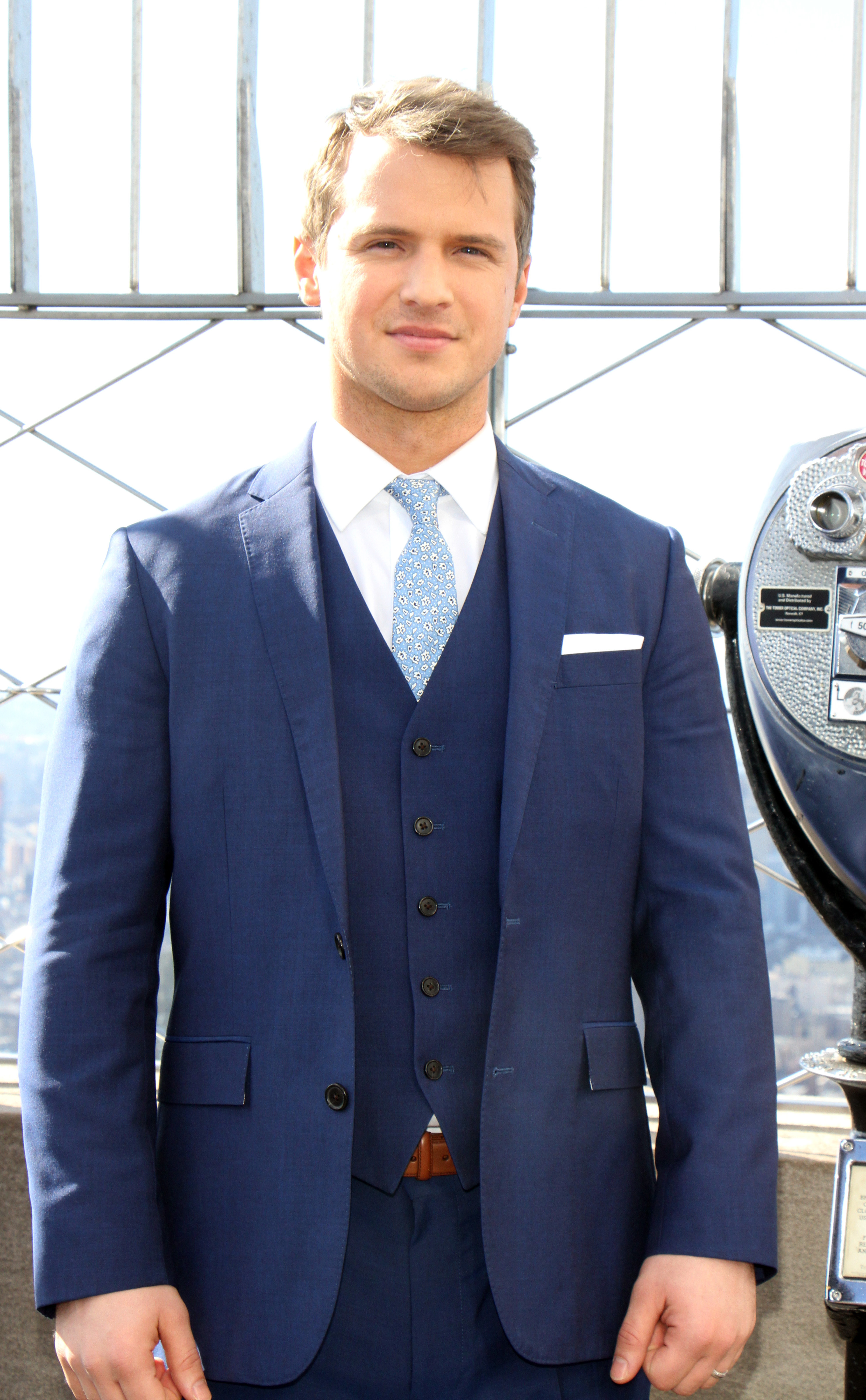 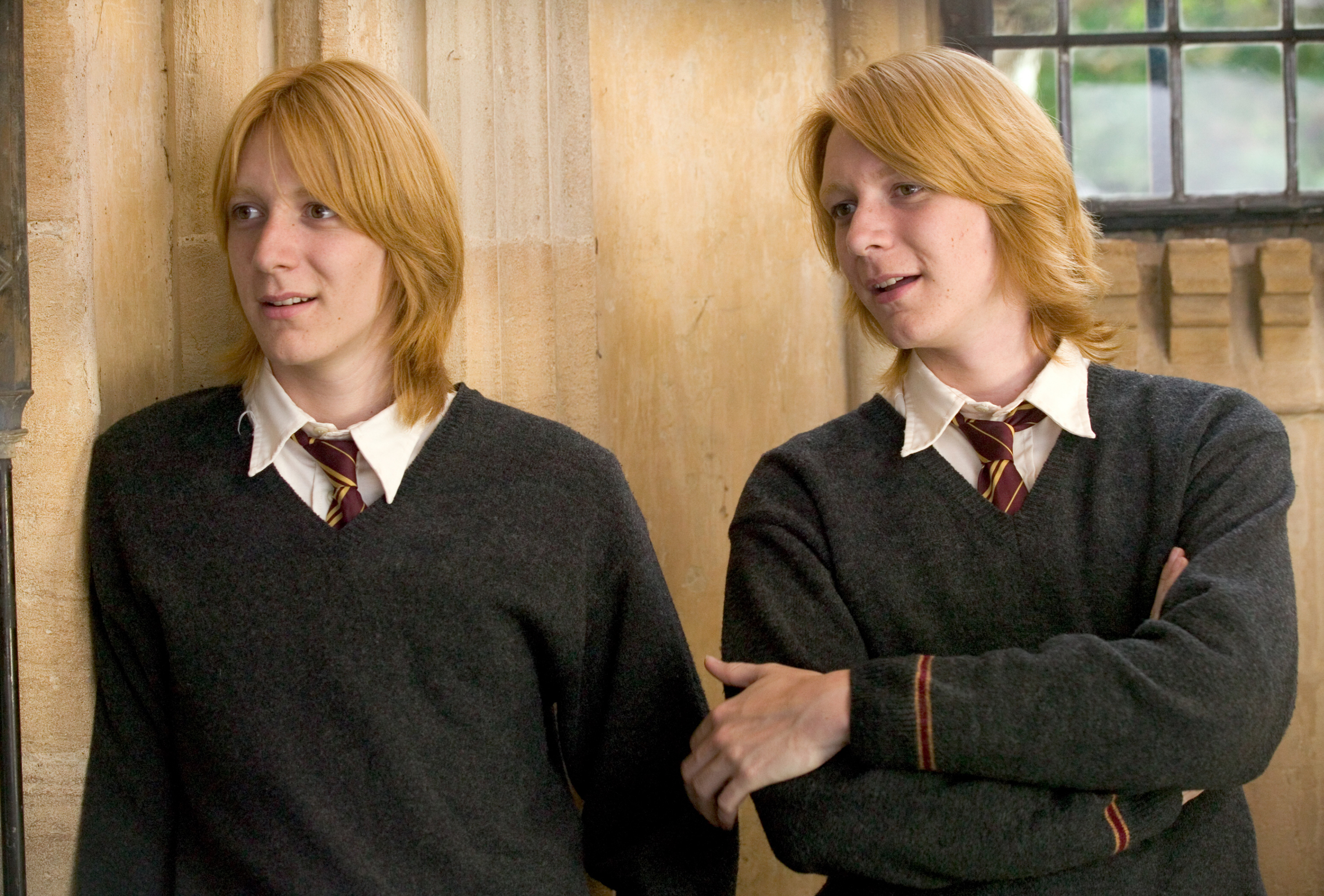 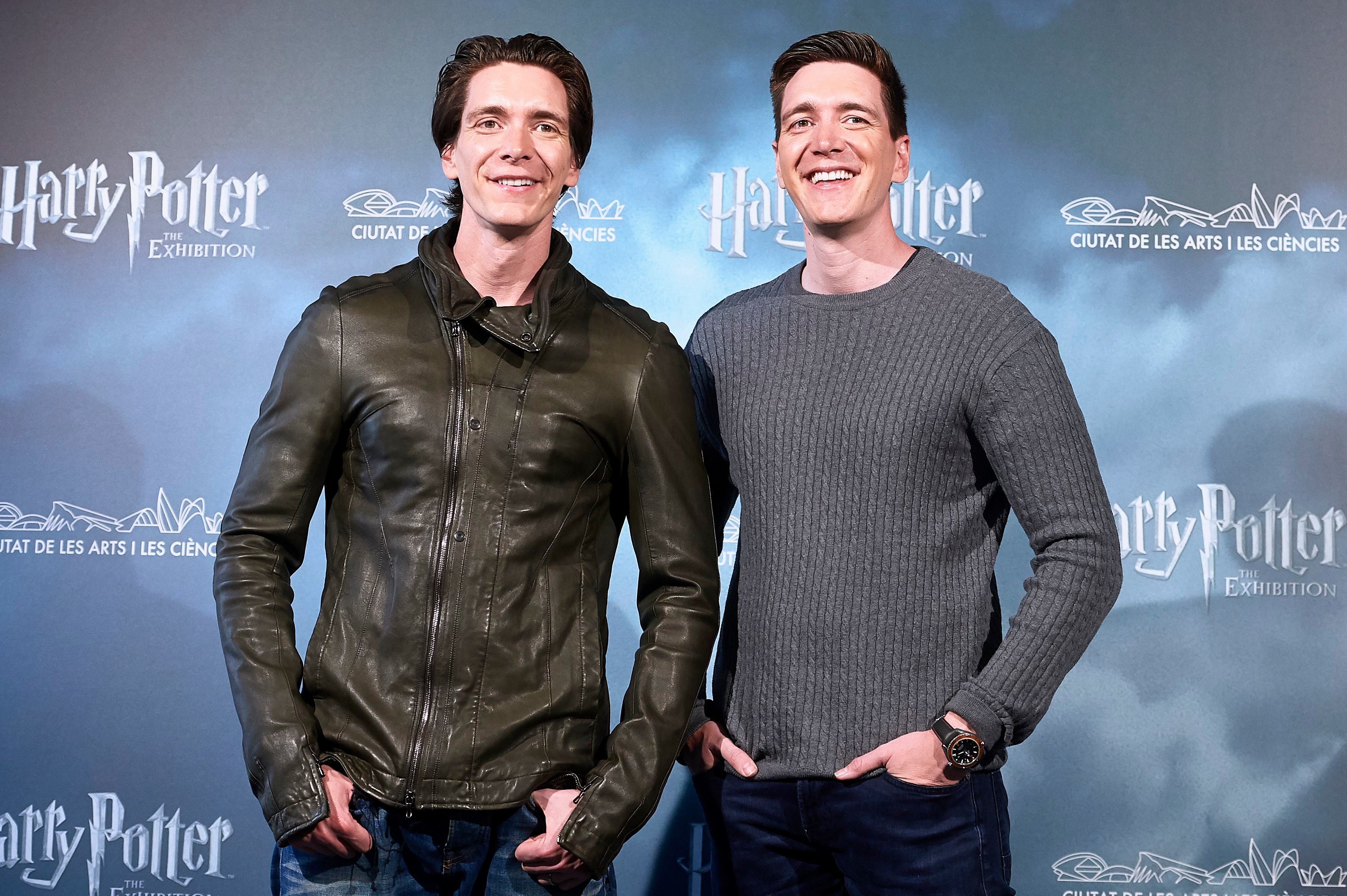 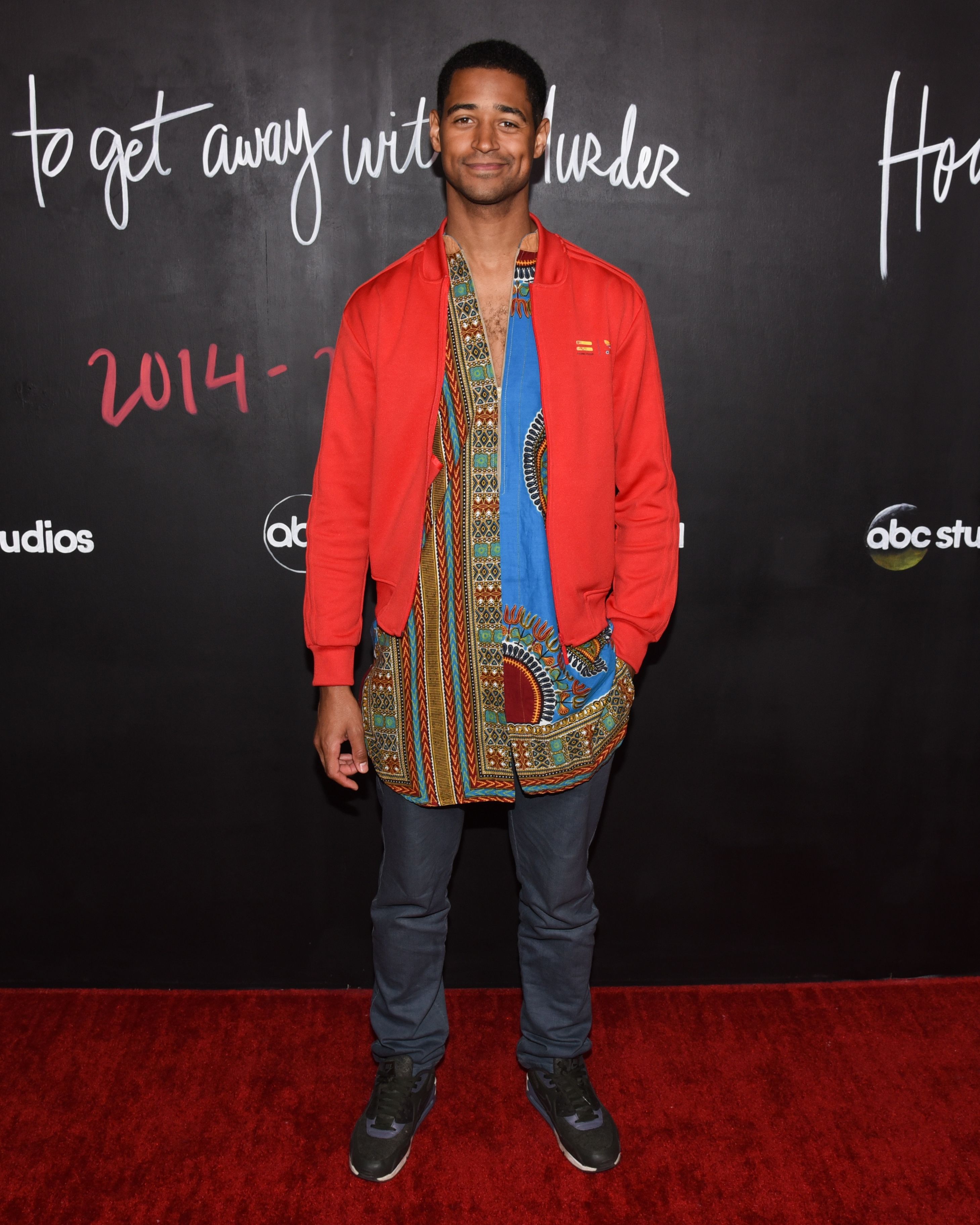 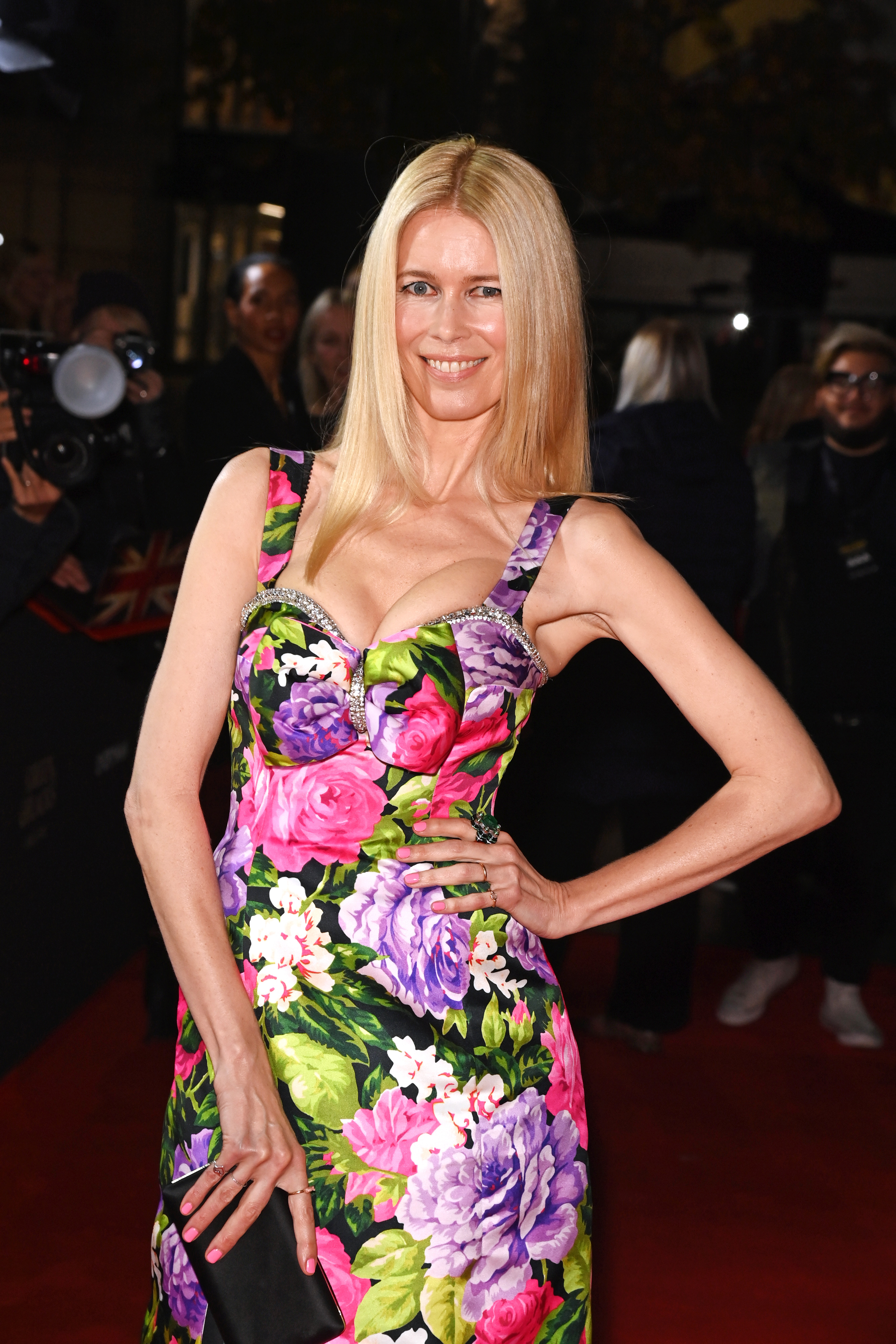