Home » "The Queen Is Unimpressed" with Prince Harry Right Now

"The Queen Is Unimpressed" with Prince Harry Right Now

Prince Harry is still dealing with backlash from the royals, who are reportedly less than thrilled that he compared his life in England to being “a mix between The Truman Show” and “being in a zoo” during a recent Armchair Expert podcast interview. And apparently his grandmother Queen Elizabeth is particularly bothered.

“The queen is unimpressed with Harry’s latest interview and found it hurtful. It hasn’t done their relationship any favors,” a source tells Us Weekly, also adding that Prince Charles and Prince William are “livid too.”

“It definitely hasn’t helped with healing the rift,” the source adds, explaining that the royals don’t want to “engage” with Harry’s comments because “they feel it was thoughtless and irresponsible of Harry to once again shade The Firm so soon after Prince Philip’s death, while the queen is still mourning the death of her husband.” 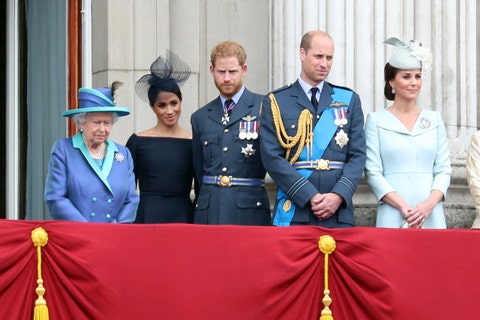 It should be noted that the Queen “still has a soft spot for Harry” despite the drama, and is kinda annoyed with Charles. “With the way things are going, Charles may never forgive Harry, which hasn’t gone down well with Elizabeth,” a source, who’s apparently on first-name terms with the queen lol, previously explained. “Elizabeth is proud of William for taking the dignified approach, unlike Charles, who still hasn’t forgiven Harry for dragging his name through the mud.”

P.S. royal reporter Katie Nicholl told ET that “When Prince Charles was asked if he was aware of his son’s podcast today on an engagement, he pointedly refused to answer.”

You love all the deets on royal news. So do we! Let’s overanalyze them together.