The Real CANCELED after eight seasons

Fox Stations Group decided not to renew the Emmy-Award winning panel show for a season nine, Variety reported on Friday.

The syndicated series premiered in 2013 and has seen a rotating roster of hosts during its nearly decade-long tenure including Tamar Braxton and Amanda Seales. 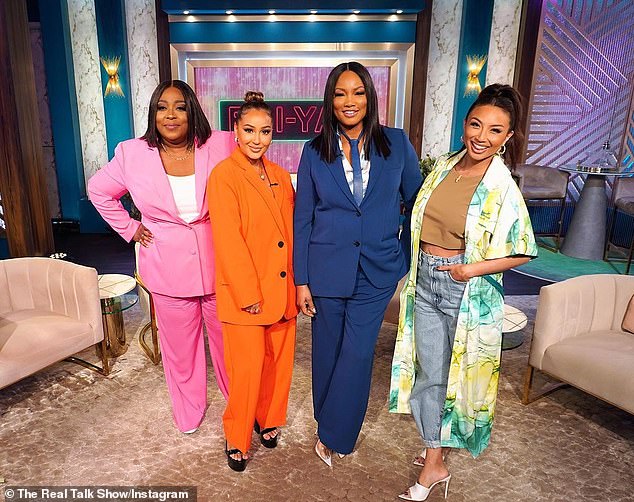 ‘In the end The Real cast & crew did everything we could to scale the show down,’ co-host Loni Love said in a statement. ‘We shot 7-8 shows in 3 days, no audience, made a conference room into a studio, but in my opinion Covid costs killed this show.’

She added: ‘It’s been a great ride and thanks to the viewers for 8 great seasons!’

The current landscape of daytime television options will look far different in the 2022-23 season as several mainstay shows won’t be returning.

Long running staples, The Ellen DeGeneres Show, The Wendy Williams Show, Maury, The Doctors and Dr. Oz are all ending. 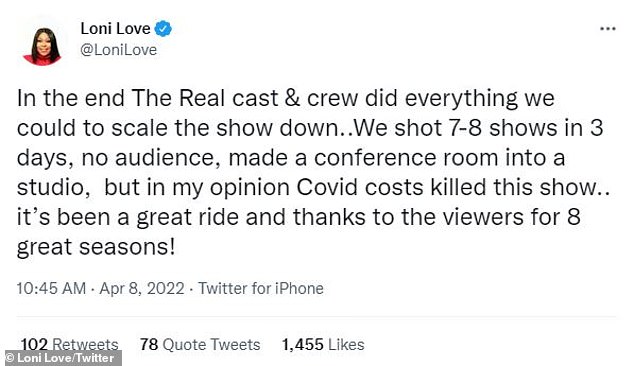 Speaking out: Loni Love is the first of the hosts to speak out about the cancellation, revealing that they tried their best to save the show 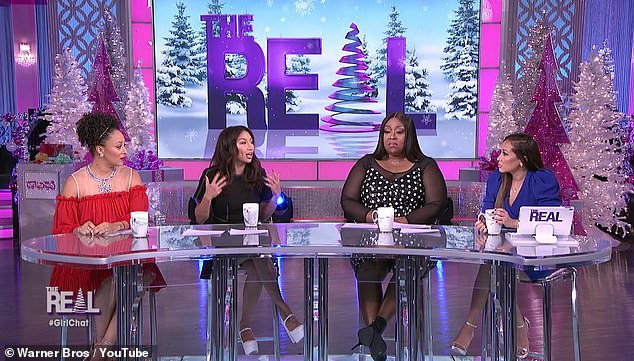 Problems? In 2020, after just six months on the show, former co-host Amanda Seales revealed she left The Real because it was ‘breaking [her] spirit’

Additionally, some newer non-scripted projects, The Nick Cannon Show and The Good Dish have also been canceled.

Tamar departed in 2016 and in 2020 Insecure star Amanda Seales was added to the cast as a replacement. Her tenure was short lived, however, and she left after just six months.

Tamera left shortly there after and was then replaced by RHOBH star and actress Garcelle Beauvais.

Following Seales’ exit, the actress did not have kind things to say about her time on the show.

‘I left The Real because it was breaking my spirit… I was being asked to not talk about certain things that felt like a betrayal to my people and to me as a person,’ she explained to comedian Godfrey in a contemporaneous Instagram live. 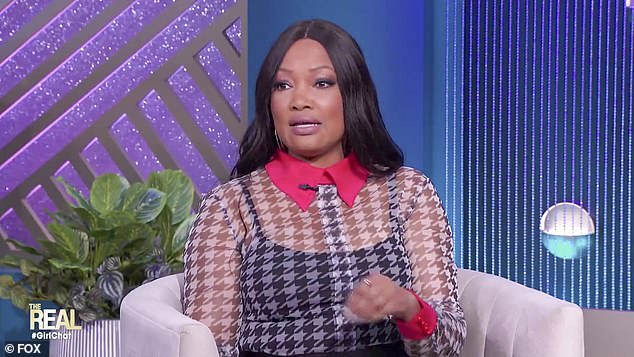 Shuffling: When The Real first premiered, it featured a panel of five female hosts: Tamera Mowry, Jeannie Mai, Tamar Braxton, Adrienne Bailon and Loni Love; Tamera and Tamar have since left and Garcelle Beauvais was added

‘On top of that, I didn’t want to be somewhere that I felt like people weren’t being honest with me and where people felt scared of me because of my Black womanness,’ she added.

One particular occasion on the show raised a red flag in her mind when a White female producer was assigned to help her put together a segment called Smart, Funny and Black.

‘I was so excited to get to play my Smart, Funny and Black game on The Real,’ she said before expressing her concern over the choice.

Seales thought those four Black producers were more equipped to work on the segment.

‘I was like ‘Why are you producing this? and she was like, ‘So and so assigned it to me,’ the Los Angeles native, 39, said of the conversation she had with the White female producer at the time. 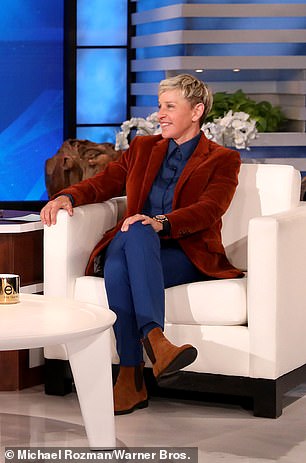 Changes: Long-running daytime shows like Ellen and Wendy Williams will not be returning for a new season

‘And I said, ‘But why would you be producing this? You’re a White woman. You don’t understand what we’re going to be talking about.’

Seales went on to clarify her thought-process about how segments and storylines are typically delegated, along with with her own analogy.

‘You assign the different segments to people who are going to be able to produce it to the best of their ability. It’s like if we were doing a segment on the Sabbath dinner, [and] she was the one Jewish person on staff, she should be in charge of that segment because she has the most expertise on that.’

She went on say, ‘I couldn’t stay in a place like that.’

While many well-known daytime shows will be absent next season, shows like The Kelly Clarkson Show and The Drew Barrymore Show have been renewed.

‘I am honored and grateful but I also want to take this show higher and continue to innovate and be a game changer in the daytime space,’ Barrymore, 47, said in a statement after her series was renewed for season three.

The new season of Drew will change format and be produced as two half-hour episodes and affiliates will have the option of running them back to back, or in two separate sequences with the first 30 minutes following local newscasts on all CBS stations.

Meanwhile, Jennifer Hudson  and Sherri Shepherd will be among the hosts of a crop of shows arriving on the scene as well.

The Jennifer Hudson Show is ‘positioned to be the new flagship’ at Fox Television Stations once Ellen DeGeneres ends her 19-season run later this year, according to Variety.

Sherri’s eponymous series will replace The Wendy Williams Show. The daytime vet has been guest hosting for Wendy since the star has been out on medical leave. 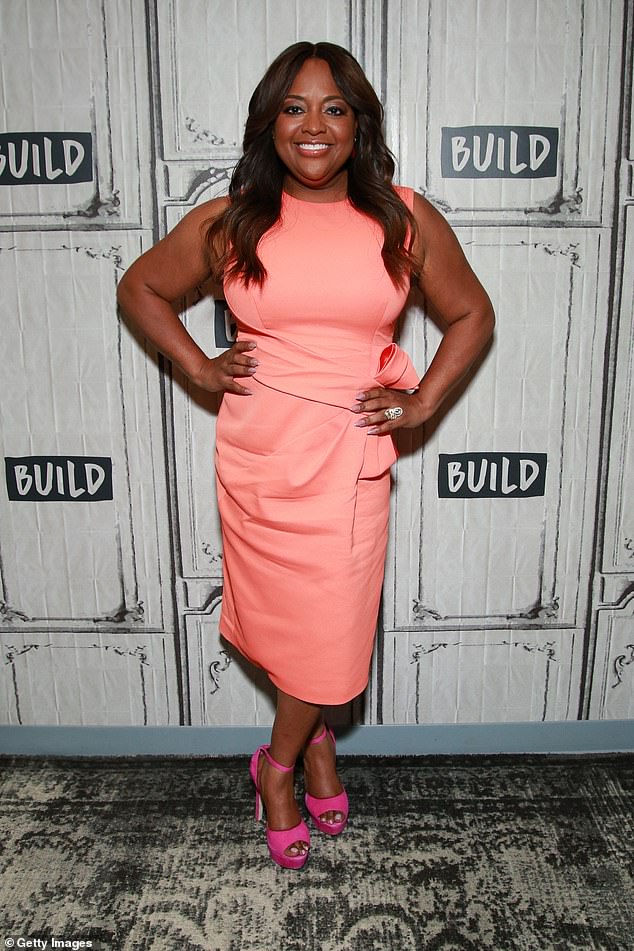 Fresh perspectives: Sherri Shepherd will replace Wendy Williams with her eponymous talk show and singer Jennifer Hudson will get her own show to fill the hole left by Ellen