Despite coming from a famous family, Bella Kidman Cruise generally avoids the limelight.

So when she posted a rare selfie, fans took notice.

The daughter of superstars Tom Cruise and Nicole Kidman, 28, wore a t-shirt with Bill Murray’s face photoshopped on Stone Cold Steve Austin body’s in the photo. 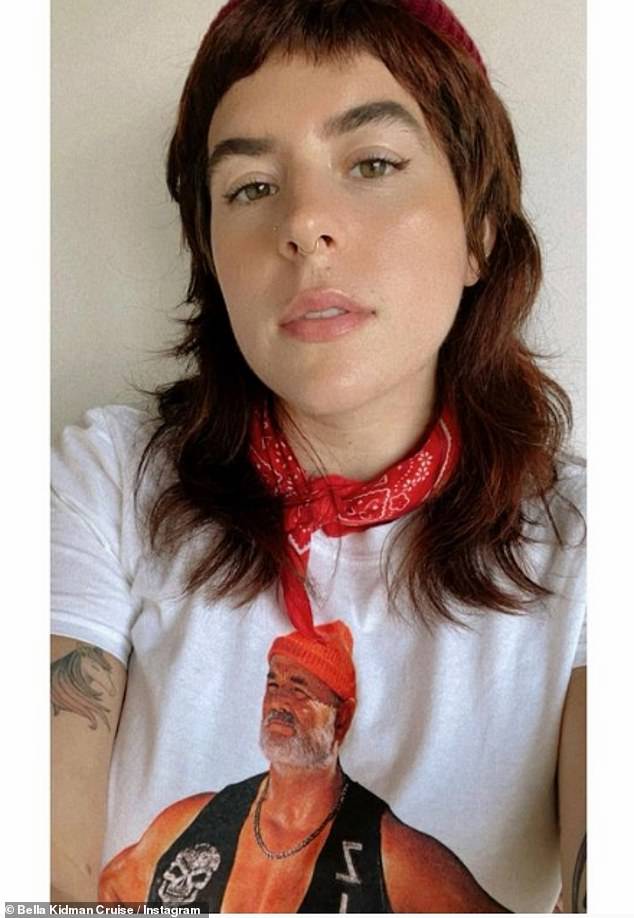 A rare appearance: Despite coming from a famous family, Bella Kidman Cruise generally avoids the limelight

She wore her red hair down straightened down the sides and down past her shoulders.

Her bangs were cut short, and she donned a red beanie. She wore a nose ring through her septum.

She captioned the photo with a very simple smiling cowboy emoji.

Bella is Kidman and Cruise’s adopted daughter along with her brother, Connor. They adopted the two children in 1995 while they were still married. The couple divorced in 2001 after 12 years of marriage. 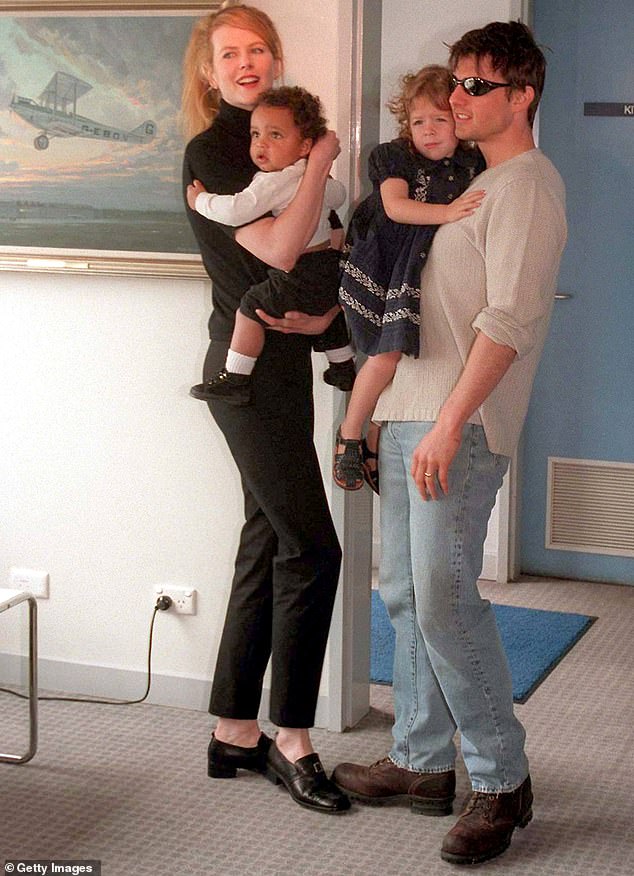 The good old days: A young Bella and her brother Connor with their adoptive parents, Nicole Kidman and Tom Cruise, in 1996

Just like their father, Bella and Connor are Scientologists. Their mother commented on their decision in a 2019 interview with The Sun.

‘They have made choices to be Scientologists. It’s our job as a parent to always offer unconditional love,’ the actress said.

Bella grew apart from Big Little Lies star Nicole after her divorce from the Top Gun star in 2001. 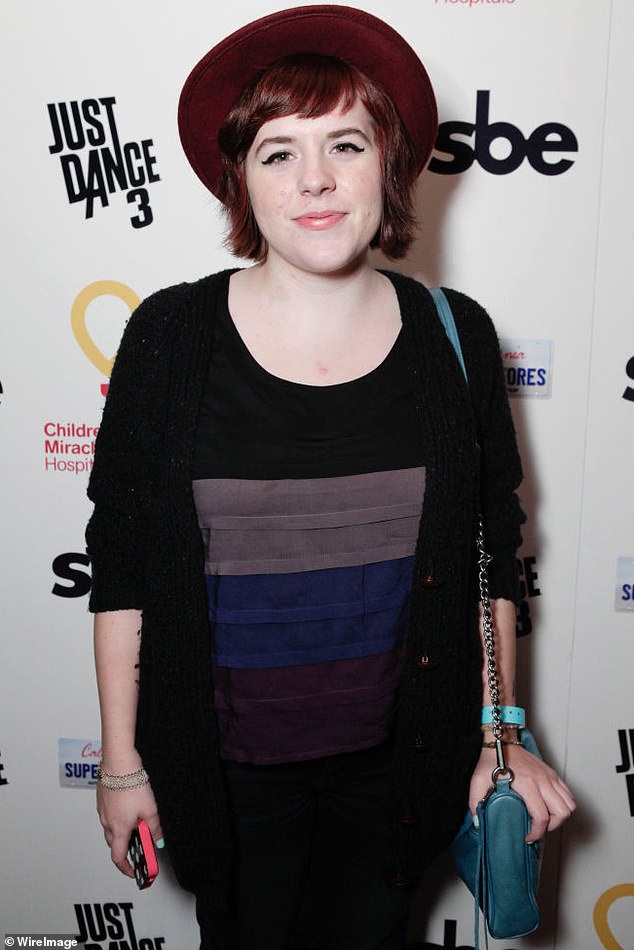 Part of the church: Bella, pictured in 2012, is part of the Church of Scientology just like her father Tom Cruise

However, the mother and daughter pair may be on the road to reconciliation after fans noticed Bella had recently started liking Nicole’s Instagram posts.

A source told New Idea magazine: ‘Bella popping up on Nicole’s Instagram all of a sudden has got lots of people talking. It’s huge, given everything that’s happened between them.’

While Tom and Nicole initially shared custody of their children, it had been previously reported that Nicole had been estranged from Bella and Connor for years. 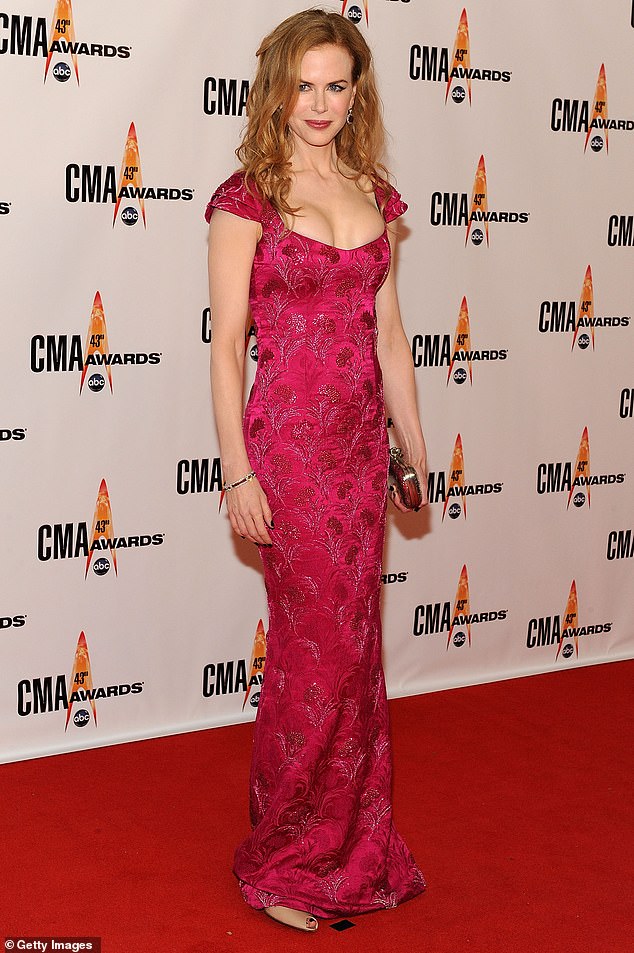 Love no matter what: Kidman opened up about her both of her kids staying in the church in 2019 saying, ‘It’s our job as a parent to always offer unconditional love’ (pictured 2009)

The fact that Nicole is not a member of the controversial religion likely makes her a ‘suppressive person’, or SP.

Scientologists are encouraged to ‘disconnect’ from so-called SPs because they are considered a barrier to spiritual growth.

Nicole did not attend her daughter’s wedding, despite being in London performing in a stage show at the time.

The Moulin Rouge! star has remained largely silent about her strained relationship with her adopted children.

‘I’m very private about all that. I have to protect all those relationships. I know 150 per cent that I would give up my life for my children because it’s what my purpose is,’ she previously told Who magazine. 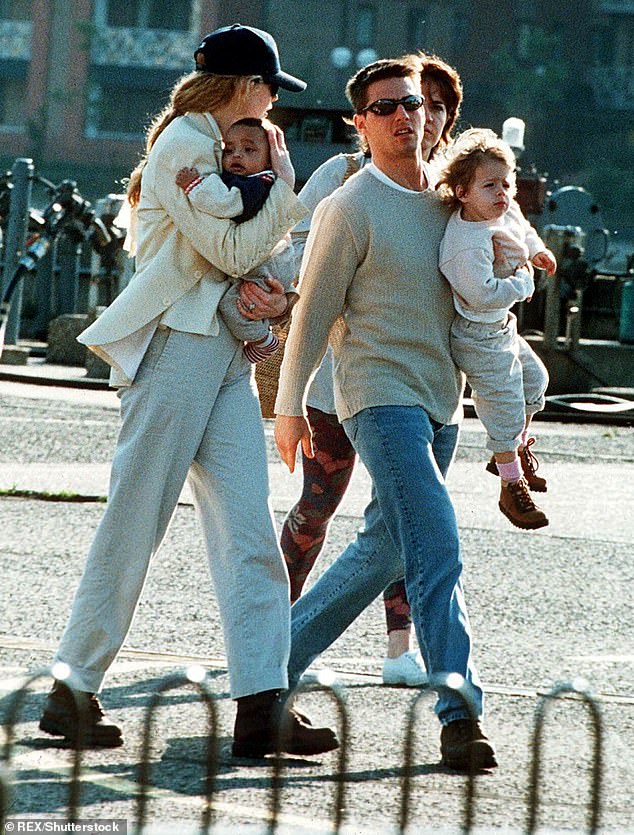 A split family: Cruise and Kidman still keep in contact with their kids though they themselves divorced in 2001 (pictured 1995)