Tristan Thompson is speaking out about the damage caused to his reputation by the woman accusing him of fathering and neglecting her child.

Thompson is suing the woman, named Kimberly Alexander, for libel after she filed a paternity suit last year claiming that the NBA player was the father of her son and that he was refusing to pay child support.

Despite a DNA test proving that Thompson is not the child’s father, Alexander pushed for a second test, and took to social media claiming that the first test was done improperly. 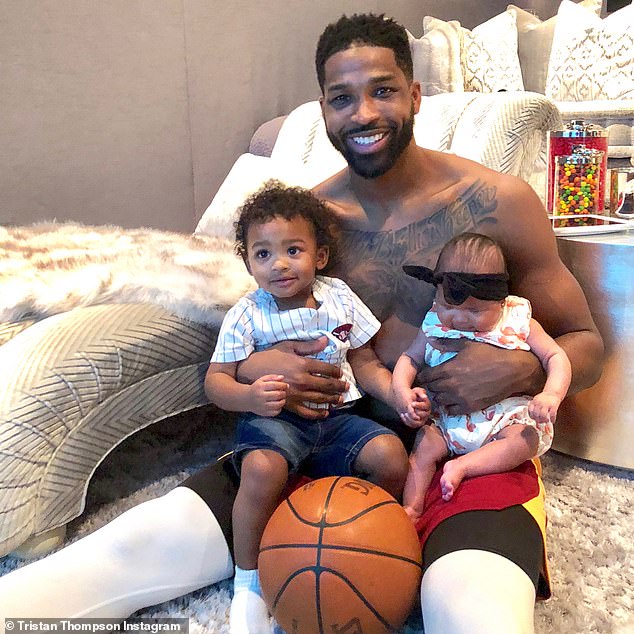 ‘I love my children and take my responsibilities as a father extremely seriously’: Tristan Thompson is speaking out against the woman who accused him of fathering and neglecting her son last year

Thompson followed up with lawsuit against the woman for defamation, for ‘loss of reputation, shame, mortification, and hurt feelings.’.

Now it’s being reported that Alexander failed to turn up to a court hearing in the libel case, despite being served with a notice, and will therefore be hit with a default judgement.

This means the judge will now set a hearing to determine how much to award the NBA star. Thompson has requested $100,000 in damages, plus additional costs.

In legal documents obtained by The Blast, Thompson, who is a father of two, included a declaration in his filing in which he speaks about taking his parenting responsibilities ‘extremely’ seriously and the how Alexander’s ‘deadbeat dad’ claims could impact his career. 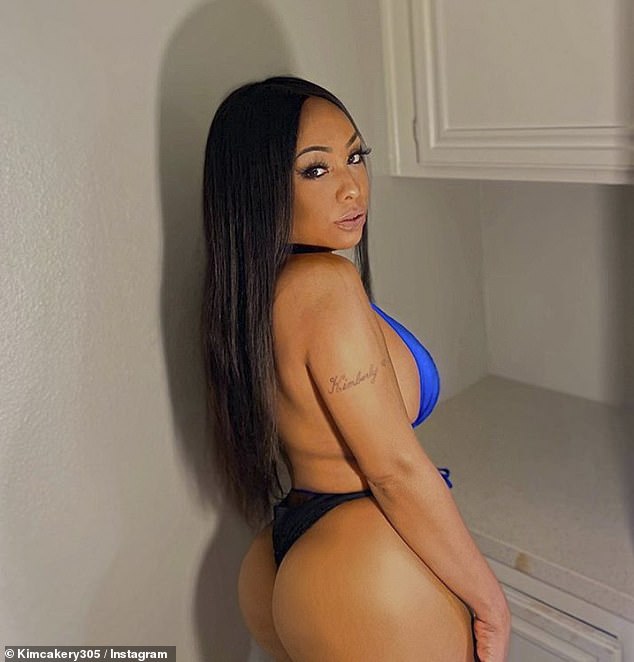 Claims: Thompson was hit with a paternity suit last year by a woman named Kimberly Alexander who claimed that the NBA player was the father of her son and that he was refusing to pay child support 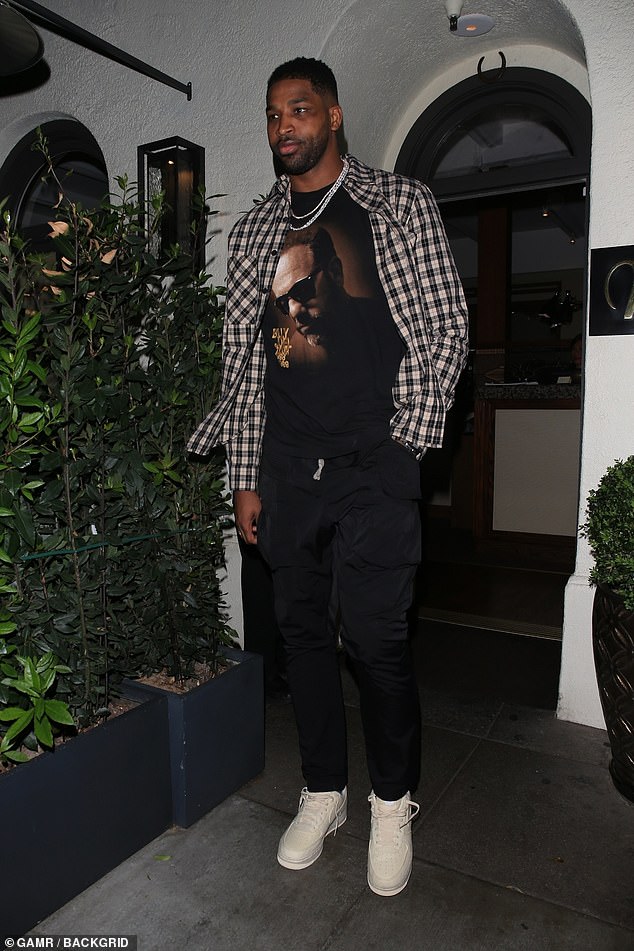 Legal action: Despite a DNA test proving that Thompson is not the child’s father, Alexander pushed for a second test. Thompson followed up with lawsuit against the woman for defamation, requesting damages for ‘loss of reputation, shame, mortification, and hurt feelings.’. The athlete is seen here in 2019

‘I am the father of two young children. I love my children and take my responsibilities as a father extremely seriously. I am involved in my children’s lives and proud to have close relationships with my children and to provide for their needs financially and otherwise.

‘For Ms. Alexander to falsely state that I am the type of man who would neglect his parental duties hurts me emotionally and is incredibly damaging to my reputation.

‘Most of my professional contracts, including my contracts to play with the NBA, gives them the right to terminate my contract in the event I engage in certain behavior or conduct that may cast the team or the brand in a negative light publicly,’ he added in the filing. 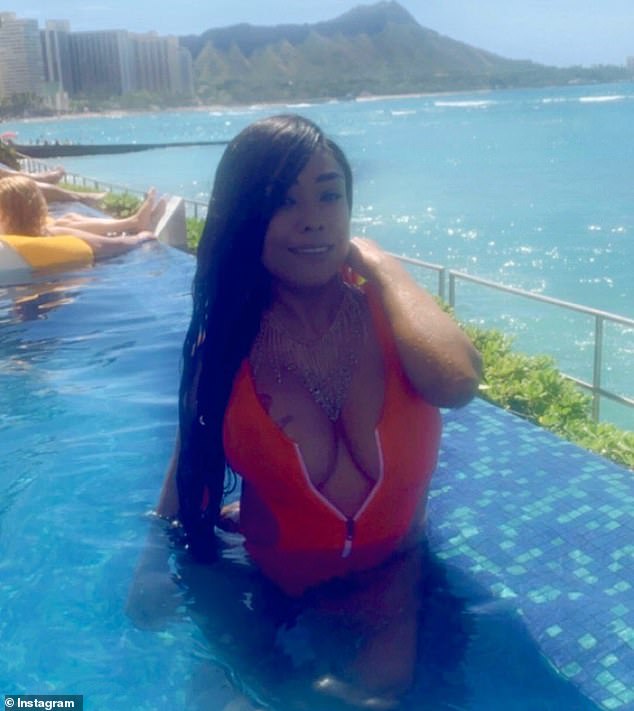 Win for Tristan: Now it’s being reported that Alexander failed to turn up to a court hearing in the libel case despite being served with a notice. So she is set to be hit with a default judgement

‘I have potentially lost out on endorsement deals or other brand contracts, as I have been publicly portrayed as a troubled athlete with whom companies do not want to associate or have represent their brand.’

More than a year ago Alexander went public with accusations that Thompson is the father of her five-year-old child.

Thompson took a paternity test that came out as negative back in January, yet Alexander has continued to claim he is the father of her child.

Alexander also angered Thompson’s on-off girlfriend Khloe Kardashian after insisting the lab the DNA was tested at falsified the results on account of its Kardashian connection.

Thompson fired back at her description in the documents, insisting the test he took was in fact administered by one of the most reputable labs in the country.

Thompson and Kardashian sent Alexander a cease and desist letter, and followed up with a libel lawsuit.

The filing described Alexander as a ‘wannabe social media influencer and pornographic model/performer who is so desperate to achieve her fifteen minutes of fame that she recently fabricated a false claim that NBA star/Cleveland Cavaliers center/power forward Thompson is the father of her nearly five-year-old son,’. 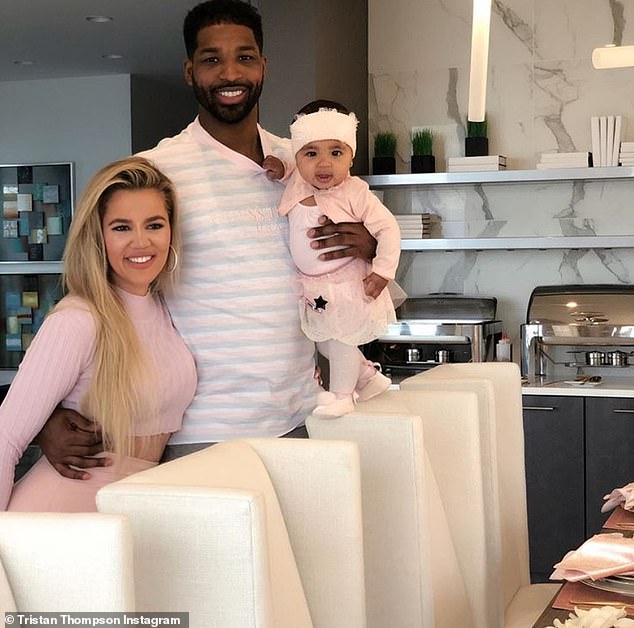 ‘Alexander has persisted in publicly proclaiming that Thompson is her child’s father and she has maliciously accused Thompson of being a deadbeat dad, “neglecting” and failing to take financial responsibility for the child since birth,’ reads the suit, compiled by attorney Marty Singer.

The attorney also quotes the popular Michael Jackson song Billie Jean, which is about a man insisting he did not father a woman’s child.

Sources close to the NBA star say the he did have a one-night stand with Kimberly Alexander but it was a long time ago, around 2011-2012, during his rookie season.

Thompson is father to Khloe’s daughter True, three, as well as son Prince, four, who he shares with ex-girlfriend Jordan Craig. 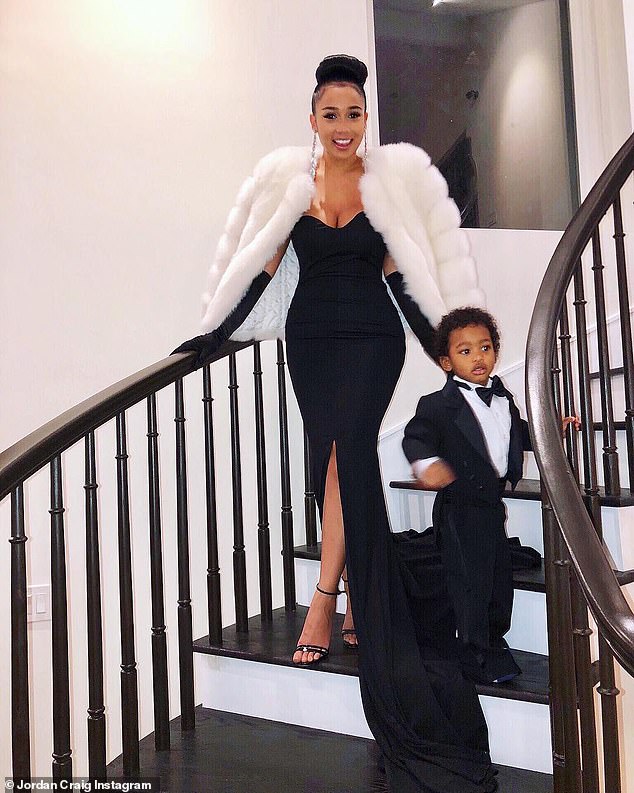