Whenever Vanessa Bryant watched her late husband, Kobe Bryant, showcase his high-flying talents for the LA Lakers at Staples Center, cameras were never too far away, oftentimes looking to see what fashions she was wearing.

And on Friday the former model and philanthropist, 39, was the center of attention when she was spotted during a travel day that began with a commercial flight into John F. Kennedy International Airport in Queens, New York.

On this day, she decided to hit the airways decked out, nearly head to toe, in the luxury fashion house brand, Dolce & Gabbana. 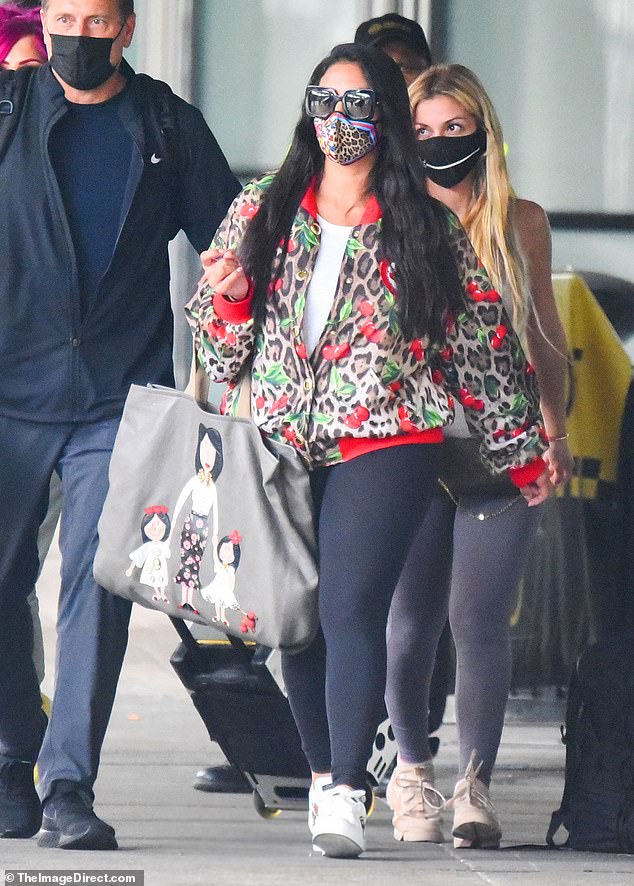 Luxury brand: Vanessa Bryant, 39, was dressed in a Dolce & Gabbana ensemble when she was spotted at John F. Kennedy International Airport in Queens, New York on Friday

Flanked by her entourage, Bryant was seen moments after arriving at JFK Airport dressed in a leopard and cherry print Dolce & Gabbana bomber jacket and black, skin-tight leggings.

She also donned the Italian brand’s white sneakers and animal print face mask, which she kept secured over her mouth and nose amid the still dangerous COVID-19 pandemic.

The Southern California native carried some of her travel essentials in a gray-patterned D&G bag, wore stylish dark sunglasses, and had her raven tresses styled long and flowing nearly to the bottom of her back. 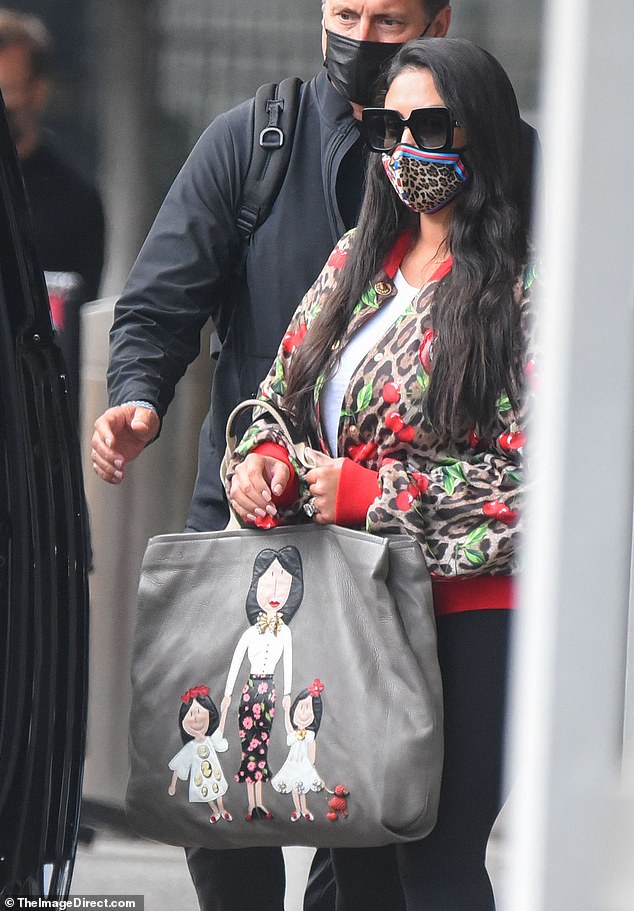 Luxury: Along with her D&G jacket, sneakers, bag and Sneakers, Bryant was also wearing her her massive 8-carat diamond wedding ring, which has been estimated to have cost $4 million back in 2003, according to the Los Angeles Times

It was also hard to miss her massive 8-carat diamond wedding ring, which has been estimated to have cost $4 million back in 2003, according to the Los Angeles Times.

After flying into New York, Bryant and company made their way to a car and were driven to nearby New Jersey to catch another flight.

The group of no less than six were seen strolling across the tarmac preparing to board the luxury private plane to an unknown destination. 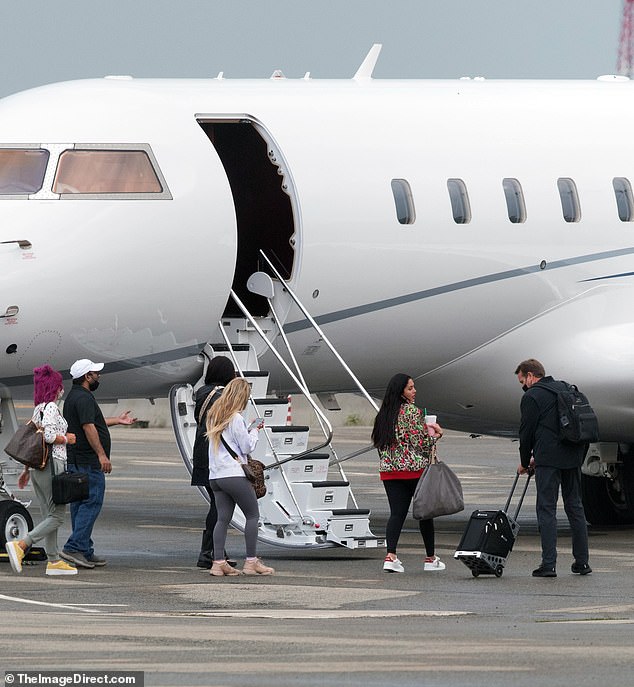 Travel day: Not long later, Bryant and company boarding a private plane in nearby New Jersey

The travel day comes just over a week after Bryant dropped off her eldest daughter, Natalia, on the USC campus in Los Angeles for her first year of college.

The proud mother documented the moment by sharing a photo of herself, wearing a leopard print sweater, snuggled up to her three girls, including Natalia, 18, Bianka, four, and Capri, two.

‘Today was rough. This was before the tears came down. Missing [peace sign] forever. I love you @NataliaBryant BE EPIC and FIGHT ON,’ she gushed in the caption.

The family’s home is in Newport Beach, which is in Orange County, California, while USC is located in Downtown Los Angeles, about one hour away from their spacious house. 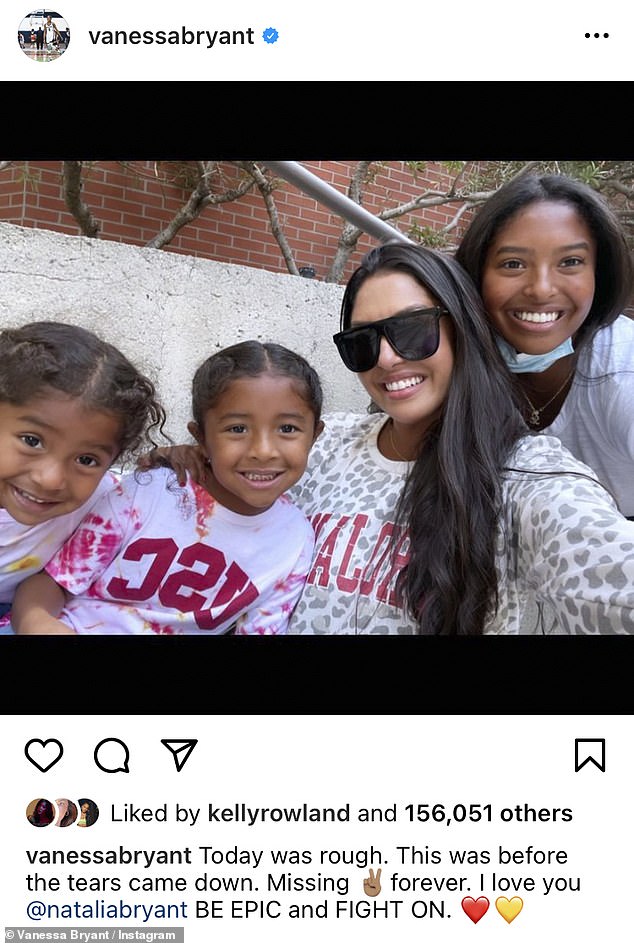 Fight on! Just last week, the proud mother shared a heart melting snap with her children when she dropped her eldest daughter, Natalia, off at USC for the first year of college