‘I invented them!’: Wonder Woman actress Lynda Carter, 70, jokes on social media that she was the first to pose for thirst trap snaps

Lynda Carter, known for starring as Wonder Woman in the hit series during the 1970s, posted a funny tweet on Friday.

The actress uploaded a close-up steamy photo of herself posing in a pool of water with her hair slicked back and sending a captivating look at the camera. She joked that she invented thirst trap snaps.

The star was crowned Miss World USA in 1972 and worked as a singer before she landed the biggest role of her career. 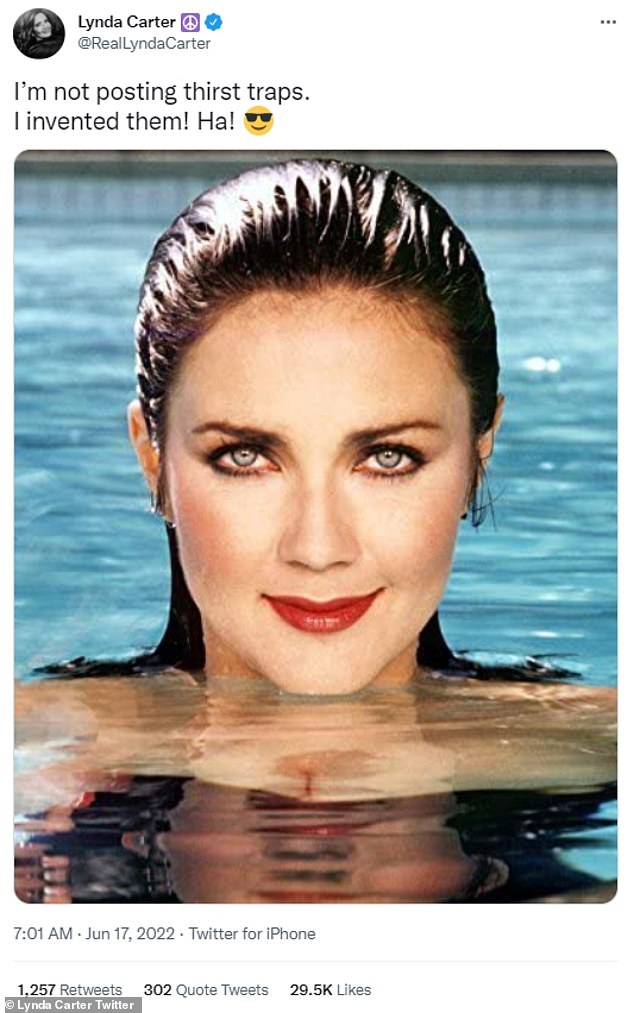 Gorgeous: Lynda Carter, 70, uploaded a funny post on Twitter, joking that she was the one that created thirst traps back in the day

The star posted a photo on her Twitter page along with the caption, ‘I’m not posting thirst traps. I invented them! Ha!’

The picture was taken in 1985, and showed the bombshell beauty posing in a pool, with her bright blue eyes captured perfectly.

Lynda was cast as the role of Diana Prince in the Wonder Woman series that aired from 1975 to 1979. The show was very popular, originally airing on the ABC network, and then moving over to CBS. 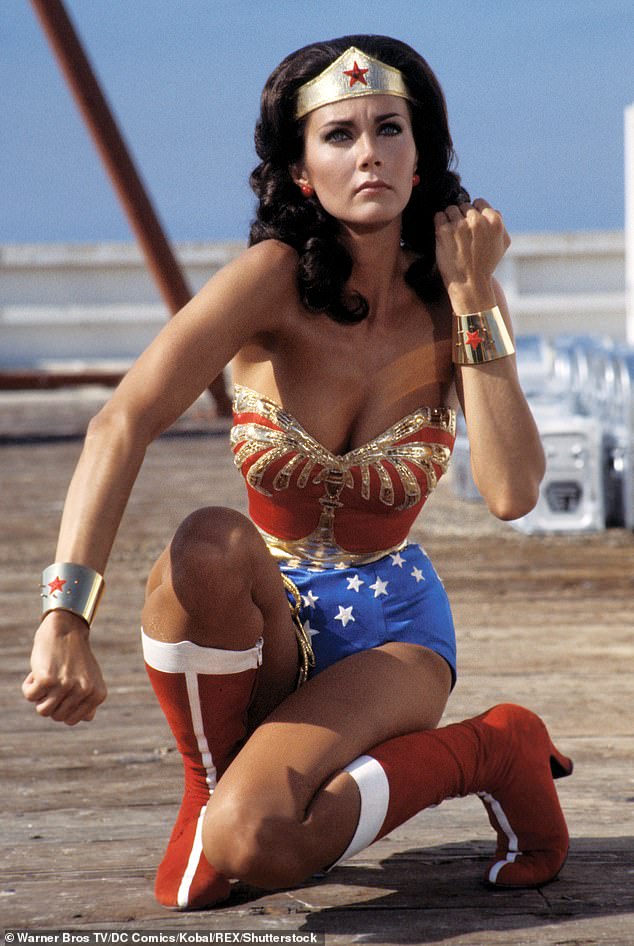 Iconic role: The actress played the title role of Wonder Woman in the series that aired from 1975 to 1979 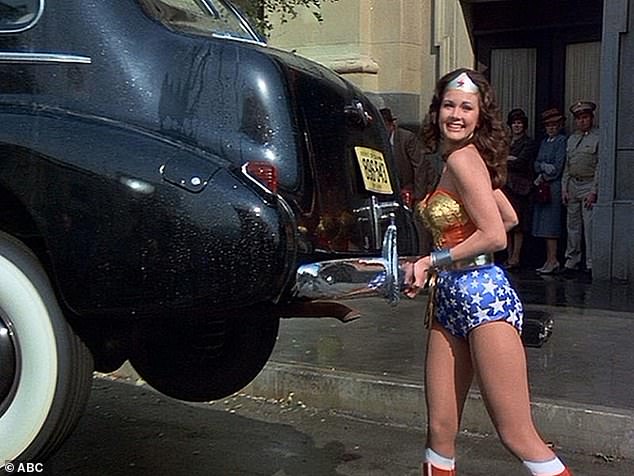 Talented star: The model turned actress smiled as she was playing her character and lifting a car in the hit series

The movie starred Gal Gadot, who played the role of Wonder Woman, alongside other cast members such as Chris Pine, Kristen Wiig, and Pedro Pascal.

The Wonder Woman alum looked to be in her element and happy to be back on the screen, playing the role of Asteria. In the short scene, Carter can be seen walking with the camera following behind her, so her face was not initially revealed.

When a large wooden pool comes barrowing down, almost hitting a family, she nonchalantly puts a hand up to stop the pole from falling. The mother gratefully runs up to her, and Carter turns around, looking glamorous as ever.

When asked how she was able to prevent such a large object from cascading down, Lynda responded with a wink, ‘I’ve been doing this for a long time.’ 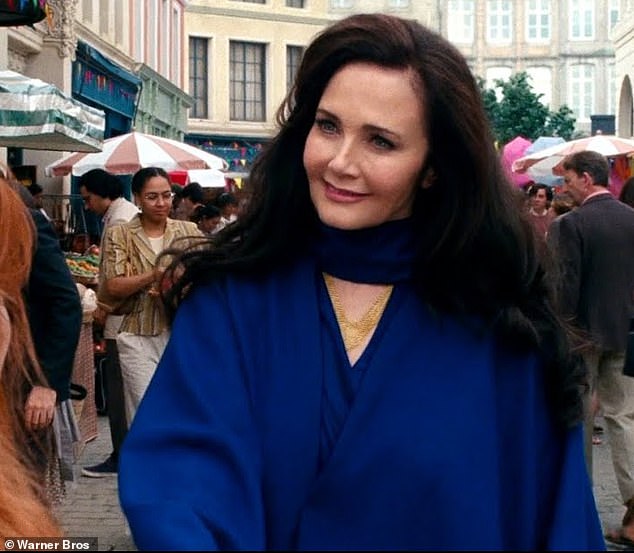 Back on the screen: Carter was able to jump back in front of the camera with a special cameo appearance as Asteria in the 2020 film, Wonder Woman 1984

Life wasn’t always easy for the star before she landed the role of Wonder Woman.

In an interview with People, the star explained some of the hardships that she had been facing up until that moment.

‘Well, when I got the role of Wonder Woman, I had literally $25 in my checking account,’ she stated.

‘I had been on the road as a singer ever since high school, and I’d saved up money and I had run out of money.’ 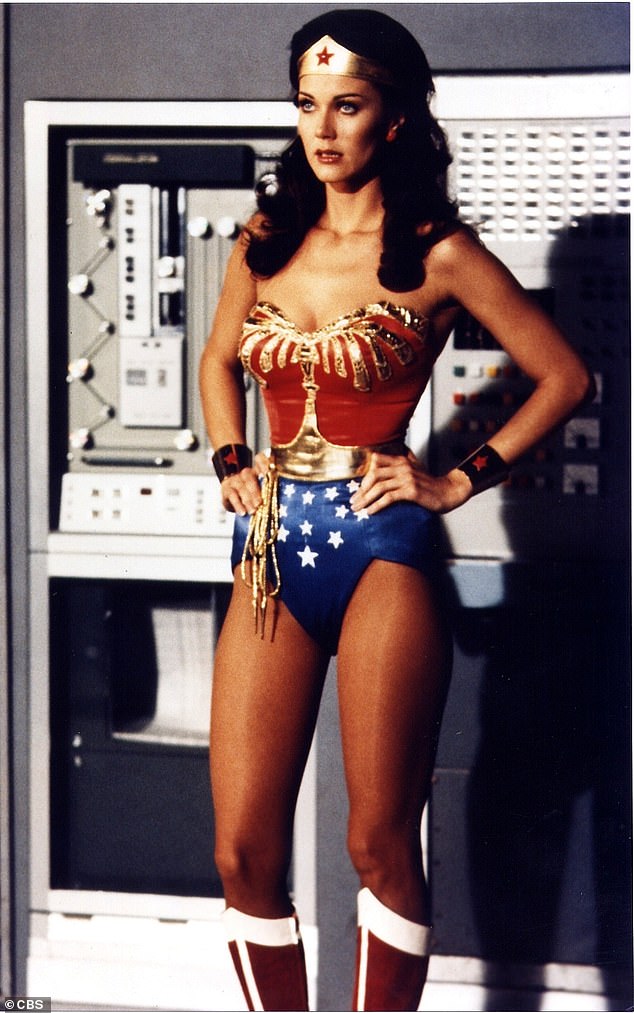 Humble beginnings: Before her shot to fame, the star only had $25 to her name when she was offered the role of Wonder Woman

Although Lynda had only a brief scene in the 2020 film, the actress will have a larger role in Wonder Woman 3.

Gadot was incredibly thrilled to have the opportunity to work alongside Carter on the films.

In an interview with The Hollywood Reporter, the actress stated, ‘First of all, Lynda has mentored me from the very first moment that I got cast as Wonder Woman. She was always there, talking to me, giving me tips and everything.’

Being the original star portraying the superhero, Lynda would definitely have a lot of favorable advice.

Gal also added, ‘I love her very much. I love her dearly.’