Zara McDermott turned heads in a plunging maxi dress as she stepped out for dinner with her boyfriend Sam Thompson and pals at the Ivy Chelsea Garden on Friday.

The Love Island star, 24, looked sensational as she headed for a double date with friends in the silk ankle-length dress.

Zara paired the chic brown and white dress with a pair of nude sandals, which added a boost to her tanned frame. 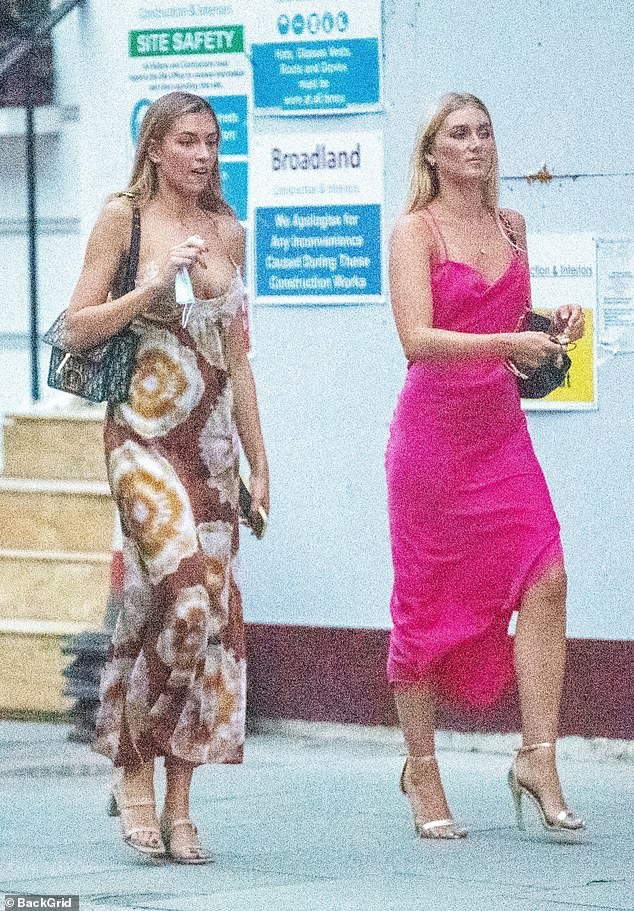 Stunning: Zara McDermott turned heads in a plunging maxi dress as she stepped out for dinner at the Ivy Chelsea Garden on Friday night

Zara toted an enviable Dior shoulder bag but kept accessorises to a minimum so as to let the outfit speak for itself.

She wore her caramel tresses in a sleek straight style and let her locks cascade freely past her shoulders.

The Love Island star strolled along the street with her friend, following closely behind her boyfriend Sam, 28. 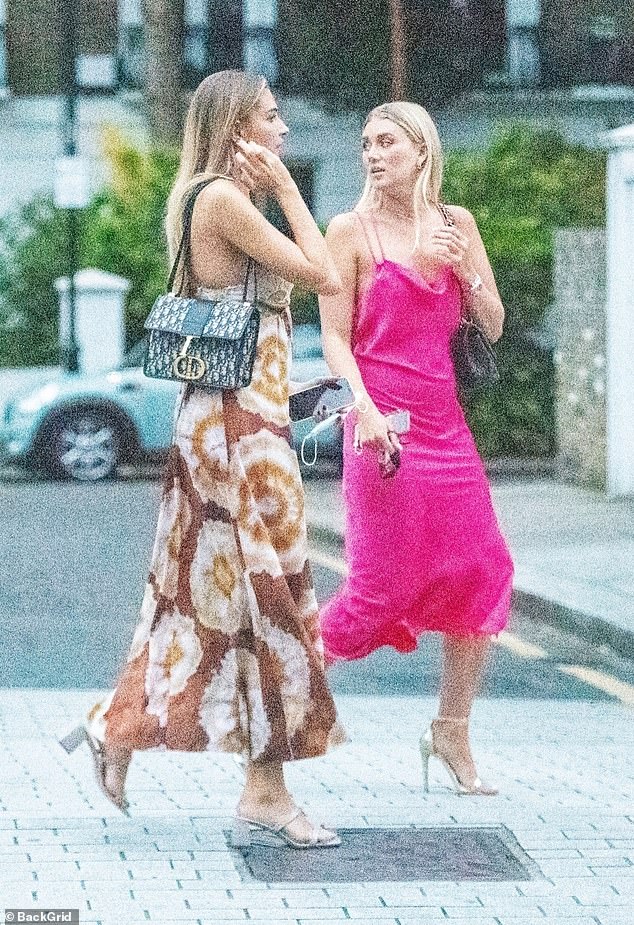 Chic: The Love Island star, 24, looked sensational as she headed for a double date with friends in the silk ankle-length dress 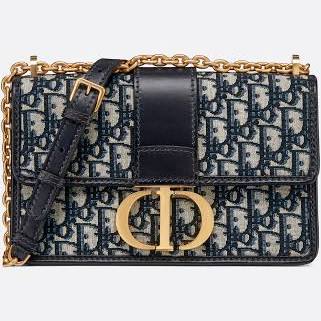 Sam opted for a laidback ensemble in an oversized black T-shirt and jeans.

He completed the look with a pair of light brown Chelsea boots and wore his hair in its usual side swept style.

The outing comes after Zara put out a desperate call on social media last month in a bid to find a place to live while her and Sam’s ‘forever home’ undergoes renovation. 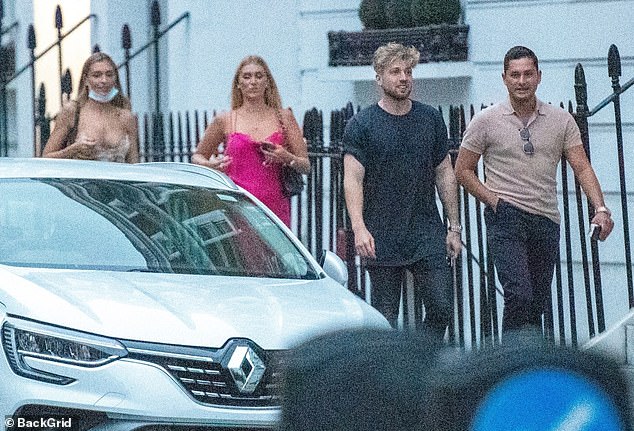 Not hanging about: The Love Island star looked flawless as she strolled along the street with her friend, following closely behind her boyfriend Sam, 28 who walked ahead

But Zara it seemed Zara was all out of luck as Sam later announced on Instagram that they were set to move into his mother’s house together.

The reality stars are having modifications made to their London property and will not be able to move back in until later this year. 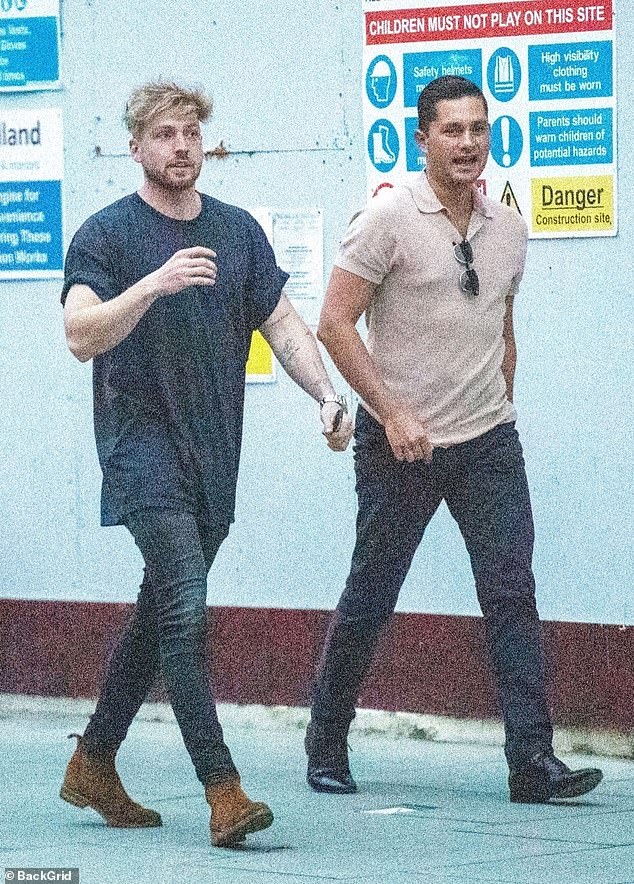 Keeping it casual: The Made in Chelsea star opted for a laidback ensemble in an oversized black T-shirt and jeans and completed his look with a pair of light brown Chelsea boots

‘We are extending the kitchen and the whole ground floor basically so we are being turfed out and we’re going to move in with mum and Louise and Ryan who are also living with mum.

‘So it’s going to be a hectic couple of weeks.’

Sam’s older pregnant sister Louise and her fiancé Ryan Libbey are also staying at her mum’s due to building work in their home, which is next door to Sam’s.

Zara has been decorating the home she shares with Sam in recent months and has been keep her fans up to date with her progress online.

Sam and Zara first began dating in 2019 after Zara ‘slid into his DMs’ and quickly become inseperable.

However, the pair were plagued by scandal when it emerged in August 2020 that Zara had cheated on Sam with a music producer the year before while competing on Celebrity X Factor.

Despite their very public fall out, the couple reconciled in November, and began living together before the first lockdown.