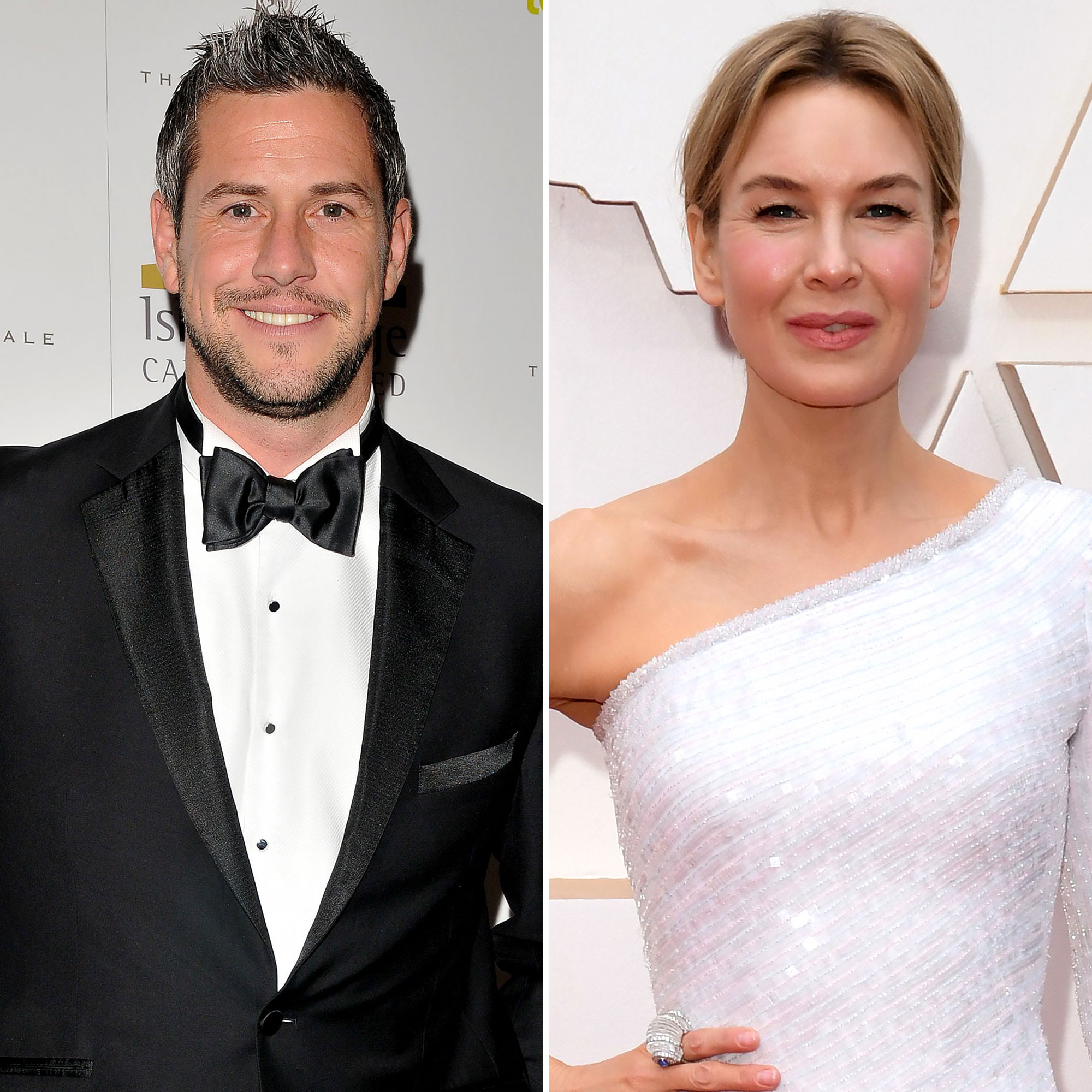 Wait, what? Ant Anstead thought his girlfriend, Renée Zellweger, was British until just moments before they met on Celebrity IOU.

“Did you know that during the filming of Bridget Jones’s Diary, Renée spoke with a British accent even when she wasn’t on set?” Anstead’s cohost, Cristy Lee, told him in the Monday, August 23, episode of their Discovery+ show. “In fact, she kept it up until the wrap party!”

The Wheelers and Dealers star, 42, who met Zellweger, 52, while filming the episode earlier this year, appeared to be shocked that the actress wasn’t English like him.

“Are you telling me that Bridget Jones — Renée Zellweger — isn’t British?” Anstead asked Lee, to which she replied that the Jerry Maguire star was born in Texas.

‘Bridget Jones’s Diary’ Cast: Where Are They Now?

The TV host joked, “You’re like a dream crusher for me.”

“It’s finally here. … The first episode of #CelebrityIOUjoyride is available on @discoveryplus Monday the 23rd!!” he captioned an on-set selfie. “And it’s the incredibly magical Renée Zellweger.”

The Plymouth, England, native and the Chicago actress went public with their relationship over the 4th of July weekend, just weeks after Us Weekly confirmed that Anstead’s divorce from Christina Haack (whom he split from in September 2020 after nearly two years of marriage) was finalized. The Christina on the Coast star has since moved on with Joshua Hall.

Anstead, who shares 23-month-old son Hudson with Haack, 38, was spotted spending time with Zellweger in Laguna Beach, California, over the holiday.

Things between the pair appeared to be moving quickly, with a source telling Us in July, “Renée is already moving things into Ant’s house. He adores her and makes her feel safe.” The insider added that the Judy star has already met Hudson.

Earlier this month, a separate source told Us that the mechanic, who also shares daughter Amelie, 17, and son Archie, 14, with ex-wife Louise Anstead, and Zellweger’s romance is “headed in a positive direction.”

The insider added: “They each feel like they’ve finally met their soulmate.”