The diaries of ministers and their staff would be made public to shine a light on any vested interests gaining access to the state’s lawmakers under a proposal to overhaul Victoria’s integrity regime.

The Centre for Public Integrity’s pre-election road map, to be released on Thursday, details a long list of holes in the state’s anti-corruption and political transparency provisions. 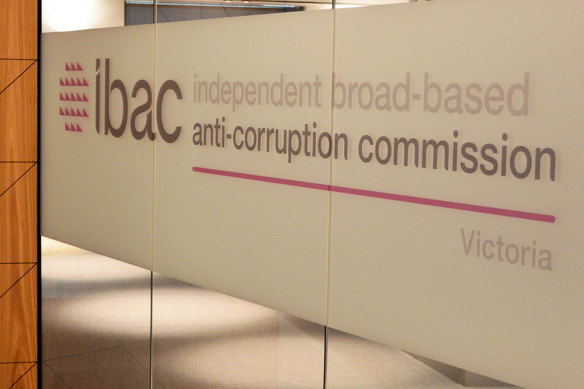 IBAC would get greater powers under the proposed changes.

Among other things, it warns that parliament “must be restored to its rightful place as Victoria’s supreme integrity institution” – and be funded by an independent tribunal

“In Victoria, the executive funds the parliament,” the report says. “This is in conflict with the principles of responsible government, upon which our democracy depends.”

The report says the tribunal should also fund the state’s integrity agencies, including the Independent Broad-based Anti-corruption Commission (IBAC).

“To avoid Victoria’s watchdogs being vulnerable to cuts for biting the hand that feeds them … executive control of the funding of the IBAC, the Ombudsman and the Auditor-General must be removed,” it says.

It comes amid growing calls for greater transparency to ensure public resources are being used appropriately. The Age’s Victoria’s Agenda project identified government integrity and honesty as key issues for voters ahead of the November 26 state election.

Unlike Queensland, NSW and the ACT, Victoria does not require the publication of ministerial diaries.

But the report said ministerial and staffer diaries were an invaluable accountability mechanism that could help the public understand who has access to ministers and the issues they are interested in.

“Considering that ministerial and staffer salaries are paid for by public funds, it is difficult to conceive of any rational basis for refusing their publication,” it said.

The report backs calls to give IBAC sharper teeth to hold public hearings when it’s deemed to be in the public interest and to allow it to investigate non-criminal corrupt conduct.

Victoria’s anti-corruption laws – which are being used by the federal government as a model for the national anti-corruption commission – prohibit corruption investigations from holding public hearings unless there are “exceptional circumstances”, among other restrictions.

But the centre said the condition exposed IBAC to potentially costly and time-consuming legal challenges and should be dumped.

It follows a decision by IBAC last week to launch an injunction that prevented The Age from publishing details from a draft corruption investigation report into grants awarded to a Labor-linked union in the dying days of the last term of parliament.

Following the injunction, IBAC released a statement saying it had asked the government for urgent legislation that would make it an offence for media organisations to report on the content of draft IBAC reports.

The statement also revealed IBAC was unable to hold public hearings as part of the investigation because it “did not meet the IBAC Act’s thresholds to do so”, although it did not elaborate on why the threshold had not been met.

The Centre for Public Integrity said a legal requirement that IBAC have “reasonable grounds” for suspecting criminal corruption had occurred before being able to launch investigations should also be removed. Again, it warned the requirement had left the IBAC open to costly and time-consuming legal challenges.

Calls for an overhaul have been backed by leading integrity experts.

“For Victorians to be able to trust that public power is exercised in the public interest, there must be greater transparency and accountability in respect of the exercise of that power,” she said.

“Restoring its position as guarantor of responsible government is critical in ensuring that IBAC, the Auditor-General, and the Ombudsman can effectively do their jobs”, he said.

Former Supreme Court judge Stephen Charles said Victoria’s integrity and anti-corruption agencies must be independent of government for the public to be satisfied that their decisions and actions are not dictated by outside forces.

A spokeswoman for the government said Labor was undertaking the most significant overhaul of parliamentary oversight in the country, including strengthening lobbying rules to stamp out influence.

“Our reforms have given the IBAC, the Ombudsman and the Inspectorate budget independence and we’ve delivered increased funding and powers for integrity agencies – with IBAC’s expenditure almost doubling since 2015.

The government argues it invests more in IBAC per Victorian public servant than other states.

The opposition has promised to top up IBAC’s budget by $10 million per year and the Ombudsman’s by $2 million, and to give IBAC greater powers to conduct more public hearings.