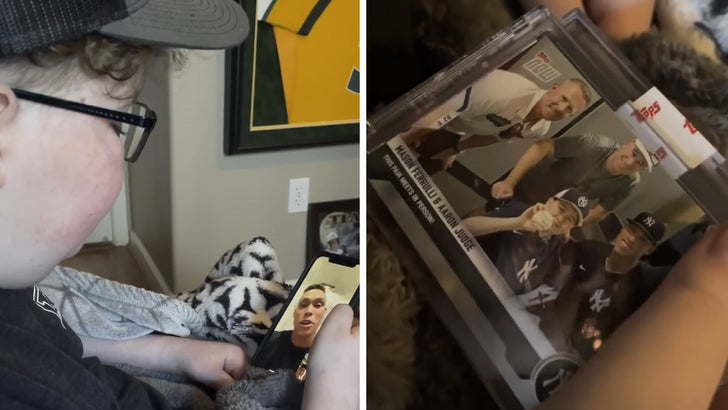 New York Yankees superstar Aaron Judge gifted a cancer survivor with a set of his own custom baseball cards this week … and the sweet moment will hit ya right in the feels.

Judge facetimed with Mason Ferrulli — a young fan who he’s formed a good relationship with over the last year — to present him the gift … and check out the footage, it’s pretty amazing.

Judge told Mason to open a box he had sent … and in it were a bunch of cards that featured an image of Mason and Judge from when they had met last year. 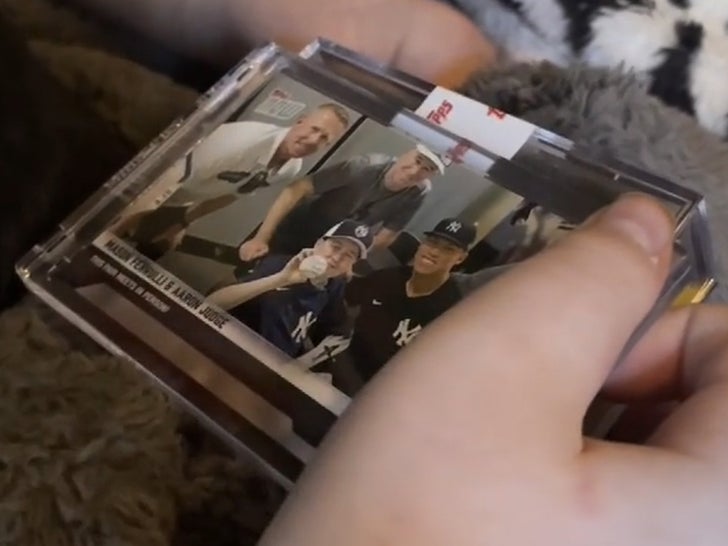 Judge explained to Mason his connections at Topps hooked it all up for him — and Mason was thrilled!

Judge and Mason have developed quite the bond over the past few months after Mason — a three-time Ependymoma brain cancer and spine cancer survivor — famously pulled one of Aaron’s rare cards out of a pack last August.

The video of Mason was so heartwarming, Judge arranged a meeting with him when the Yanks played near Mason’s hometown in Oakland last year — and he hooked up the boy with a jersey and some autographs.

The two have clearly stayed in touch ever since — and Judge told Mason on the phone call Monday he’s going to be waiting now for an autograph from Mason!

“I’ma need one,” Judge said. “You got my signature now. I’ma need you to sign one and send one to me.”