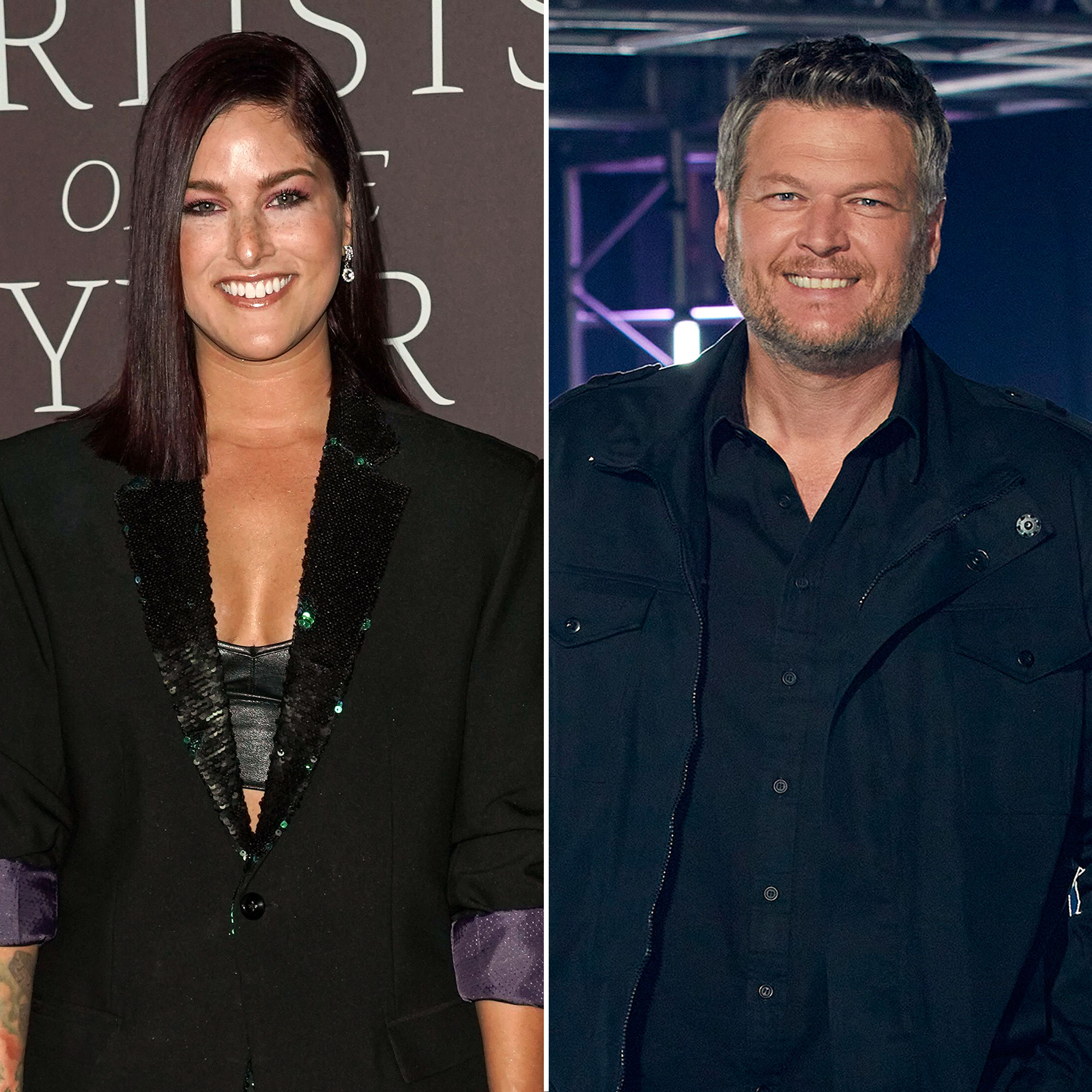 Still a team! Blake Shelton is still in Cassadee Pope‘s corner nearly 10 years after she left The Voice as a historic winner.

‘The Voice’ Coaches Through the Years: Looking Back at Who Left and Why

The Florida native, 32, keeps in touch with her former coach, 45, “a little bit here and there,” she told Us Weekly exclusively on the red carpet of the 2021 CMT Artists of the Year celebration in Nashville on Wednesday, October 13.

“He’s a busy guy,” the “Wasting All These Tears” singer teased. “But … you know, he’s been super supportive, he had me premiere my album [Stages] at an album release party a couple years ago at Ole Red downtown and he let me use his venue for that.”

Pope became the first female winner of The Voice when she was crowned the season 3 champ in December 2012. Almost a decade later, she cheered on the “God’s Country” crooner as he marked his 20th season of the NBC singing competition in March. “Me and a bunch of Voice alum[s] from the Blake team made him a video,” she recalled of the big milestone.

While she’s still on friendly terms with the Oklahoma-born artist, the ACM nominee hasn’t “heard the details” about his summer wedding to Gwen Stefani. The couple tied the knot in July after meeting on the set of The Voice six years prior.

Since her time on the reality TV series, Pope has released three records: Frame by Frame in 2013, Stages in 2019 and Rise and Shine in 2020. Her fourth album, Thrive, drops on Friday, October 15, but getting creative after The Voice wasn’t always a breeze.

“It was really grueling,” the Grammy nominee said during a 2019 interview with Country Living, admitting that it felt “really empowering” to have a little more “freedom” at this point in her career. “[Blake’s] always gonna be that person in my life that was part of such a monumental moment.” 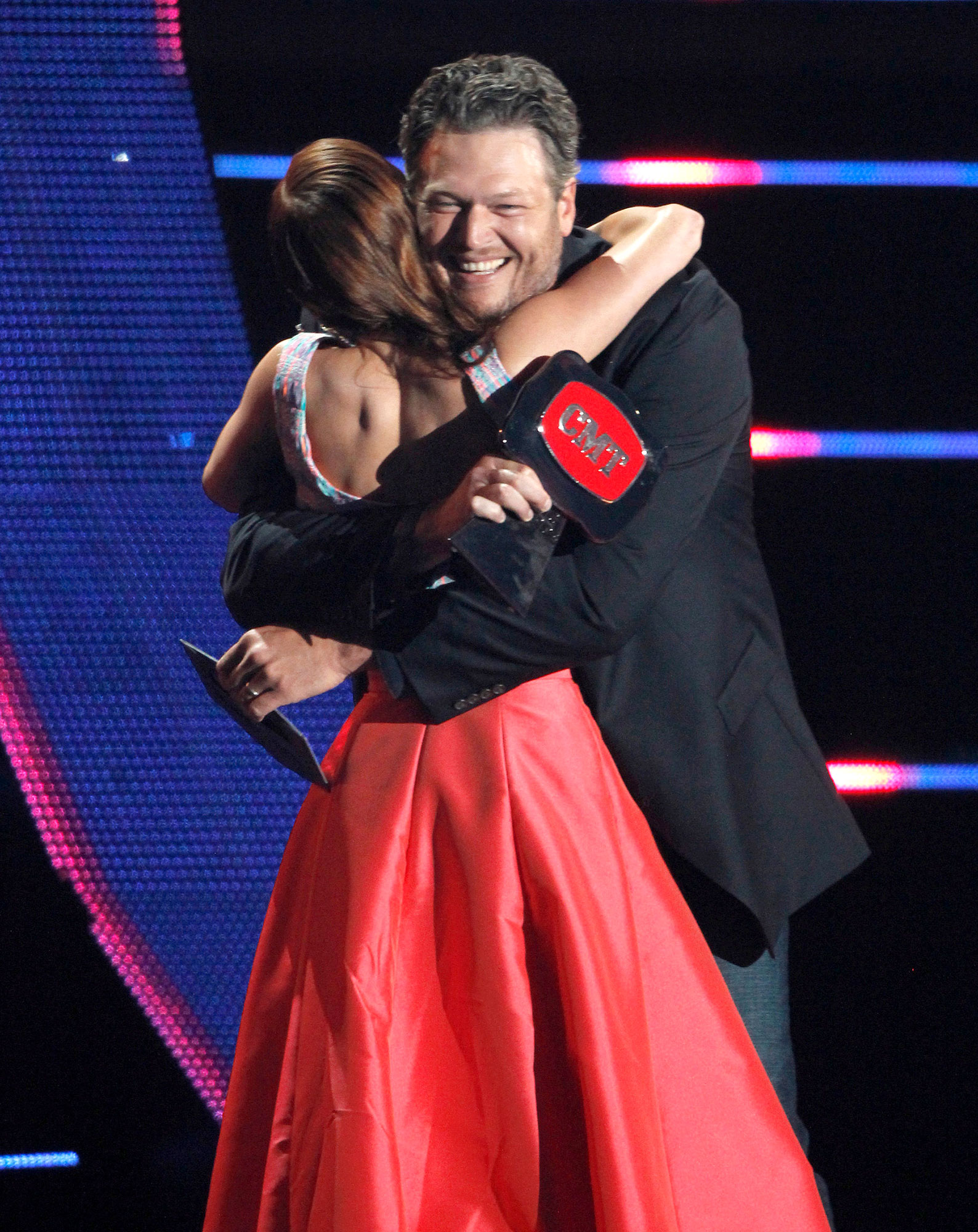 Now, Pope is looking to spread the wealth of wisdom she received from Shelton and support other female artists in the genre as one of CMT’s Next Women of Country.

“I think we all know how many obstacles are in our way just because we are women in country music,” the “Say It First” singer told Us on Wednesday. “I think it kind of gives us some grace and empathy for each other. I’ve always looked at … the other female artists in this genre as sisters and I want to help any way I can and I really appreciate when they help me out so it’s just definitely an amazing sisterhood.”

Pope has broken boundaries of her own and was excited to see 2021 Breakout Artist of the Year honoree Mickey Guyton doing the same. The “Black Like Me” singer, 37, got emotional as she accepted her CMT trophy following a powerhouse performance with four-time Grammy nominee Yola.

“I have watched [Mickey] in this town — and in this genre — grind it out and work so hard and, you know, be sort of shut out here and there and not embraced for how amazing she is,” Pope said. “And she’s finally being embraced so I’m just so happy for her and I can’t wait to cheer her on.”