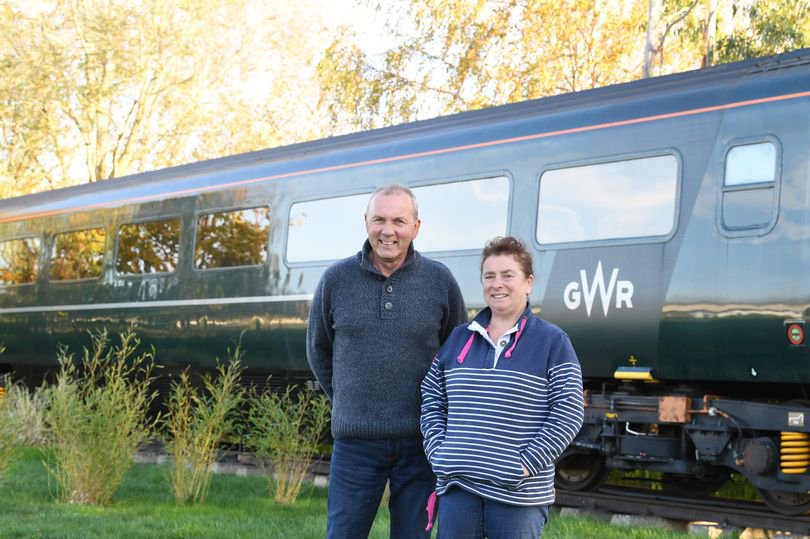 We’ve heard of a sleeper train, but now a couple has converted an old railway carriage into a hidden getaway for two.

Andrea Pearman and her partner Richard Coleman moved to Little Downham, near Ely for their retirement where they planned to build a holiday home on their land.

But they hadn’t planned to convert a train carriage until a friend suggested it.

They finished working on their unusual project this year, and in October 2022 ‘The Carriage Ely’ was open for business.

The converted railway car is a quirky place to spend the night, but it comes with all the essentials. And then some.

Outside, there’s also a fire pit, patio and little garden to enjoy. There’s even a plan to put a hot tub in at a later date.

Andrea and Richard didn’t plan to convert a train carriage. In fact, a train wasn’t even on their list of ideas.

At first, they wanted to convert a boat to pitch up in their big pond. But it turns out the water levels were too unstable, and it wasn’t going to work to have people staying on it.

But then, a friend suggested they try a train carriage – and the pair went full steam ahead.

First, they managed to find a carriage that wasn’t rusted and ancient. Then they had the challenge of towing a train carriage through narrow country roads.

Andrea said it ‘was a tight fit through the village and around the tight windy roads, it was quite a sight’.

But they made it, and in July they started the renovations.

Andrea said they wanted to preserve as much as they could from the original train, as some conversions just gut the whole thing.

They got builders in to help recreate the carriage, and they ‘all kind of winged it together’, Andrea said.

A few months later it was ready to go.  The second half of the carriage will be converted to be ‘more rustic’ and made with dog-owners in mind.

‘Walking around the area is amazing’, Andrea says, so they want to be able to host dog lovers too.

The business has been booming, and ‘everybody has loved it and enjoyed it’, Andrea added.

‘This is a quirky and exciting place to stay, the hosts are lovely and pay attention to detail, this is reflected in The Carriage the decor, the soft furnishings and the overall experience of staying with them,’ wrote one reviewer.

Another added: ‘Everything we needed was provided and easy to find. Lots of unusual and quirky railway memorabilia to be discovered inside.

‘The carriage was well designed with couples in mind and our stay in the area was very enjoyable.’