Home » Lifestyle » ‘Dazzling’ Harry is back: ‘Cheeky smile was back in place’ as Prince returns to UK

‘Dazzling’ Harry is back: ‘Cheeky smile was back in place’ as Prince returns to UK

Prince Harry met children at Kew Garden’s yesterday at a rescheduled event for the WellChild Awards. He also spoke with pop stars Ed Sheeran and Anne-Marie.

He discussed his son Archie with the celebrities at the event, bonding with Ed Sheeran over fatherhood.

Ed asked Harry: “Congratulations, a girl right? We just had a little girl ten months ago now. You’re still in the trenches now. How do you manage with two?”

The Prince replied: “Two is definitely a juggle.” 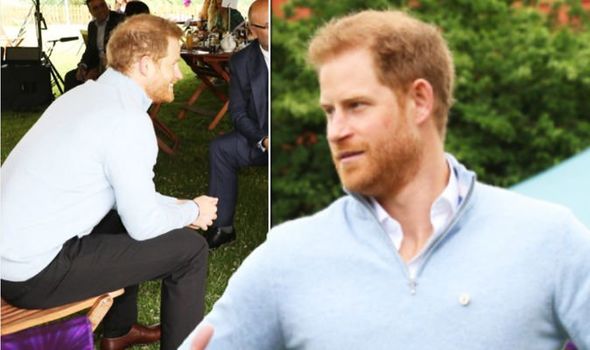 “First there was the more reflective and slightly dour-looking man who arrived in his car with a deadpan eye expression and his finger across his lips in a gesture of caution and wariness.

“Secondly he launched the familiar ‘dazzling’ version of Harry that fans have been missing, meeting winners and celebrities with the same levels of animated fun, clearly picking his moments in terms of when to create contagious smiles and when to use active listening signals to register empathy and concern.

“The cheeky smile was back in place, with his slightly jutting lower jaw and his eye-crinkling suggesting genuine delight at having fun with the younger guests.

“Sitting forward to talk to the parents he pushed his feet under his chair to lower his status and be seen as accessible as he listened and his trait of touching his chin formed part of that active listening ritual that implied he had all the time in the world to chat.”

She went on: “Third there was also a suggestion of Harry’s military background and his leadership traits here too as he stood with his hands on his hips in a confident splay gesture or even posed in the centre of the group for the official photo with his legs splayed and chest puffed with what looked like almost military pride.

“But there were touches of ‘Hollywood Harry’ here too, in some of his expressive and exaggerated hand gestures that involved holding his hands up near his chest and his stomach as he spoke.

“These more emotional gestures show Harry in his ‘guru’ or change the world mode, expressing passion for some of his causes.” 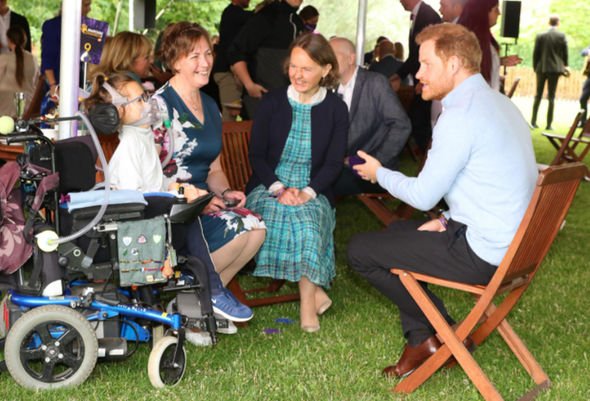 The Prince has travelled back to the UK from his new Californian home in Montecito.

The royal has left behind his wife former actress Meghan Markle and their two young children.

His youngest, a girl named Lilibet, is only a few months old.

Today he will join Prince William in the grounds of Kensington Palace to unveil the statue of their mother Princess Diana. 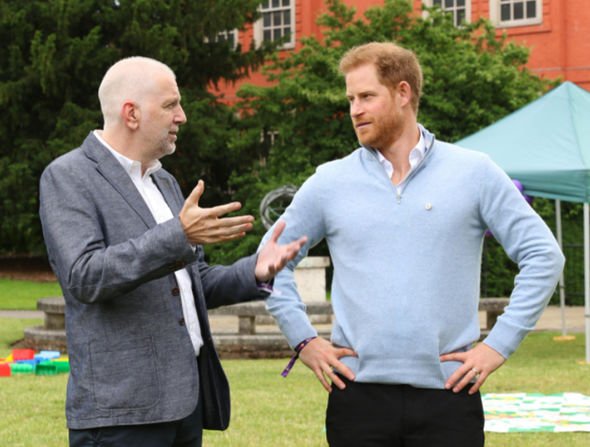 Judi has analysed Kate Middleton and Prince William’s marriage, claiming they have reached a “new level” in their marriage.

She explained they have always been competitive, but this aspect of their relationship seems to have been taken to a “new level” recently.

“They have always been a hilariously and openly competitive couple,” she told Express.co.uk.

“Especially when they’re pitted against one another in any sport and they have always been the most relaxed and vivacious-looking when doing so.”